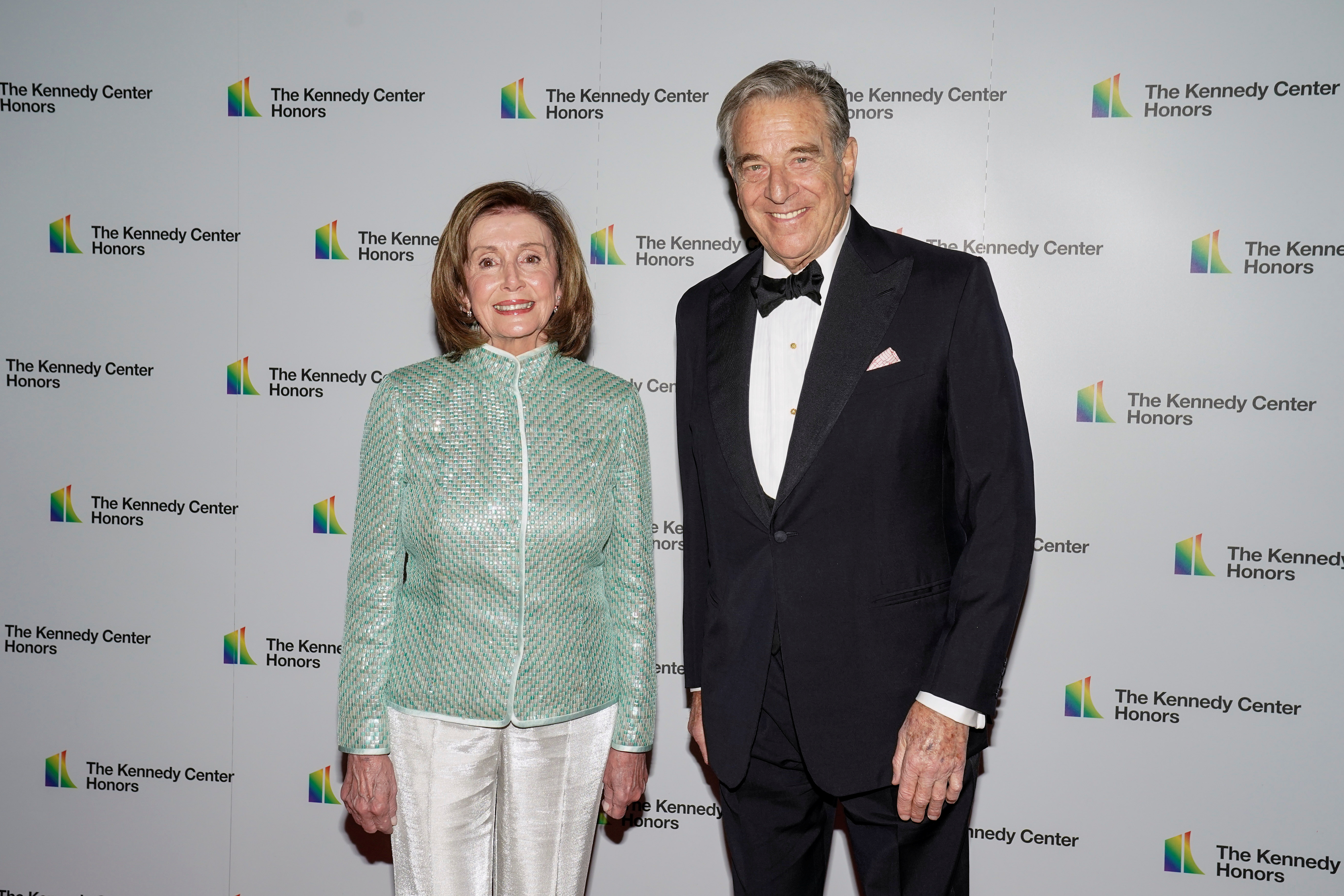 Speaker of the House Nancy Pelosi, D-CA and her husband Paul Pelosi arrive for the formal Artist’s Dinner honoring the recipients of the 44th Annual Kennedy Center Honors at the Library of Congress in Washington, D.C., U.S., December 4, 2021. REUTERS/Ken Cedeno

A San Francisco police officer testified on Wednesday that he witnessed the attack on U.S. House of Representatives Speaker Nancy Pelosi’s husband when the suspect attacked Paul Pelosi with a hammer in late October.

Prosecutors at the preliminary hearing for suspect David Wayne DePape, 42, played a recording of Paul Pelosi’s 911 call during the hearing and showed video of the attack from police body cameras, USA Today reported.

“My partner said, ‘Drop the weapon’ …. He started to pull the hammer, Mr. Pelosi let go and the man lunged and hit Mr. Pelosi in the head,” San Francisco Police Officer Kyle Cagney testified on Wednesday, adding the House speaker’s husband was struck “very hard,” according to the USA Today report.

The suspect, demanding to see the House speaker, had broken into her San Francisco home and attacked her husband in an assault that had stoked fears about political violence in the United States in the days leading to the midterm elections.

San Francisco Police Sergeant Carla Hurley, who interviewed DePape on the day of the attack, testified to the hearing on Wednesday that the assailant told her he wanted to target other people too, including California Governor Gavin Newsom, actor Tom Hanks and President Joe Biden’s son Hunter Biden, CBS News reported.

San Francisco Superior Court Judge Stephen Murphy conducted the hearing on Wednesday to establish if there was enough evidence to bring the suspect to trial.

After the attack, Paul Pelosi, 82, underwent surgery for a skull fracture and injuries to his right arm and hands. He was releasedfrom hospital in early November. The suspect was arrested and faced charges of attempted murder and other felonies.