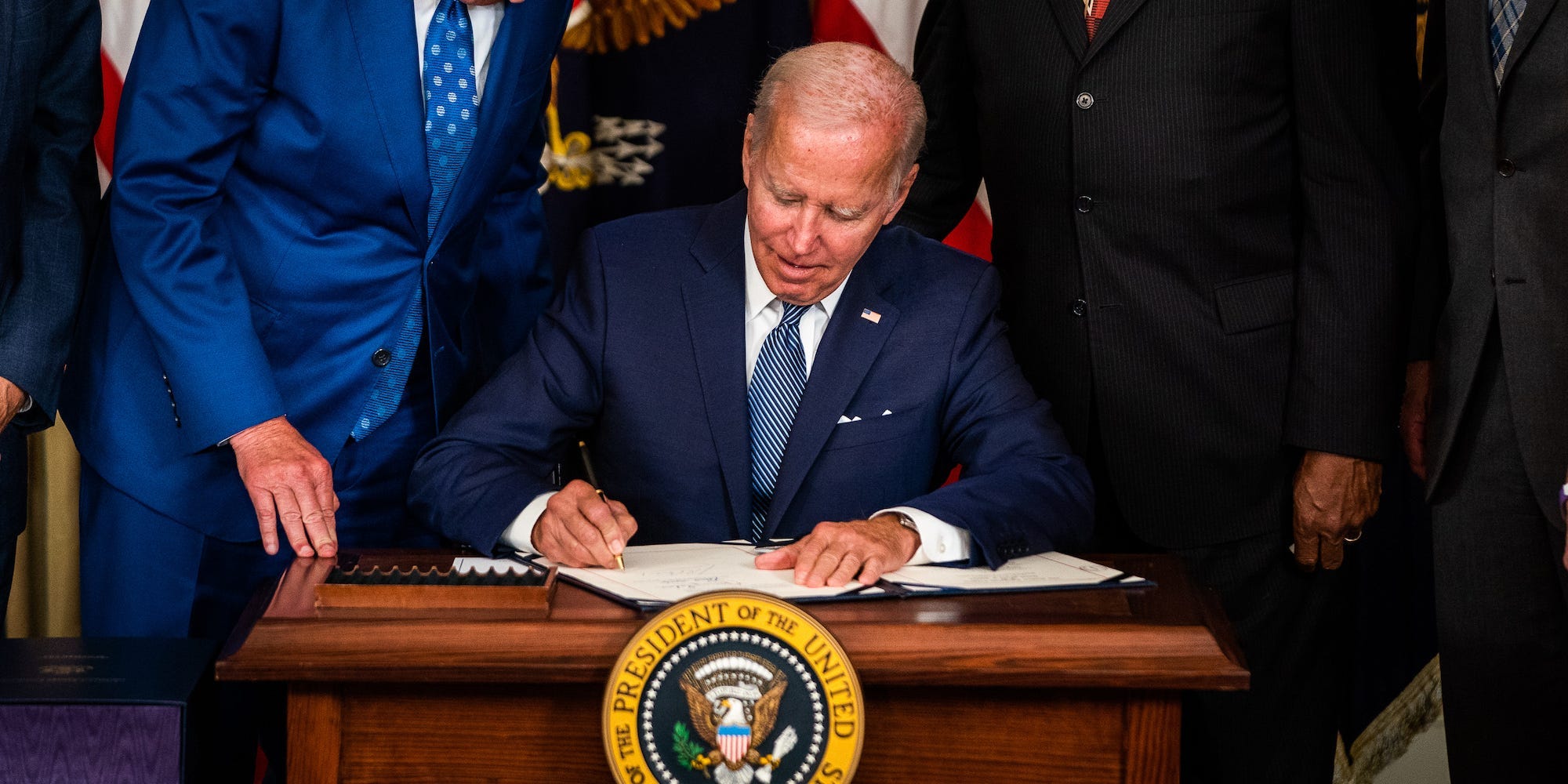 President Joe Biden signed the Respect for Marriage Act into law on Tuesday.

President Joe Biden signed the Respect for Marriage Act into law on Tuesday, capping off a months-long debate that began after the Supreme Court overturned Roe v. Wade in June.

“Today’s a good day,” said Biden at a ceremony on the South Lawn that was also attended by singer and LGBT activist Cyndi Lauper and musical artist Sam Smith. “A day America takes a vital step toward equality. Toward liberty and justice. Not just for some, but for everyone.”

The new law, designed to protect same-sex and interracial marriage, formally repeals the 1996 Defense of Marriage Act (DOMA), which defined marriage at the federal level as being solely between a man and a woman. It will also require states to recognize marriages performed in other states.

While the Supreme Court overturned DOMA in 2013 and required states to perform same-sex marriages with its Obergefell v. Hodges decision in 2015, those rulings and others were thrown into question this year when a majority composed of conservative justices overturned Roe v. Wade and revoked the constitutional right to an abortion.

Associate Justice Clarence Thomas wrote in a concurring opinion to the June ruling that other precedents, including the Obergefell decision finding a constitutional right to same-sex marriage, should be “reconsidered” as well.

Biden addressed Thomas’ June opinion during his address on Tuesday at the White House.

“Congress is acting because an extreme Supreme Court has stripped away the right important to millions of Americans that existed for half a century,” he said, adding that Thomas “thinks we should reconsider” constitutional rights to marriage and contraception.