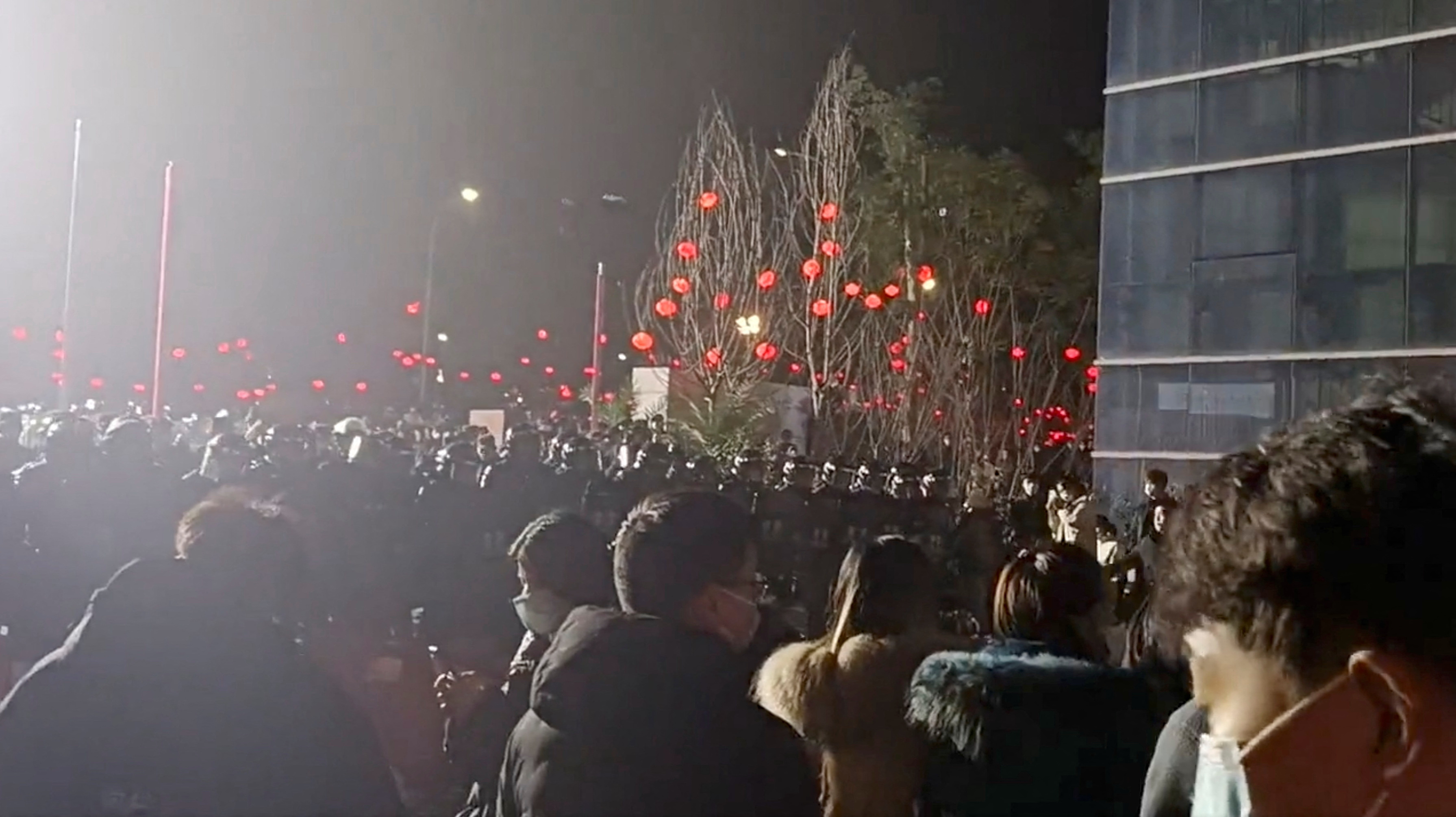 Police intervene at a protest at a factory, amid the coronavirus disease (COVID-19) outbreak in Chongqing, China in this screen grab from a video released on January 7, 2023 obtained by Reuters/via REUTERS. THIS IMAGE HAS BEEN SUPPLIED BY A THIRD PARTY. NO RESALES. NO ARCHIVES.

Protesters clashed with police in central China during a demonstration on Saturday by hundreds of people at a factory producing COVID-19 antigen kits, several videos posted to social media showed.

Online users said the protest was over wages and the layoff of several workers by the manufacturer, Zybio, in the central municipality of Chongqing.

Reuters was unable to obtain any immediate comment from Zybio, but verified, via geolocation, that some of videos were filmed at the company’s factory in Chongqing.

A person who answered a phone call at Zybio’s headquarters declined to comment on Sunday. Emails to the company were not immediately answered.

Protests are not rare in China, which has over the years seen people demonstrate over issues such as financial scams or labour disputes.

But authorities have been on higher alert after a series of protests late last year, including worker unrest at Apple (AAPL.O) supplier Foxconn’s (2317.TW) massive iPhone factory in central China, as well as widespread protests in Chinese cities and top universities against COVID restrictions.