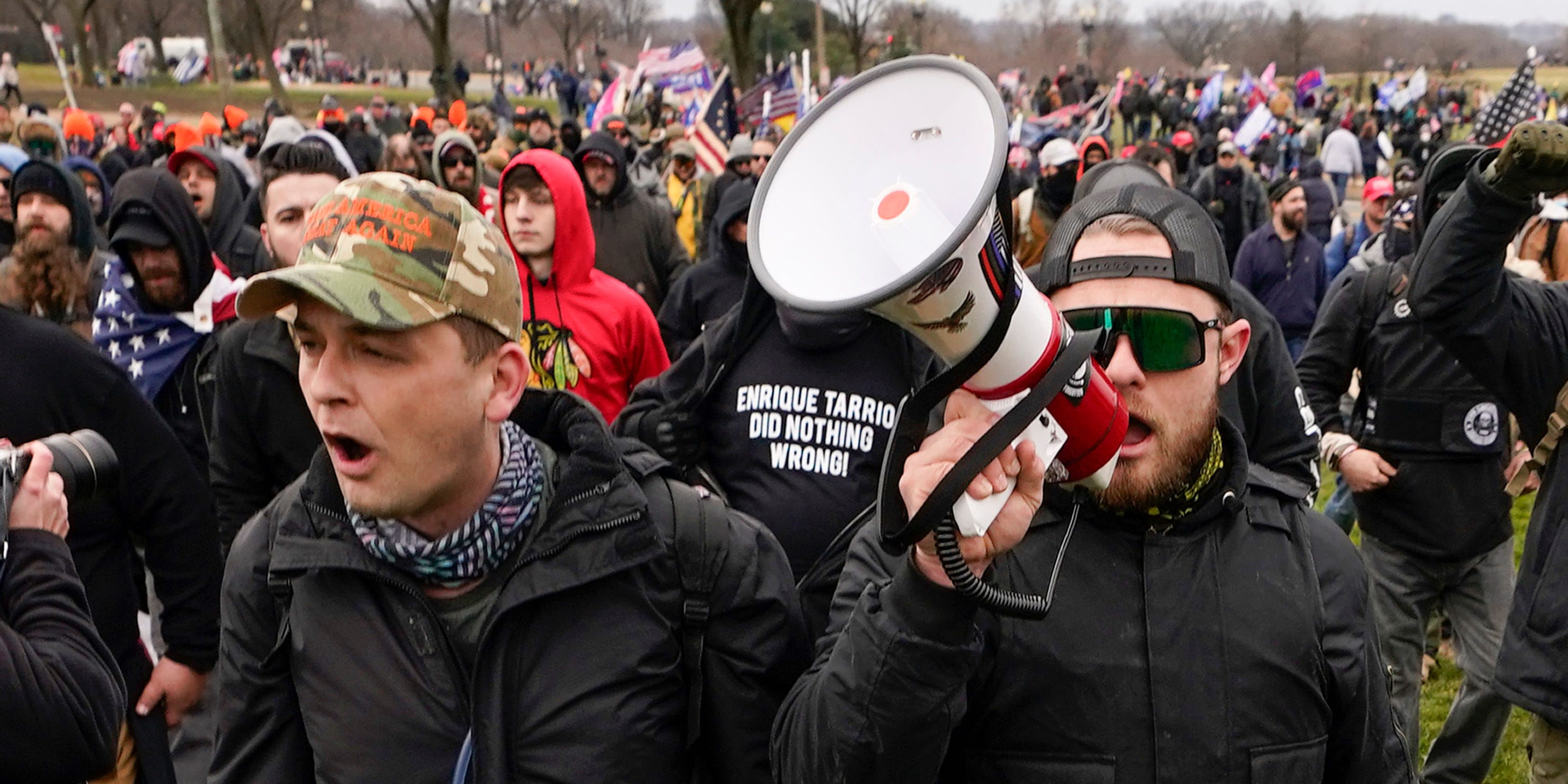 Proud Boys leader Enrique Tarrio and four of his lieutenants conspired to storm the US Capitol and stop the peaceful transfer of power from then-President Donald Trump to President-elect Joe Biden, the Justice Department argued on Thursday in the high-profile and long-awaited trial.

“One president called it nothing less than a miracle that we simply pass the most powerful job in our country from person to person without violence,” Assistant US attorney Jason McCullough told jurors in federal district court in Washington, DC.

But these five men – Tarrio, Ethan Nordean, Joseph Biggs, Zachary Rehl, Dominic Pezzola – “sought to change this,” McCullough continued, pointing out the defendants to the jury in the courtroom.

The federal prosecutors laid out their case against the Proud Boys members for more than an hour, alleging that under Tarrio’s direction, the group banded together to stop Congress from certifying the 2020 election on January 6. The most serious and rare charge brought against the defendants is seditious conspiracy, which is when two or more people agree to “overthrow, put down, or to destroy by force” the US government.

The accused men have pleaded not guilty and their lawyers have argued that they had no plans to storm the Capitol or engage in violence on January 6.

McCullough showed jurors a slew of photos and videos of Nordean, Biggs, Rehl and Pezzola among the crowd that broke into the Capitol on January 6. Tarrio was not present, having been arrested two days prior for an unrelated incident, but he led the effort to obstruct the electoral certification, prosecutors alleged.

“They took aim at the heart of our democracy,” McCullough said, also sharing public and private messages that the defendants exchanged in the lead-up and on January 6. “They had agreed: use any means necessary, including force, to stop Congress from certifying the election.”

“Make no mistake…,” read one text from Tarrio sent at 2:40 p.m. after rioters broke into the Capitol, according to prosecutors. “We did this,” read another text.

In the aftermath of the riot, prosecutors shared other messages, claiming that the defendants had “celebrated” their actions.

“I’m proud as fuck at what we accomplished yesterday,” read one message from Biggs, according to prosecutors.

The DOJ also invoked comments made by Trump during a September 29, 2020, presidential debate, telling the Proud Boys to “stand back and stand by” when he was pushed to condemn white supremacists and militia groups.

“When it became clear that Donald Trump would be voted out of office,” McCullough said Thursday, “these men did not stand back, they did not stand by, instead, they mobilized.”

The trial is expected to last over a month. It comes following more than a week-long jury selection, with 12 jurors seated and four alternates, made up of seven men and nine women.

The defense teams had repeatedly sought, without success, to move the trial out of politics-obsessed DC, arguing that the city’s residents, steeped in the recent barrage of news about the House Select Committee wrapping up its the insurrection investigation, cannot be fair.

Rehl’s attorney, Carmen Hernandez, called for a mistrial immediately after the DOJ wrapped up its opening statements Thursday, arguing that parts of its presentation were “misleading” and “inflammatory.”

Home » Audio Sources - Full Text Articles » Proud Boys ‘did not stand back’ as Trump once said but ‘mobilized’ on January 6, prosecutor argues in trial opening
a