Listen to this article
2022-12-19T23:35:10Z
Russian President Vladimir Putin visited Belarus on Monday (December 19) along with his defence and foreign ministers, fanning fears in Kyiv that he intends to pressure his ex-Soviet ally to join a fresh ground offensive that would open a new front against Ukraine.

Russian President Vladimir Putin and his Belarusian counterpart extolled ever-closer ties on Monday as Putin visited Minsk for the first time since 2019, hardly mentioning the war raging in nearby Ukraine at a joint news conference.

Russian forces used Belarus as a launch pad for their abortive attack on the Ukrainian capital Kyiv in February, and there has been Russian and Belarusian military activity there for months.

Ukrainian joint forces commander Serhiy Nayev had said he believed the Minsk talks would address “further aggression against Ukraine and the broader involvement of the Belarusian armed forces in the operation against Ukraine, in particular, in our opinion, also on the ground”.

But none of the journalists invited to speak asked Putin or Belarusian President Alexander Lukashenko – who has repeatedly said his country will not be drawn into Ukraine – about the war.

They in turn devoted their answers to ever-closer economic, industrial and defense alignment between their two former Soviet states – already formally allied in a somewhat nebulous “Union” – and to the excitement of Sunday’s World Cup soccer final in Qatar.

Belarus’ political opposition, largely driven into jail, exile or silence, fears a creeping Russian annexation or “absorption” of its much smaller Slavic neighbor which, like Russia, has been hurt by sweeping Western economic sanctions.

Both Putin and Lukashenko dismissed the idea.

“Russia has no interest in absorbing anyone,” Putin said. “There is simply no expediency in this … It’s not a takeover, it’s a matter of policy alignment.”

Asked about this comment, U.S. State Department spokesperson Ned Price said it should be treated as the “height of irony”, given it was “coming from a leader who is seeking at the present moment, right now, to violently absorb his other peaceful next door neighbor.”

He added that Washington would continue to watch very closely whether or not Belarus would provide additional support to Putin and would respond “appropriately” if it does.

Lukashenko, at one point calling Putin an “older brother”, praised Russia as a friend that had “held out its hand to us”, providing Belarus with oil and gas at discounted prices.

“Russia can manage without us, but we can’t (manage) without Russia,” he said.

Although Putin and Lukashenko have met numerous times this year, it was Putin’s first trip to Minsk since before the COVID pandemic and a wave of pro-democracy protests in 2020 that Lukashenko crushed with strong support from the Kremlin.

The perception that Lukashenko, a pariah in the West, depends on Putin for his survival had fanned fears in Kyiv that Putin would pressure him to join a fresh ground offensive and open a new front in Russia’s faltering invasion of Ukraine.

Ukraine’s top general, Valery Zaluzhniy, told the Economist last week that Russia was preparing 200,000 fresh troops for a major offensive that could come from the east, south or even from Belarus as early as January, but more likely in spring.

Moscow and Minsk have set up a joint military unit in Belarus and held numerous exercises. Three Russian warplanes and an airborne early warning and control aircraft were deployed to Belarus last week.

But Kremlin spokesman Dmitry Peskov, speaking to Russian news agencies before the meeting, called suggestions that Moscow wanted to draw Minsk into the conflict “stupid and unfounded fabrications”.

The one-on-one meeting between Putin and Lukashenko followed a broader meeting that also included the countries’ foreign and defense ministers, among others.

Belarus’ veteran leader said there had been agreement on a new price for supplies of Russian gas, but declined to provide details before his government had discussed it.

He thanked Putin for fulfilling a promise to upgrade Belarus’ Russian-built military jets and supply Belarus with nuclear-capable Iskander-M tactical missile systems to defend itself against what he called the threat from the West.

“You’ve made a decisive and important step towards Belarus’ security,” he said. 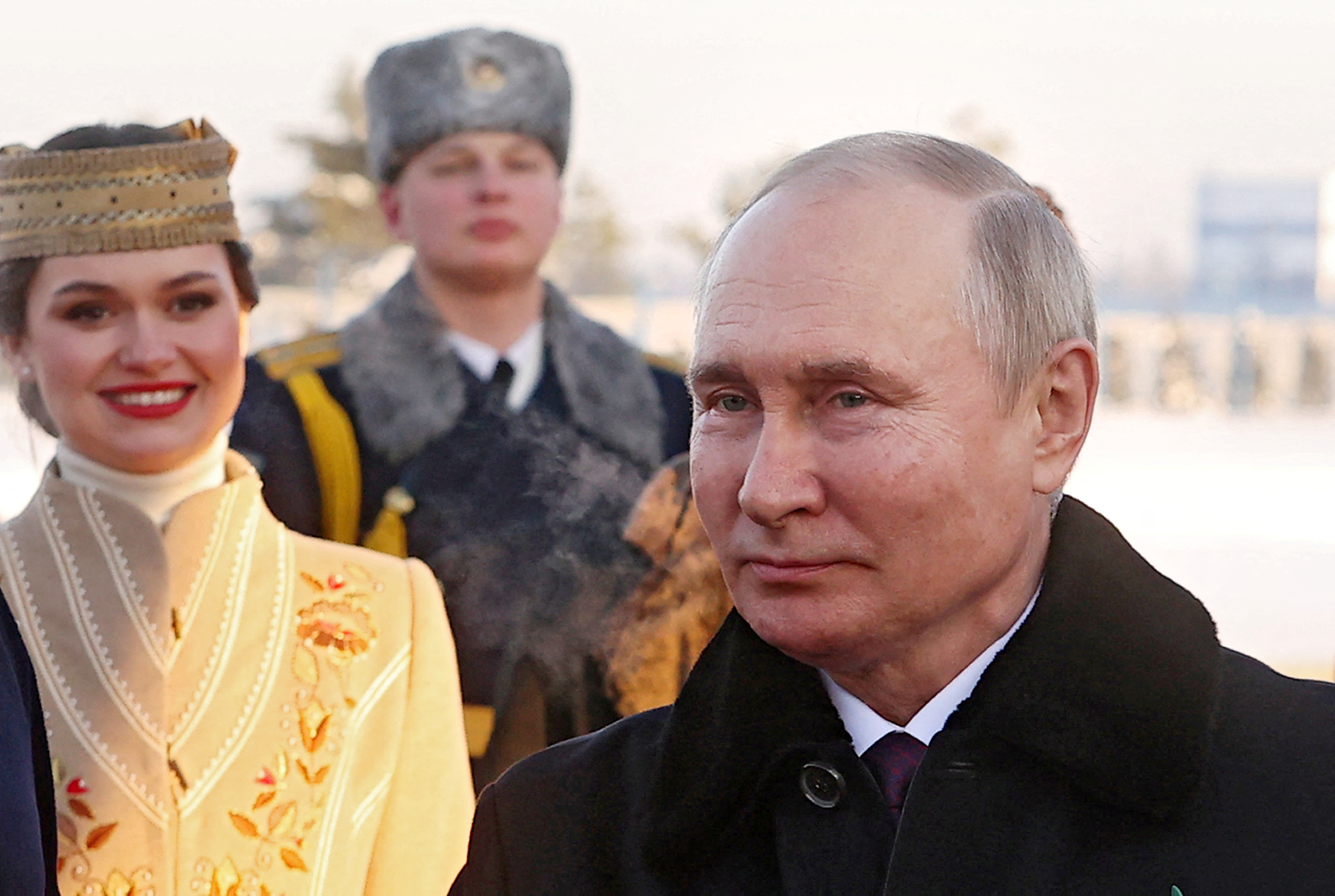 Russian President Vladimir Putin walks after disembarking from a plane upon his arrival at the National Airport Minsk in Minsk, Belarus December 19, 2022. Sputnik/Sergei Karpukhin/Pool via REUTERS 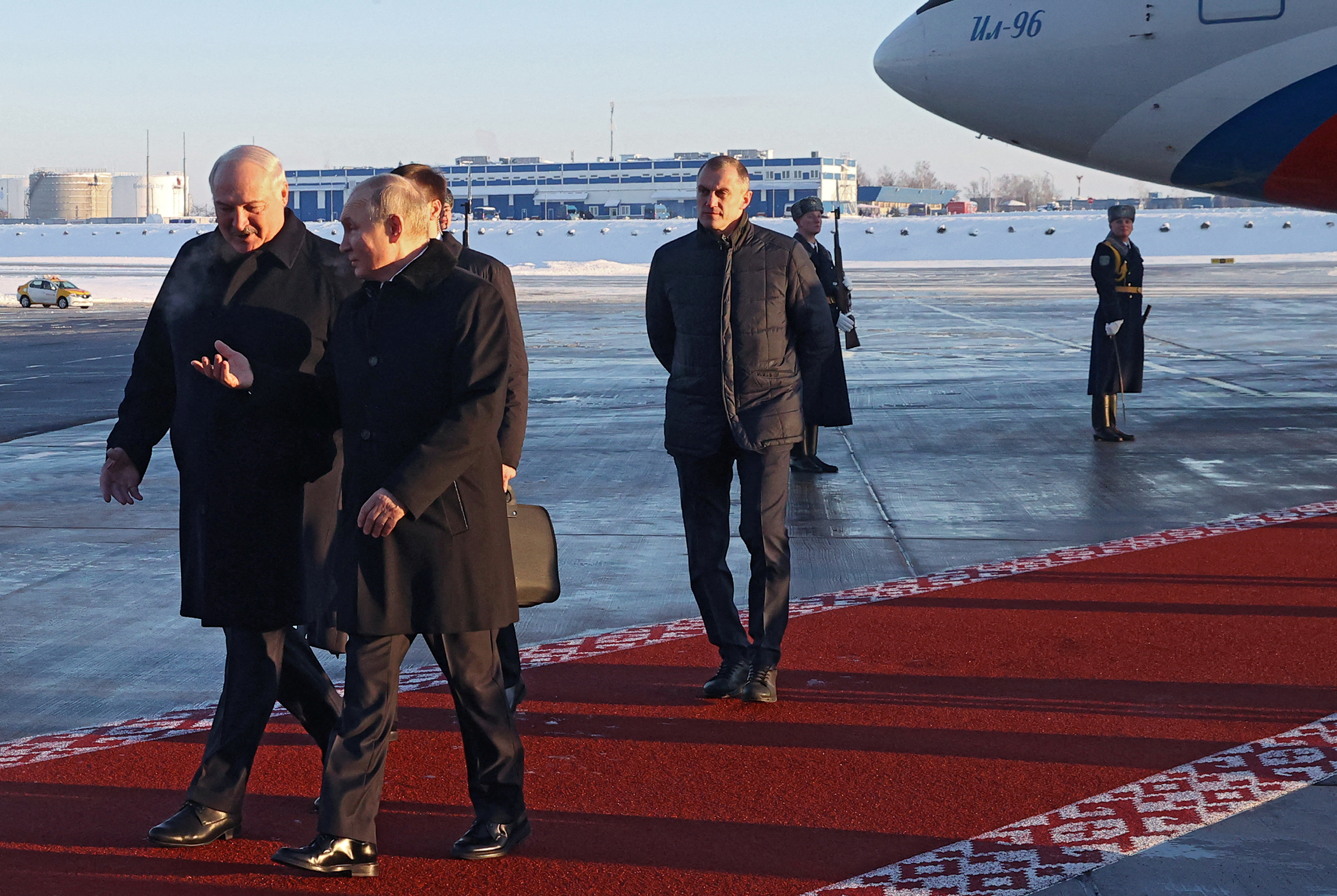 Russian President Vladimir Putin, accompanied by Belarusian President Alexander Lukashenko, walks after disembarking from a plane upon his arrival at the National Airport Minsk in Minsk, Belarus December 19, 2022. Sputnik/Sergei Karpukhin/Pool via REUTERS 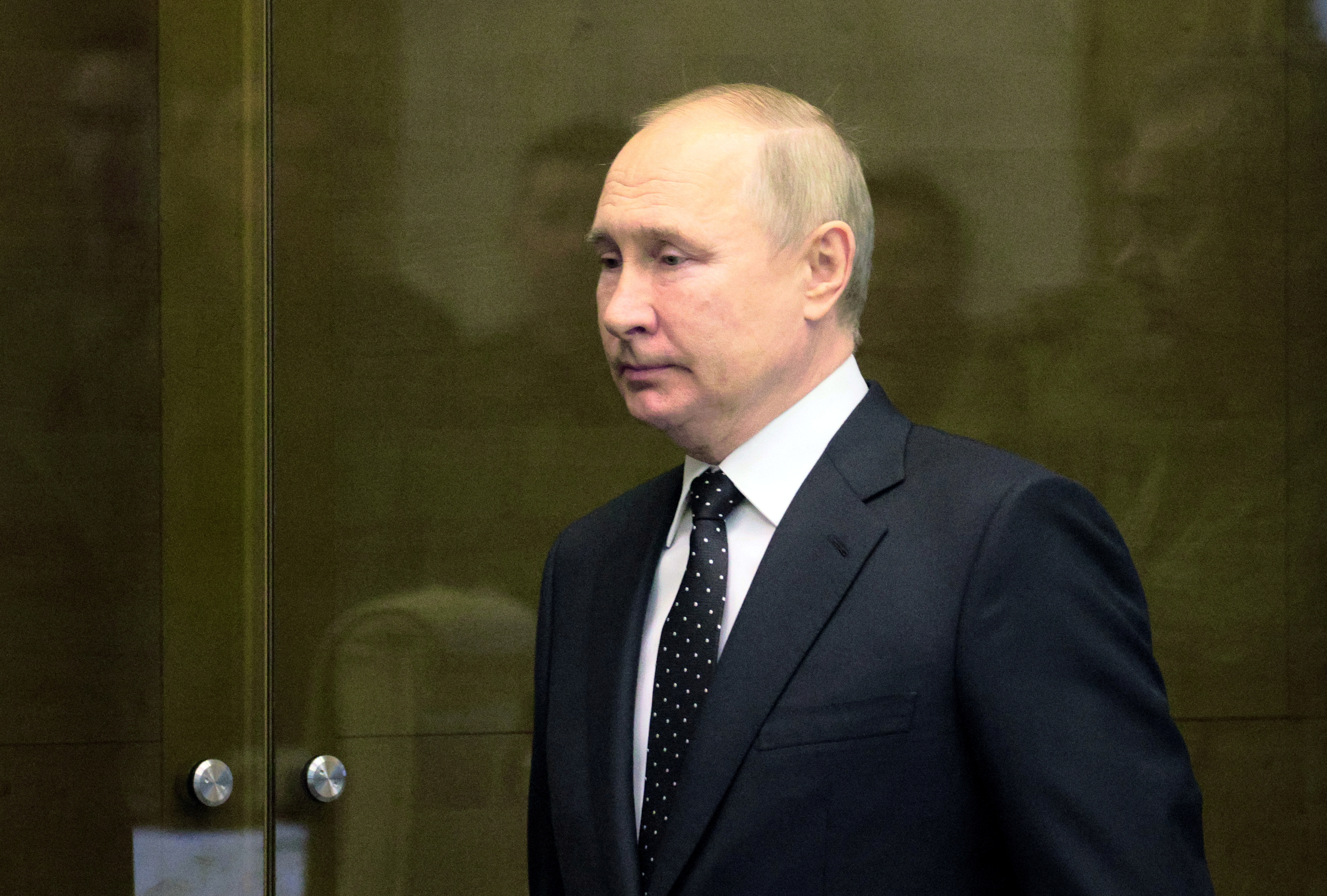