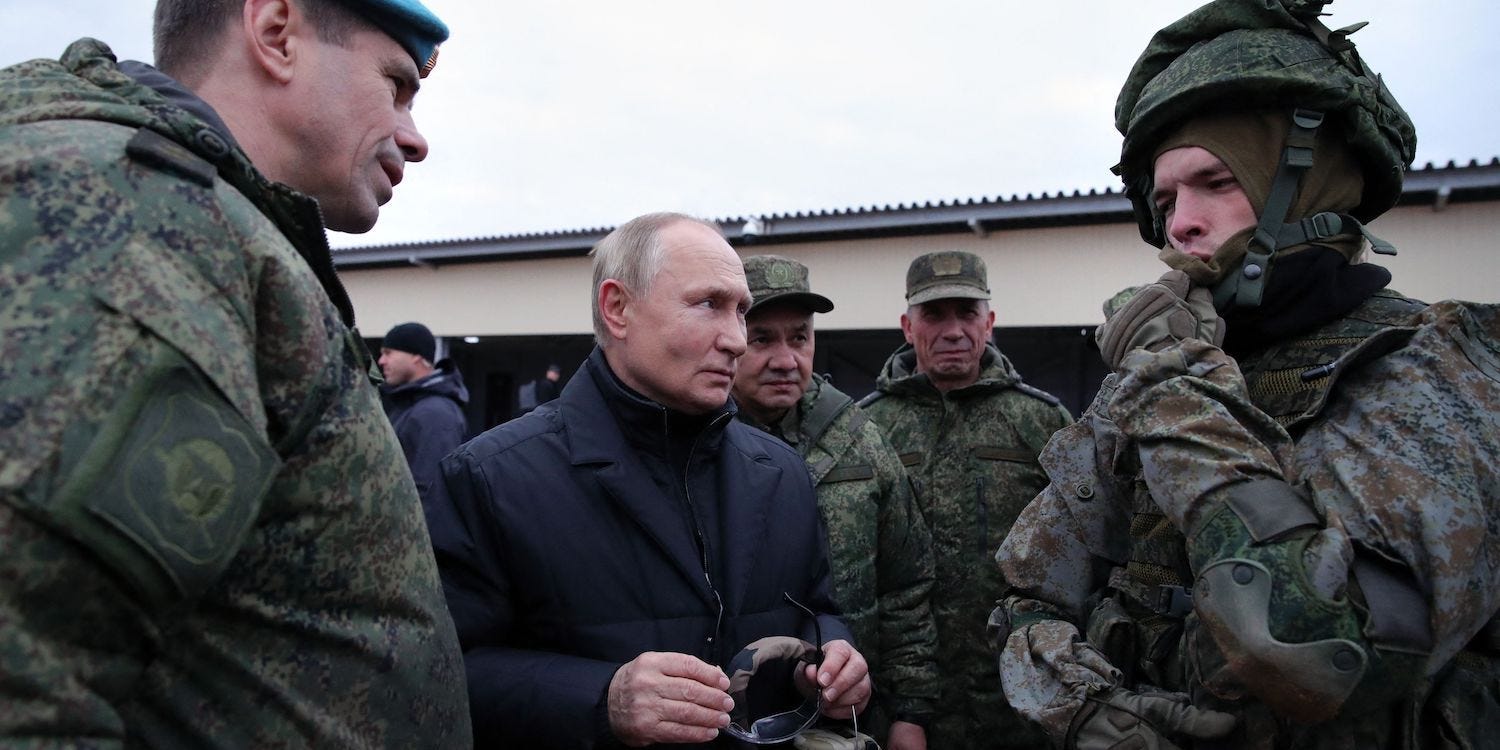 Russian President Vladimir Putin and Defence Minister Sergei Shoigu meet soldiers during a visit to a military training centre outside the town of Ryazan on October 20, 2022.

Russian President Vladimir Putin has been presented with plans to expand Russia’s military by around 30%, bringing it to 1.5 million personnel, including some who would be stationed near Russia’s border with EU countries, according to the UK Ministry of Defence.

The MOD said in a Friday intelligence update that Putin was presented with the plans on December 21, and that they involve plans to boost Russia’s military to deal not just with fighting in Ukraine but with other challenges the country has faced since it launched its invasion in February.

Russia’s Defense Minister Sergei Shoigu told Putin that the new troops would include the expansion of at least two brigades in north-western Russia, the MOD said, with Shoigu citing the supposed threat from Finland and Sweden’s likely accession to NATO.

Sweden and Russian neighbor Finland applied to join NATO in May, citing Russia’s invasion of Ukraine, and are close to the end of the process. Putin has repeatedly threatened to retaliate, but so far it has been just talk.

The MOD update comes after Shoigu said on Monday that “given NATO’s desire to increase its military potential near the Russian borders, as well as to expand the alliance by adding Finland and Sweden, it is necessary to take retaliatory measures and to create an appropriate grouping of troops in the northwest of Russia.”

It is not clear when Russia would reach this new amount of troops, or how it will manage to do so given its focus on the fighting in Ukraine, the MOD noted.

Russia’s army has struggled since its invasion of Ukraine, with widespread reports and intelligence updates highlighting poor training and low morale among its troops.

In September, Russia announced a partial mobilization of an additional 300,000 troops, which it said was completed in October.

The country currently has more than 1 million active military personnel. It is estimated to have suffered approximately 100,000 casualties in Ukraine since the invasion began in late February.

Home » Audio Sources - Full Text Articles » Russia is considering plans to expand its military by around 30%, to 1.5 million troops, says British intelligence
a