Belarus allowed its territory to be used as a launchpad for Moscow’s Feb. 24 invasion of neighbouring Ukraine, but has not joined the fighting directly.

“Protecting our border, both with Russia and Belarus – is our constant priority,” Ukrainian President Volodymyr Zelenskiy said after a meeting on Sunday of Ukraine’s top military command. “We are preparing for all possible defence scenarios.”

Putin heads for Belarus for his first visit in 3-1/2 years with the Kremlin describing it as a broad “working visit” and talks with Belarusian President Alexander Lukashenko.

Lukashenko has said repeatedly he has no intention of sending his country’s troops into Ukraine. But Ukrainian officials have warned for months that Belarus could again serve as a base for a ground attack on Kyiv.

It was not immediately clear when and where in Belarus the latest in a flurry of recent exercises will start.

Kyiv’s mayor said preliminary information suggested there were no deaths or injuries from the attack on the capital, and medics were working at the sites of the strikes in the Solomyanskyi and Shevchenkivskyi districts.

“As a result of the attack on the capital, critical infrastructure facilities were damaged,” Mayor Vitali Klitschko said on the Telegram messaging app.

Several loud blasts were heard on Monday, but it was not immediately clear whether they were air defence systems destroying the drones or drones hitting their targets.

The 10-month-old conflict in Ukraine is the biggest in Europe since World War Two, killing tens of thousands of people, driving millions from their homes and reducing cities to ruins.

Zelenskiy told Ukrainians the armed forces were holding firm in the town of Bakhmut – scene of the fiercest fighting for many weeks as Russia attempts to advance in eastern Ukraine’s Donetsk region.

“The battlefield in Bakhmut is critical,” he said. “We control the town even though the occupiers are doing everything so that no undamaged wall will remain standing.”

Denis Pushilin, Russian-installed administrator of the portion of the Donetsk region controlled by Moscow, said that Ukrainian forces shelled a hospital in the Donetsk city, killing one person and injuring several others.

Reuters could not independently verify the battlefield accounts.

Putin casts what he calls Russia’s “special military operation” in Ukraine as a watershed moment when Moscow finally stood up to the Western bloc, led by the United States, seeking to capitalize on the 1991 fall of the Soviet Union by destroying Russia.

Kyiv and the West say Putin has no justification for what they have decried as an imperial-style war that has resulted in Russia now controlling around a fifth of Ukraine.

While the drills have been held annually since 2012, Moscow has sought to strengthen its political, security and economic links with Beijing in recent months and sees Chinese President Xi Jinping as a key ally in an anti-West alliance.

Henry Kissinger, 99, an architect of the Cold War policy of detente towards the Soviet Union and China as U.S. secretary of state in the 1970s, said it was time for a negotiated peace in Ukraine.

“The time is approaching to build on the strategic changes which have already been accomplished and to integrate them into a new structure towards achieving peace through negotiation,” Kissinger wrote in The Spectator magazine.

Ukraine rejected the proposal, saying it amounted to appeasing the aggressor.

“All supporters of simple solutions should remember the obvious: any agreement with the devil – a bad peace at the expense of Ukrainian territories – will be a victory for Putin and a recipe for success for autocrats around the world,” Ukrainian presidential aide Mykhailo Podolyak said on Telegram.

There are no peace talks currently under way. 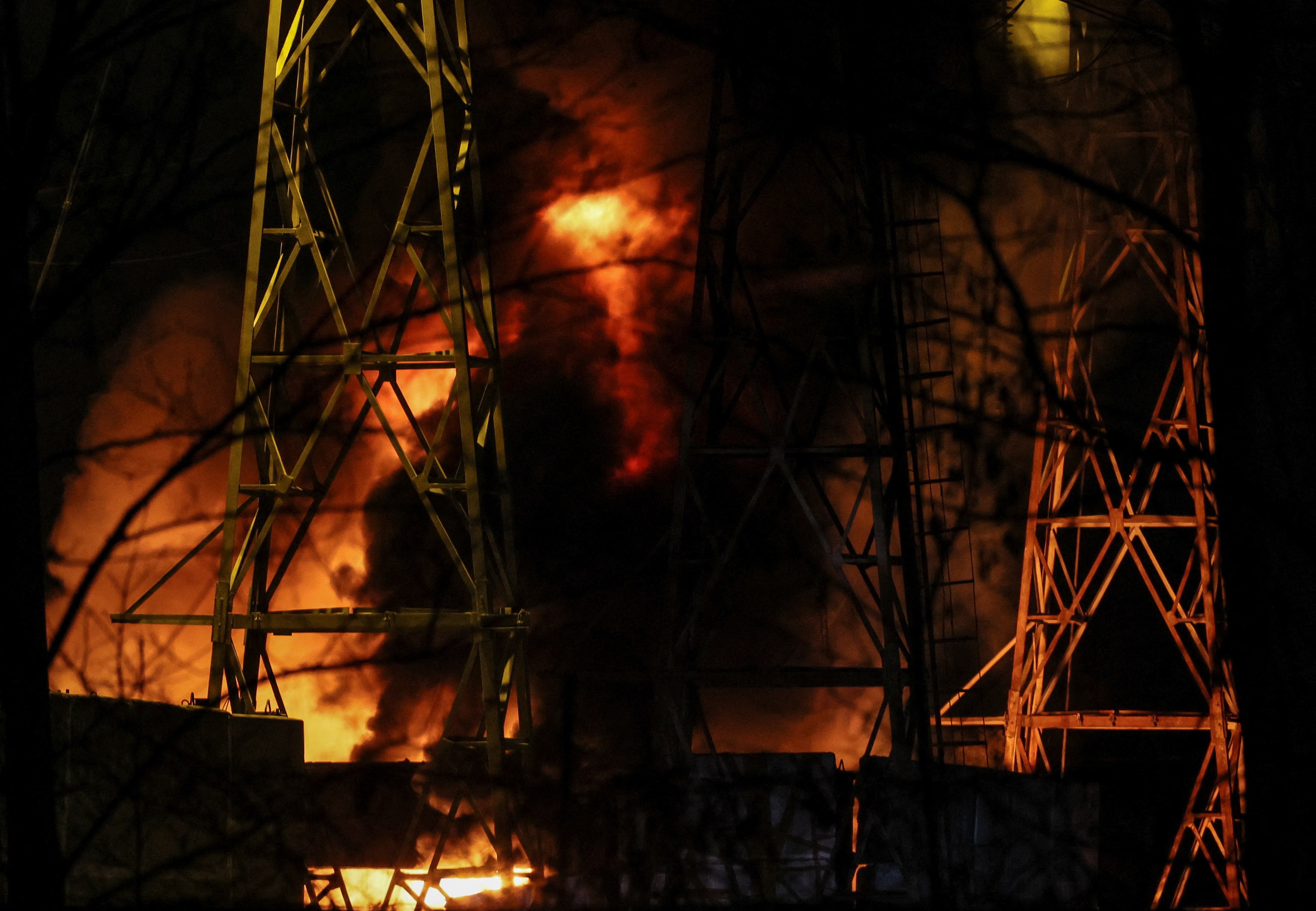 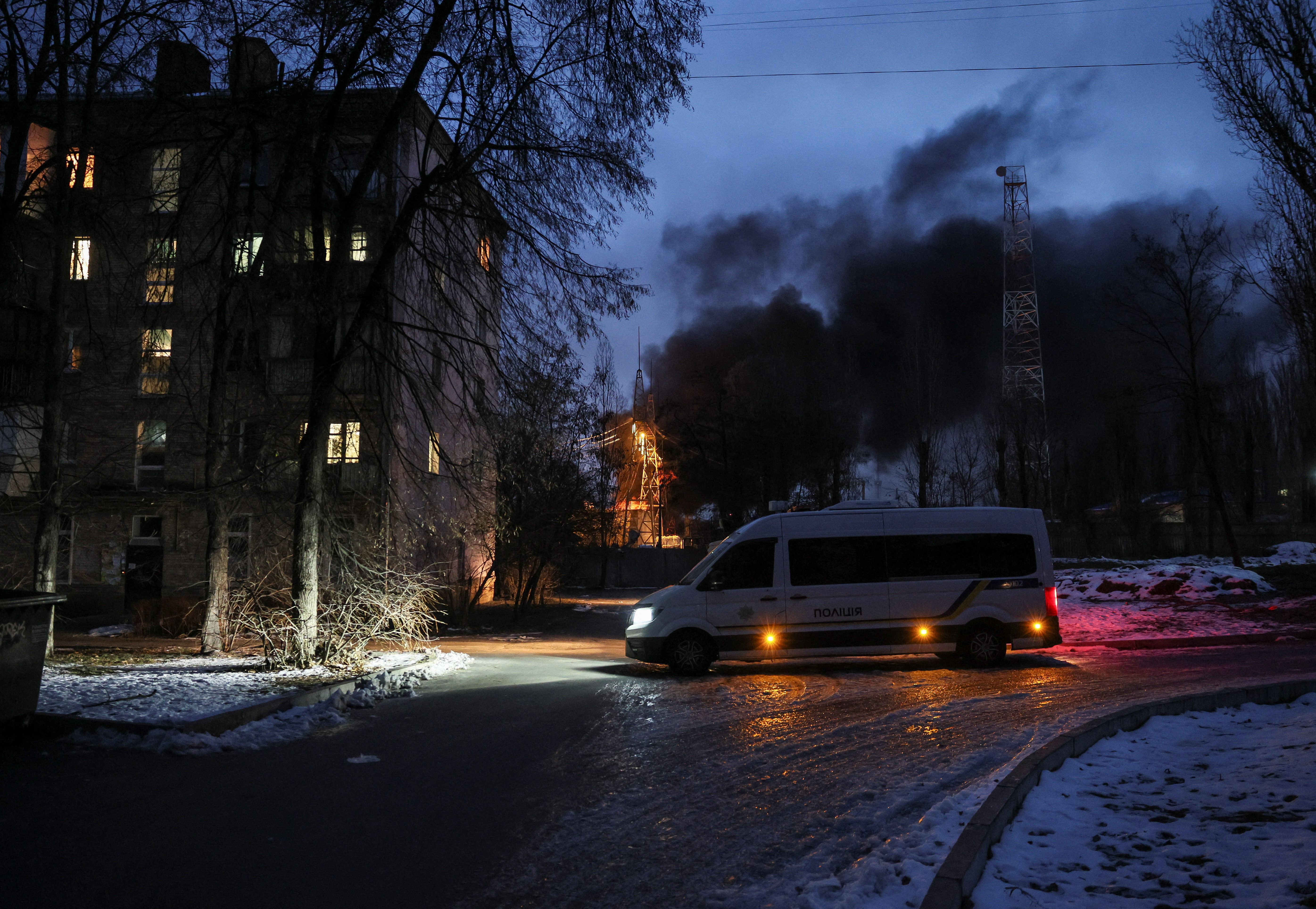 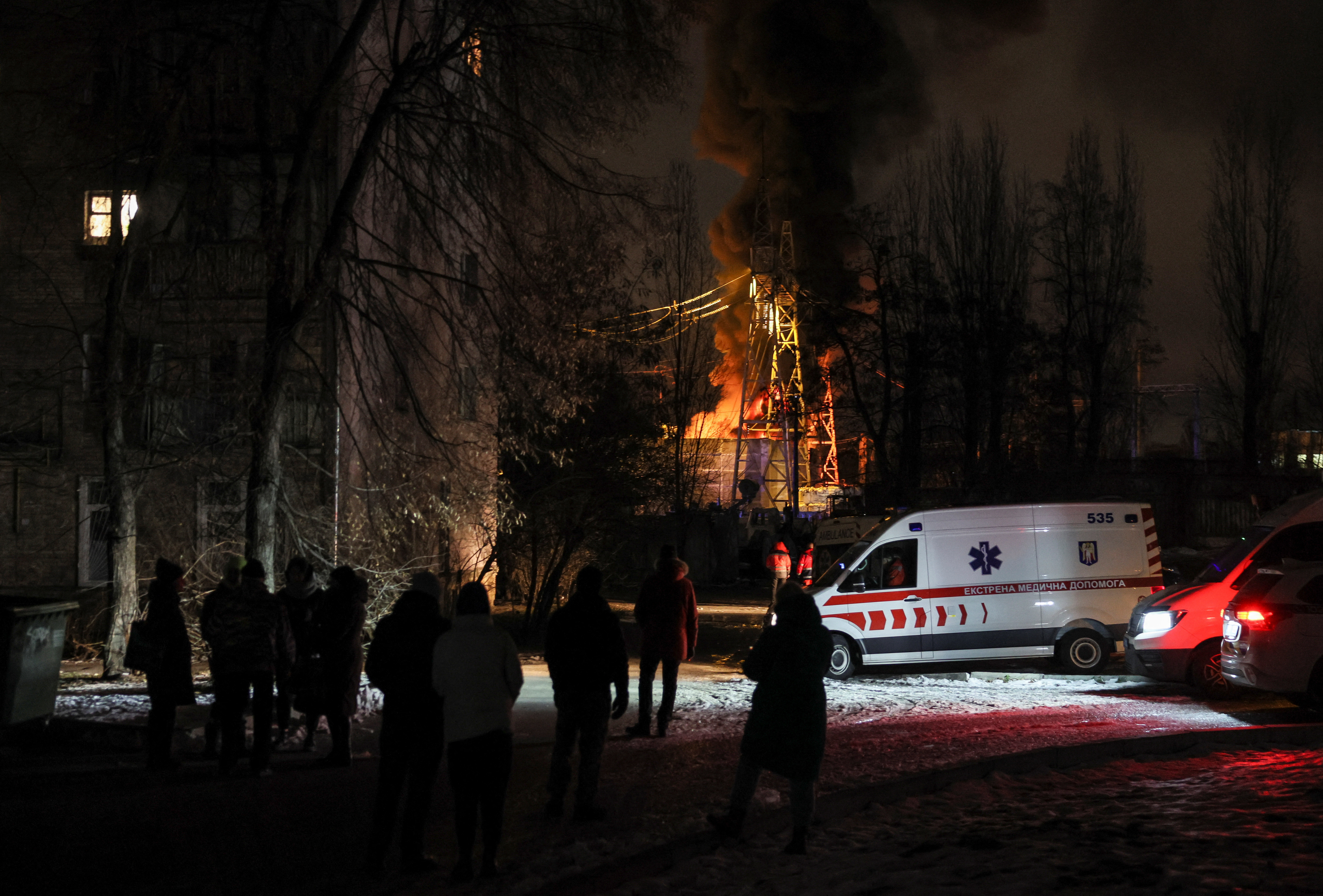 Local residents gather near a residential building as a critical power infrastructure object burns after a Russian drone attack, amid Russia’s attack on Ukraine, in Kyiv, Ukraine December 19, 2022. REUTERS/Gleb Garanich 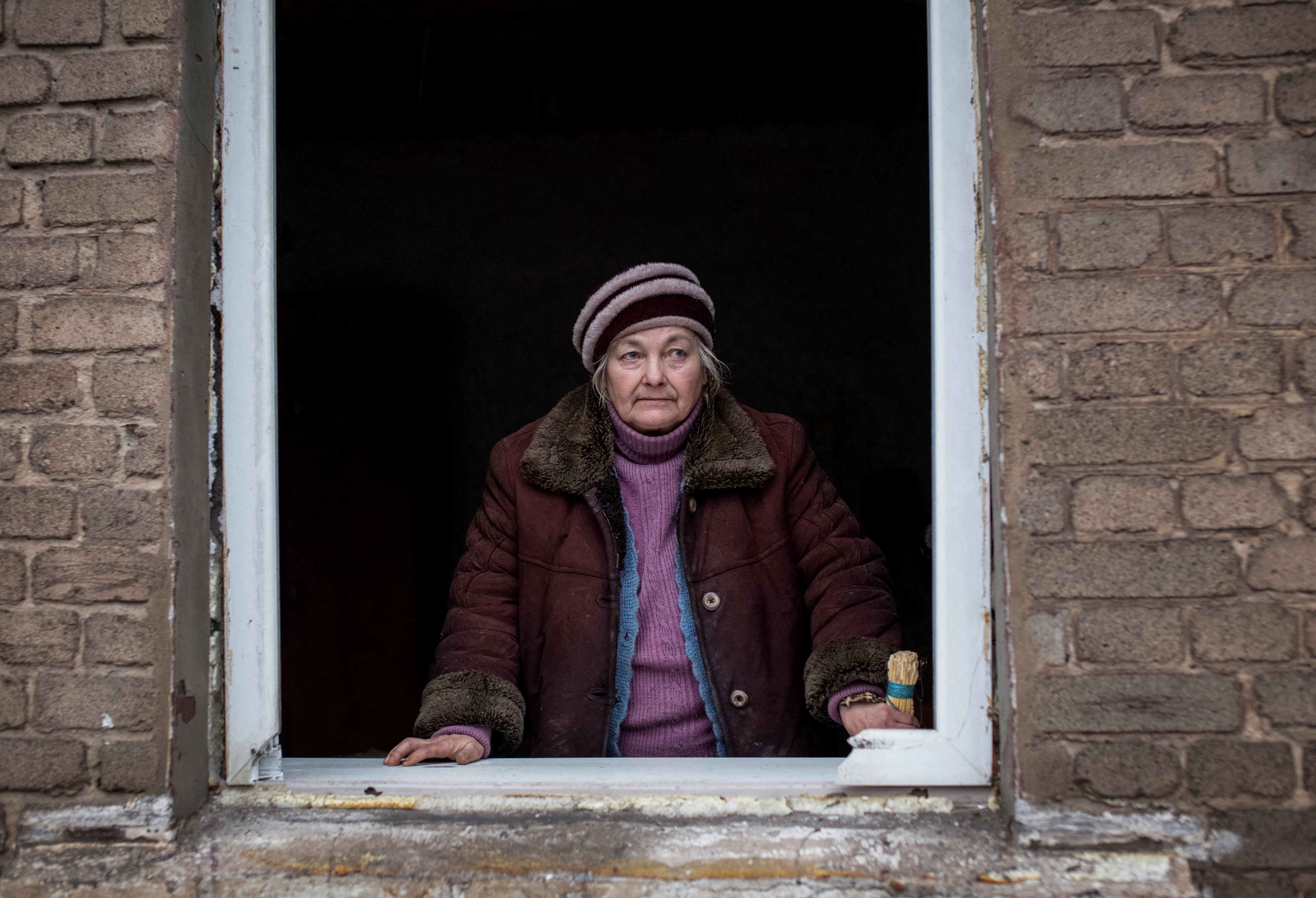 A local resident Natalia, 67, stands at a window of her house destroyed by a Russian military strike, as Russia’s attack on Ukraine continues, in Kramatorsk, Ukraine December 17, 2022. REUTERS/Oleksandr Ratushniak 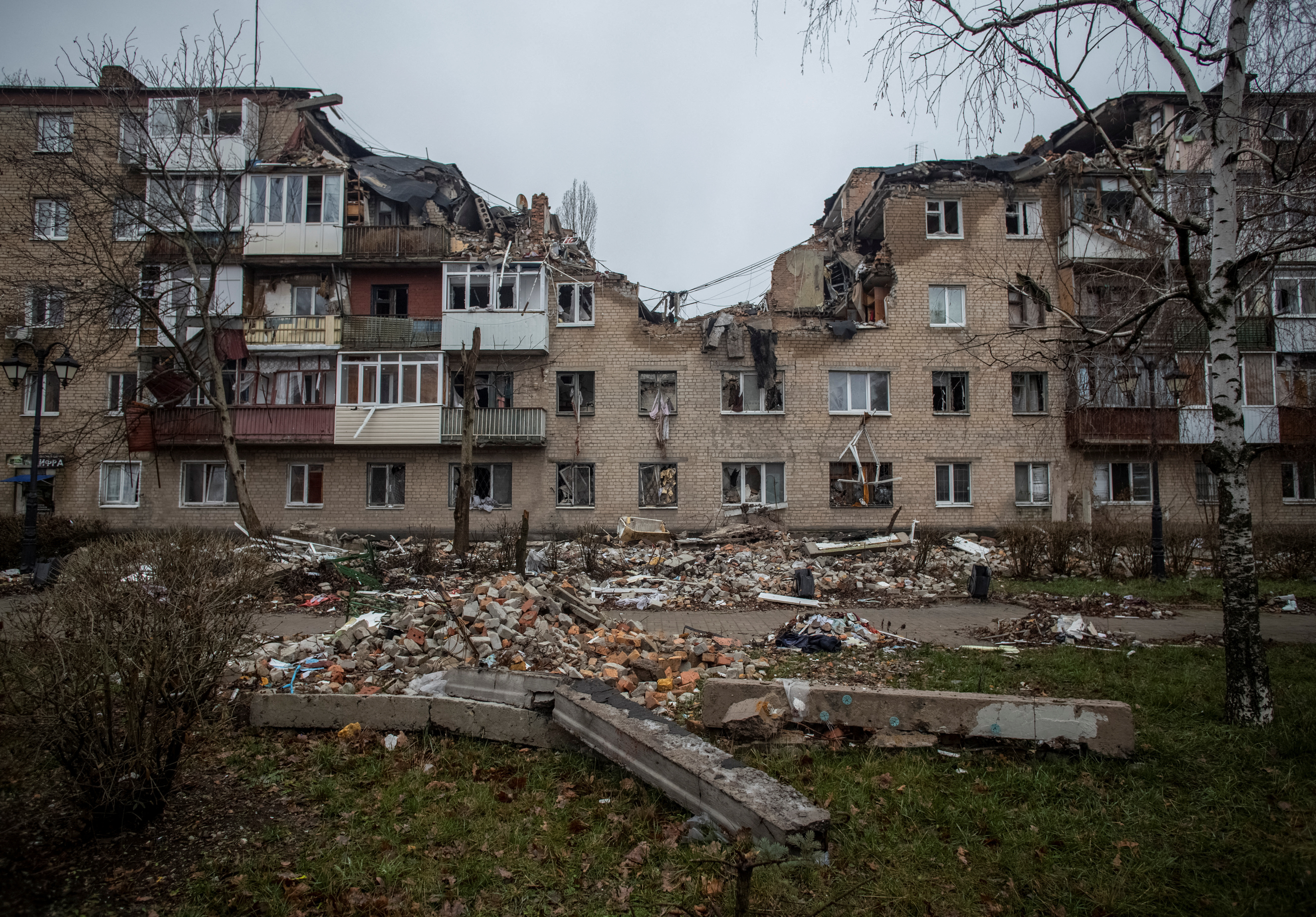 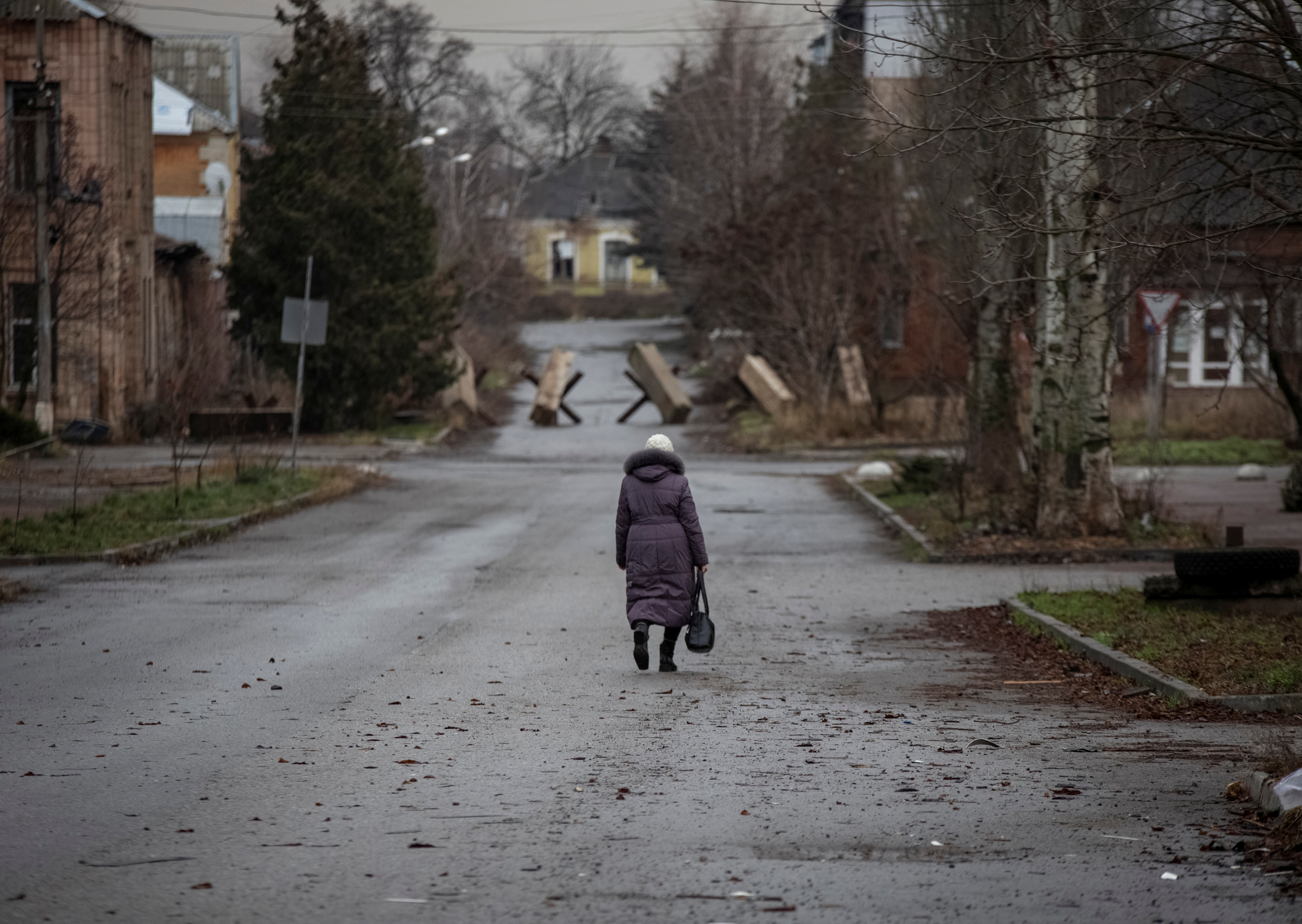 A local resident walks on an empty street, as Russia’s attack on Ukraine continues, in Bakhmut, Ukraine December 18, 2022. REUTERS/Oleksandr Ratushniak 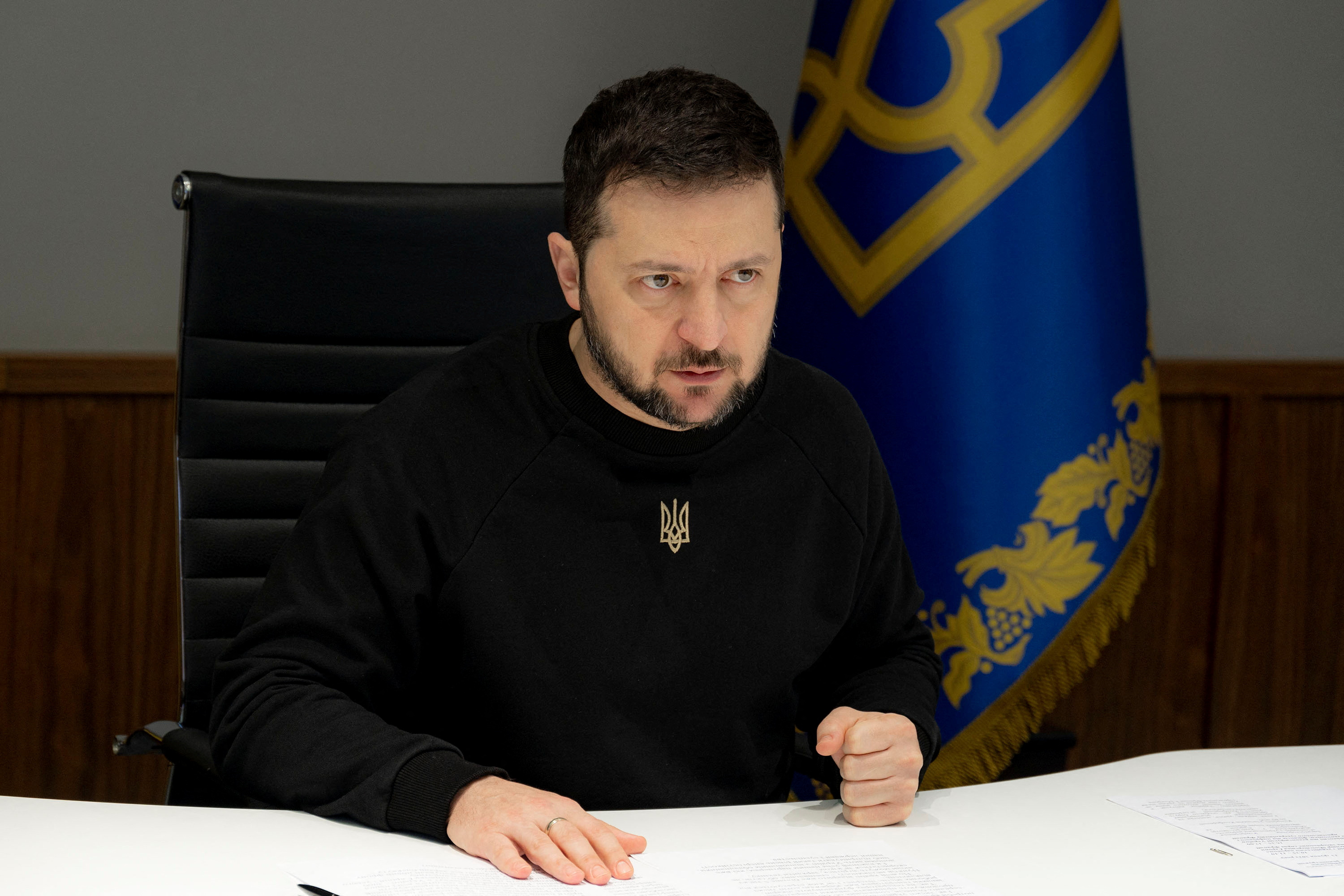 Ukraine’s President Volodymyr Zelenskiy attends the conference in solidarity with the Ukrainian people in Paris via videolink, amid Russia’s attack on Ukraine, in Kyiv, Ukraine December 13, 2022. Ukrainian Presidential Press Service/Handout via REUTERS 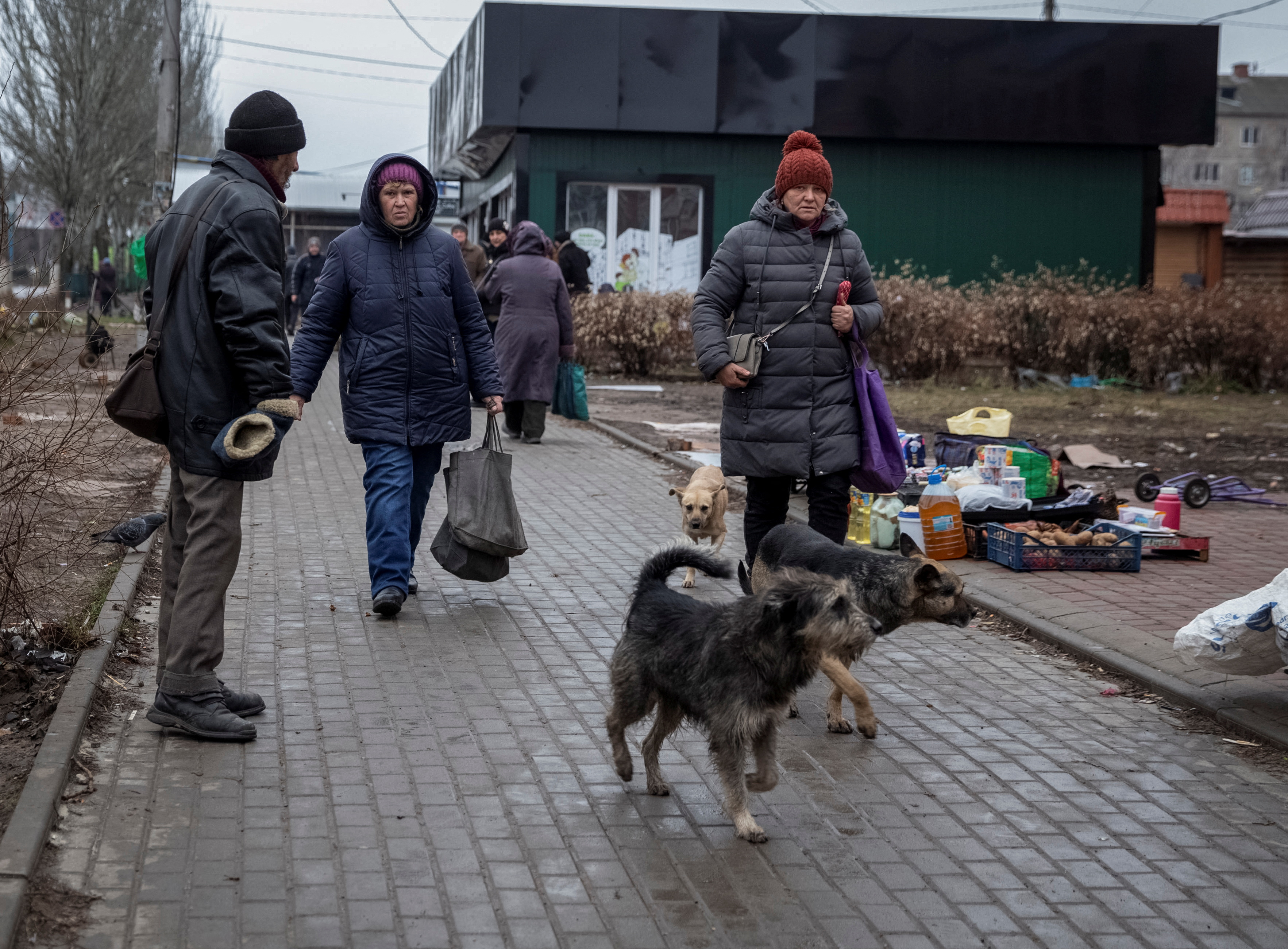