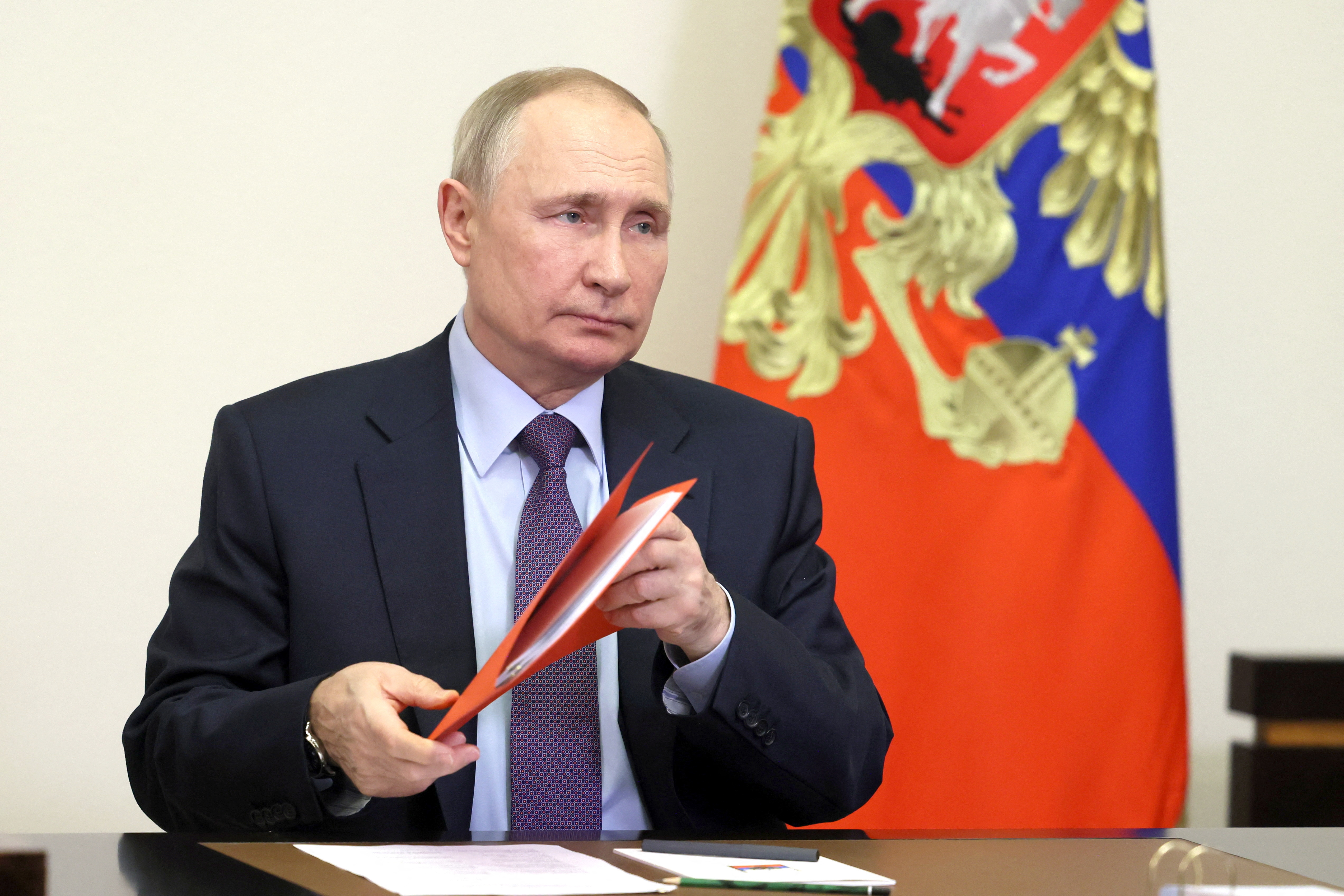 Russian President Vladimir Putin chairs a meeting with members of the Security Council via a video link from the Novo-Ogaryovo state residence outside Moscow, Russia December 2, 2022. Sputnik/Mikhail Metzel/Pool via REUTERS

Russian President Vladimir Putin is not sincere about peace talks with Ukraine at this time, a top U.S. diplomat said on Saturday after meeting President Volodymyr Zelenskiy and other senior Ukrainian officials in Kyiv.

U.S. Under Secretary for Political Affairs Victoria Nuland visited Ukraine to show support at a time when Russia is trying to destroy the country’s energy infrastructure.

“Diplomacy is obviously everyone’s objective but you have to have a willing partner,” she told reporters.

U.S. President Joe Biden said on Thursday he was prepared to speak to Putin if the Russian leader was interested in ending the war. But the idea died quickly when the Kremlin said the West must recognize Moscow’s declared annexation of four Ukrainian regions.

This reaction from Russia, Nuland said, showed “how not serious they are”.

Nuland also met Andriy Yermak, the head of Zelenskiy’s office, who expressed thanks for the billions of dollars worth of aid Washington has committed to Ukraine.

“Ukraine’s victory, which we are sure of, will be our joint victory,” Zelenskiy’s office quoted him as telling Nuland.