MOSCOW (Reuters) -Russia is ready to negotiate with all parties involved in the war in Ukraine but Kyiv and its Western backers have refused to engage in talks, President Vladimir Putin said in an interview aired on Sunday. 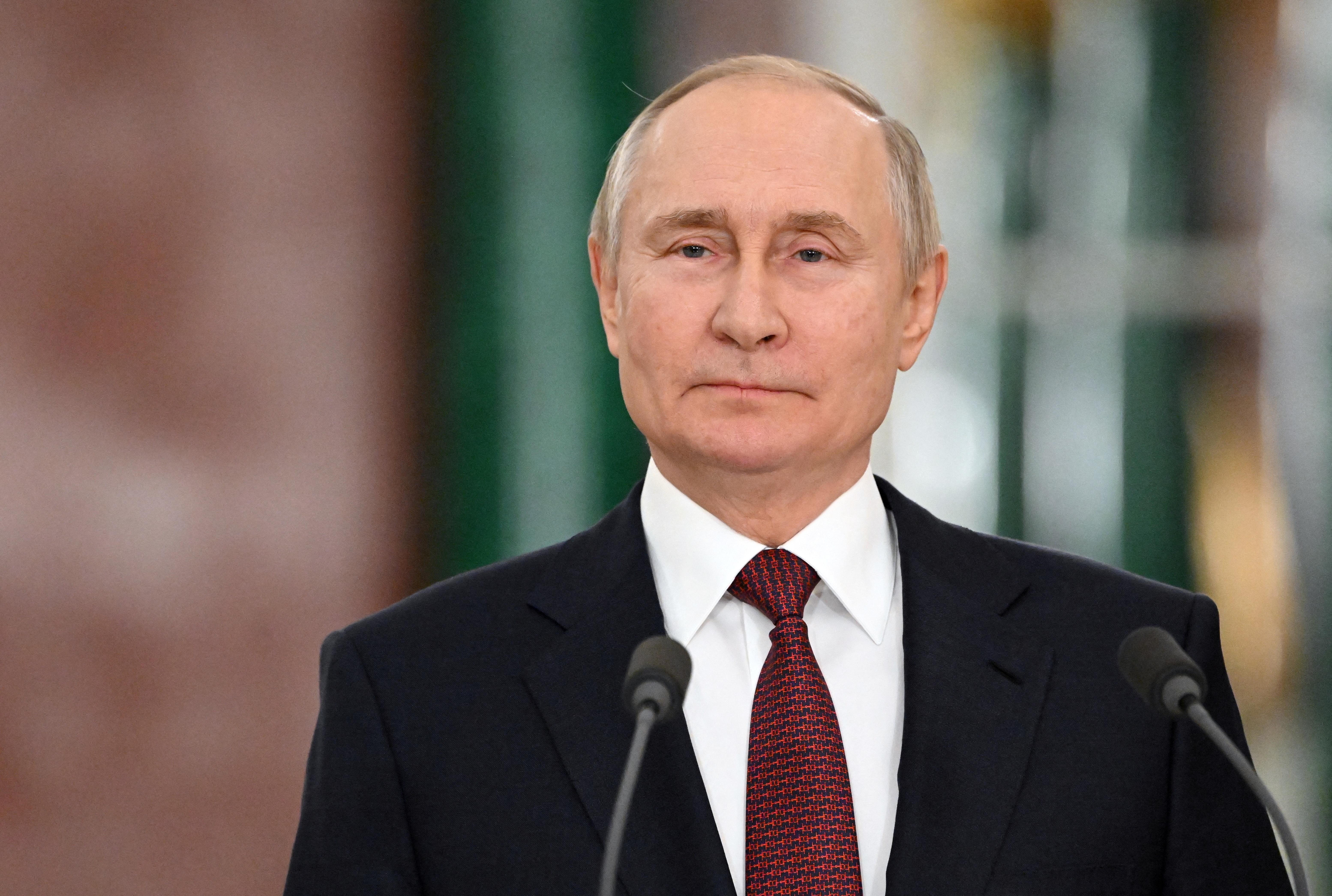 Russia’s Feb. 24 invasion of Ukraine has triggered the most deadly conflict in Europe since World War Two and the biggest confrontation between Moscow and the West since the 1962 Cuban Missile Crisis.

There is, thus far, little end in sight to the war.

The Kremlin says it will fight until all its aims are achieved while Kyiv says it will not rest until every Russian soldier is ejected from all of its territory, including Crimea which Russia annexed in 2014.

“We are ready to negotiate with everyone involved about acceptable solutions, but that is up to them – we are not the ones refusing to negotiate, they are,” Putin told Rossiya 1 state television in the interview.

CIA Director William Burns said in an interview published this month that while most conflicts end in negotiation, the CIA’s assessment was that Russia was not yet serious about a real negotiation to end the war.

An adviser to Ukrainian President Volodymyr Zelenskiy said that Putin needed to return to reality and acknowledge that it was Russia which did not want any negotiations.

Putin said Russia was acting in the “right direction” in Ukraine because the West, led by the United States, was trying to cleave Russia apart. Washington denies it is plotting Russia’s collapse.

“I believe that we are acting in the right direction, we are defending our national interests, the interests of our citizens, our people. And we have no other choice but to protect our citizens,” Putin said.

Asked if the geopolitical conflict with the West was approaching a dangerous level, Putin said: “I don’t think it’s so dangerous.”

Putin said the West had begun the conflict in Ukraine in 2014 by toppling a pro-Russian president in the Maidan Revolution protests.

“Actually, the fundamental thing here is the policy of our geopolitical opponents which is aimed at pulling apart Russia, historical Russia,” Putin said.

Putin casts what he calls a “special military operation” in Ukraine as a watershed moment when Moscow finally stood up to a Western bloc he says has been seeking to destroy Russia since the 1991 fall of the Soviet Union.

Ukraine and the West say Putin has no justification for what they cast as an imperial-style war of occupation which has sown suffering and death across Ukraine.

Putin described Russia as a “unique country” and said the vast majority of its people were united in wanting to defend it.

“As for the main part – the 99.9% of our citizens, our people who are ready to give everything for the interests of the Motherland – there is nothing unusual for me here,” Putin said.

“This just once again convinces me that Russia is a unique country and that we have an exceptional people. This has been confirmed throughout the history of Russia’s existence.”