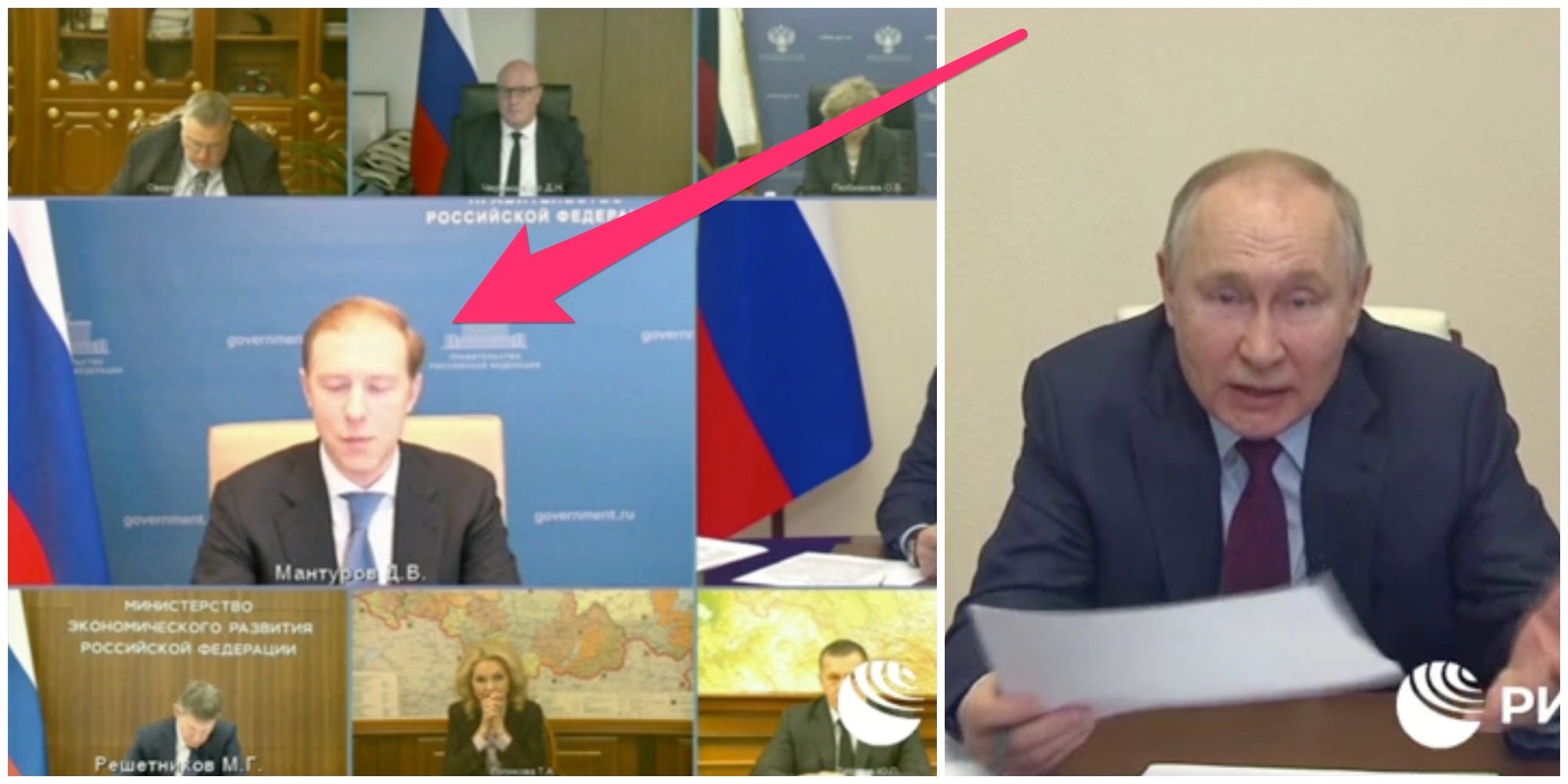 President Vladimir Putin gave one of his deputy prime ministers a public dressing-down in the Russian government’s first video meeting of the year on Wednesday, state media reported.

Putin asked Deputy Prime Minister Denis Manturov — who is also minister for trade and industry — why he was “fooling about” instead of procuring new planes for the country, per awkward video released by state-owned news agency RIA Novosti.

Manturov was handed responsibility for Russia’s defense industry in July. Back then he had Putin’s favor, accompanying the president on various trips, according to The Associated Press.

But with Russia under sanctions and demand for military equipment soaring with the war in Ukraine, the role is challenging, according to Defense News.

In the clip, Putin adopted a mocking tone to tell Manturov his work had taken “tooo long — much too long,” then demanded that he speed up.

Manturov was tasked with setting up 175 billion roubles’ worth ($2.56 billion) of contracts with state airline Aeroflot, according to Reuters. Putin angrily said that none of them were ready.

In the footage, Manturov can be seen looking down at his desk while Putin gestures sarcastically.

“So? When will this be sorted? No contracts either,” Putin asked, going on to address him by name. “Denis Valentinovich, you are otherwise good to go, yet there are no contracts.”

The castigation continues for nearly a minute, with 12 further people on the call remaining silent, some appearing absorbed in paperwork.

“Why are you fooling about?” Putin asked. “When will we have the contracts?”

Putin then told Manturov that he has one month to deliver.

Home » Audio Sources - Full Text Articles » Putin publicly humiliated his deputy PM on a group video call, tearing into him for working too slowly
a