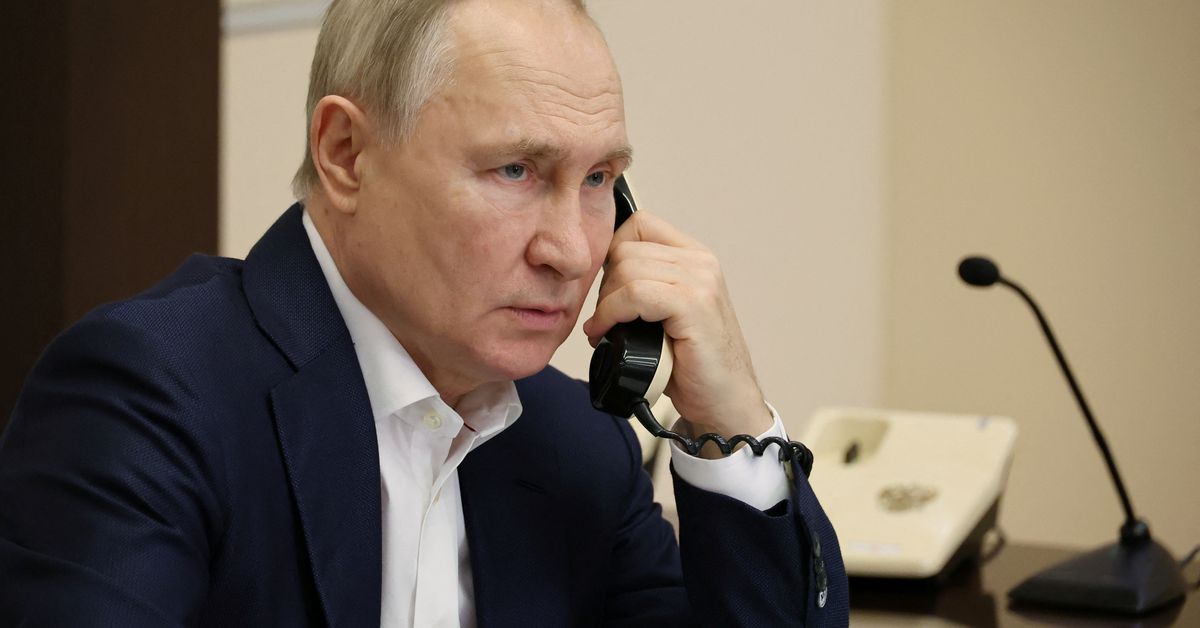 Russia’s President Vladimir Putin speaks on the phone during a conversation with Agatha Bylkova from the Kurgan region, an 8-year-old participant of a New Year’s and Christmas charity event, in Moscow, Russia, January 3, 2023. Sputnik/Mikhail Klimentyev/Kremlin via REUTERS/File Photo

MOSCOW, Jan 5 (Reuters) – President Vladimir Putin told Turkey’s Tayyip Erdogan on Thursday that Russia was open to dialogue over Ukraine but that Kyiv would have to accept the loss of territories claimed by Russia, the Kremlin said.

“Vladimir Putin reaffirmed Russia’s openness to a serious dialogue, provided that the Kiev authorities fulfill the well–known and repeatedly voiced requirements and take into account the new territorial realities,” the Kremlin said.

Putin also “acknowledged the destructive role of the West, pumping weapons into Kyiv, providing information and guidance,” the Kremlin said.

The presidents also discussed a number of energy issues, including the creation of a gas hub in Turkey and the construction of the Akkuyu nuclear power plant, Kremlin said.

Erdogan and the Russian president have spoken repeatedly since Russian forces invaded Ukraine in February. Turkey acted as mediator alongside the United Nations to set up a deal allowing grain exports from Ukrainian ports.

According to the Kremlin, Putin once again told Erdogan that all the barriers to Russian exports of food and fertilisers, which Russia sees as part of grain deal, should be lifted.

Home » Selected Articles Review » Putin tells Erdogan: Ukraine must accept loss of territories for there to be dialogue
a