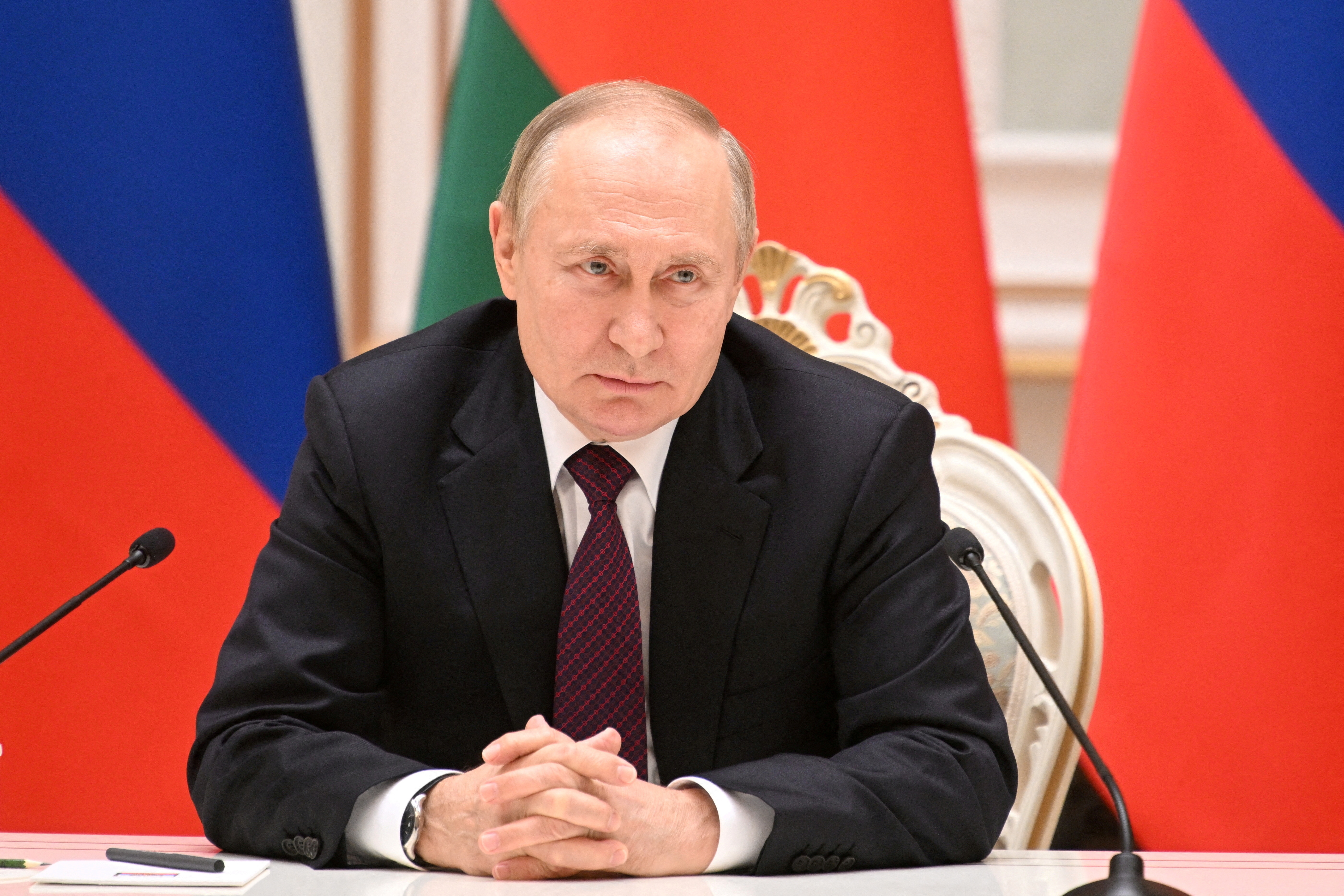 Russian President Vladimir Putin devoted his annual New Year’s address on Saturday to rallying the Russian people behind his troops fighting in Ukraine and pledging victory over Ukrainian “neo-Nazis” and a West supposedly intent on “destroying Russia”.

In a stern and combative recorded video message, broadcast on national television, Putin cast the war – which he calls a “special military operation” – as a near-existential fight for the future of Russia.

Its soldiers, he said, were fighting for “our motherland, truth and justice … so that Russia’s security can be guaranteed”.

For months, the Kremlin presented the conflict as a limited campaign that would not affect most Russians’ lives.

But the speech, delivered in front of grim-faced soldiers in combat uniform, put the war squarely centre-stage, telling families gathered for the year’s main celebration that the months ahead would require support and sacrifice from everyone.

The message was being broadcast into millions of homes on state TV just before the clocks struck midnight in each of Russia’s 11 time zones, as families tucked into a festive meal and exchanged gifts.

As the war drags into its 11th month with no end in sight, the Kremlin has slowly put society on more of a war footing – calling up more than 300,000 reservists, often in chaotic fashion, retooling an economy hurt by a barrage of Western sanctions and saying publicly that the conflict may be long.

Moscow was unprepared for the staunch resistance and the billions of dollars in Western weapons that have turned the tide in Ukraine’s favour, and Russian troops have been forced out of more than half the territory they took in the war’s first weeks.

In the nine-minute address – the longest of his 22 years in power – Putin targeted those opposed to the conflict, a personal crusade that now defines his tenure and Russia’s relations with the world.

The past year, he said, had “put a lot of things in their place – clearly separating courage and heroism from betrayal and cowardice”.

In a rejection of Kyiv’s calls for Russian troops to leave as a precursor to negotiations, Putin said Russia was “defending our people and our historical territory”.

He also accused the West of lying to Russia and of provoking Moscow to launch its military campaign.

“The West lied about peace,” Putin said. “It was preparing for aggression … and now they are cynically using Ukraine and its people to weaken and split Russia.

“We have never allowed this, and never will allow anybody to do this to us.”

Kyiv and the West reject Putin’s oft-repeated allegation that the Western NATO alliance planned to use Ukraine as a platform to threaten Russia, and say he launched a baseless war of aggression in a bid to seize territory and install a regime more to his liking.

Although Russia has not made any major battlefield gains in the past six months, Putin promised ultimate victory.

“Together, we will overcome all difficulties and preserve our country’s greatness and independence,” he said.

“We will triumph, for our families and for Russia.”