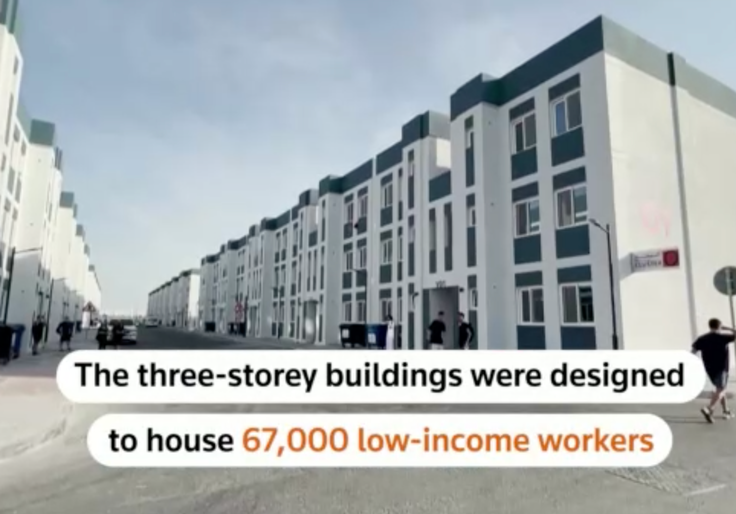 Qatari Supreme Committee for Delivery and Legacy secretary-general Hassan al-Thawadi, who was involved in preparations for hosting the World Cup, was surprisingly candid in an interview with British journalist Piers Morgan. When asked what the “honest, realistic total” of migrant workers who died from work for the World Cup, al-Thawadi said the estimate was “around 400, between 400 and 500.”

“I don’t have the exact number,” he added. “That’s something that’s been discussed.”

But this is the first time that officials of Qatar—a country with an appalling human rights record—have discussed these figures publicly, the Associated Press reported Tuesday. Numerous human rights advocates have condemned Qatar for using forced labor to build the tournament’s infrastructure. The Supreme Committee’s original report, which limited its count to workers building the stadiums, only listed 40 deaths and said that 37 of them were non-work incidents. Al-Thawadi’s estimate encompasses the death toll from all the infrastructure built for the tournament, not just the stadiums.

“This is just the latest example of Qatar’s inexcusable lack of transparency on the issues of workers’ deaths,” Nicholas McGeehan, a London-based workers’ rights advocate, told the AP. “We need proper data and thorough investigations, not vague figures announced through media interviews. FIFA and Qatar still have a lot of questions to answer, not least where, when, and how did these men die and did their families receive compensation.”

In response to al-Thawadi’s interview, the Supreme Committee said he was referring to “national statistics covering the period of 2014-2020 for all work-related fatalities (414) nationwide in Qatar, covering all sectors and nationalities.”

“One death is a death too many. Plain and simple,” al-Thawadi adds in the interview.