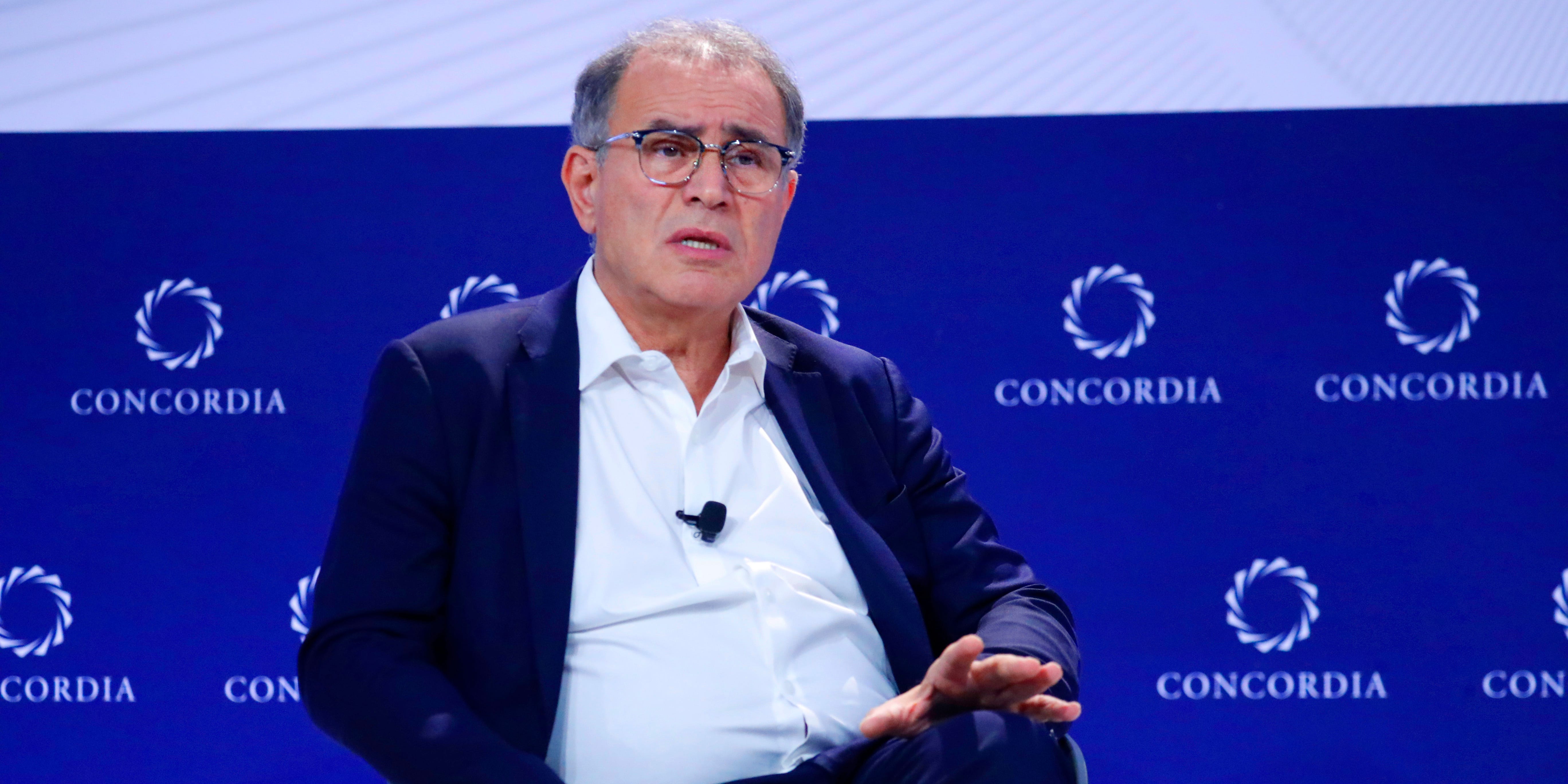 “Dr. Doom” Nouriel Roubini said the Federal Reserve will wimp out on its inflation fight, and gold is the best protection for investors as volatility batters the economy.

In an interview with Kitco News this week, the top economist predicted the Fed would likely raise interest rates past 5%, though they would have to reach 6% to fully bring inflation back to target. But rates that high will likely push the US into a severe recession, he added, doubting central bankers would go that far.

“There is so much debt in the system that an attempt to reduce inflation not only causes an economic crash, it causes also a financial crisis,” Roubini said. “They will feed on each other, and faced with an economic and financial crash, the Fed and other central banks are going to have to wimp out, blink, and not raise interest rates as much.”

However, that still won’t save the economy from a recession: Failing to bring inflation back to target levels could cause a de-anchoring of inflation expectations, sparking a stagflationary debt crisis, Roubini warned.

When combined with high debt levels in the US, that means the economy is on its way for a financial crisis that combines the worst aspects of the 2008 recession and 1970s-style stagflation.

Roubini, one of the first experts to call the 2008 crisis, has previously called the “mother of all stagflationary debt crises” inevitable, and said it could hit the US as soon as 2023. That could slam the economy with high unemployment, high inflation, and a severe downturn, causing stocks to tank 30%.

That means gold, which is a popular hedge against inflation, is the best bet for investors, Roubini said, since the precious metal is also a hedge against financial, social, and geopolitical stability. He predicted the price of gold to rise to $3,000 per ounce by 2028 and give an average annual return of 10% over the next five years. On Friday, gold was $1,910 per ounce.

“If I am right, that we will have a hard landing, the inflation is going to be persistent, the central banks are in a dilemma, and therefore, both equities and bonds will do poorly … Gold should do better,” he said.

Home » Audio Sources - Full Text Articles » ‘Dr. Doom’ Nouriel Roubini says the Fed will wimp out on its inflation fight and gold is the best protection as volatility batters the economy
a