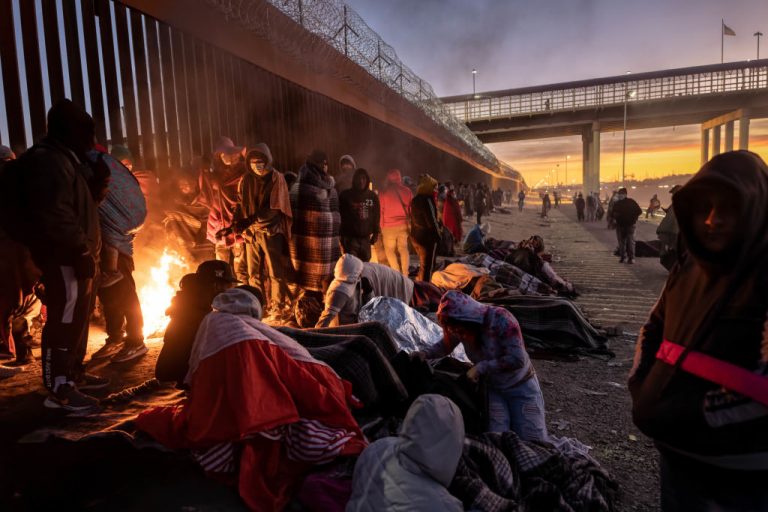 Democrat-run El Paso, Texas, is clearing out large migrant encampments from downtown streets ahead of a scheduled visit on Sunday by President Joe Biden.

Since last week, police have moved hundreds of migrants to less visible areas of the city, as carjackings, stolen property, and drug distribution spiked with the arrival of thousands of illegal immigrants, the Washington Examiner reported. Law enforcement agencies said businesses have struggled with crime as migrants, primarily from Venezuela, have camped out on city streets.

Biden is visiting the border city ahead of meetings next week in Mexico City with Canadian and Mexican leaders. His visit comes as his administration on Thursday unveiled a policy that permits 30,000 people per month from Venezuela, Cuba, Haiti, and Nicaragua to obtain temporary work in the United States. The new program will allow migrants to travel directly to the United States, bypassing an asylum application at the southern border, after applying on a mobile app.

El Paso saw more immigrant encounters between August and December last year than in any other city along the border. The Biden administration has overseen more than four million illegal border crossings since the beginning of 2021.

Many migrants encamped in El Paso are there unlawfully, the Examiner reported:

The undertaking began last week after authorities discovered several groups of people on the streets were pretending to have been released by Border Patrol but had never been arrested and were considered unlawfully present. …

Border Patrol agents are not responsible for enforcing local or state laws but have been called in by El Paso police to help with immigration concerns, which only federal police can make arrests for.

“One of the issues is typically Venezuelans who come across illegally can’t get shelter from the shelters or [nongovernmental organizations] because they don’t have [U.S. Customs and Border Protection] paperwork,” said a third federal official.