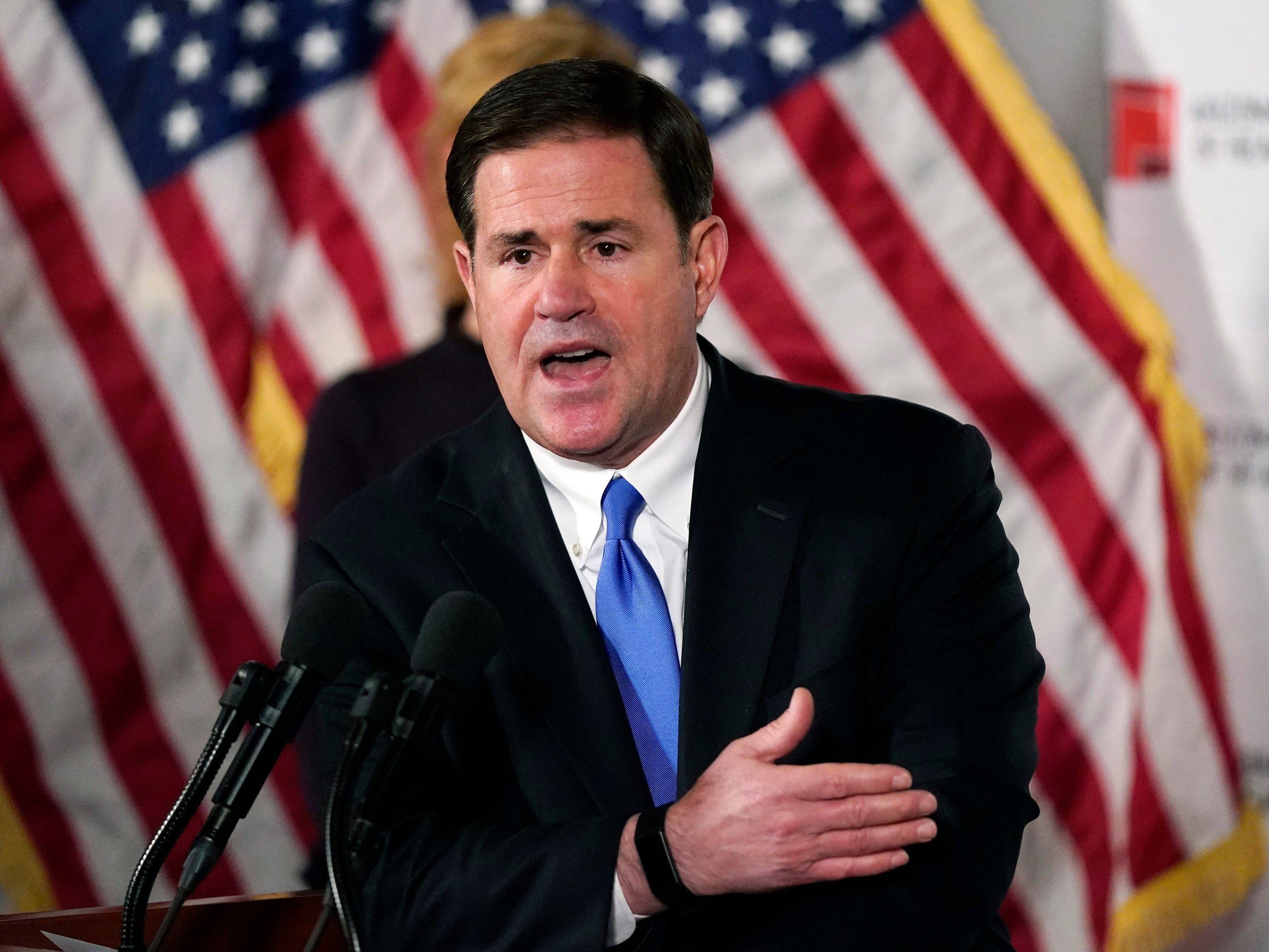 When Arizona Sen. Kyrsten Sinema left the Democratic Party to become an Independent, her decision immediately upended the landscape for the 2024 Senate contest in the swing state.

Sinema has not yet announced if she will seek reelection in 2024 but Democrats, with whom she still caucuses through her committee assignments in the Senate, will ultimately have to figure out how to approach the race if she runs as an Independent — and a Democrat like Rep. Ruben Gallego emerges as a contender.

But Republicans, who recently lost high-profile Senate and gubernatorial races in Arizona this fall, are now eyeing the 2024 race with a greater degree of intensity as they probe multiple contests across the country that could help them flip the upper chamber.

Many Republicans are looking at outgoing Gov. Doug Ducey as one of their strongest potential candidates, despite him telling reporters in Arizona last week that he was “not running for the United States Senate.”

Sen. John Cornyn of Texas told The Hill that he liked Ducey “a lot.”

“He’s been a great governor, and I think he’s a fantastic guy,” Cornyn told the publication.

Sen. Mitt Romney of Utah, the 2012 GOP presidential nominee, told The Hill that Ducey would be “excellent candidate.”

“I hope that he’ll get in,” Romney said.

Ducey was talked about as a potential challenger to Kelly after the 2020 election, but former President Donald Trump made his distaste for the governor widely known to GOP voters in the state.

After the 2020 election, Trump challenged now-President Joe Biden’s narrow victory in the longtime GOP stronghold, but Ducey stood behind the integrity of the vote count and certified the results, which incensed the former president.

This year, Arizona Republicans nominated venture capitalist Blake Masters as their Senate nominee, but he went on to lose to Kelly by 5 points last month.

Despite GOP losses in the state this year, Ducey’s political brand is distinct from Masters or Kari Lake, the MAGA stalwart who was defeated by Hobbs.

“He’s not our only chance, but he’s probably our best chance,” an Arizona-based Republican operative told The Hill of Ducey. “I view it as: He is a competent governor who understands how to campaign. He can raise money very effectively, and I think that makes him the best general election candidate we can get.”