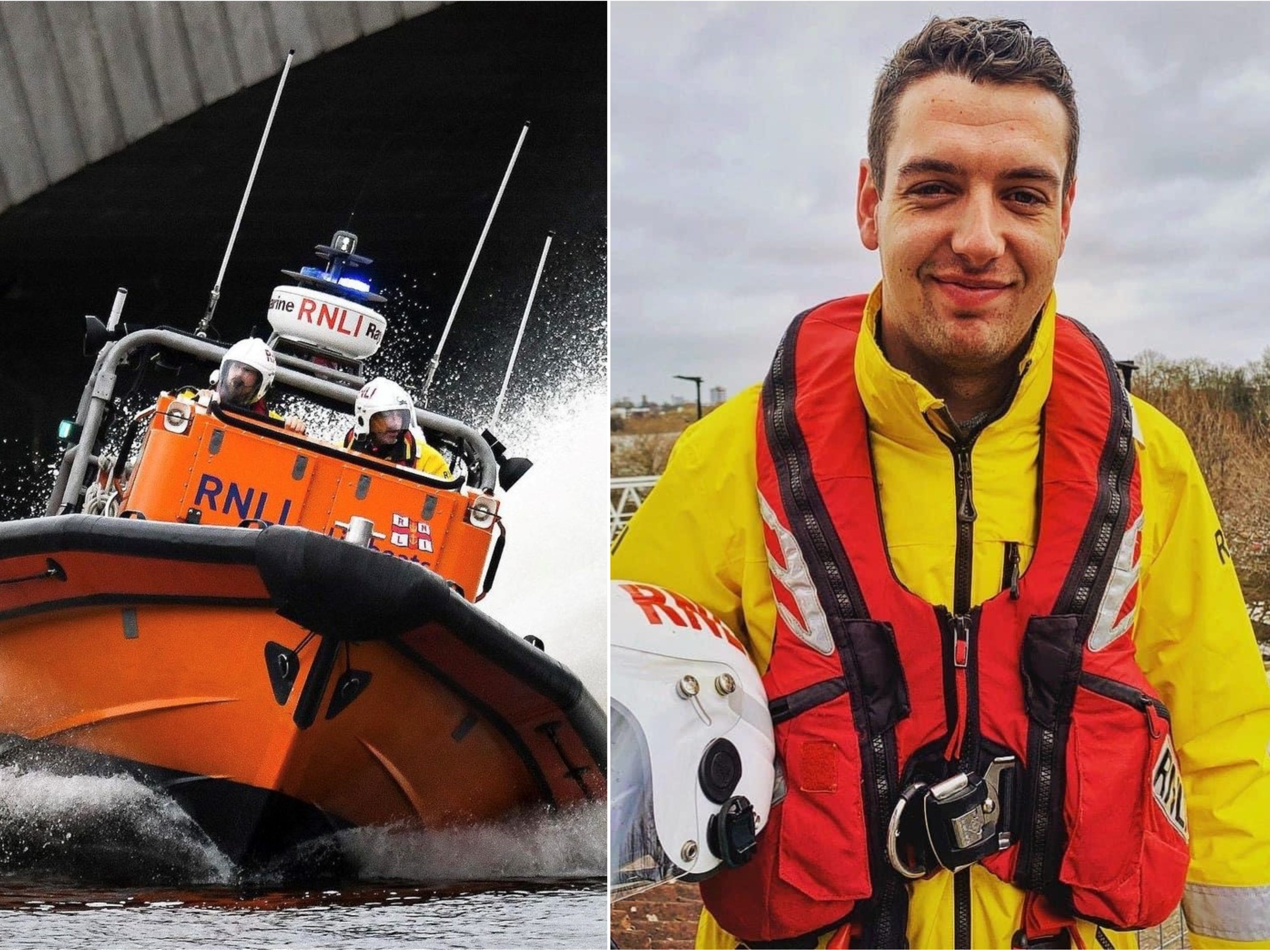 Jamie Bourke said he knew the role was for him. He had always been drawn to saving people’s lives, and peers often told him he put others first.

This as-told-to essay is based on a transcribed conversation with Jamie Bourke, a volunteer with the Royal National Lifeboat Institution, or RNLI, a charity that operates 238 lifeboat stations across the UK. It has been edited for length and clarity.

I became interested in the RNLI when I saw them leave the harbor while I was living in Brighton, England, in 2016. I didn’t know anything about boats until then.

From the moment I inquired about becoming a volunteer, I knew it was for me. The end result of saving someone’s life and not judging them for how they got into trouble, just being there to help, drew me in.

Before even getting into the water, I had to pass a medical test and a fitness test

You are not operational for the first three months of volunteering, as you have to pass a range of 15 modules that includes assessments on topics such as knots, navigation, boat handling, and emergency procedures.

I also had to learn first aid, search and rescue, man-overboard training, and the mechanics of the boat. My training was in the evenings and during the weekends, so it was easier to work around my job with a window-plastics supplier, but I did have to take vacation time to spend three days at the Lifeboat College.

Trying to persuade an employer to give you the time off for training is a tough task. I have seen smaller independent companies being more lenient, but I didn’t mind taking the time as vacation.

The RNLI can give you all the training in the world, but you also have to switch on and adapt in real-life situations. There are no textbook scenarios; something can always go wrong.

I once had a job where a yacht lost control during a powerful storm. Four of us went out, and we were suddenly battling five-meter waves.

We collided with the same yacht we were trying to get under tow, and one of our crew members got shaken around and ended up with broken ribs. I had chest pains because of all the adrenaline — but luckily I was just battered and bruised.

It was one of those jobs where we didn’t think we were coming back. It was dangerous that day.

When I lived in Brighton, we had a pager system. When a volunteer was on shift, they had to be within a seven-minute radius of the lifeboat station, which could mean suddenly having to leave while out for dinner, for example. I once had to run out of the bath while on call.

I was once loading a truck while working for the window-plastics supplier when the pager went off. I was gone for two or three hours. My boss was annoyed that he still had to pay me for the time, so I had to make it up on a Saturday.

Similarly, when on the trade counter, where builders and other tradespeople would order their window supplies and seek building advice, I often got the call while serving customers, so I’d have to leave. They understand in most cases. It helps if you are in a seaside resort as people are used to being around the RNLI.

I moved to London in 2018 to be closer to family and initially got a job as a branch manager for a tools- and equipment-rentals firm. The city is too big for a pager system, so we work shifts at the lifeboat station.

I do 12-hour shifts at the Chiswick station, and you have to do a minimum of two per month. I sometimes felt pretty exhausted at work and would take a bit of time the morning after a shift to sort myself out. This was slightly easier as a manager. Colleagues understood, but it sometimes meant delegating when necessary.

My RNLI work is all voluntary, but we get an allowance for travel and food. Some of the people I’ve met because of volunteering are now my closest friends. If I have a problem at home, I know I can go to one of them. We put our lives in each other’s hands.

It was hard to find a balance between working in the day and volunteering at night while caring for my young family. I started a new job as a ground-handling agent at Gatwick Airport in August, which provides more flexibility.

I work nights, which Gatwick schedules a year in advance. This makes it easier to plan RNLI shifts. It really fascinates my airport colleagues, and not many people know there are lifeboats on the River Thames.

My partner is really supportive and can tell when I have had a good or bad shift. I do feel like I am always making compromises. I’ve missed some of my three daughters’ birthdays and couldn’t drink at my sister’s wedding because I was on call.

I’ve never had that full Christmas experience with the kids

I have volunteered with the RNLI during the festive period every year since 2016. We try to buy presents and prepare Christmas dinner early, but it is very regimented, so it can be hard to relax as the kids know daddy is leaving to go to work.

Volunteers mostly make up the RNLI, and they’re always short of crew. There have been thousands of call-outs during the Christmas period. I don’t know if I could have it on my conscience if someone jumped in the sea or river and there was no one there to help them.

On Christmas Day 2019, I volunteered at Waterloo Bridge, one of the busiest stations. It was low tide, and a lady fell off the nearby London Bridge into either low or no water at all. She broke her spine in multiple places.

We had to use a stretcher to get her onto a fireboat, and then back to our lifeboat station to hand her to the ambulance. She survived, but can you imagine what might have happened if there was no RNLI?

This is the first Christmas I won’t be volunteering, as I am doing the night shift at Gatwick. I make sure I don’t miss the kids’ birthdays now. My oldest is 10, so these are becoming the crucial years that I don’t want to miss, plus we have another baby on the way, so my partner wouldn’t be too happy if I did.

Home » Audio Sources - Full Text Articles » I’ve missed my kids’ birthdays and Christmas as a lifeboat volunteer. I can’t bear thinking about someone going into the water without anyone to help.
a