Listen to this article
2022-12-23T00:24:04Z
In Ukrainian President Volodymyr Zelenskiy’s first wartime foreign visit, he told the U.S. Congress on Wednesday (December 21) that the tens of billions of dollars of aid it had approved to help it fight a Russian invasion was not charity, but an investment in global security. Diane To reports.

Russia said that Ukraine acquiring Patriot missiles from the United States, announced during President Volodymyr Zelenskiy’s visit to Washington, would not help settle the conflict or prevent Moscow from achieving its goals.

Though the Patriot air defence system is widely regarded as advanced, President Vladimir Putin dismissed it as “quite old”, telling reporters Moscow would find a way to counter it. At the same time, he said Russia wants an end to the war in Ukraine and that this would inevitably involve a diplomatic solution.

“Our goal is not to spin the flywheel of military conflict, but, on the contrary, to end this war,” Putin told reporters. “We will strive for an end to this, and the sooner the better, of course.”

“Everything he (Putin) is doing on the ground and in the air bespeaks a man who wants to continue to visit violence upon the Ukrainian people (and) escalate the war”, Kirby told reporters.

Russia has repeatedly said it is open to negotiations, but Ukraine and its allies suspect a ploy to buy time after a series of Russian battlefield defeats and retreats that have swung the momentum of the 10-month war in favour of Ukraine.

Zelenskiy returned to Ukraine buoyed by the support shown by President Joe Biden in Washington on Wednesday, his first foreign journey since the Russian invasion began.

“We are coming back from Washington with good results. With something that will really help,” Zelenskiy said on the Telegram messaging app.

Kremlin spokesman Dmitry Peskov told reporters that deployment of the Patriot system in Ukraine was not conducive to a settlement. “And this cannot prevent the Russian Federation from achieving its goals during the special military operation” he said, using Russia’s term for a war in which tens of thousands of people have been killed.

Zelenskiy told the U.S. Congress on Wednesday that American aid to his country was an investment in democracy as he invoked battles against the Nazis in World War Two to press for more assistance to help Ukraine defend itself.

He said the Patriot system was an important step in creating an air shield.

Zelenskiy made a plea for bipartisan support as Republicans – some of whom have voiced increasing scepticism about sending so much aid to Ukraine – are set to take control of the U.S. House of Representatives from Democrats on Jan. 3.

With a vote scheduled in the House of Representatives on Friday, Congress moved closer to approving an additional $44.9 billion in emergency military and economic assistance, part of wider U.S. government spending bill. That is on top of some $50 billion already sent to Ukraine this year.

The White House said on Thursday that a private Russian military company, the Wagner Group, took delivery last month of infantry rockets and missiles from North Korea to help bolster Russian forces in Ukraine, a sign of the group’s expanding role in that conflict.

Britain said it reached the same conclusion and condemned the move. But Wagner’s head, Yevgeny Prigozhin, said no effort had been made for North Korea to supply weapons to Russia and dismissed the talk as “gossip and speculation.”

The Russian mission to the United Nations in New York did not immediately respond to a request for comment. North Korea’s foreign ministry denied the reports, calling them groundless.

Ukraine has come under repeated Russian aerial strikes targeting its energy infrastructure, leaving millions without power or running water in the dead of winter.

Zelenskiy congratulated electrical workers for working round the clock, trying to keep the lights on as they marked Power Engineers’ Day on Thursday, a day after the Winter Solstice, the shortest day of the year.

Since August, Russian forces have been bogged down in a costly, extended fight for Bakhmut, an industrial town with a pre-war population of some 70,000 in the Donetsk region, one of four that Moscow claimed to annex after so-called referendums in September.

The General Staff of the Ukrainian Armed Forces said on Facebook on Thursday that fighting in Donetsk remained focused on Bakhmut and Avdiivka, about 90 km (54 miles) south of it.

Near Bakhmut, Russian forces shelled about 10 towns, while close to Avdiivka, Russian forces trained fire on the towns of Kostyantyivka and Maryinka as well as Vodyane and Nevelske, the Ukrainian military said. Reuters was not able to independently confirm the battlefield reports.

Russian Chief of General Staff Valery Gerasimov said on Thursday the frontline in Ukraine was stable, and that Moscow’s forces had concentrated on “completing the liberation of the territory of the Donetsk People’s Republic”. 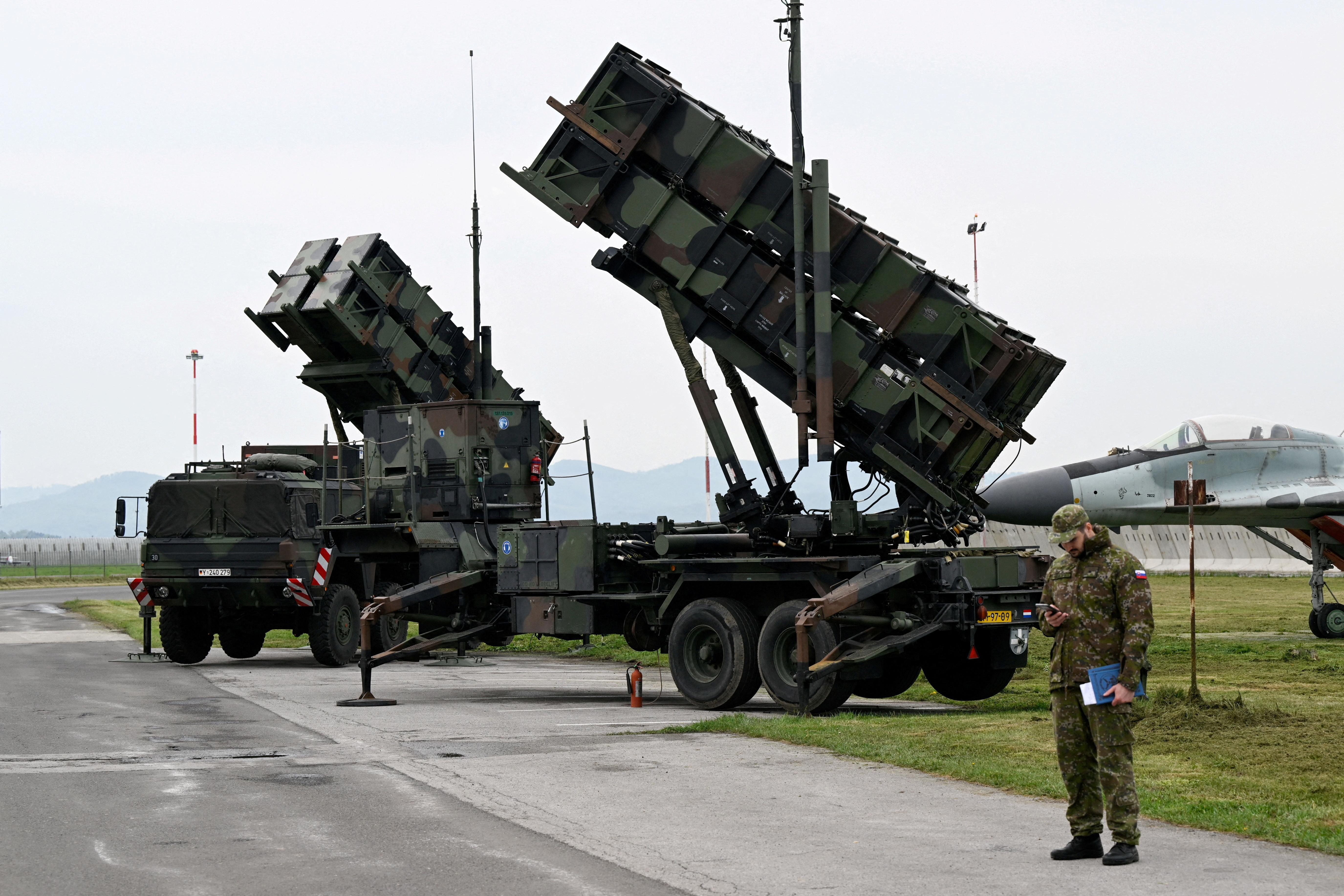 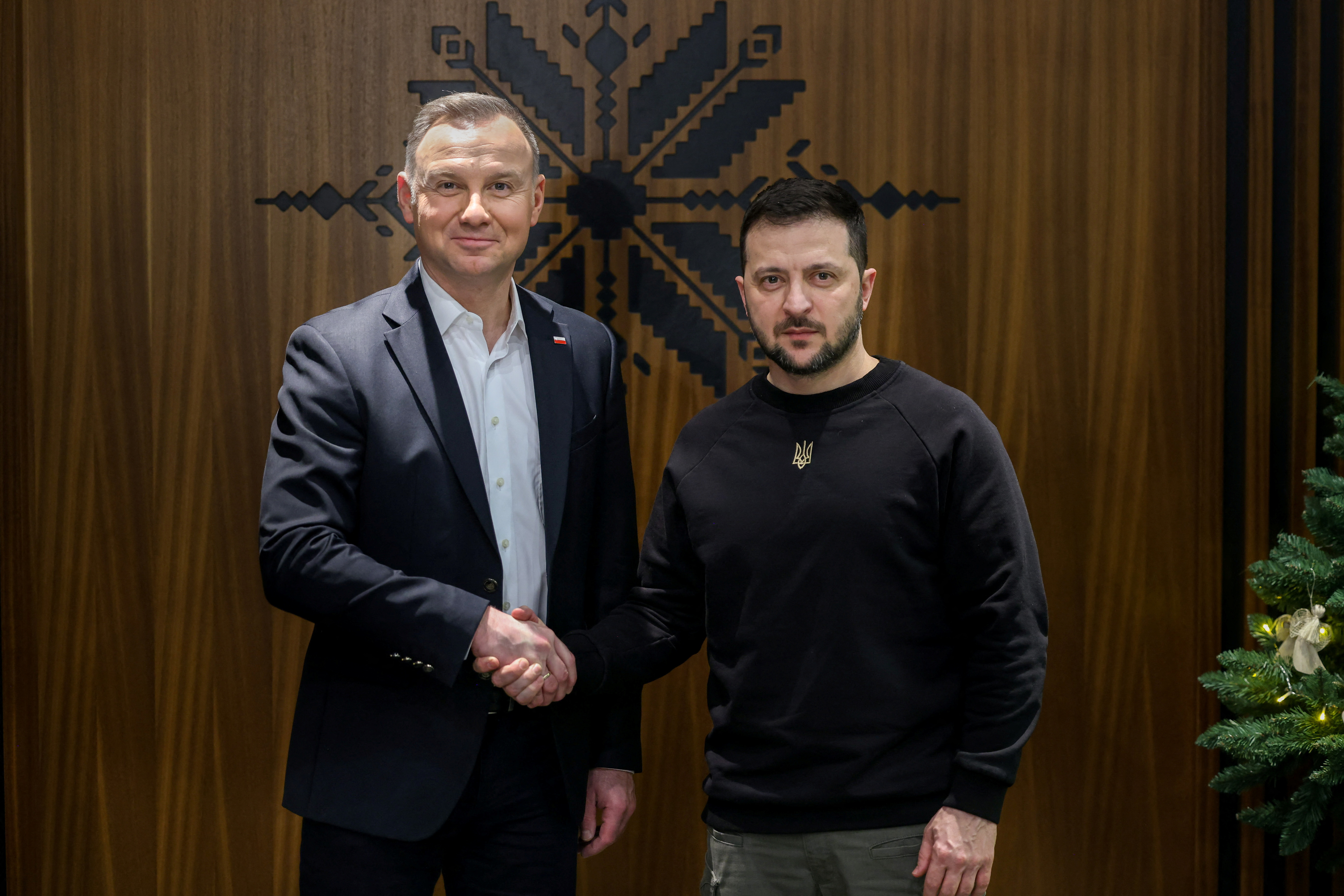 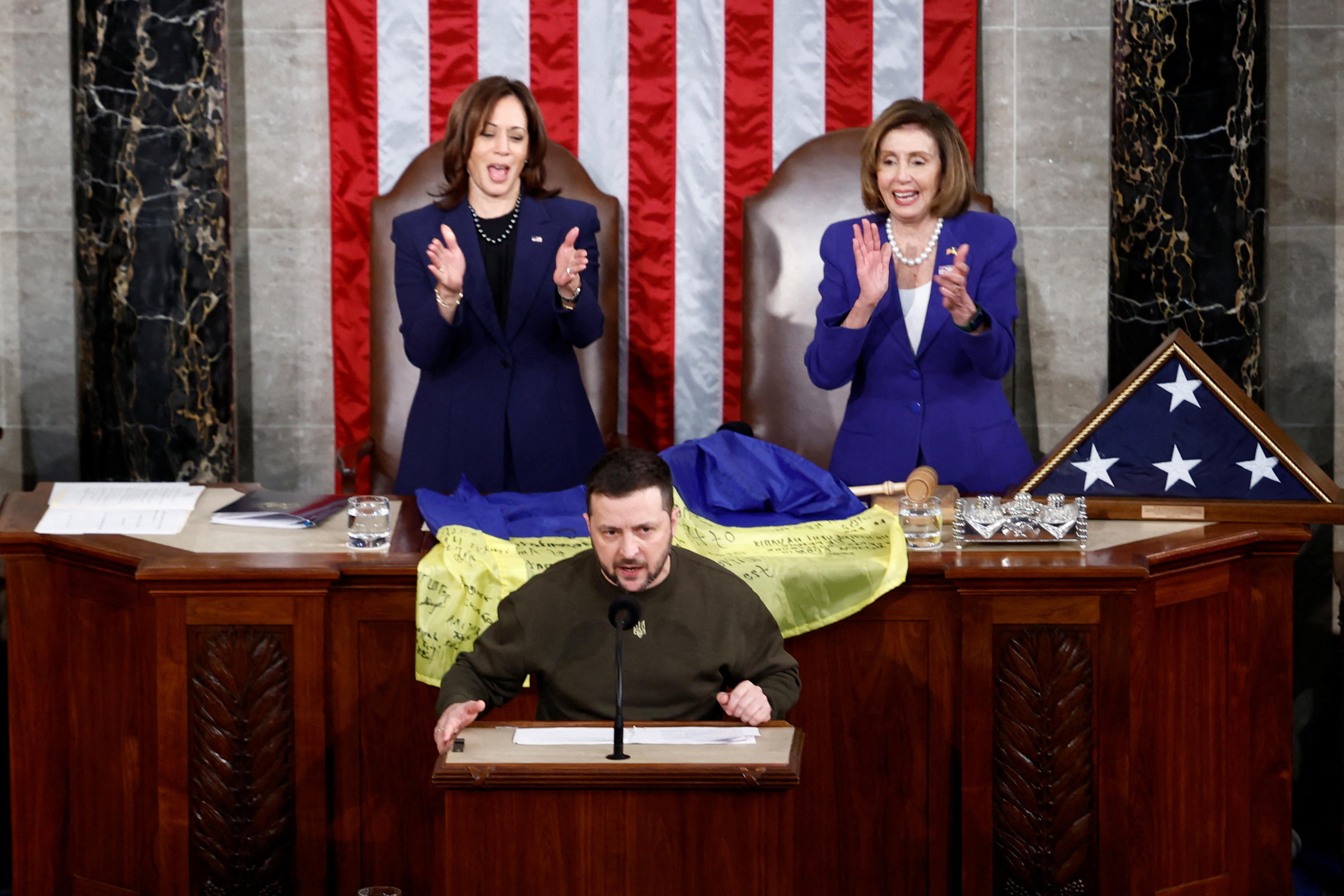 Ukraine’s President Volodymyr Zelenskiy addresses a joint meeting of the U.S. Congress while U.S. House Speaker Nancy Pelosi (D-CA) and U.S. Vice President Kamala Harris applaud, as a U.S. flag and Ukrainian flag are pictured on the table, in the House Chamber of the U.S. Capitol in Washington, U.S., December 21, 2022. REUTERS/Evelyn Hockstein 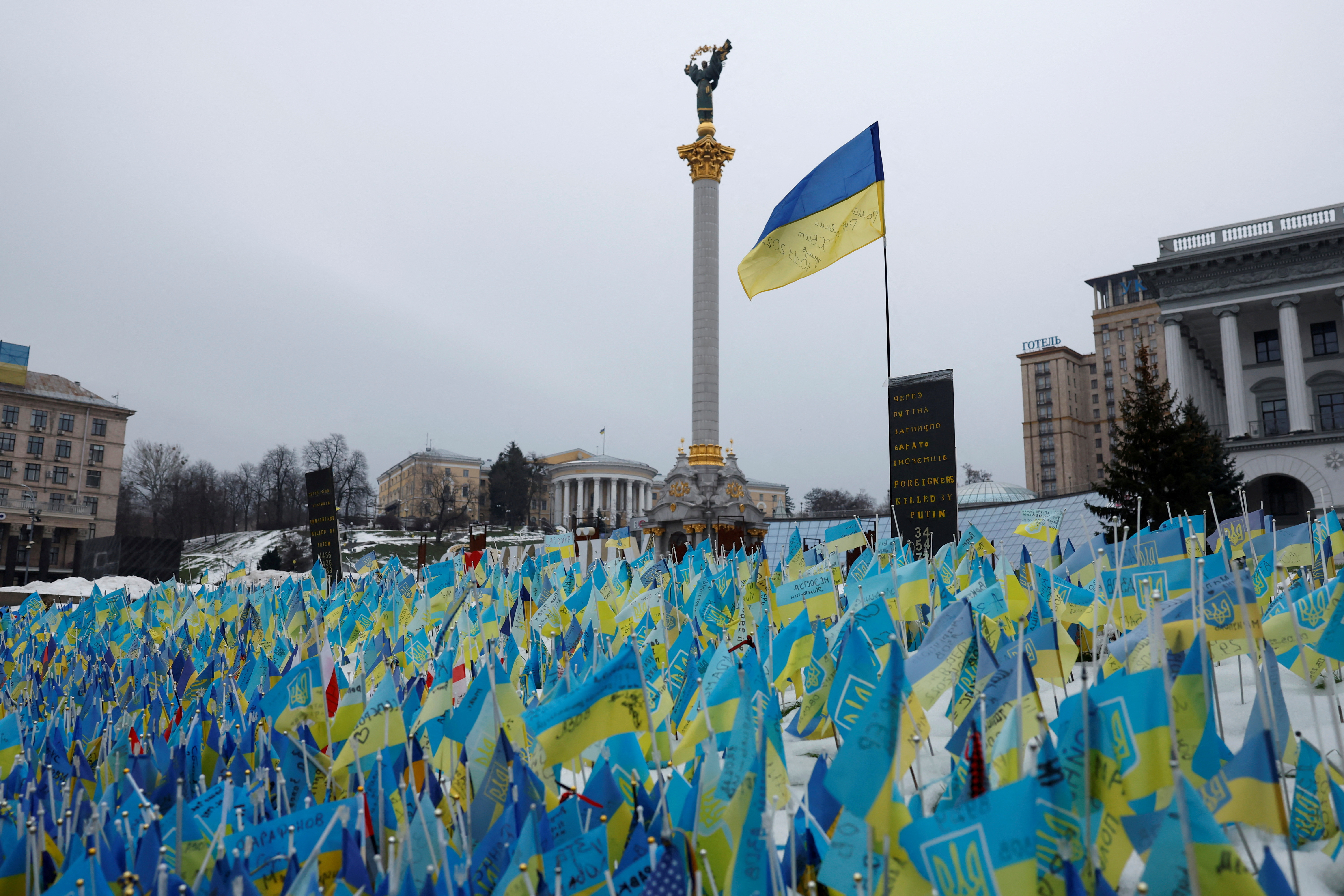 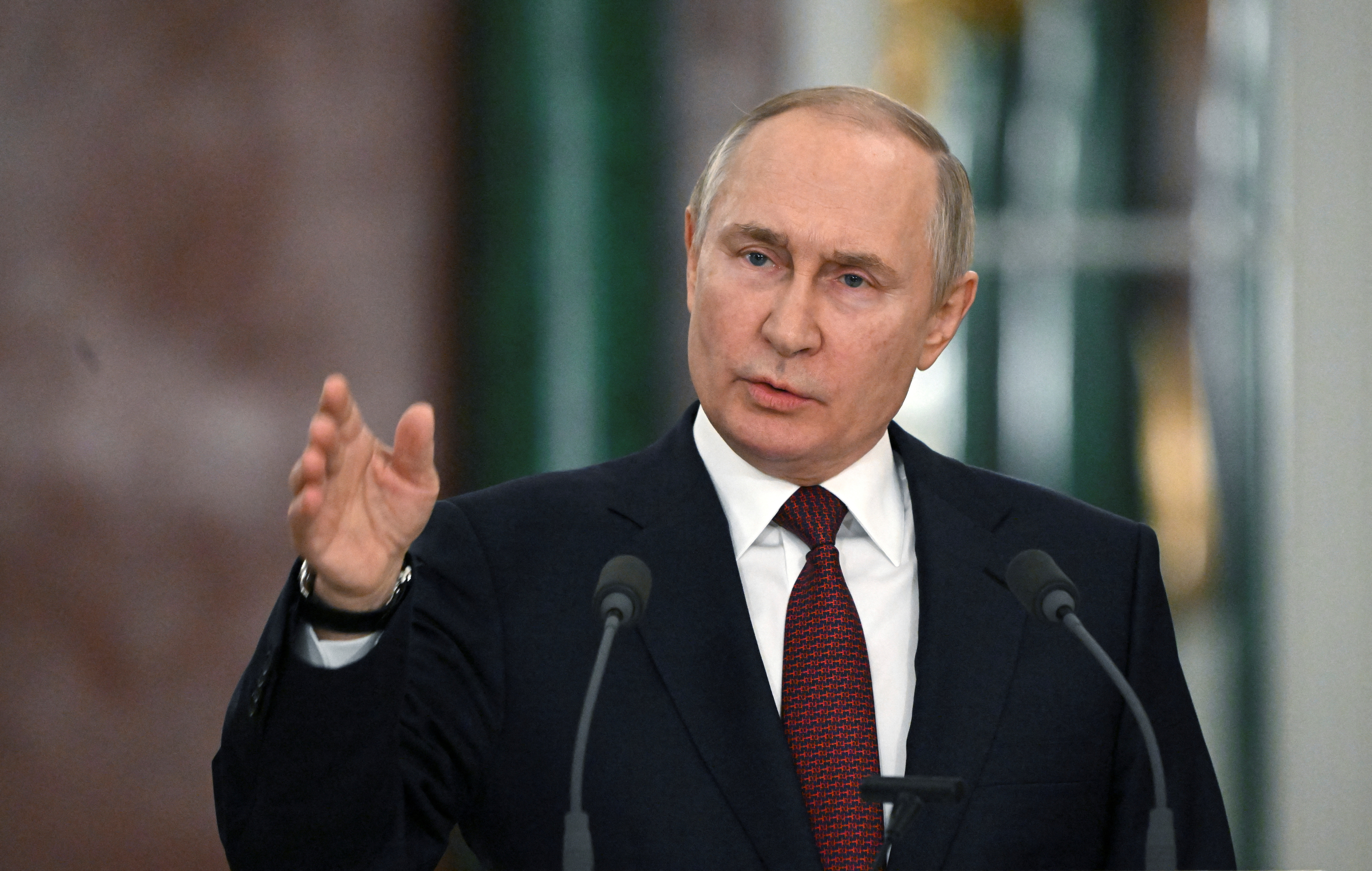 Russian President Vladimir Putin speaks during a news conference after a meeting of the State Council on youth policy in Moscow, Russia, December 22, 2022. Sputnik/Sergey Guneev/Pool via REUTERS

A man wearing a camouflage uniform walks out of PMC Wagner Centre, which is a project implemented by the businessman and founder of the Wagner private military group Yevgeny Prigozhin, during the official opening of the office block in Saint Petersburg, Russia, November 4, 2022. REUTERS/Igor Russak 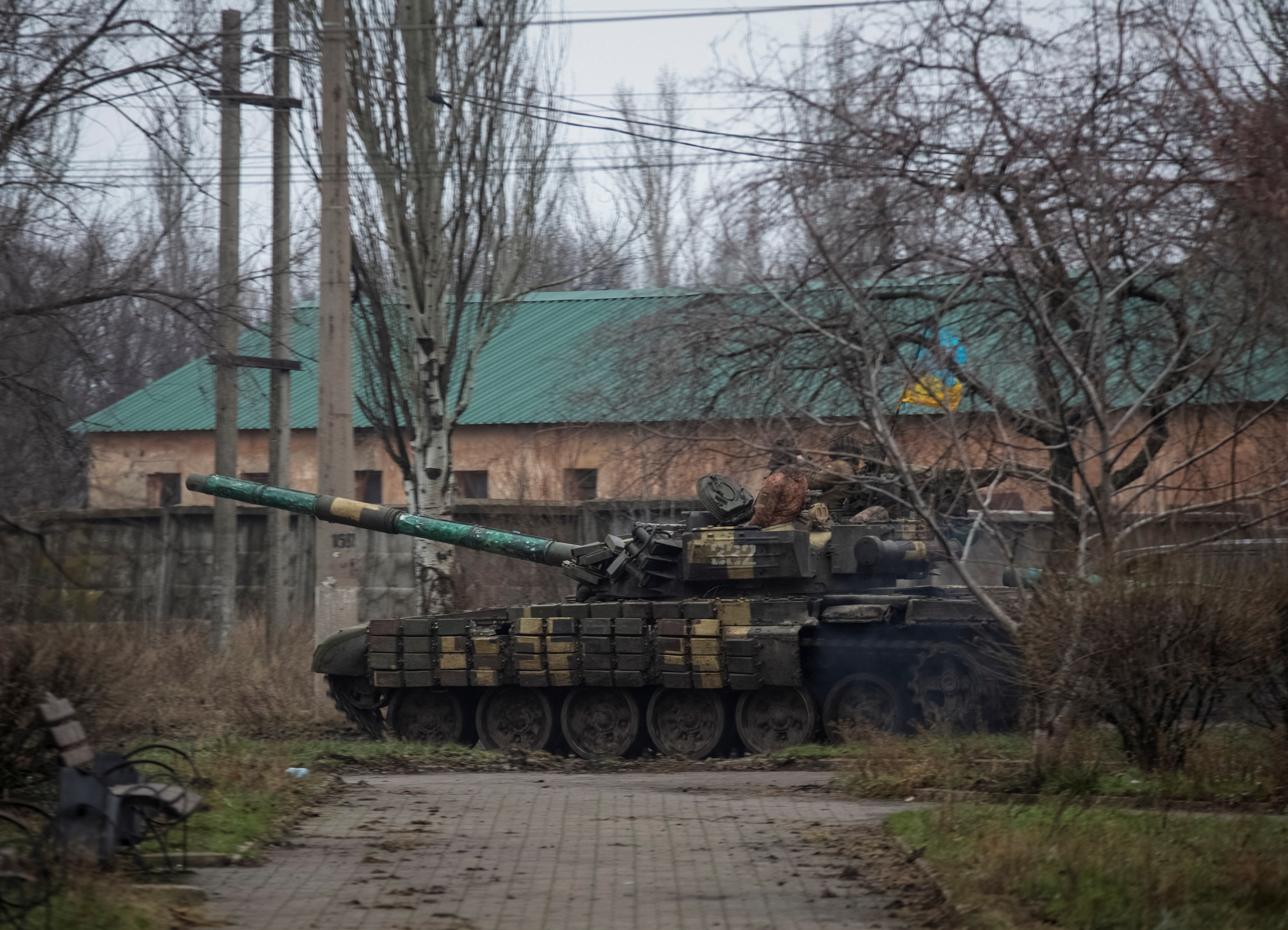 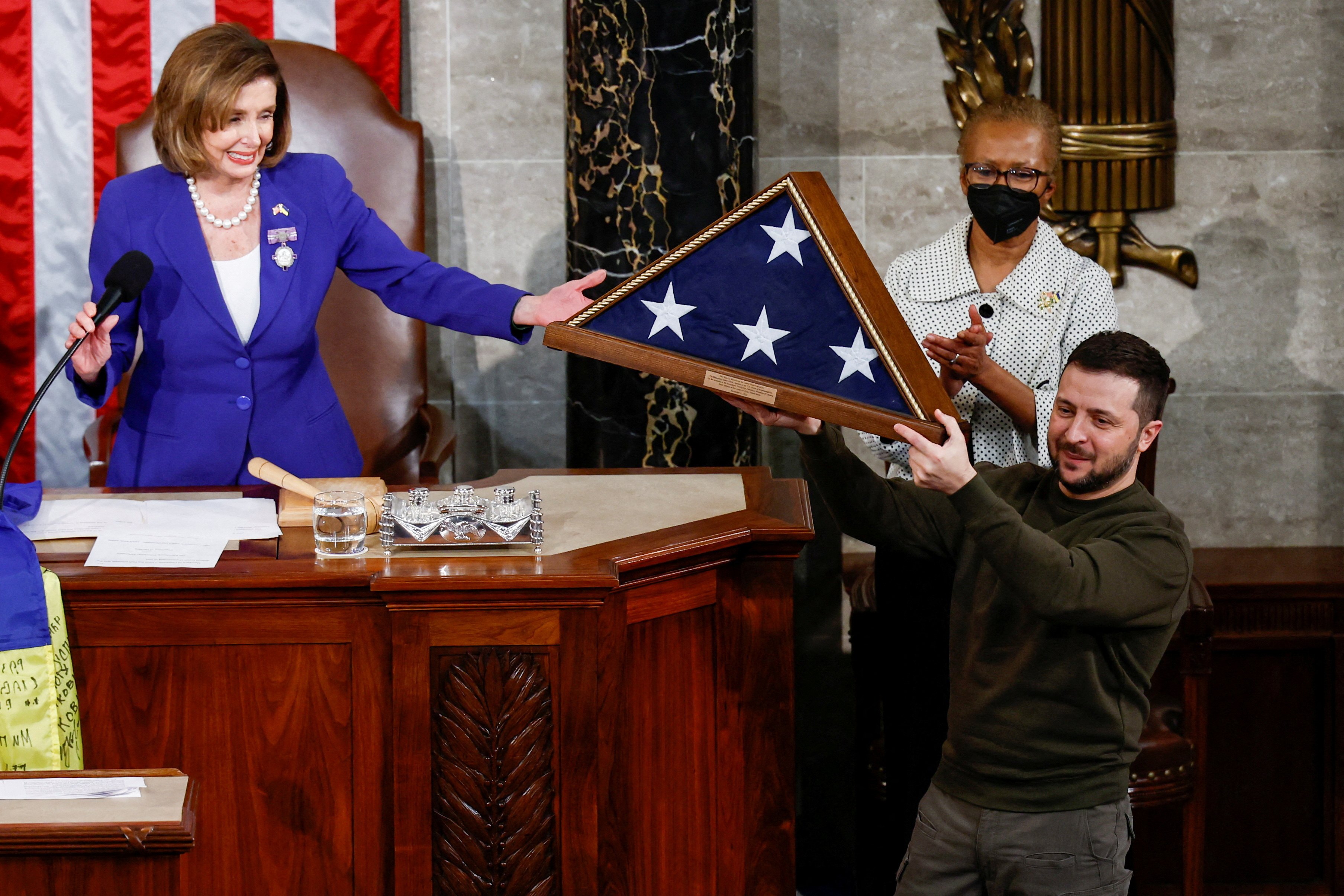 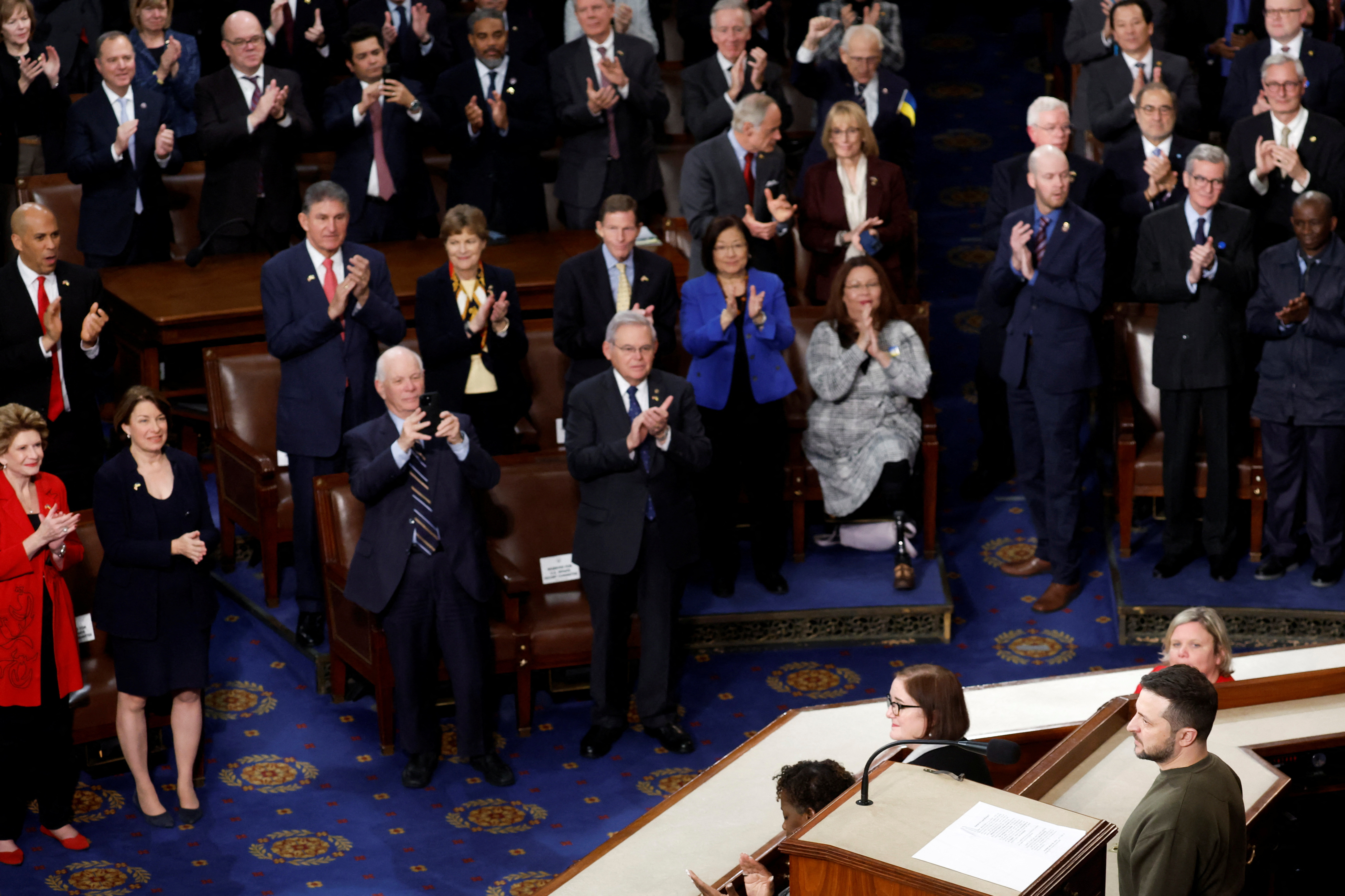 Ukraine’s President Volodymyr Zelenskiy receives one of many standing ovations as he addresses a joint meeting of U.S. Congress in the House Chamber of the U.S. Capitol in Washington, U.S., December 21, 2022. REUTERS/Jonathan Ernst 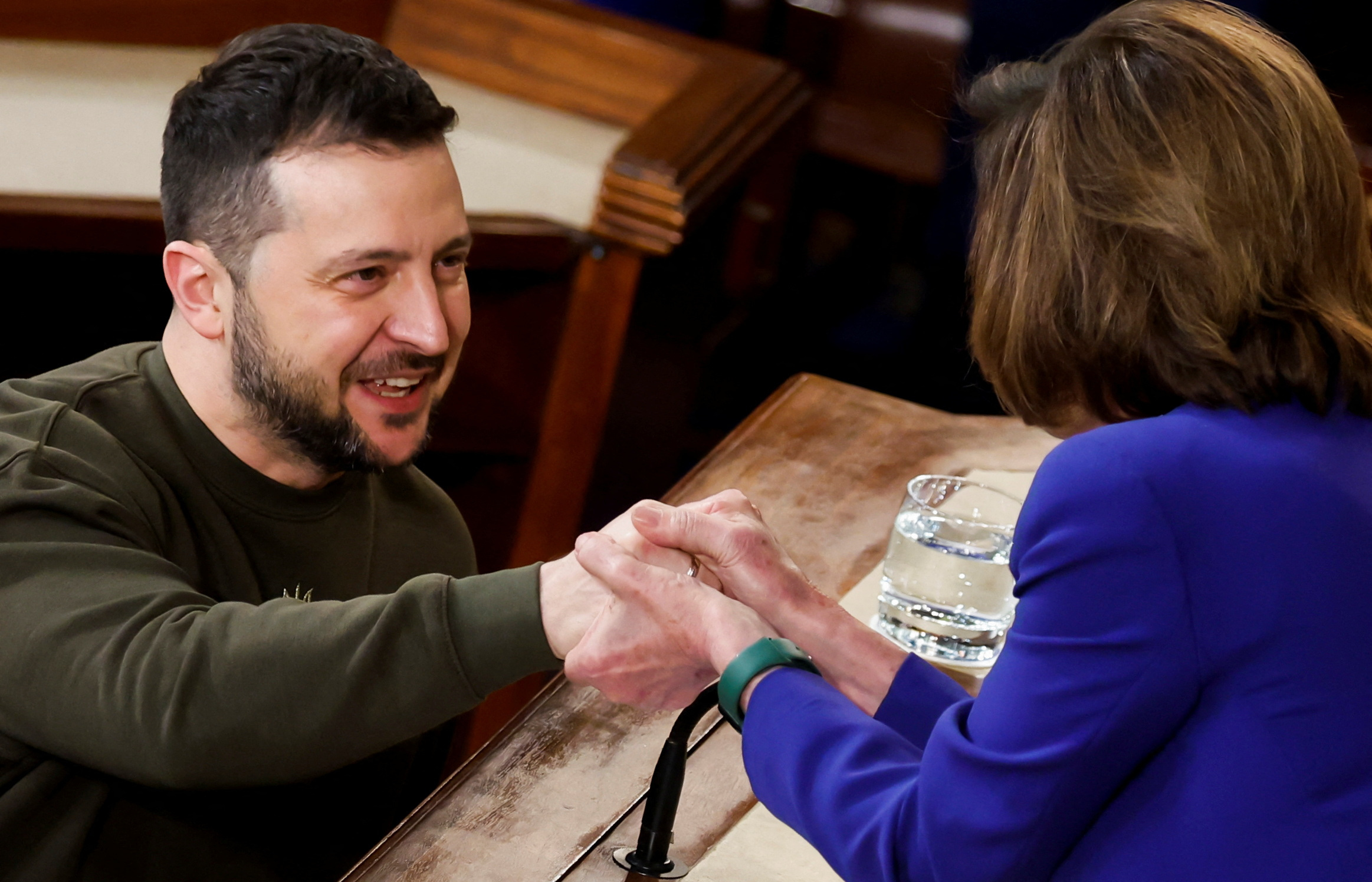 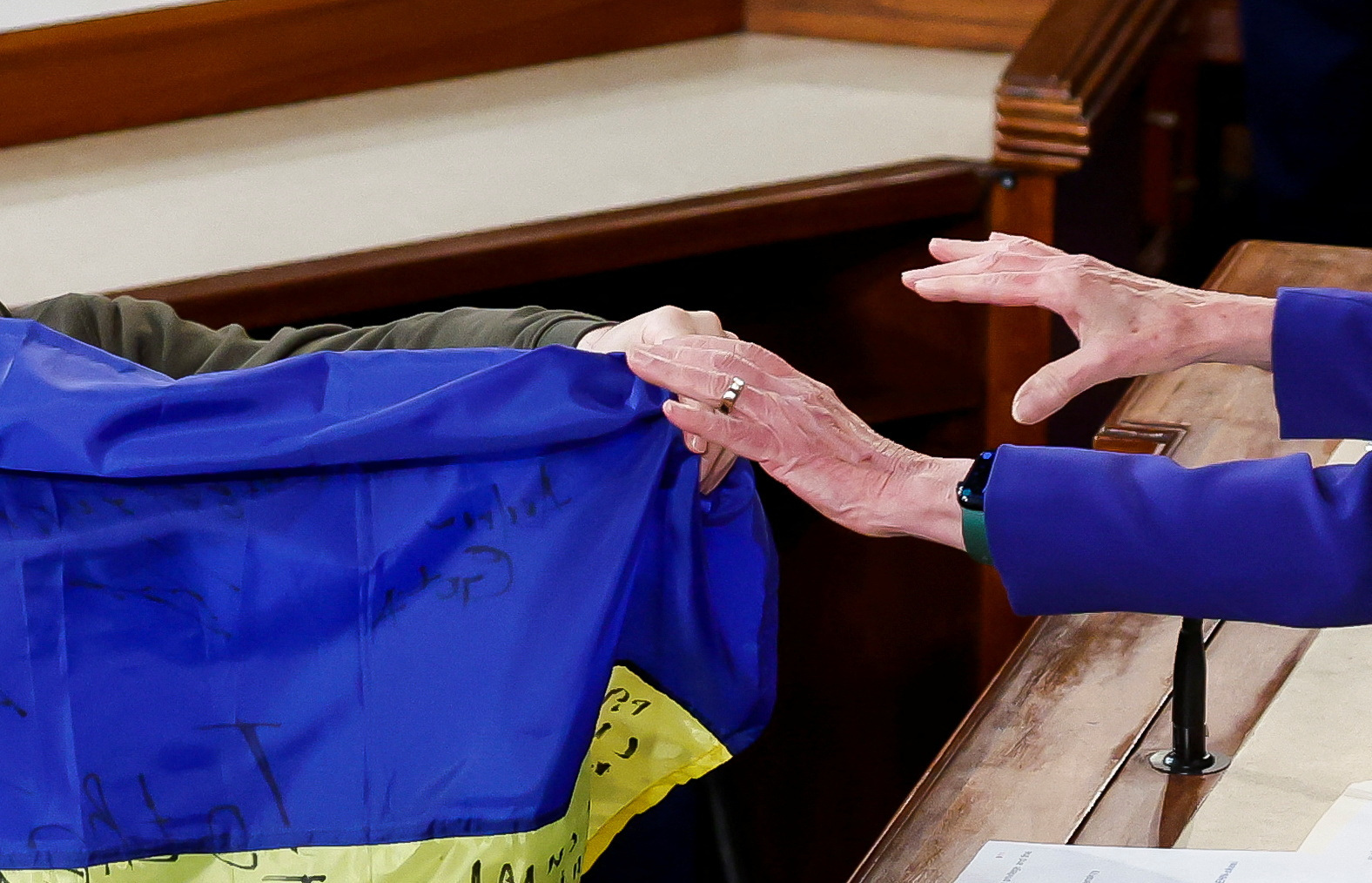 Ukraine’s President Volodymyr Zelenskiy presents a Ukrainian flag given to him by defenders of Bakhmut to U.S. House Speaker Nancy Pelosi (D-CA), while U.S. Vice President Kamala Harris applauds during a joint meeting of U.S. Congress in the House Chamber of the U.S. Capitol in Washington, U.S., December 21, 2022. REUTERS/Jonathan Ernst 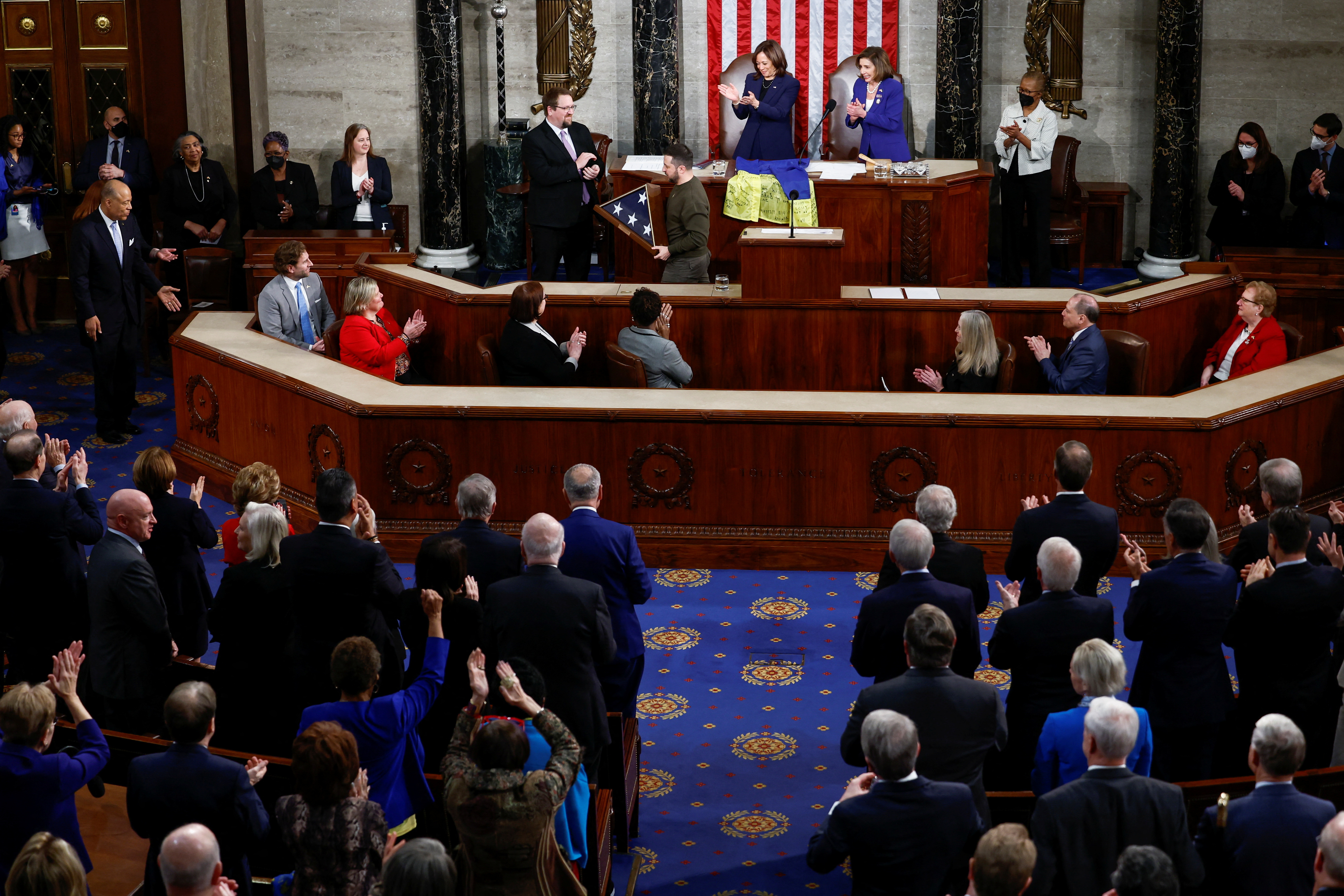 Ukraine’s President Volodymyr Zelenskiy carries a U.S. flag presented to him by U.S. House Speaker Nancy Pelosi (D-CA) during a joint meeting of the U.S. Congress in the House Chamber of the U.S. Capitol in Washington, U.S., December 21, 2022. REUTERS/Evelyn Hockstein 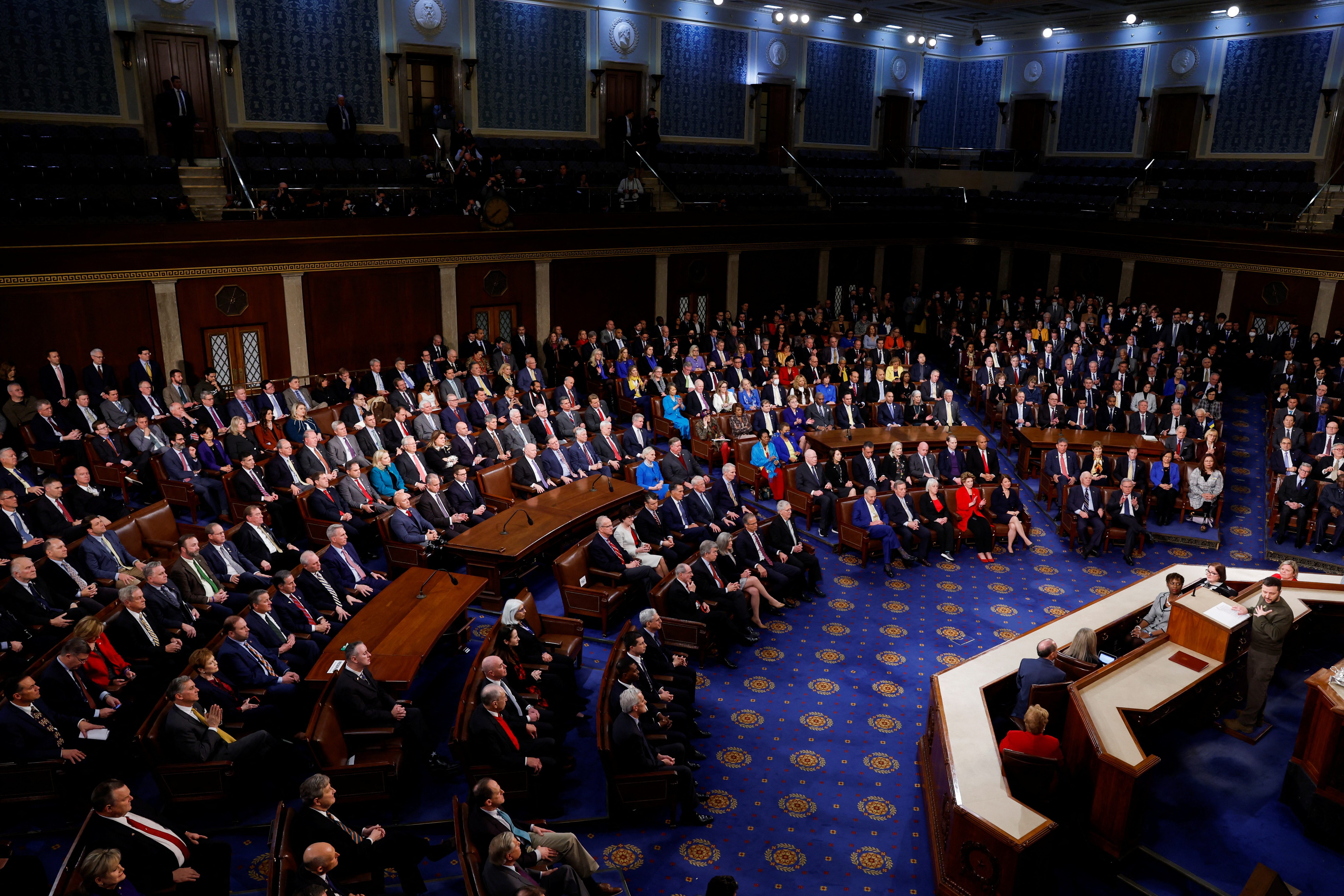