Russian President Vladimir Putin attends an Orthodox Christmas mass alone in the Cathedral of the Annunciation at the Kremlin in Moscow, late on January 6, 2023.

Photographs and video from the Annunciation Cathedral – one of five churches in the Kremlin – show the president as the sole worshipper at the service, appearing to avoid any of the public celebrations.

According to Russian journalist Mikhail Zygar’s essay in The New York Times, over the last few years, Putin has become so isolated that he has “completely lost interest in the present” and is “obsessed” with the past.

A lack of trust is a major component in the president’s isolation, said Zygar, writing that Putin’s aides have long tried to push the message that he is the “only person who can save Russia.” He now believes that so strongly he doesn’t even trust the people around him.

Putin has also reportedly become obsessed with health and germs as a result of the pandemic, trying hard to be socially distanced at all times. This has led to meetings with world leaders at 13-foot-long tables. 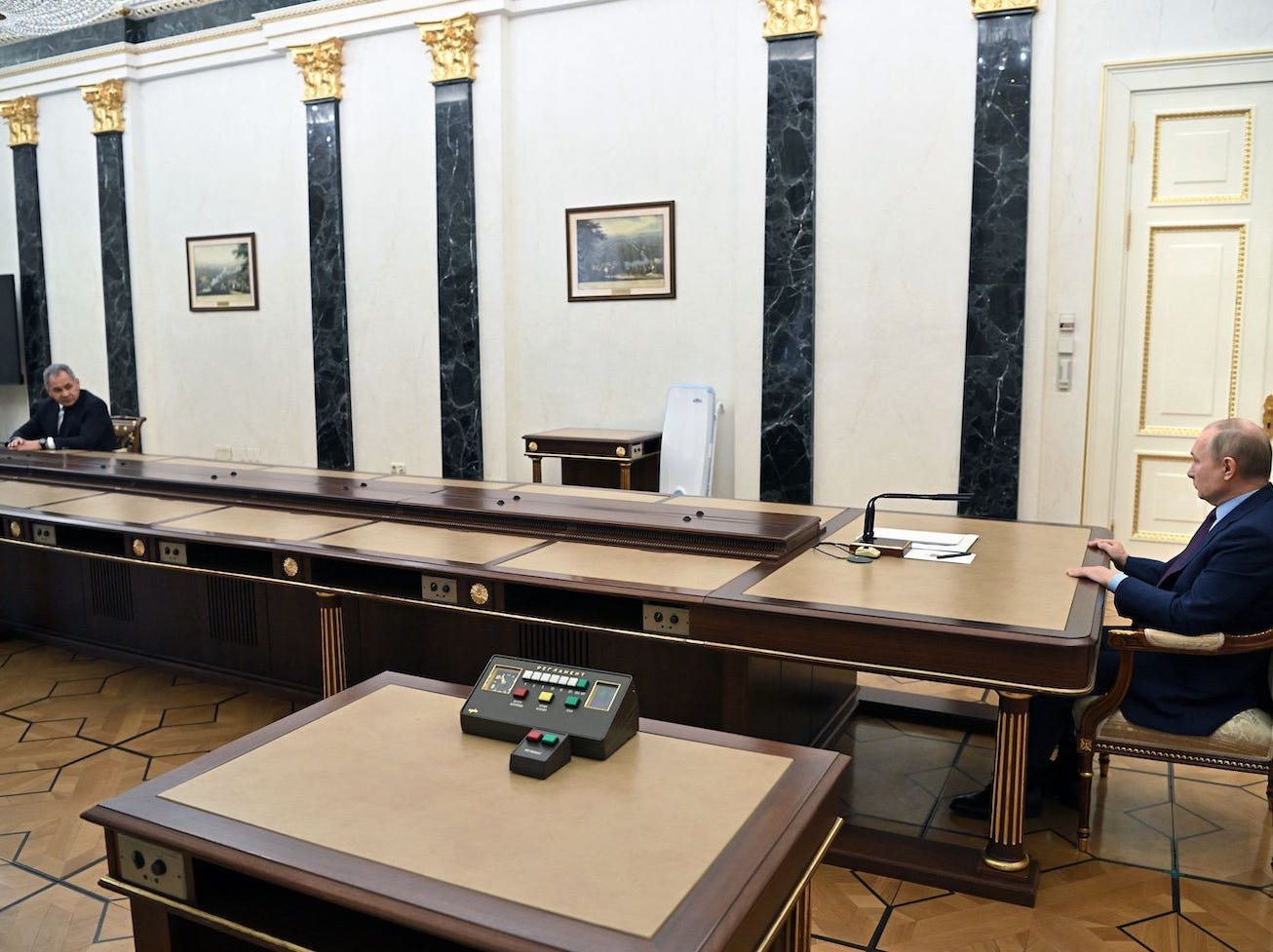 Russian President Vladimir Putin and Russian Defence Minister Sergei Shoigu hold a meeting at the Kremlin, in Moscow on February 14, 2022.

In a statement released on the Kremlin website, the Russian president thanked the Orthodox church, saying, “It is deeply gratifying to note the enormous constructive contribution of the Russian Orthodox Church and other Christian denominations in unifying society, preserving our historical memory, educating youth and strengthening the institution of family.”

Putin asked for a ceasefire in Ukraine to commemorate the celebration, but Kyiv rejected this. One of President Zelenskyy’s top advisors said that the “‘Christmas truce’ is a cynical trap & an element of propaganda.”