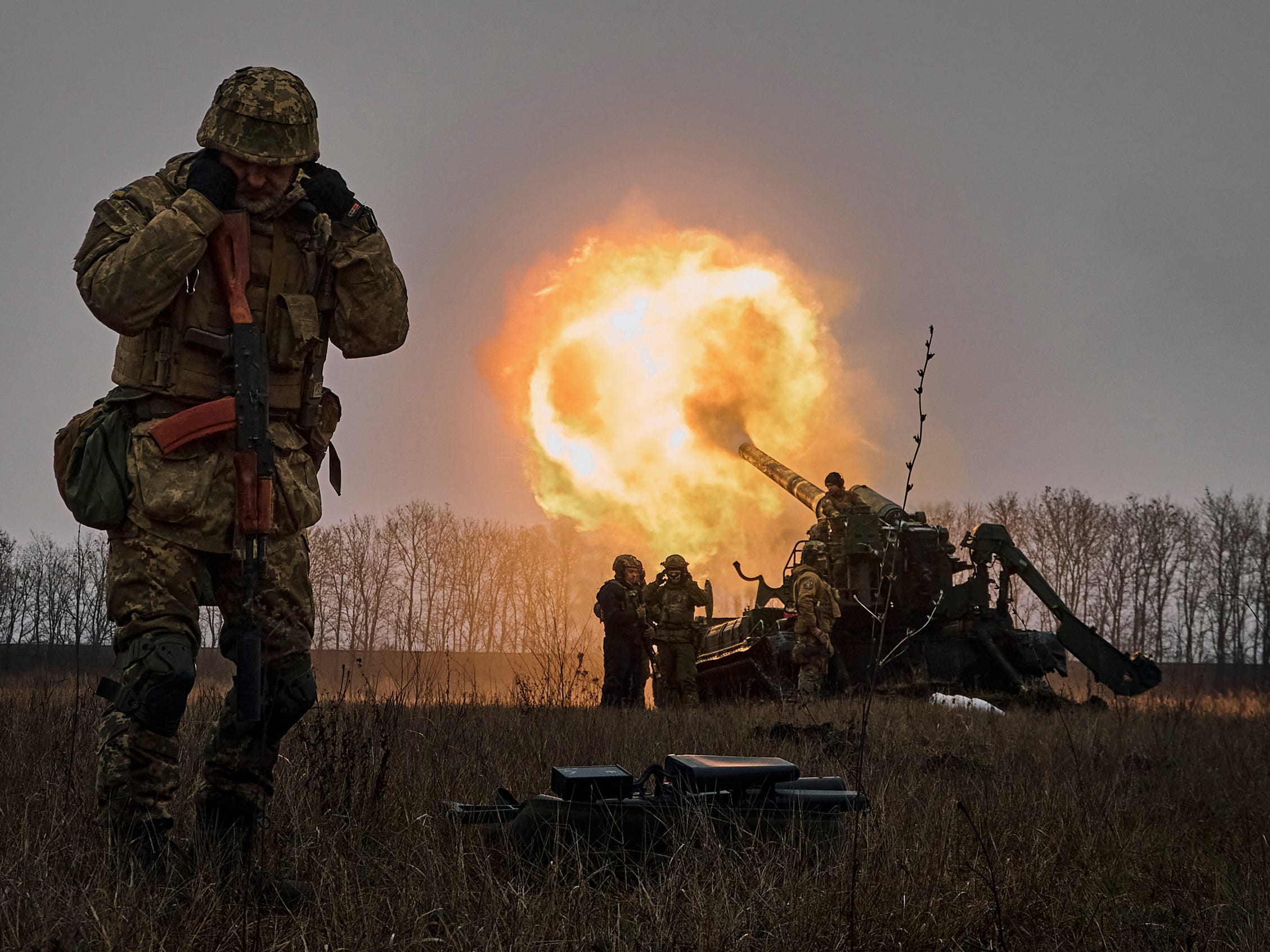 A top Ukrainian military advisor said Russia’s notorious Wagner Group paramilitary organization is sending prisoners to the frontlines to die in the war.

“They recently hired a lot of prisoners. They’re being pushed on the frontline [in Bakhmut],” said Oleksandr Danylyuk, Ukraine’s former national security advisor who now helps with military planning, according to Politico.

He continued: “They are — I cannot say fearless — but they have nothing to lose pretty much. So, they are attacking constantly and they’ve been killed in big quantities as well.”

The prisoners have been shoved to the forefront of the fighting in the war-torn Ukrainian city of Bakhmut.

The Wagner Group — which has close ties to the Kremlin — has fought alongside Russian troops in Ukraine. Yevgeny Prigozhin, an ally of Russian President Vladimir Putin and the leader of Wagner, was seen earlier this year recruiting fighters from a Russian prison, offering them freedom if they get deployed to the battlefield.

Russian forces have been trying to capture Bakhmut, a city in eastern Ukraine’s Donetsk region that had a population of over 70,000 people, for months now. Earlier this week, Ukrainian President Volodymyr Zelenskyy called it the “hottest spot” of the entire war, and even made a surprise trip there on Tuesday to visit troops.

Britain’s defense ministry said in a recent intelligence update that Wagner Group mercenaries have played a “major role” in combat operations around the city, and the group “developed offensive tactics to make use of the large number of poorly trained convicts it has recruited.”

Individual Wagner fighters have been told to advance on their targets — oftentimes without being accompanied by armored vehicles — while higher-up officials remain behind, Britain’s defense ministry said.

“These brutal tactics aim to conserve Wagner’s rare assets of experienced commanders and armoured vehicles, at the expense of the more readily available convict-recruits, which the organization assesses as expendable,” Britain’s defense ministry said.

This story is developing. Please check back for updates.

Home » Audio Sources - Full Text Articles » Russia’s infamous Wagner Group is throwing prisoners who ‘have nothing to lose’ on the frontlines, Ukrainian advisor says
a