Skip to the content
Advertisements | Advertising at The News And Times - advertising-newsandtimes.com | WE CONNECT!
Spread the News

The Russian invasion of Ukraine has sparked Europe’s largest armed conflict since WWII and inflicted catastrophic damage on the continent’s largest nation. In addition to the staggering human and economic toll of Putin’s war, Ukraine is also facing an ecological crisis with the country’s forests particularly at risk.

The most immediate wartime threat facing Ukraine’s forests is posed by wildfires. Between the start of the Russian invasion on February 24 and the end of May, more than 160,000 hectares of Ukrainian forest burned down in regions affected by hostilities. With battle raging along a frontline stretching for more than a thousand miles across the country and Russian forces seeking to systematically destroy Ukraine’s natural and industrial resource base, this grim trend looks set to continue.

There are also major war-related problems in forested areas that have already been liberated by the Ukrainian military. In late March and early April, Russian troops were forced to retreat from northern Ukraine following defeat in the Battle of Kyiv. As they withdrew across the border into Russia and Belarus, they left behind thousands of hectares of mined forests. It will likely be decades before these areas can be fully demined.

Other less immediate but equally serious threats to Ukraine’s forests have emerged in recent months against the backdrop of the Russian invasion. The war has sent the Ukrainian economy into freefall, with the National Bank of Ukraine predicting a GDP drop of at least 33% in 2022 and possibly much more. Understandably, the authorities are seeking emergency measures to compensate for this economic collapse. Increased logging is being viewed as one potentially viable option.

The Head of Ukraine’s State Forest Agency and the Minister of Environment have officially unveiled plans to increase the volume of felling. These efforts are set to focus primarily on logging in hard-to-reach mountains and wetlands. In other words, we could soon witness the destruction of Ukraine’s most valuable remaining natural forests. Such plans may sound somewhat far-fetched, but they are actually part of the government’s vision for Ukraine’s economic recovery and were even presented at the Ukraine Recovery Conference, which took place in early July in the Swiss city of Lugano. The Ukrainian authorities also plan to attract foreign funding for forest development projects.

At this stage, it could still be argued that Ukraine’s emergency logging initiative may not actually be implemented. However, a number of steps have already been taken since the outbreak of hostilities to ensure a future increase in felling volumes. Back in March, the Ukrainian parliament abolished a number of environmental restrictions on logging as part of wartime measures ostensibly introduced to enhance the country’s defense capability.

The Ukrainian authorities have also made it more difficult for civil society to participate in efforts to monitor the environmental impact of logging. Access to previously public documents on felling has recently been closed or restricted. Meanwhile, a number of legislative acts that seek to further simplify the felling of older forests are currently being prepared. These and other steps have resulted in a 10-25% increase in felling volumes in recent months throughout Ukraine’s western regions compared to the same period in 2021. Activists fear this increase is only the beginning.

Even before the Russian invasion, Ukraine’s natural forests were shrinking and being replaced by plantations. The environmental, social and economic consequences of such unsustainable forest management are potentially disastrous and reach far beyond Ukraine. For example, the EU has clearly expressed the objective of conserving the Carpathians, but these efforts will be fruitless unless the Ukrainian part of the Carpathians is also protected.

What can be done to save Ukraine’s forests? The most obvious solution is to bring the war to an end as quickly as possible. This can only be achieved with the support of the international community, which must impose tougher sanctions of Russia and provide Ukraine with enough weapons to defeat Putin’s invaders on the battlefield. Anything less than a Ukrainian military victory will lead to a compromise peace which would merely set the stage for a new war in the years ahead.

Clearly, Russia’s defeat cannot be achieved overnight. In the meantime, it is vital for Ukraine’s partners to create incentives for the preservation of the country’s forests. The Ukrainian authorities depend heavily on the international community for financial assistance to keep the economy afloat. Ukraine has also recently received official EU membership candidate status, which brings additional obligations as well as opportunities. With this in mind, Ukraine’s international partners should look to incorporate conservation measures as a condition for continued support.

This would be very much in line with Ukraine’s own European integration ambitions. In July 2022, more than 25 European NGOs appealed to the EU leadership with a list of specific steps needed to protect Ukrainian forests. Developed in the spirit of the European Green Deal, this list includes high-priority laws and other measures. It can become a roap map for the Ukrainian authorities.

As Ukraine fights for survival and defends its right to a European future, it is vital to make sure the country’s unique ecological inheritance is preserved and does not fall victim to Putin’s invasion. European support can help prevent that from happening.

Yehor Hrynyk is the coordinator of the Ukrainian Nature Conservation Group. 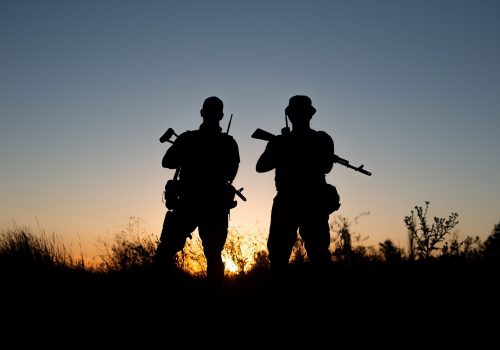 A new opinion poll indicates that the Russian public continues to strongly support their country’s invasion of Ukraine but there are growing signs that Vladimir Putin’s invading army is suffering from low morale. 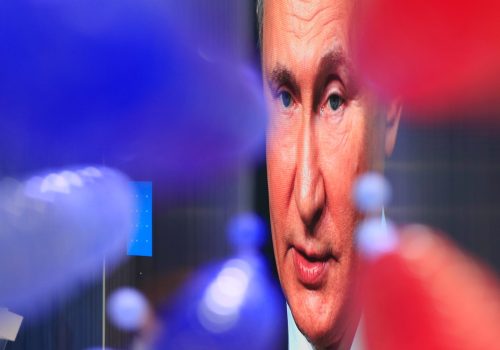 Putin believed his own propaganda and fatally underestimated Ukraine

Vladimir Putin likes to pose as an expert on all things Ukrainian but in reality his understanding of Ukraine is hopelessly distorted by propaganda that has led him to fatally underestimate Ukrainian resilience. 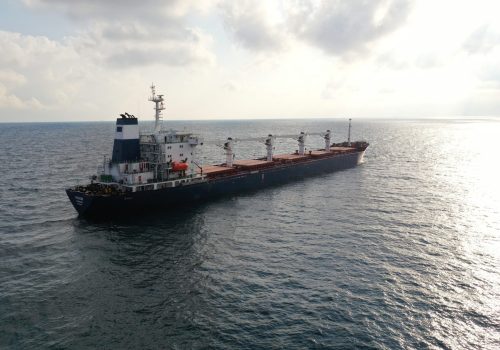 The recent UN-brokered agreement to end Russia’s Black Sea blockade and renew Ukrainian grain shipments is a step in the right direction but the only way to truly safeguard global food security is via military measures.

The post Russia’s invasion is putting the future of Ukraine’s forests at risk appeared first on Atlantic Council.

Spread the News
Advertisements | Advertising at The News And Times - advertising-newsandtimes.com | WE CONNECT!