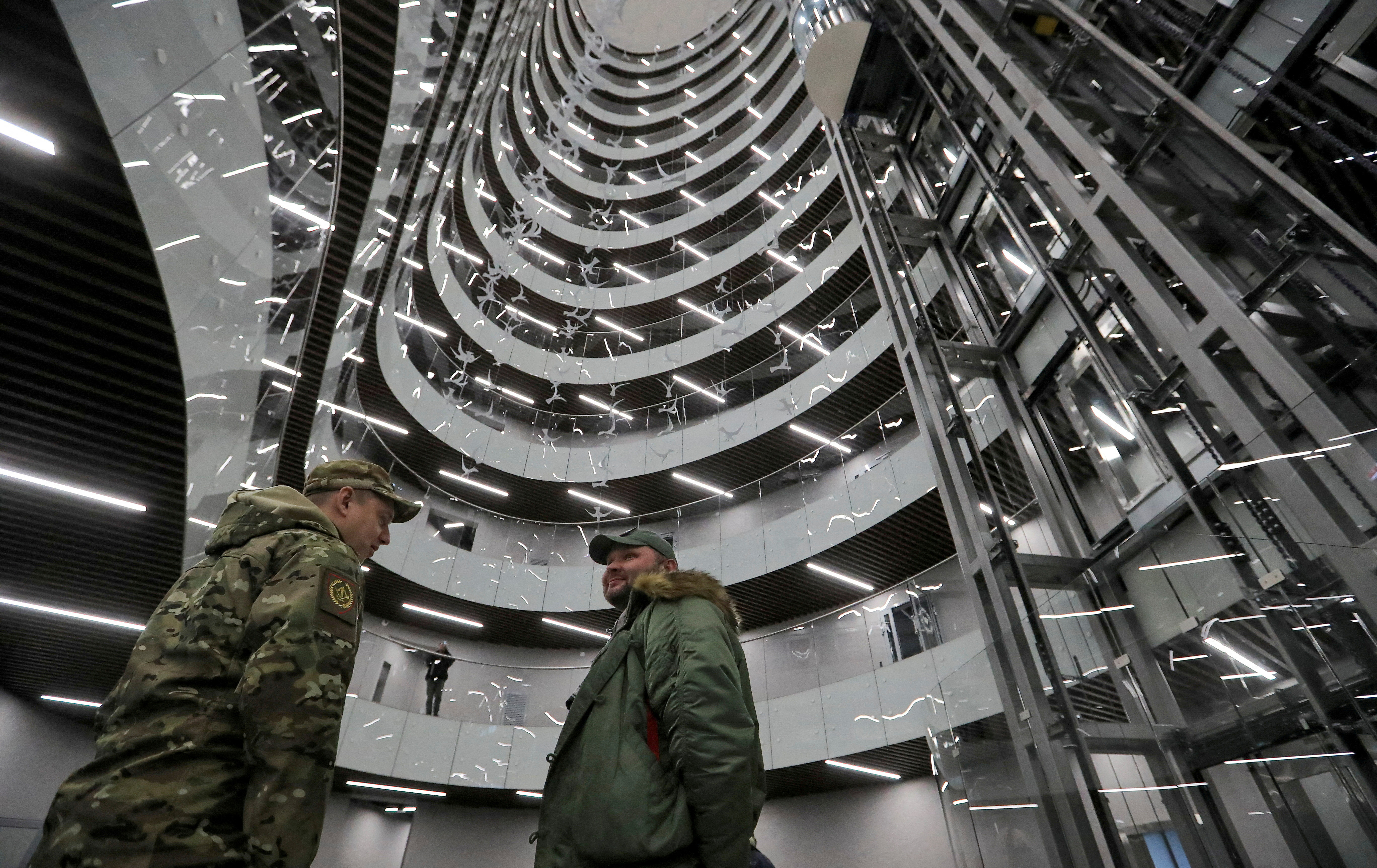 An interior view shows PMC Wagner Centre, which is a project implemented by the businessman and founder of the Wagner private military group Yevgeny Prigozhin, during the official opening of the office block in Saint Petersburg, Russia, November 4, 2022. REUTERS/Igor Russak/File Photo

The head of the Russian private military contractor Wagner published on Saturday a short letter to the White House asking what crime his company was accused of, after Washington announced new sanctions on the group.

White House national security spokesperson John Kirby said on Friday that Wagner, which has been supporting Russian forces in their invasion of Ukraine and claiming credit for battlefield advances, would be designated a significant Transnational Criminal Organization.

A letter in English addressed to Kirby and posted on the Telegram channel of Wagner founder Yevgeny Prigozhin’s press service read: “Dear Mr Kirby, Could you please clarify what crime was committed by PMC Wagner?”

North Korea’s Foreign Ministry called the report groundless and Prigozhin at the time denied taking such a delivery, calling the report “gossip and speculation”.

Washington had already imposed curbs on trade with Wagner in 2017 and again in December in an attempt to restrict its access to weaponry.

The European Union imposed its own sanctions in December 2021 on Wagner, which has been active in Syria, Libya, the Central African Republic, Sudan, Mozambique and Mali, as well as Ukraine.

Prigozhin has described Wagner as a fully independent force with its own aircraft, tanks, rockets and artillery.

He is wanted in the United States for interference in U.S. elections, something that he said in November he had done and would continue to do.