When filmmaker Alice Diop first arrived in a courtroom to watch the trial of Fabienne Kabou—a Senegalese woman accused of drowning her 13-month-old daughter on a French beach—she did not intend to make a movie about the incident. But by the trial’s end, Diop had conceived the initial idea behind her narrative debut Saint Omer, France’s current submission for the Oscars’ best international film category.

“I became fascinated by the story without knowing exactly why,” Diop tells TIME via her translator. Kabou, then 39, made international headlines in 2013 when she claimed witchcraft made her travel from Paris to Berck-sur-Mer, France, with her only child Adélaïde, where she breastfed her on the beach, and placed her down as the sea came in. The act claimed Adélaïde’s short life. Fishermen discovered the infant’s body the very next day and, in 2016, Kabou was ultimately sentenced to 20 years in jail after a trial.

But for Diop, the case itself is not the most captivating part of the tragic story. “Beyond the crime, the imagery of that scene gave it almost a mythical dimension,” she says. “A woman offering her child to the sea—a feminine word in French—a mother more powerful than herself.” Diop says the case also invoked the Greek myth of Medea, who killed her own children Mermerus and Pheres—that she bore through Jason, to enact revenge on him. What she witnessed in the courtroom left Diop wondering how a mother could kill her child.

Saint Omer puts a spin on the courtroom drama by centering another woman’s perspective of the trial. Rama (Kayije Kagame) is a pregnant young academic and writer who—like Diop did—travels to the northern French town of Saint Omer, to attend the trial of Laurence Coly (Guslagie Malanda), a fictionalized version of Kabou. “It was the only way I saw to get inside the heart of the subject,” says Diop of her choice to frame the narrative around Rama.

Diop adds that she used the original transcripts from Kabou’s proceedings to inform the script and says that the courtroom setting of the film forces viewers to learn about a character’s soul through “objective facts,” cementing the mystery of Laurence. A common theme in Diop’s work is the shedding of light on that which has been “invisible” in society, she says, and in Saint Omer, this partly includes the marginalization of Black and migrant women. “This Black exile, or this uprooting of Black women, shaped the next generation of women like myself so the film is about these two dimensions,” says Diop. “Motherhood as a universal concept and that particularity of exile and Black women.”

In Saint Omer, Laurence is shown to be an intelligent woman who was sent from Senegal—a former French colony—to study in France, saddled with immense expectations from her separated parents, a rich father and a poorer mother, to become a high achiever. Laurence’s mother expects her to speak perfect French and takes pride in how presentable her daughter is, even on the stand. Meanwhile, Laurence loses favor and the financial support of her father when she decides to pursue philosophy instead of studying law.

It is in this vulnerable state that she meets Luc Dumontet, an older white man separated, but not divorced, from his wife, with a pregnant daughter closer to Laurence’s age. Luc fathers a daughter with Laurence but his neglectful absence means that she gives birth at home and doesn’t register the birth of their daughter, Elise. Like many characters Diop is concerned with, the infant was invisible since birth.

In contrast to Laurence, who speaks volumes during her testimony, Rama has much less to say with words and conveys emotions through pained expressions and labored breathing. The two women have a few commonalities but they notably share complex relationships with their mothers. Diop says that as she watched Kabou’s trial unfold, other women in the courtroom collectively seemed to ponder their own connection to motherhood and it was then that she realized the story was universal. “I understood that my profound emotion while witnessing this trial was absolutely shared by every woman around me in that room,” she says. 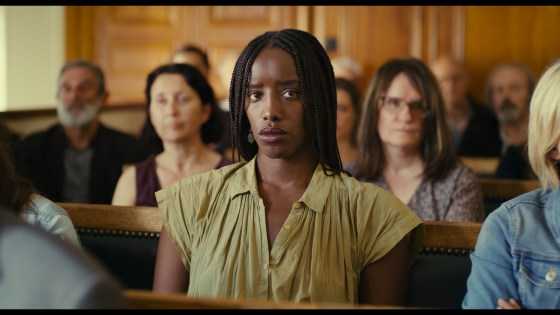 In September, Diop made history by becoming the first Black woman to represent France in the Oscars’ international category—a feat she says she didn’t expect “even in my wildest dreams.” But beyond the idea of representational firsts, the win confirmed to Diop that Black stories can be “universal.” Since the film debuted at Venice Film Festival, where it won the Silver Lion–the festival’s runner-up prize, she says it has resonated with viewers and critics of all ethnicities and genders.

Diop is best known for documentaries such as Nous (We) and La Permanence (On Call) which explore people from disparate communities on an individual level, rather than as a group. As such, she was able to view Kabou as a nuanced person, rather than as someone who was solely part of a murder case. No doubt, the most surprising aspect of the story is the accused’s claims of sorcery. Whether this is a symptom of mental illness or a supernatural truth that Western justice systems cannot accept, Diop allows space for all possibilities. Perhaps this is why Diop’s format—the movie comes across as half a documentary on Kabou and half a drama about Laurence—proves so successful: it asks us to look beyond binaries of truth and lie, right and wrong, to see the messiness of humanity.

When asked what she thought about Kabou’s eventual verdict, Diop says that she was simply not interested. “The verdict is in step with the justice system. Justice did what justice does. But cinema looked at it from a different angle,” she says. Her film serves to unpack how a person is led to commit such a horrific act, rather than focus on the act itself. Justice, for Diop, is less about a prison sentence and more about “the ability to listen and understand.” That is why the director says she chose to omit the verdict from her story, instead staying with Rama in the aftermath.

One of the final ideas Saint Omer leaves us with—via a monologue from the defense lawyer—is the idea that any woman has the potential to become a Laurence Coly or a Fabienne Kabou, depending on her life course. The film explains how chimeric cells—named after a mythical monster formed of different animal parts—are when a fetus’ cells migrate into their mother’s organs and remain a piece of them. “We women, we are all chimers. We carry within us the traces of our mothers and our daughters who, in turn, will carry ours,” the lawyer says. “In a way, us women, we are all monsters. But we are terribly human monsters.” 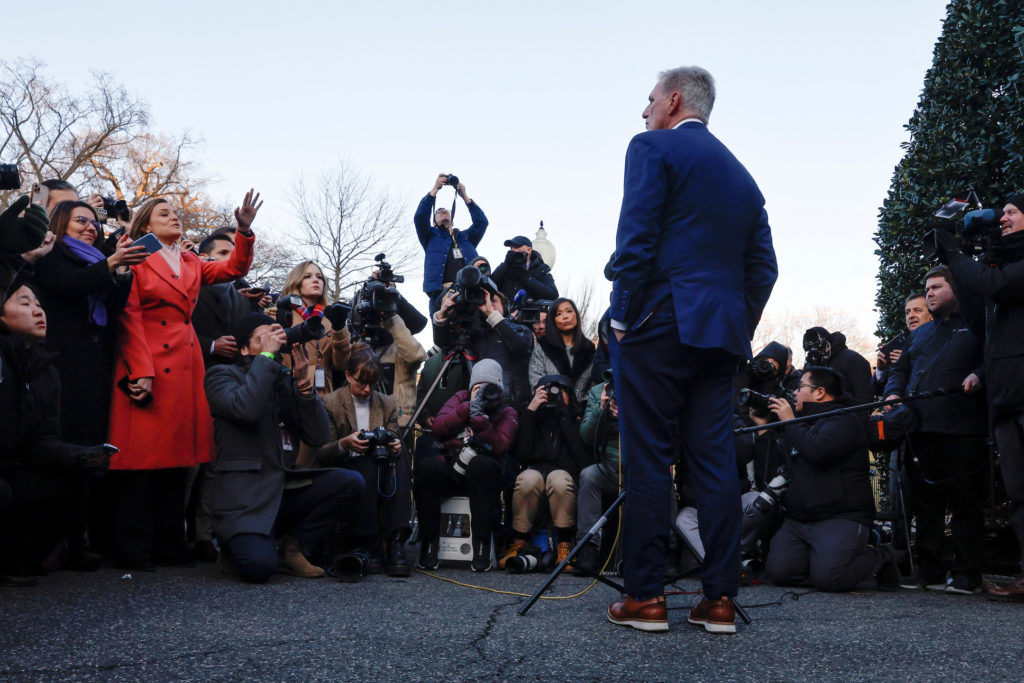 Home » Audio Sources - Full Text Articles » A Woman in France Claimed Witchcraft Made Her Kill Her Baby. The New Film Saint Omer Humanizes Her Story
a