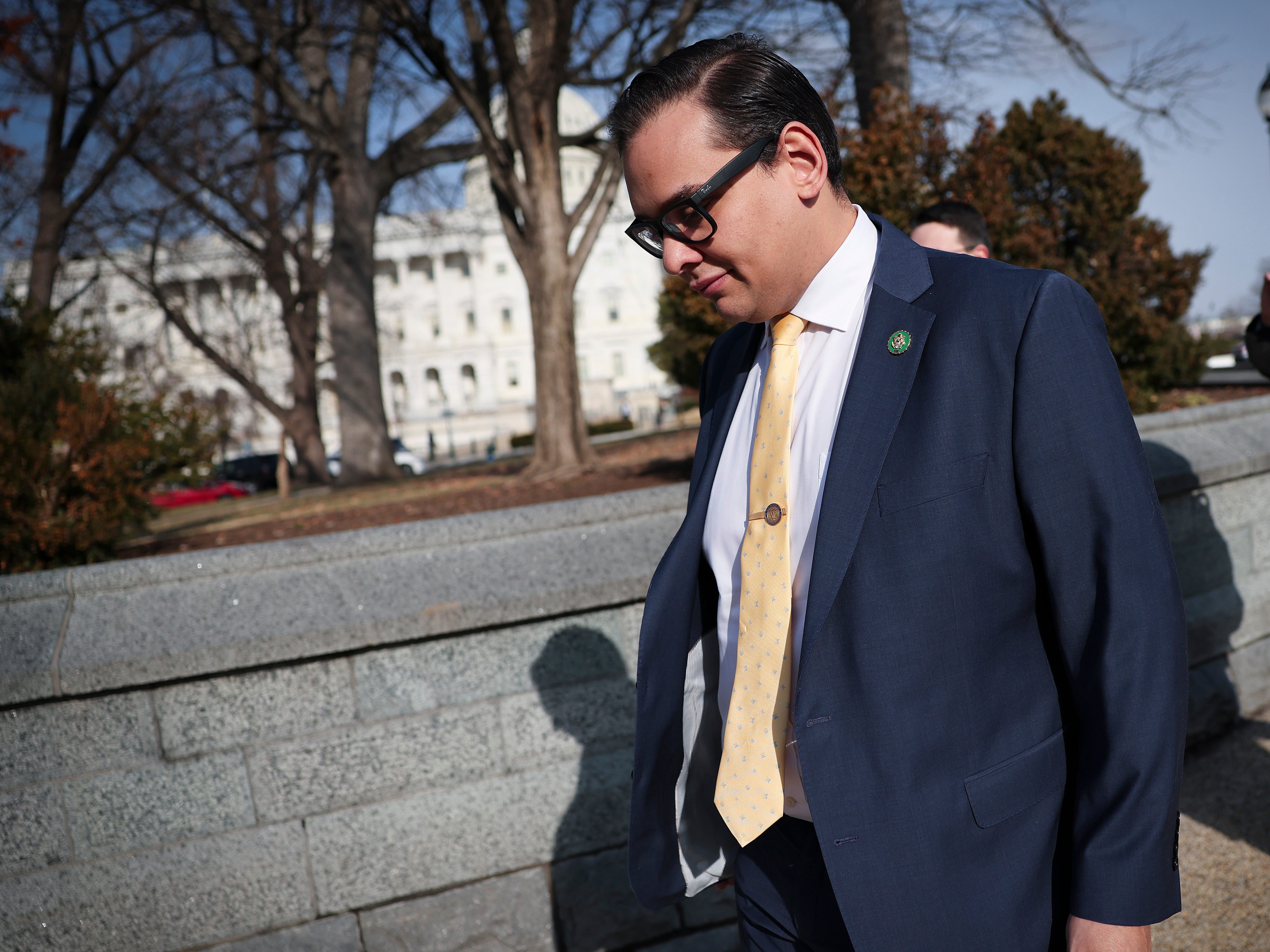 Two former roommates of Representative George Santos say the congressman took a Burberry scarf from one of them and wore it in public a year later to a 2021 “Stop the Steal” rally at which he claimed his own 2020 election was stolen from him.

The new revelation adds to a lengthy and growing list of accusations lobbed at the new member of Congress.

Gregory Morey-Parker and Yasser Rabello, who lived with Santos and have accused him of stealing other expensive items, told Patch they believe Santos stole a $520 Burberry scarf that was gifted to Morey-Parker by a friend during the time they lived together in an apartment in Queens.

In messages sent in 2020 between Morey-Parker and Rabello obtained by Patch, the two roommates vented about the items they suspected Santos had stolen, including an Armani shirt worth $500. The roommates refer to him as Anthony in the messages, matching reports that Santos was previously using the name Anthony Devolder.

Morey-Parker told Patch when he watched Santos speak at the January 5, 2021 rally while wearing the designer camel check scarf, he was sure it was his due to its “lighter” color in comparison to similar scarfs.

During his speech at the rally, Santos protested his own loss in New York’s 3rd congressional district to Democrat Thomas Suozzi in 2020, falsely claiming that like former President Donald Trump, his own election was “stolen” from him.

Calls for Santos’ resignation — including from Republicans — have become louder following revelations of the extent of his lies as well as the multiple investigations into his business history opened by state and federal authorities.

Santos, however, says he will continue to serve in office.

A representative for Santos did not immediately respond to Insider’s request for comment.