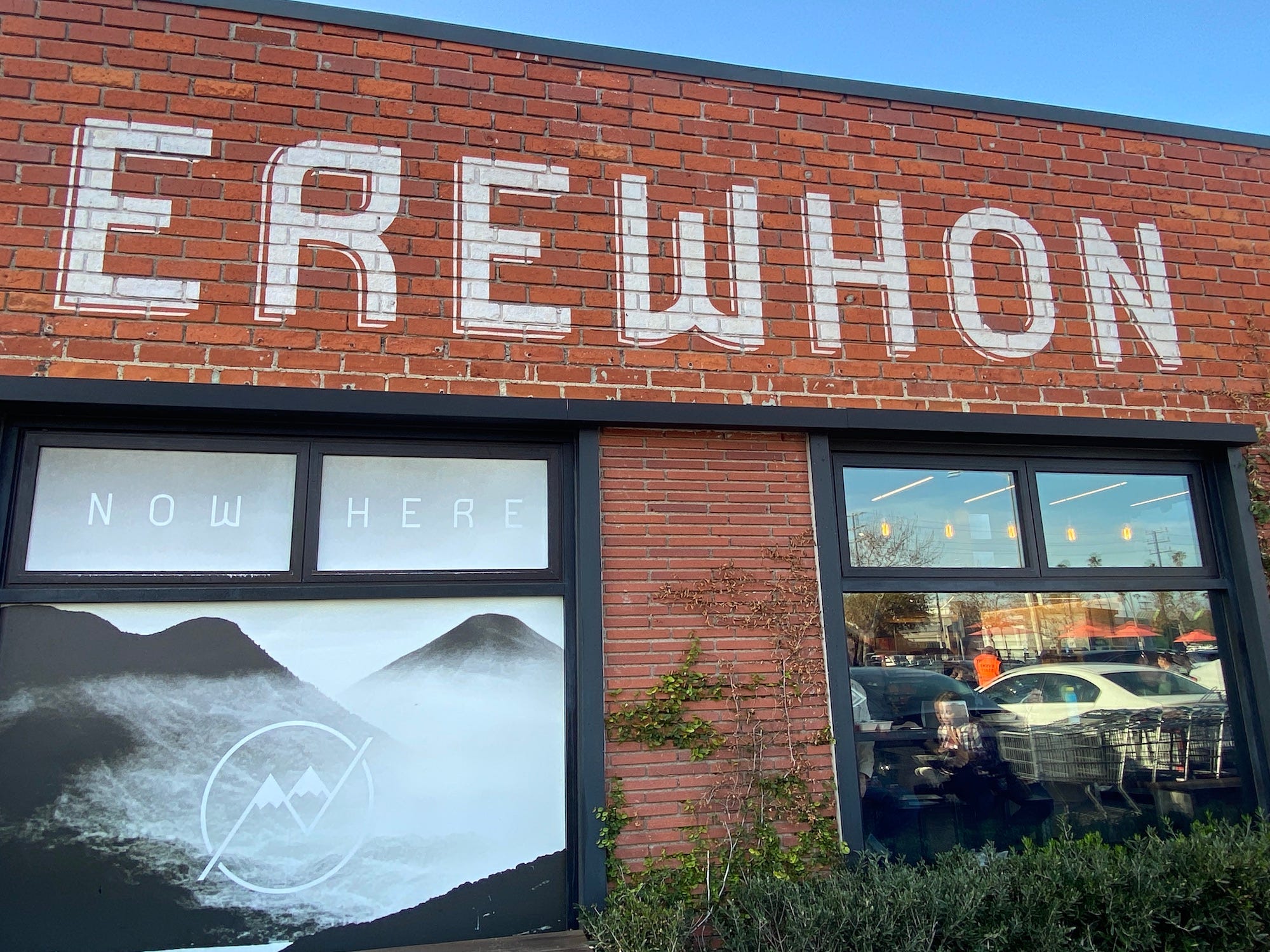 Erewhon caters to a high-end clientele.

Over the last half-decade, Erewhon has become one of Los Angeles’s hottest hangout spots and tourist attractions. Its ascendance may come as a surprise: it’s a grocery store, after all.

Erewhon is no ordinary grocery store, though. Instead, it’s a certified organic health-food store known for its unique offerings (camel milk and sea moss gel are examples) and its sky-high prices.

The grocery store chain, founded in 1966, has grown from just one location in Los Angeles to 8 stores in the last decade, with help from an investment by private equity company Stripes.

Over the years, it’s become a go-to spot for celebrities and influencers in Los Angeles: actor Jonah Hill has been photographed wearing a $300 “Erewhon” sweatshirt, while Hailey Bieber recently teamed up with the store to create her own $17 smoothie.

I visited Erewhon’s West Hollywood location to determine if there is an “Erewhon tax,” meaning shoppers pay more for the same goods they could get at another grocery store. See the difference in prices compared to Amazon-owned Whole Foods and Trader Joe’s:

My first impression of Erewhon was that it looked similar to a Whole Foods store, though slightly smaller. 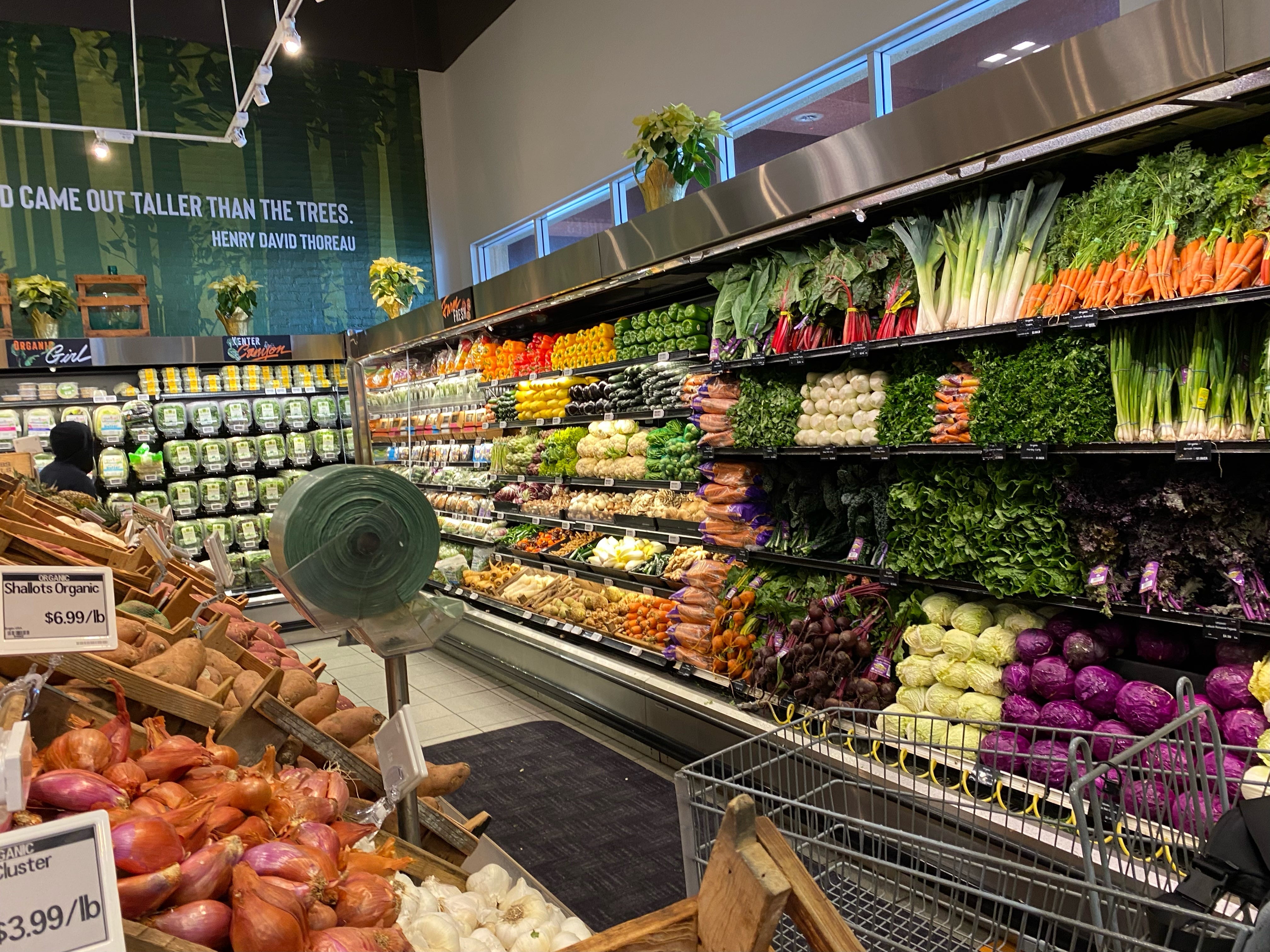 I tend to grocery shop at Trader Joe’s due to its comparatively low prices, though the store occasionally gets crowded, making the experience stressful. 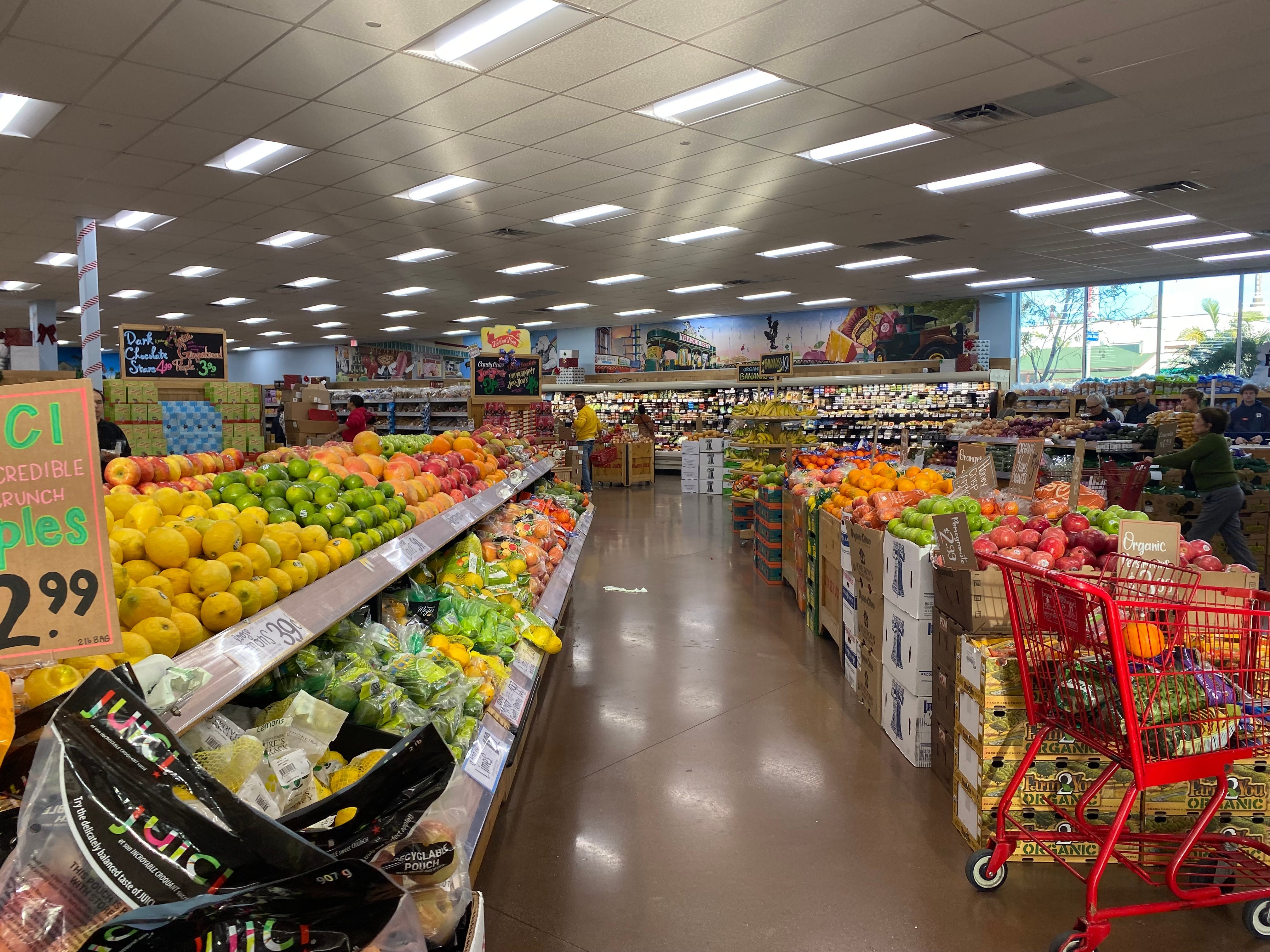 I have found Whole Foods to be an enjoyable shopping experience, though it has sometimes been nicknamed “Whole Paycheck” for its reputation as a higher-priced grocery store. 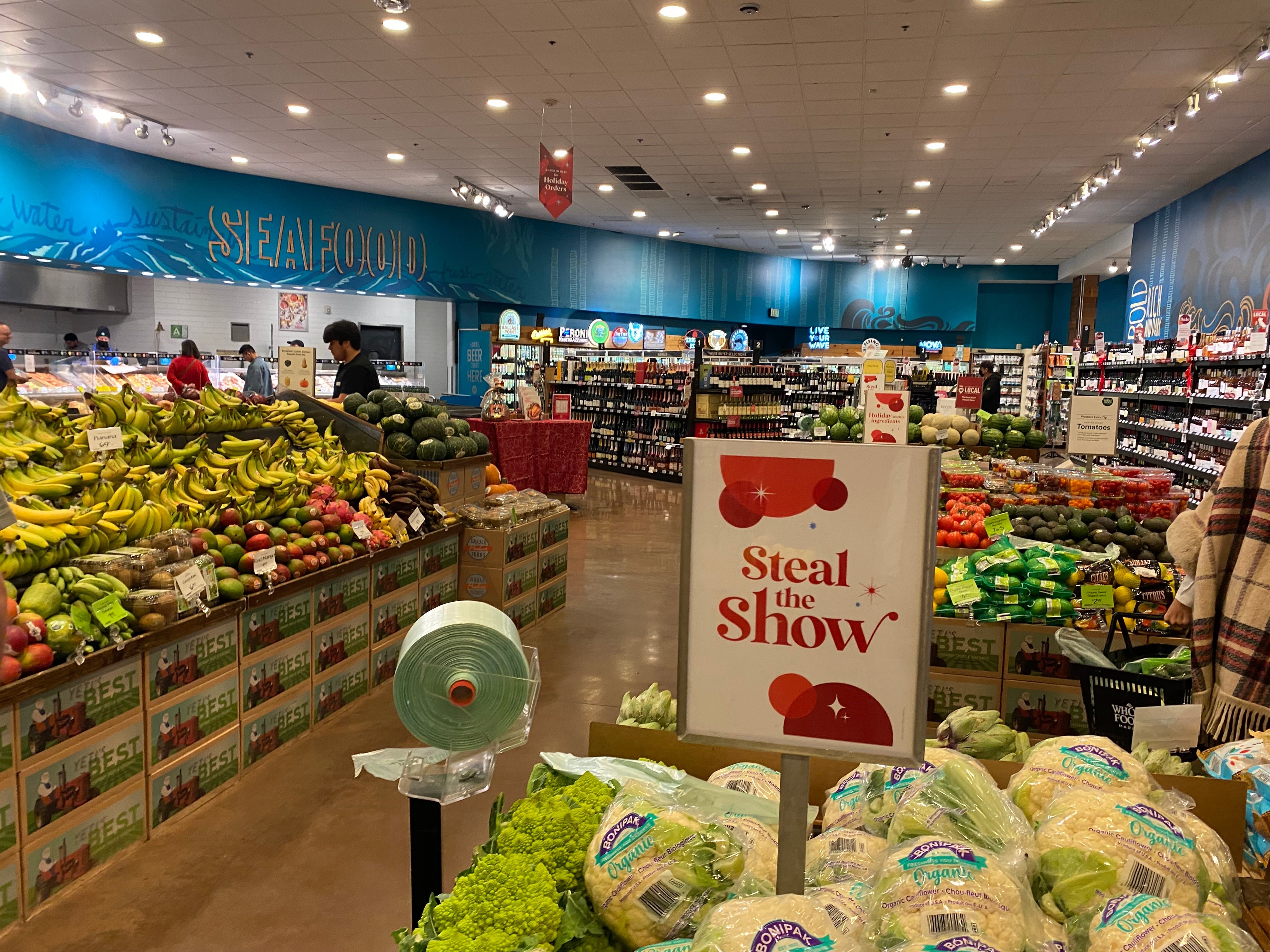 However, comparing grocery prices at Erewhon vs. Trader Joe’s and Whole Foods, I (perhaps, unsurprisingly) found the cost of goods at Erewhon to be consistently more expensive. Here are some comparisons: 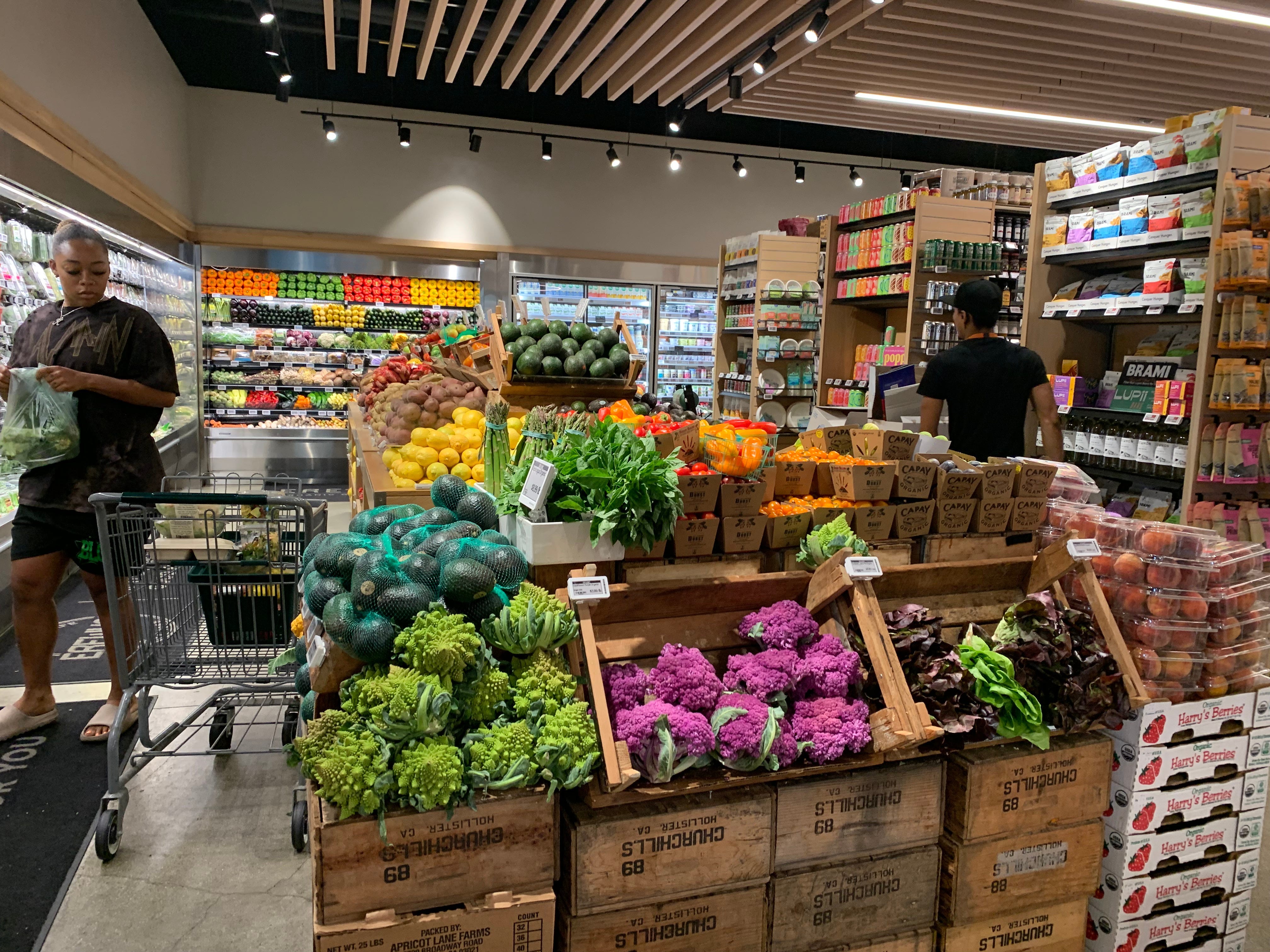 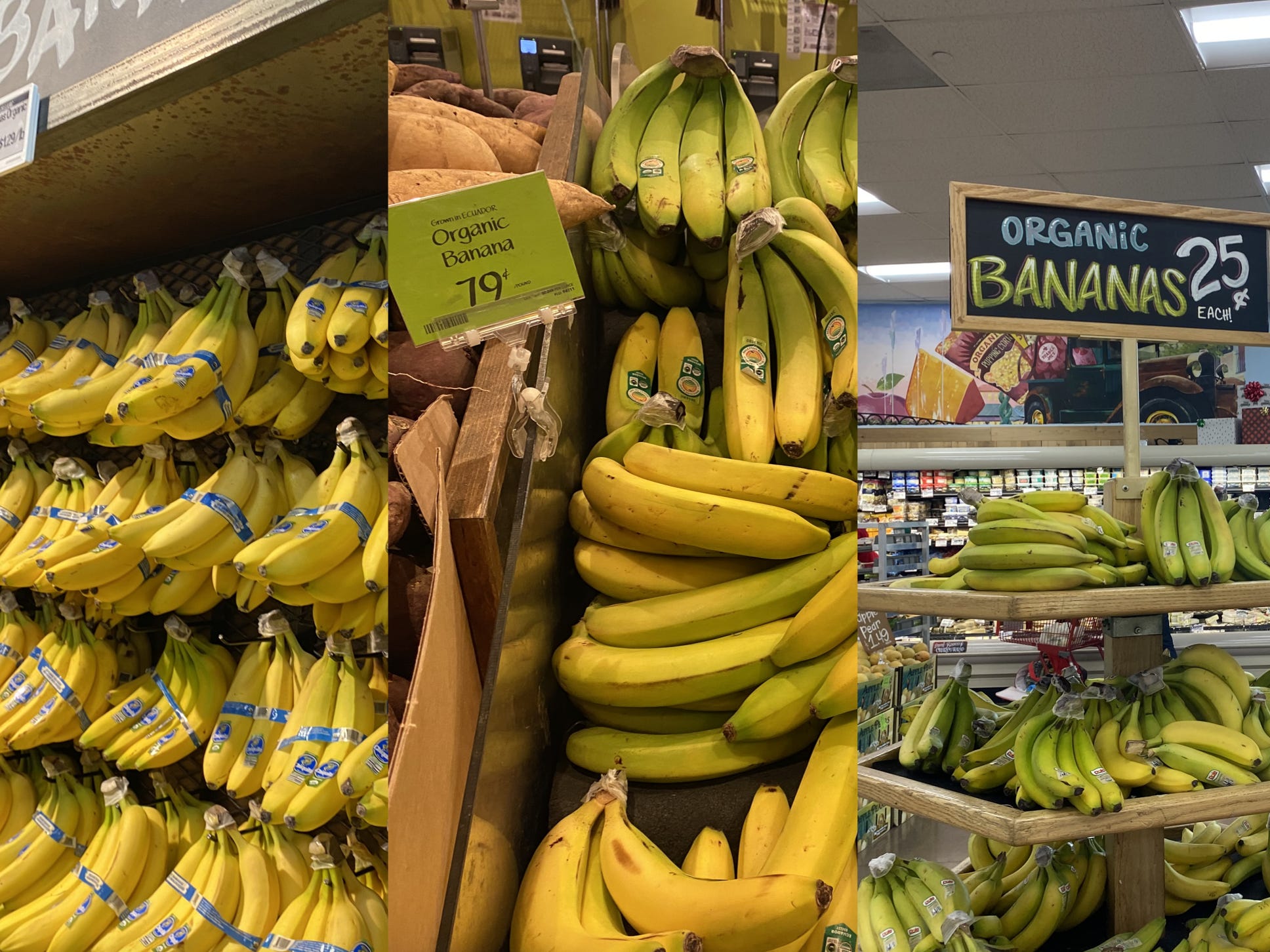 Bananas cost $1.29/pound at Erewhon, 79 cents per pound at Whole Foods, and 25 cents per individual banana at Trader Joe’s. 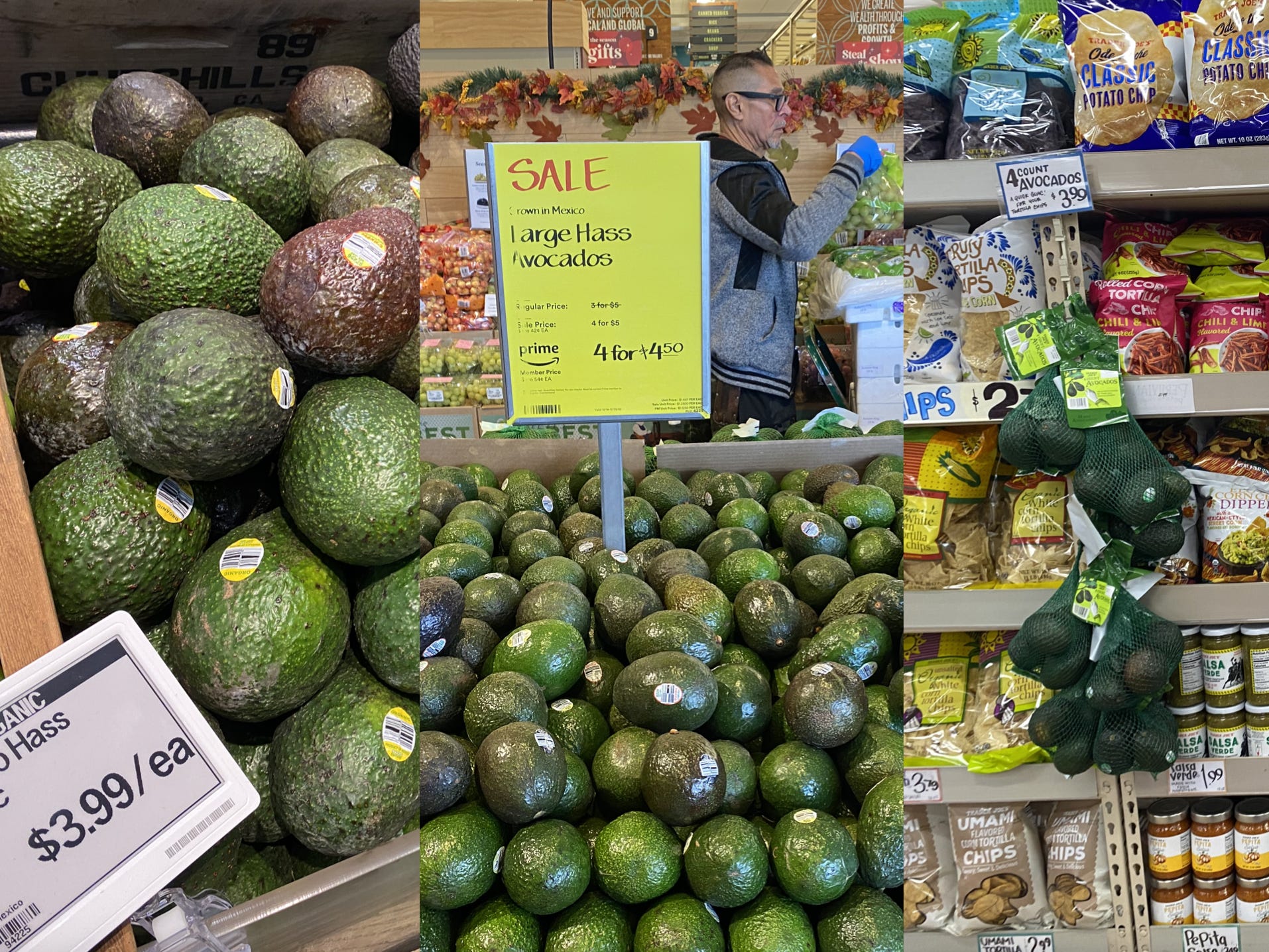 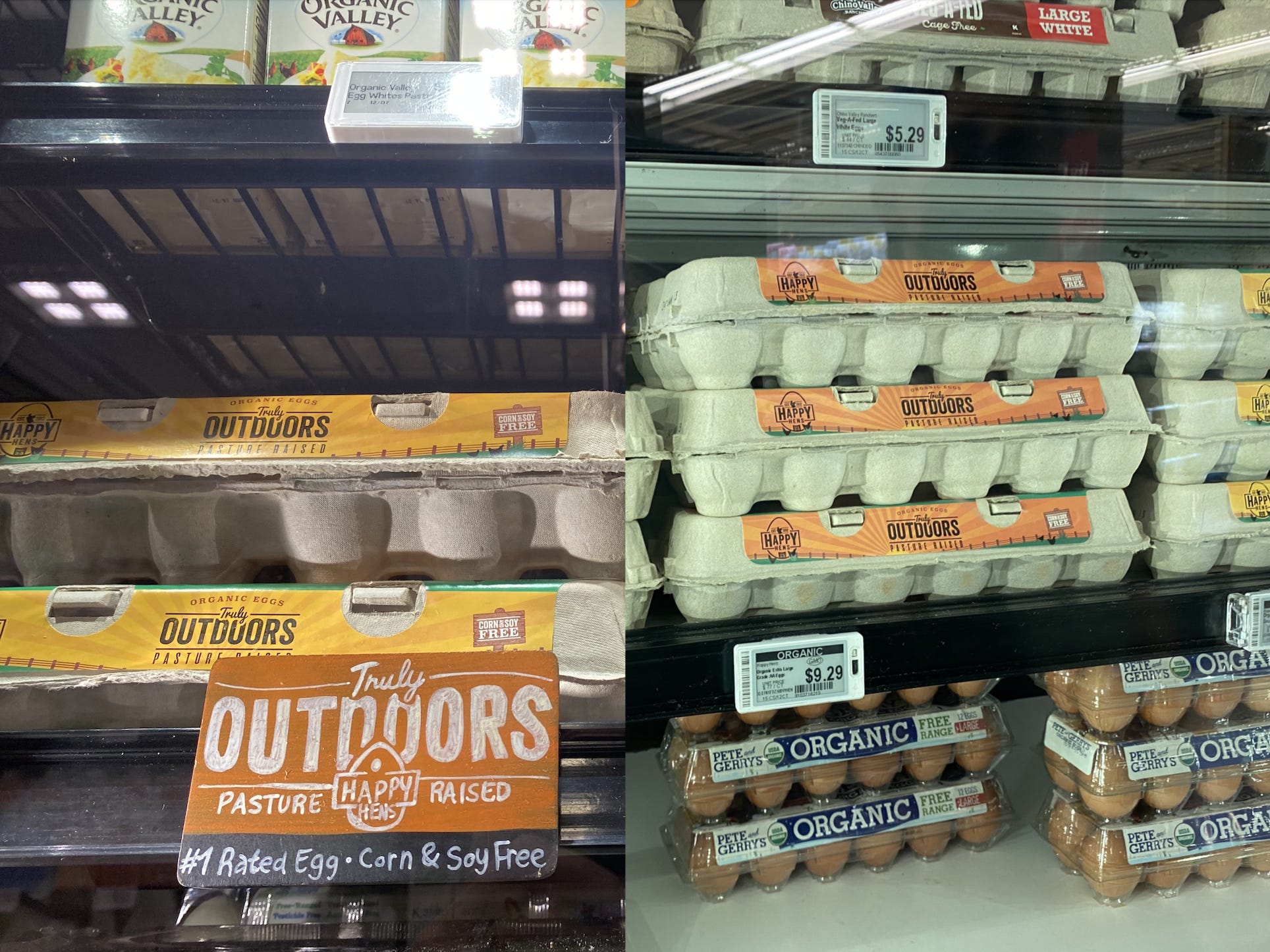 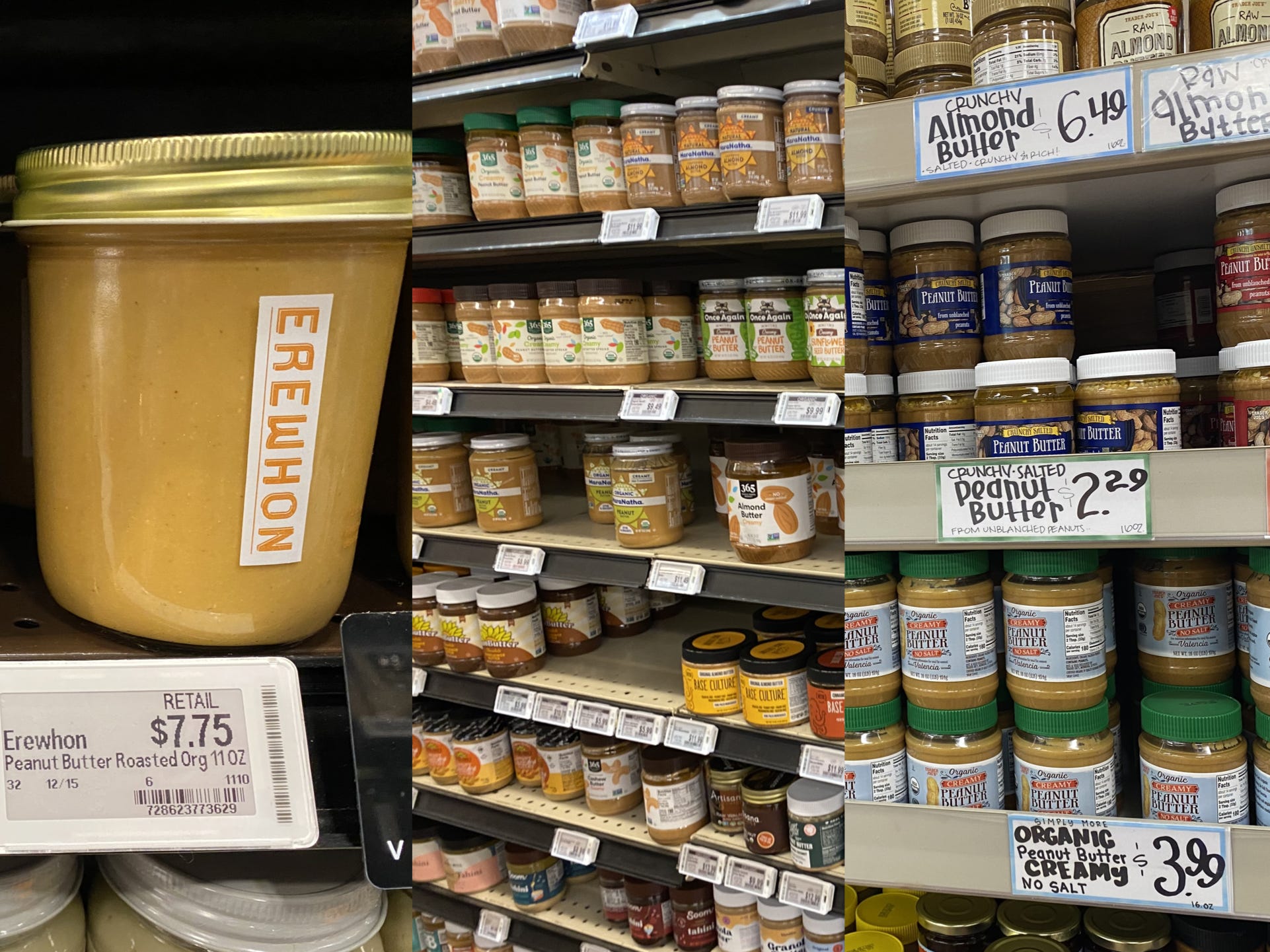 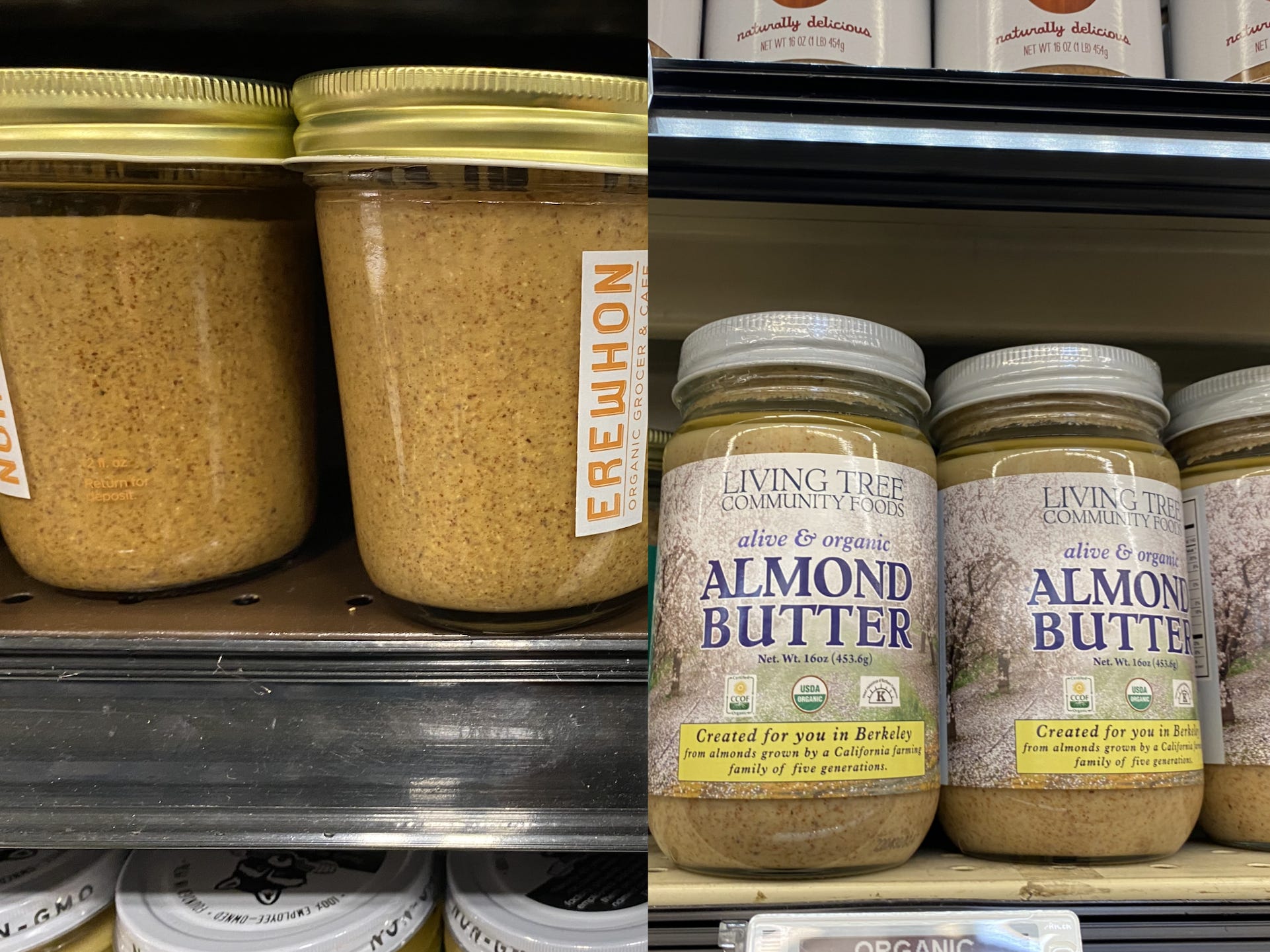 When it came to alternatives to peanut butter, Whole Foods was still more expensive. The priciest jar of almond butter I found was $18 at Erewhon and $24 at Whole Foods. 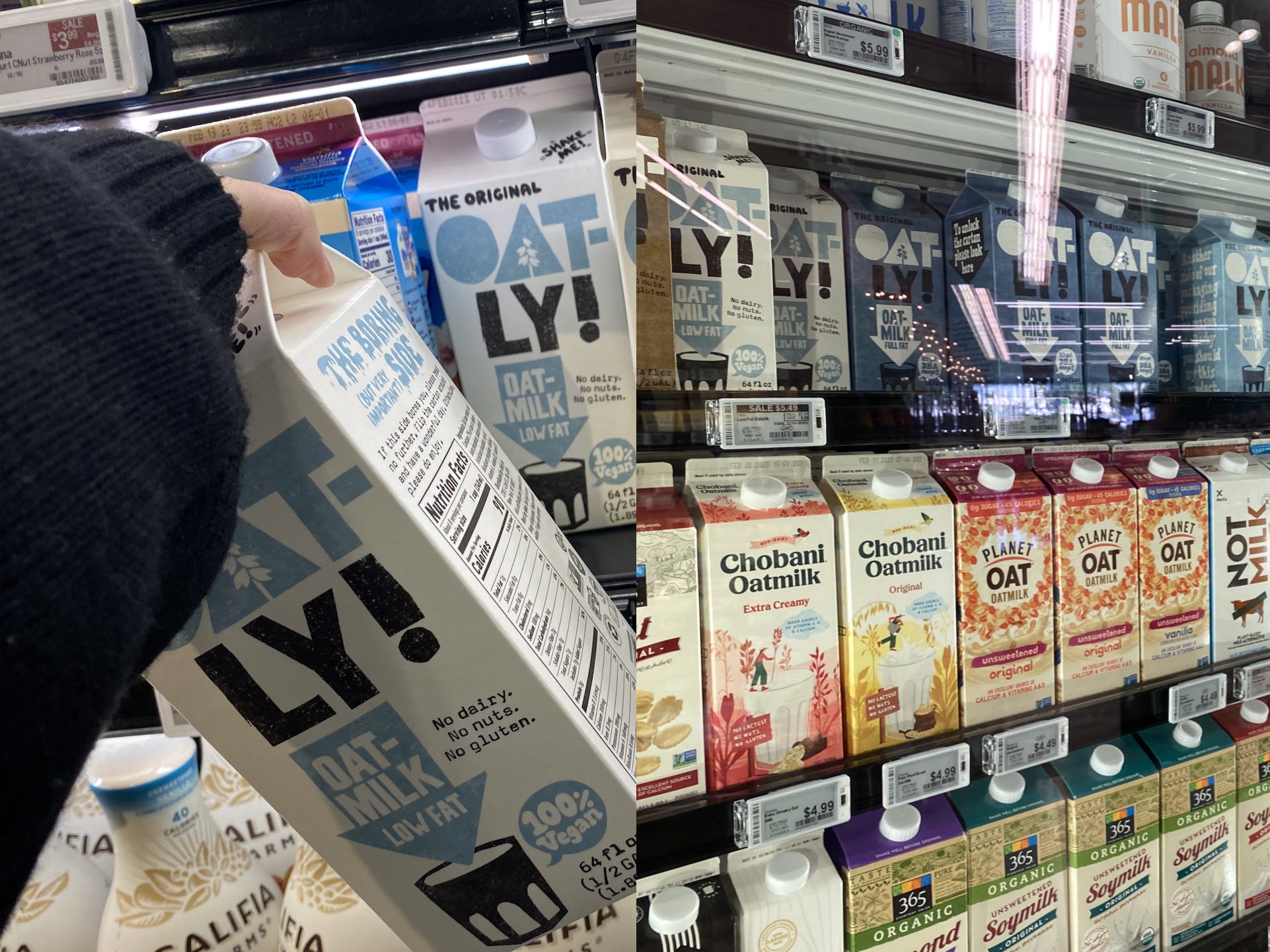 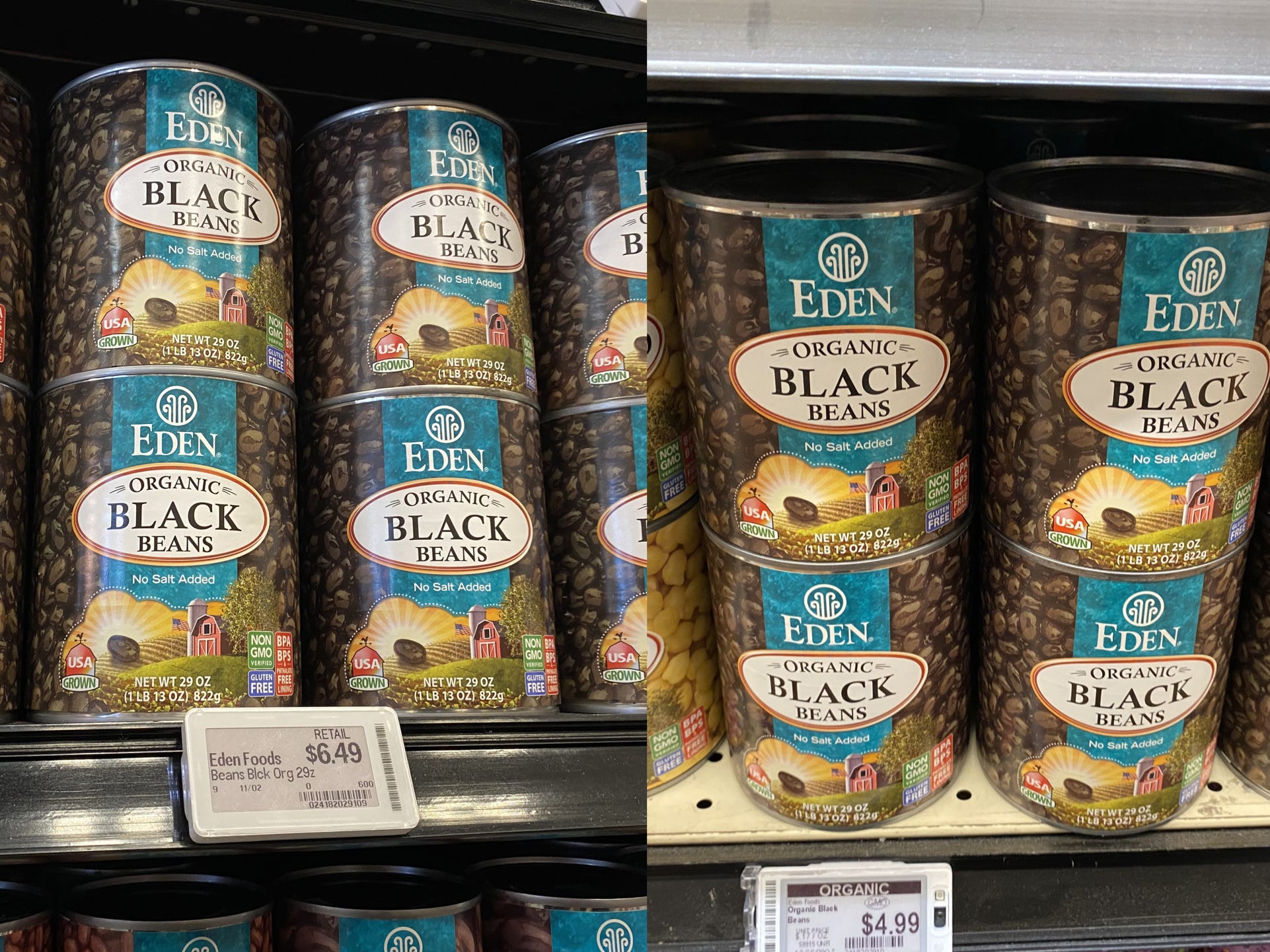 Can of beans from Erewhon (left), and Whole Foods (right).

A large can of Eden brand organic black beans was $6.49 at Erewhon, and only $4.99 at Whole Foods 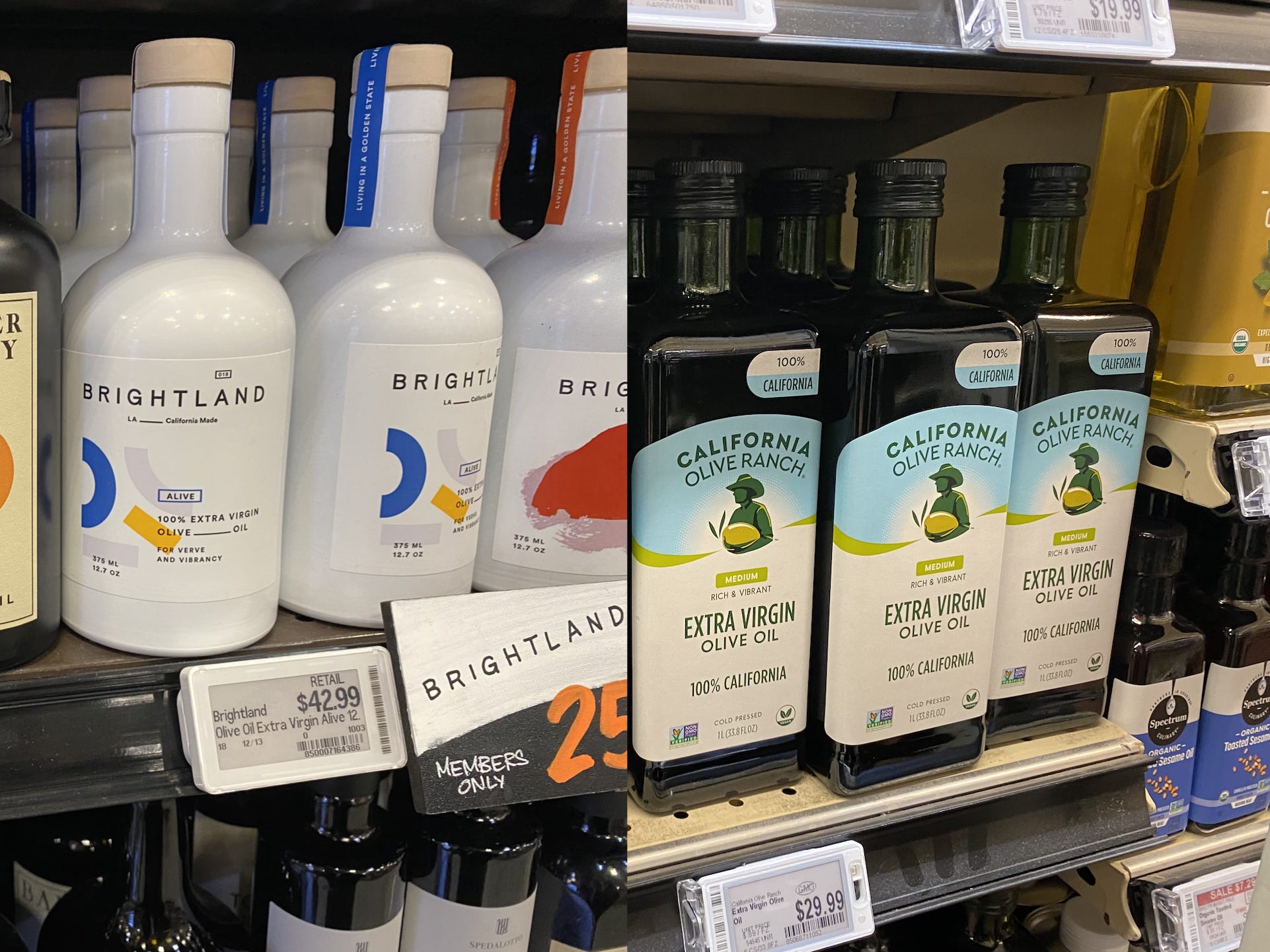 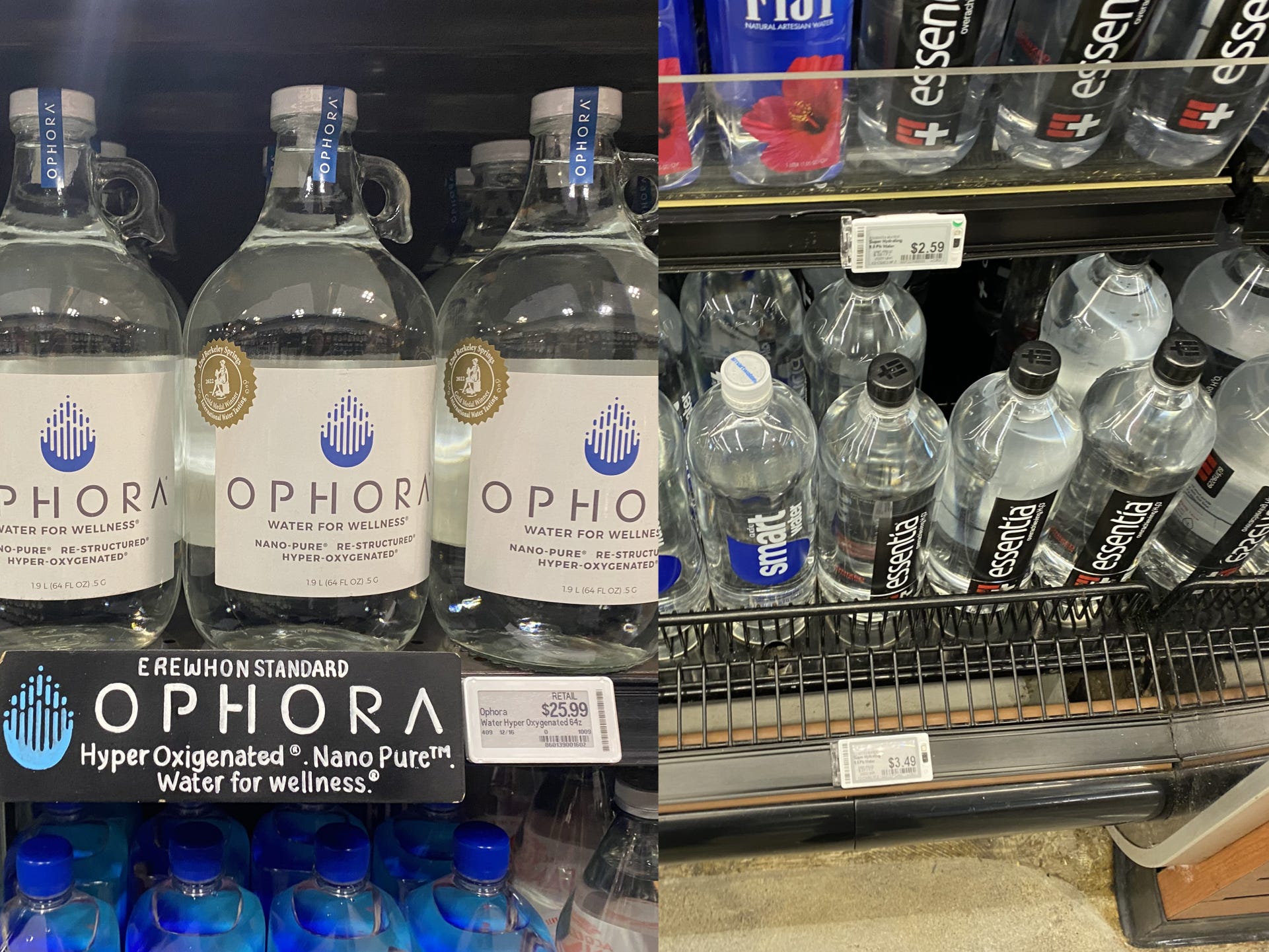 The most expensive water at Erewhon was $25.99. I wasn’t able to find a water bottle for more than $4 at Whole Foods, and Trader Joe’s natural spring water was a bit more than $1.