KYIV (Reuters) -Several senior Ukrainian officials resigned on Tuesday in the biggest leadership shakeup of the war with Russia so far, in what an aide to President Volodymyr Zelenskiy called an answer to public calls for “justice”. 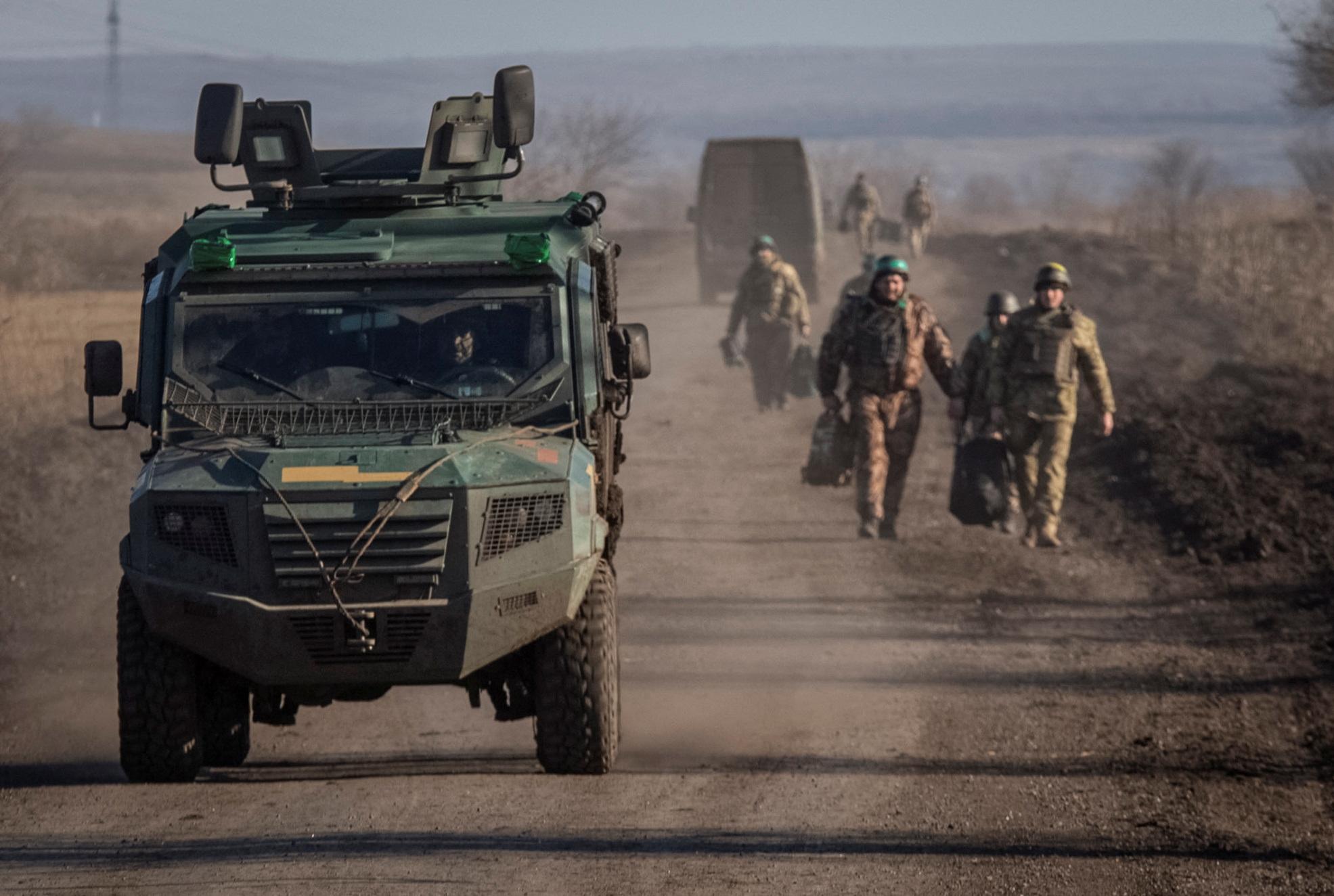 Ukrainian servicemen are seen near the frontline, amid Russia’s attack on Ukraine, near Soledar in Donetsk region, Ukraine January 23, 2023. REUTERS/Oleksandr Ratushniak

Some, though not all, of the resignations were linked with corruption allegations. Ukraine has a history of graft and shaky governance, and is under international pressure to show it can be a reliable steward of billions of dollars in Western aid.

“There are already personnel decisions – some today, some tomorrow – regarding officials at various levels in ministries and other central government structures, as well as in the regions and in law enforcement,” Zelenskiy said in an overnight video address.

Zelenskiy aide Mykhailo Podolyak tweeted: “The president sees and hears society. And he directly responds to a key public demand – justice for all.”

Among those stepping down or fired on Tuesday morning were a deputy prosecutor general, a deputy defence minister and the deputy chief of staff in Zelenskiy’s own office.

The changes came two days after a deputy infrastructure minister was arrested and accused of siphoning off $400,000 from contracts to buy generators, one of the first big corruption scandals to become public since the war began 11 months ago.

The Defence Ministry said Deputy Defence Minister Vyacheslav Shapovalov, responsible for supplying troops, had resigned on Tuesday morning as a “worthy deed” to retain trust, after media accusations of corruption which he and the ministry rejected. It followed a newspaper report that the ministry overpaid for food for troops, which the ministry and its supplier both denied.

Though Zelenskiy did not name any officials in his address, he announced a ban on officials taking holidays abroad.

“Ignoring the war is a luxury no one can afford,” he said. “If they want to rest, they will rest outside the civil service.”

Kyrylo Tymoshenko, deputy chief of staff in Zelenskiy’s office, announced his own resignation, also citing no reason. He had helped run the president’s 2019 election campaign and more recently had a role in overseeing regional policy.

The changes are a rare shakeup of an otherwise notably stable wartime leadership in Kyiv. Apart from purging a spy agency in July, Zelenskiy has mostly stuck with his team, built around fellow political novices the former television actor brought into power when he was elected in a landslide in 2019 promising to root out a corrupt political class.

Kyiv says a surge in patriotic feeling has dampened corruption since Russia’s invasion. But the head of Zelenskiy’s Servant of the People party promised on Monday that officials would be arrested in a coming anti-corruption drive, which would resort to martial law if necessary.

‘SPRING WILL BE DECISIVE’

Front lines in the war have been largely frozen in place for two months despite heavy losses on both sides.

Western countries pledged billions of dollars in military aid last week, but have yet to respond to Kyiv’s request for hundreds of heavy battle tanks, which it says it needs to break through Russian lines and recover occupied territory.

Most defence experts say the most suitable tanks available in sufficient numbers are German-made Leopards. But Berlin has so far held back from sending them, or from committing to let allies such as Poland send them.

Germany was not blocking the re-export of Leopard tanks to Ukraine, the European Union’s top diplomat said on Monday.

Ukraine and Russia are both widely believed to be planning spring offensives to break the deadlock in what has become a war of attrition in eastern and southern Ukraine.

“If the major Russian offensive planned for this time fails, it will be the ruin of Russia and Putin,” Vadym Skibitsky, deputy head of Ukraine’s military intelligence, said in an interview with news site Delfi.

Meanwhile, Russian forces pounded Donetsk in Ukraine’s east. Ukrainian forces repelled 11 attacks, 10 of them in the Donetsk region, including in the areas of the town of Bakhmut and the village of Klishchiivka to the south, Ukraine’s military said on Tuesday.

Last week, Russia said it had captured Klishchiivka. Russian forces have been pressing for months for control of Bakhmut but with limited success.

Reuters could not verify battlefield reports.

Russia invaded Ukraine in February last year and flattened cities, killing thousands of civilians. Kyiv repelled an initial assault on the capital, recaptured territory in the second half of 2022 and says it aims to drive all Russian troops out.

Moscow claimed last year to have annexed four partially occupied Ukrainian provinces, in addition to Crimea which it seized from Ukraine in 2014.

Moscow put the chief of its military general staff, Valery Gerasimov, in direct command of the war this month in at least the third shakeup of overall leadership since the invasion.

In his first interview since taking command of the battlefield, Gerasimov stuck to Moscow’s line that its “special military operation” is a form of defence against a threat from the West.

“Our country and its armed forces are today acting against the entire collective West,” he told the news website Argumenty i Fakty.