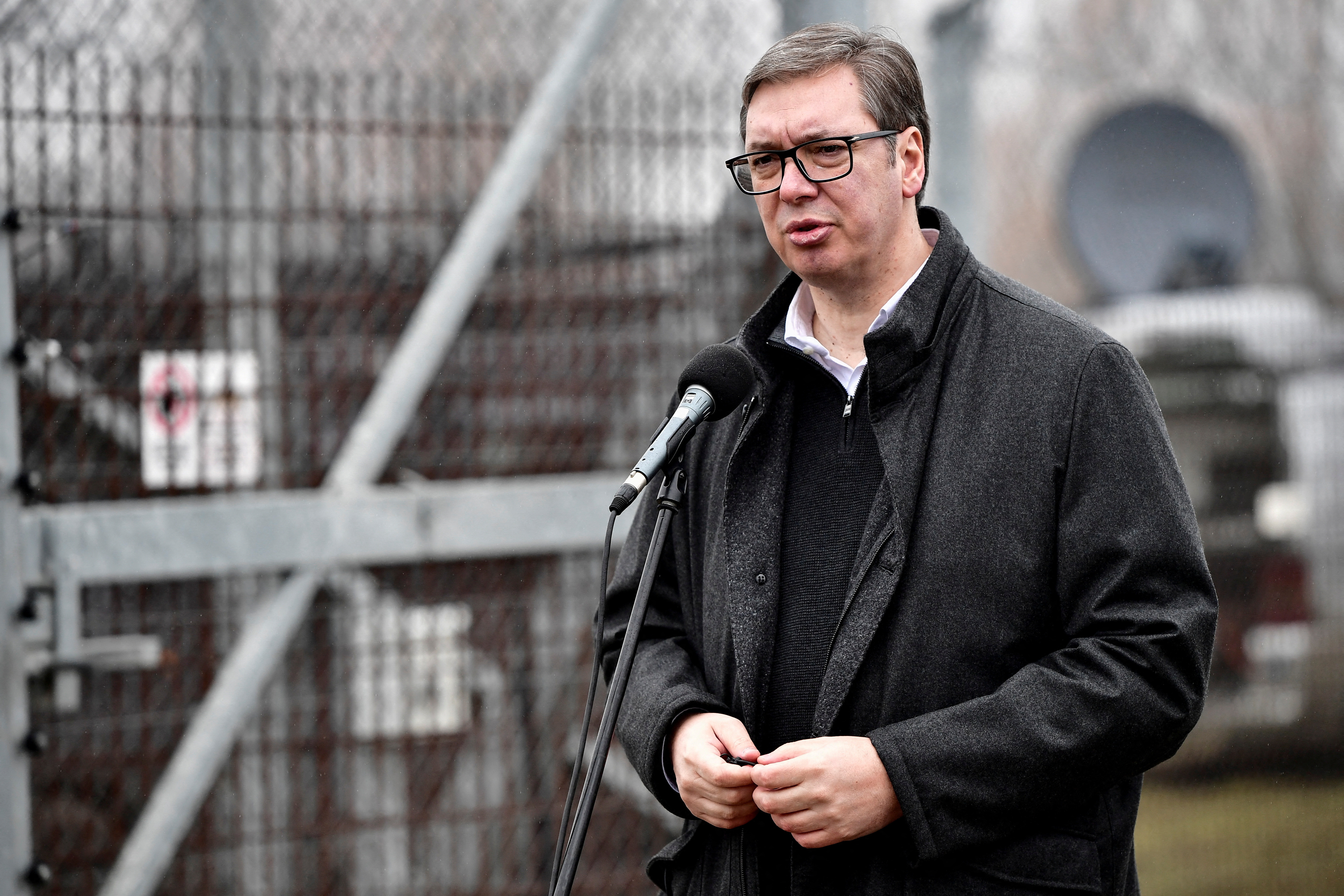 The Serbian government will ask the NATO peacekeeper commander to allow the country to send up to 1,000 police and army personnel to Kosovo, President Aleksandar Vucic said on Thursday.

It is the first time Belgrade has requested to deploy troops in Kosovo since a United Nations Security Council resolution ended the 1998 to 1999 war, during which NATO bombed rump-Yugoslavia comprising Serbia and Montenegro to protect Albanian-majority Kosovo.

“The government will ask for the return of hundreds and no more than 1,000 army and police troops,” Vucic said, adding that they will email the request this evening and physically hand it to KFOR, the NATO mission in Kosovo, at a border crossing on Friday.

“I do not expect to get a positive answer,” Vucic said.

The request comes during a spate of clashes between Kosovo authorities and Serbs in the northern region, where they constitute a majority.

The U. N. resolution states that Serbia may be allowed, if approved by KFOR, to station its personnel at border crossings, Orthodox Christian religious sites and areas with Serb majorities.

In 2008, Kosovo declared independence from Serbia with Western backing. Its independence is recognised by 110 countries but not by Serbia, Russia and five European Union member states.

“We are all witnessing Serbia’s constant threat to Kosovo,” Kosovo President Vjosa Osmani told the parliament on Thursday.

“Serbia and its leader Vucic know very well that the presence of the Serbian army in the territory of Kosovo ended once and for all on June 12, 1999.”

Serbia aims to join the EU, but to complete its membership process it must resolve issues with Kosovo. Kosovo filed an application for EU membership on Thursday.

Both parties have agreed to EU-sponsored dialogue in 2013 but little progress has been made.