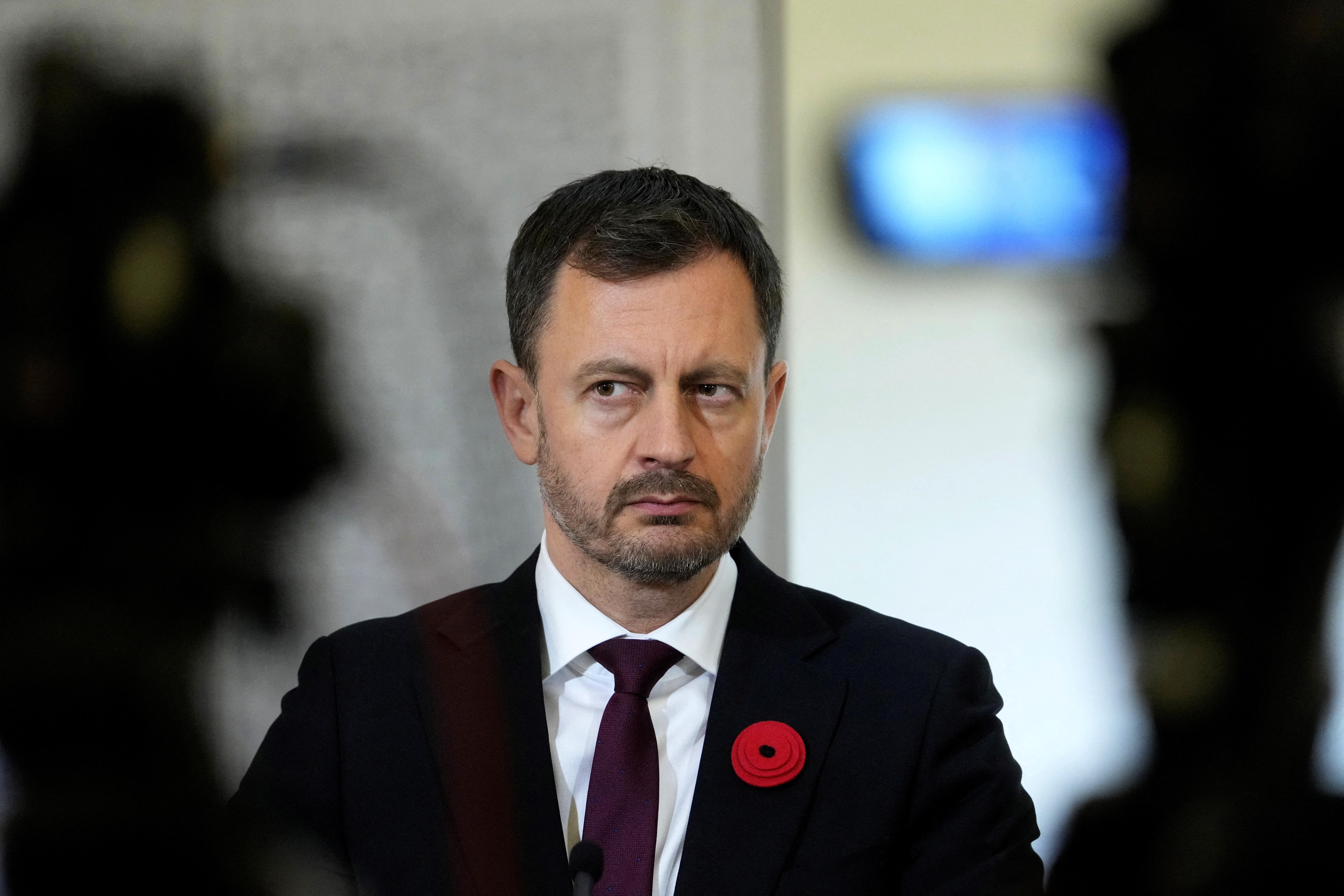 The no-confidence motion, passed by 78 lawmakers in the 150-seat parliament, will most likely not mean the immediate change of the government as Prime Minister Eduard Heger stays on in a caretaker capacity with limited powers while parliamentary parties and President Zuzana Caputova weigh a way forward.

Holding an election before the scheduled date in 2024, which needs wider support in parliament, could affect Slovakia’s support for neighbouring Ukraine, particularly if it brings to power the leftist opposition, which currently leads opinion polls and is critical of military aid to Kyiv.

NATO member Slovakia has been a strong supporter of Ukraine since Russia’s invasion, taking in refugees who have crossed their shared border and providing weapons and other aid to Kyiv.

President Caputova will dismiss the cabinet but ask it to stay on until she at some point appoints a new one.

She said this week she the country needed a stable, functioning government at this time.

Support for a snap poll next year was unclear on Thursday, with other options including forming a new government or Heger staying for an extended period.

The ruling coalition, with factions from liberal to Christian conservatives, took power in 2020 but lost its majority in September when the libertarian SaS party quit after its leader Richard Sulik repeatedly clashed with ruling OLANO party chief Igor Matovic.

Matovic, who led OLANO to power on pledges to fight corruption in the 5.5 million country, had previously given up premiership in an earlier row with Sulik, but his combative style and frequent policy turnarounds continued to rock relations in the government and parliament.

SaS joined a leftist opposition party in bringing the no-confidence vote, accusing the government of not helping people cope with the higher energy costs.

“For half a year we have witnessed constant chaos and an unacceptable style of governance. This government does not deserve our trust,” SaS’s Sulik said before the vote.

Matovic had earlier on Thursday offered to quit as finance minister, and even handed it to the presidential office before changing his mind, under an attempt to convince the SaS to withdraw its no-confidence motion. The SaS said Matovic’s departure was not enough to pull back.

Without budget approval, the central European country whose debt is below European Union averages and is part of the euro zone, will start 2023 in a provisional framework limiting state spending at a time when households and businesses are facing soaring bills for energy and groceries.

The hit to purchasing power has weighed on the economy, which grew 1.4% year-on-year in the third quarter.

Sulik told a televised briefing SaS wanted to back the creation of a new government and did not support calling early elections.

The poll-leading opposition party Hlas, though, called early elections the only option.