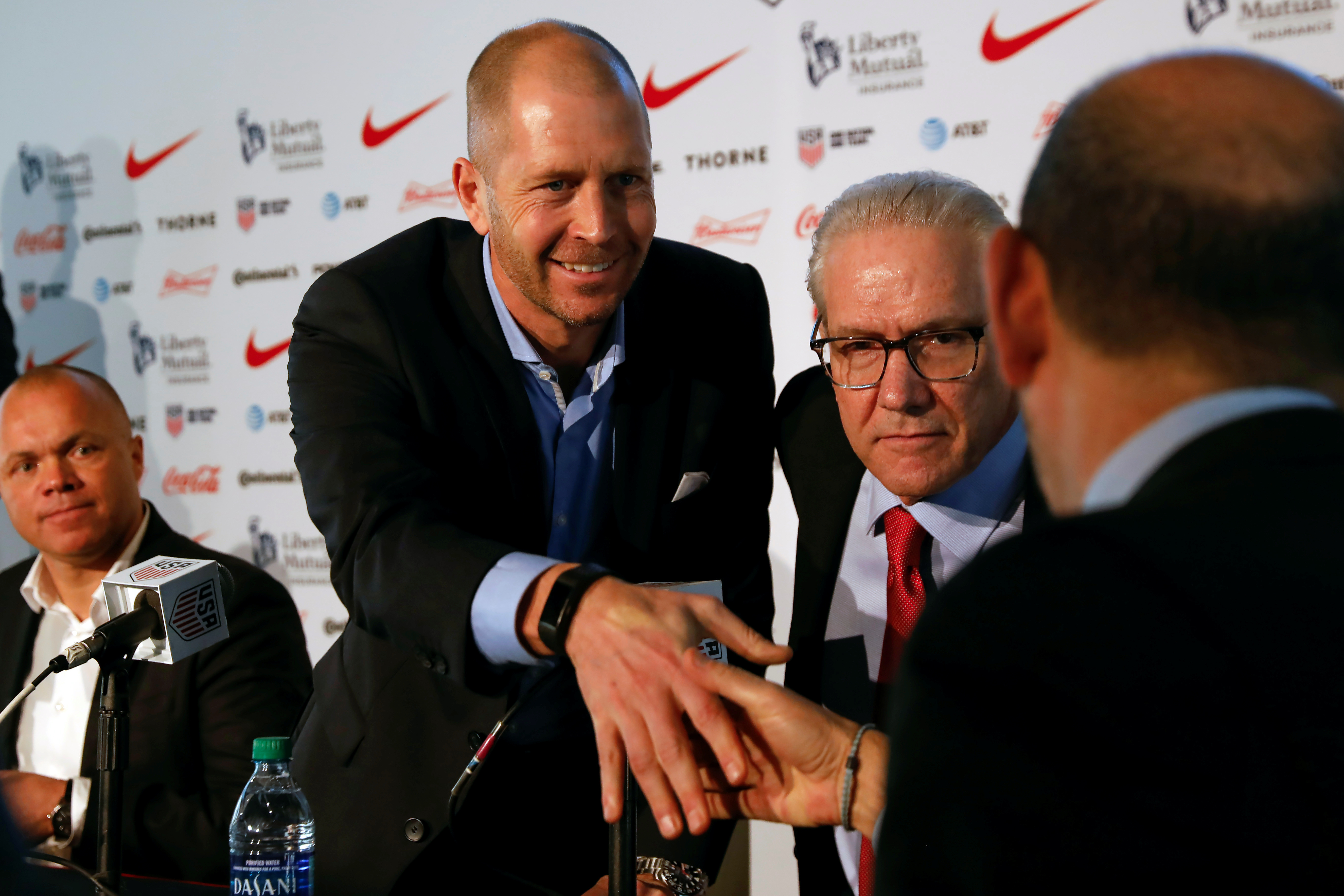 Danielle, who has known Gregg and Rosalind Berhalter for years, reportedly made the federation aware of the fight between the pair outside a bar 31 years ago after Berhalter criticized her son after the World Cup. read more

Berhalter told a conference after returning from Qatar that a player on the team was “clearly not meeting expectations on and off the field.” Gio Reyna, 20, later confirmed in an Instagram post that Berhalter was talking about him. read more

“I thought it was especially unfair that Gio, who had apologized for acting immaturely about his playing time, was still being dragged through the mud when Gregg had asked for and received forgiveness for doing something so much worse at the same age,” Danielle Reyna said in a statement, according to ESPN.

The reports come one day after U.S. Soccer revealed that it had hired an independent law firm to launch an investigation into the incident. read more

Berhalter and his wife on Tuesday put out a lengthy statement saying someone had alerted U.S. Soccer in an effort to “take me down.”

He acknowledged that he had kicked his then girlfriend Rosalind in the legs in what he called a “shameful” incident. Law enforcement was never involved.

Danielle is the wife of former national team captain Claudio, who is the sporting director for Austin FC. The couple have reportedly denied making threats against Berhalter.

Danielle, Claudio and Gio Reyna did not respond to requests for comment.

The developments come at a pivotal time for U.S. Soccer.

Berhalter’s contract expired on Dec. 31 and he was considered a frontrunner to retain the position.

But the federation on Wednesday announced that current assistant coach Anthony Hudson would lead the team during its January camp while a “technical review” of the men’s national team program was conducted.

Berhalter, who played for the men’s team in the 2002 World Cup, led the squad to this year’s tournament where they were knocked out by the Netherlands in the last 16.