“I want that uncomplicated, Rachel McAdams love,” Sabi Mehboob declares in the opening scene of the Canadian dramedy Sort Of’s second season. What they mean is that someone who seems as perfect as McAdams—talented, successful, beautiful in all the most conventional ways—must bring minimal baggage to every kind of relationship, be it a romance or a friendship or a familial bond. Regardless of whether their assumption about the actress is accurate (I’m going to go ahead and guess that her life is plenty complex), the question of whether Sabi and other characters should simplify themselves in order to satisfy the most important people in their lives reverberates throughout a season as big-hearted and introspective as its wonderful predecessor.

Now streaming on HBO Max, it’s a season about love in general but family in particular, and what it means to be part of one when you, like everyone, are no Rachel McAdams. Sabi (Sort Of co-creator Bilal Baig), a nonbinary 20-something searching for purpose, and, yes, love in Toronto, finally has to face their traditional, Pakistani Muslim father Imran (Dhirendra) after his return from a long stint abroad. The path of least resistance would be to appease Imran while he’s in town by forgoing feminine clothing and makeup in his presence; certainly, Sabi doesn’t always correct him when he misgenders them. But what they want is for their father to love the person they really are—which necessitates honest self-presentation and harder conversations. It also makes Imran’s visit tougher on Sabi’s newly independent mother Raffo (Ellora Patnaik) and sister Aqsa (Supinder Wraich), who resents Sabi for dominating their parents’ attention. 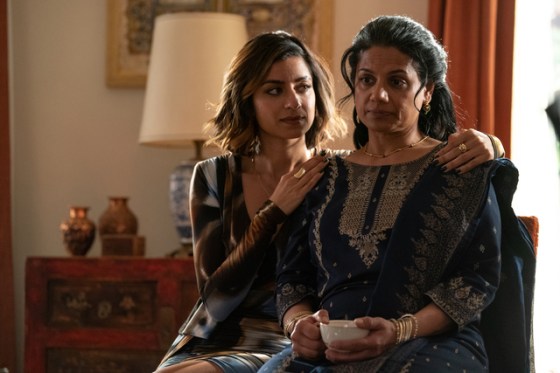 HBO MaxSupinder Wraich, left, and Ellora Patnaik in Sort Of

The Mehboobs have a mirror of sorts in the Kaneko-Bauers, an upper-middle-class family whose two mostly-grown-up children Sabi nannies. Comatose following a bike accident for most of the show’s first season, matriarch Bessy (Grace Lynn Kung) is now awake and slowly recovering with Sabi’s help. But her ordeal has exposed secrets and rifts within her marriage to Paul (Gray Powell), which is further endangered when Bessy, who is queer and Asian, emerges from her near-death experience resolved to liberate herself from this straight, white man. As the kids struggle to make sense of what’s happening to their parents, Sabi becomes crucial to keeping the Kaneko-Bauers from falling apart. And like Imran, Paul discovers what it feels like to be an outsider in your own family—an experience with which Sabi is already intimately familiar.

Meanwhile, the search for romance doubles as a search for chosen family. As Sabi’s love interests proliferate, the limitations of their fling with Olympia (Cassandra James), a glamorous trans woman they clearly idolize, grow increasingly apparent. Olympia is great when she deigns to drop by, but she won’t let Sabi become part of her life. And so a more organic, McAdams-like option presents itself. The connection between family and romance is more explicit for Sabi’s brash best friend 7ven (Amanda Cordner), who dives into a relationship with a frivolous, narcissistic influencer named Arrow (Heath V. Salazar). What 7ven sees in this person is utterly incomprehensible, until we meet 7ven’s frivolous, narcissistic mom Gaia (Amanda Brugel). 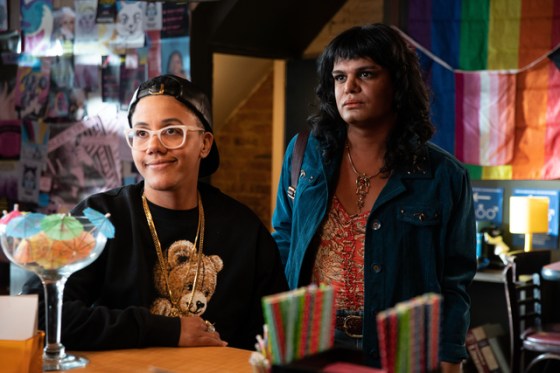 HBO MaxAmanda Cordner and Bilal Baig in Sort Of

New episodes of Sort Of, with its empathetic eye and sensitive soul, would be a gift at any time of year. (The fact that each full season runs about as long as one Marvel movie doesn’t hurt, either.) But it feels serendipitous that this batch arrives, with two new episodes rolling out every Thursday beginning Dec. 1, at this moment between Thanksgiving and Christmas, when family is top of mind. Because what gets lost amid the bland, tinsel-strewn seasonal fluff dispensed by Hallmark Channel and its copycats is the singular nature of each family that gathers around the tree, the menorah, or whatever object best symbolizes the love that binds together imperfect people with unused vacation days to burn before the end of the year.

“All I want is just someone who gets me,” Sabi laments at one point. “Someone who gets me the way I want to be got.” It’s about as close to universal as sentiments about interpersonal relationships get. You don’t have to be Sabi (or Imran, or Paul, or 7ven) to baffle the parents who raised you, to feel like a stranger among people you’ve known for your entire life, to struggle with tension between who you are and who you’re expected to be, or to wish that falling in love could be simpler. Not even Rachel McAdams is immune to being misunderstood. As difficult as it can be to make other people genuinely see us, Sort Of affirms, we all deserve to be recognized and loved for the messy, complicated people we are.

Seventy-three years ago today, Wisconsin Senator Joseph McCarthy delivered a watershed speech in his young political career in Wheeling, West Virginia. He told the Republican Women’s Club that he knew of more than 200 known Communists who had infiltrated the U.S. government. “Today we are engaged in a final, all-out battle between communistic atheism and Christianity. The modern champions of communism have selected this as the time. And, ladies and gentlemen, the chips are down—they are truly down,” the Republican demagogue warned his audience. In this episode, historian and McCarthy biographer Rick Fried discusses his new book, “A Genius for Confusion,” which illuminates the destructive power of lying in an atmosphere of heightened national angst and anti-communist paranoia. In our age of disinformation, McCarthyism has enduring relevance.

Home » Audio Sources - Full Text Articles » Sort Of Isn’t a Holiday Show, But It’s the Perfect Show to Watch During the Holidays
a