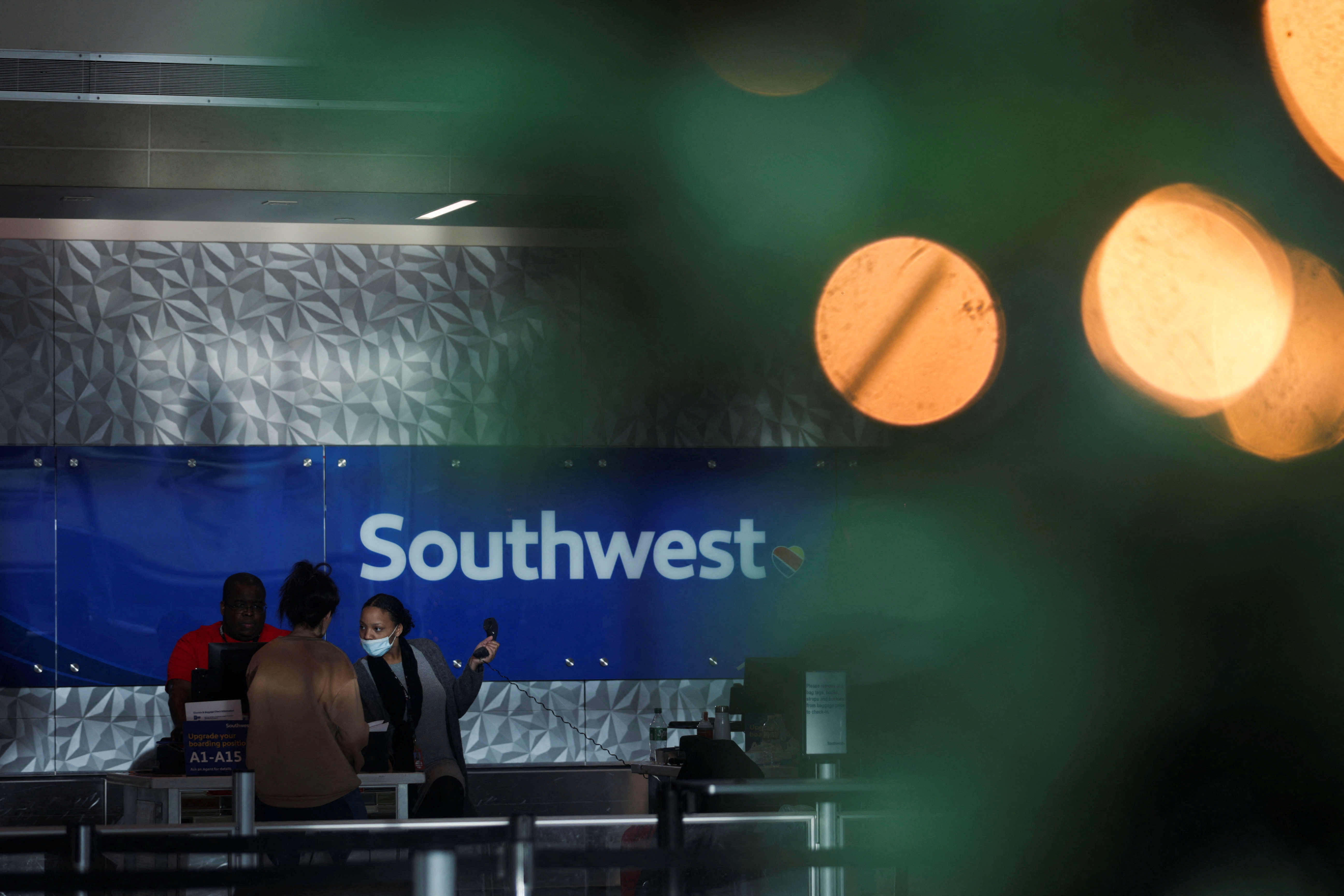 Southwest customers visit the help desk after U.S. airlines, led by Southwest, canceled thousands of flights due to a massive winter storm which swept over much of the country before and during the Christmas holiday weekend, at Dallas Love Field Airport in Dallas, Texas, U.S., December 28, 2022. REUTERS/Shelby Tauber

Southwest Airlines Co (LUV.N) on Friday revised its fourth-quarter forecast to net loss from “strong profit” after a tech meltdown forced it to cancel thousands of flights around Christmas and New Year’s Eve.

Shares of the carrier fell more than 2% in premarket trade after it estimated a pre-tax impact of $725 million to $825 million from the mass cancellations that have also invited government scrutiny.

The largest U.S. domestic carrier, which typically has an aggressive schedule that connects vast swathes of the country, relies on a point-to-point service instead of operating out of large hubs.

That model led the carrier to cancel more than 16,700 flights from Dec. 21 through Dec. 31, the most across airlines, after its software that matches crew with planes collapsed under the weight of rescheduling requests as staff were stranded across the country due to a massive storm.

Southwest said on Friday that cancellations were likely to have cut its capacity by about 6% in the fourth quarter vs 2019, roughly 4 points lower than its previous forecast.

Revenue loss from the disruptions is expected to be between $400 million and $425 million, Southwest said.

The impact from refunds Southwest has processed for customers who faced disruptions has been included in the net loss forecast, the airline added.

“It may take time for Southwest to repair its brand perception with investors,” Bernstein analyst David Vernon said in a note earlier this week.