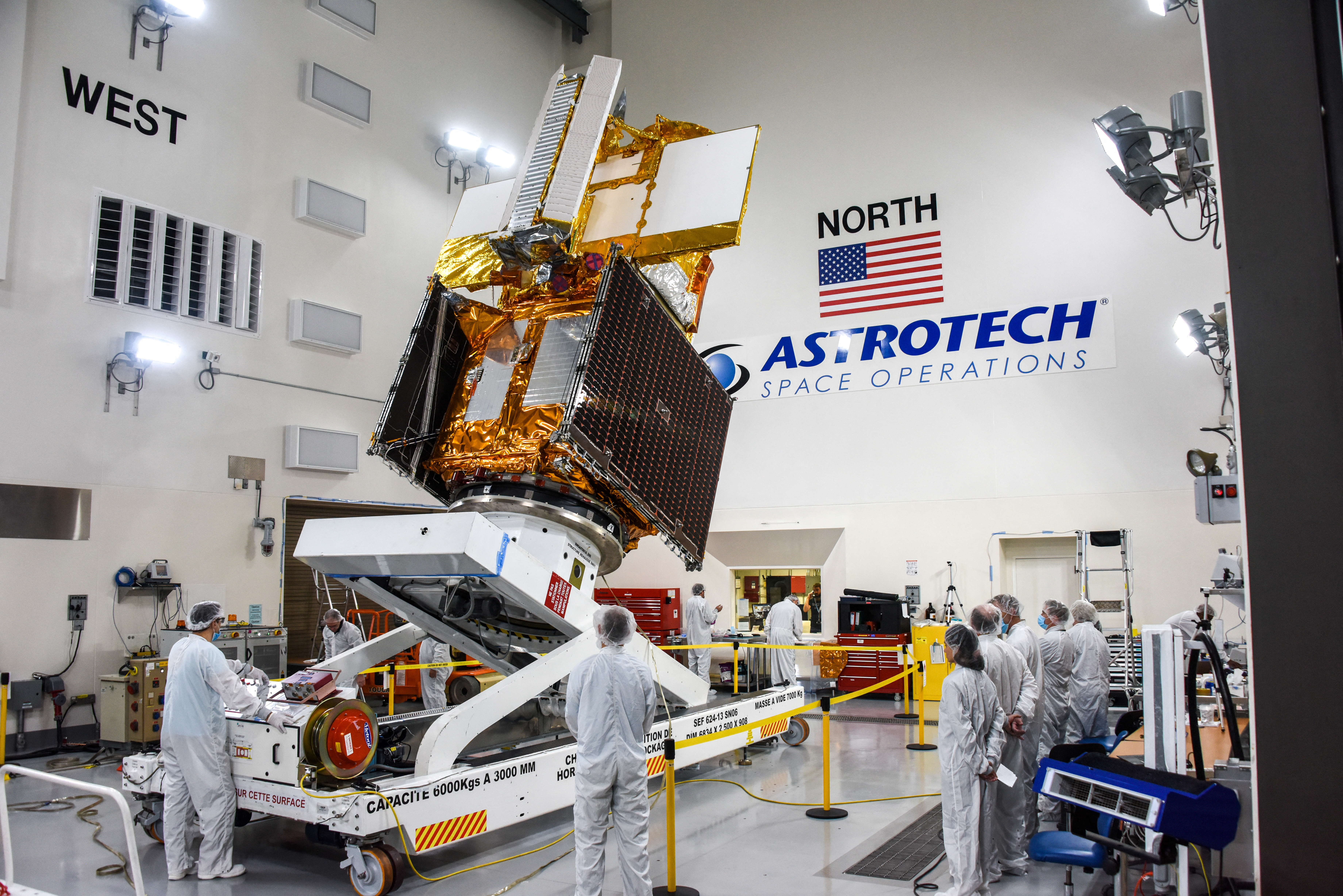 The Surface Water and Ocean Topography (SWOT) radar satellite spacecraft is moved into a transport container inside the Astrotech facility at Vandenberg Space Force Base in California, U.S. November 18, 2022. USSF/Chris Okula/Handout via REUTERS.

A SpaceX rocket was due for launch from California early on Friday carrying a U.S.-French satellite designed to conduct the first global survey of Earth’s surface waters, shedding new light on the mechanics and consequences of climate change.

Weather forecasts on Thursday predicted favorable conditions for liftoff, which a NASA launch services team is managing. The countdown was postponed from Thursday for 24 hours after inspectors detected moisture in two of the rocket’s nine main engines, but the issue was resolved following further analysis, NASA said.

The rocket’s payload, the Surface Water and Ocean Topography satellite, or SWOT, incorporates advanced microwave radar technology to collect high-definition measurements of oceans, lakes, reservoirs and rivers over 90% of the globe.

The data, compiled from radar sweeps of the planet at least twice every 21 days, will be used to enhance ocean-circulation models, bolster weather and climate forecasts and aid in managing scarce freshwater supplies in drought-stricken regions, researchers say.

Components of the SUV-sized satellite were built primarily by NASA’s Jet Propulsion Laboratory (JPL) near Los Angeles and the French space agency CNES.

Nearly 20 years in development by the U.S. space agency with contributions from its counterparts in Canada and Britain, SWOT was one of 15 missions listed by the National Research Council as projects NASA should undertake in the coming decade.

One major thrust of the mission is to explore how oceans absorb atmospheric heat and carbon dioxide in a process that naturally regulates global temperatures and has helped to minimize climate change.

Oceans are estimated to have absorbed more than 90% of the excess heat trapped in Earth’s atmosphere by human-caused greenhouse gas emissions.

Scanning the seas from orbit, SWOT will be able to precisely measure fine differences in surface elevations around the smaller currents and eddies where much of the oceans’ drawdown of heat and carbon is believed to occur, according to scientists.

Understanding the mechanism by which that happens will help answer a pivotal question: What is the tipping point at which oceans start releasing, rather than absorbing, large amounts of heat back to the atmosphere, thus intensifying global warming?

More precise data along tidal zones would help predict how far storm-surge flooding may penetrate inland, and the extent of saltwater intrusion into estuaries, wetlands and aquifers.

Freshwater bodies are another key focus of SWOT, equipped to observe the entire length of nearly all rivers wider than 330 feet (100 meters), as well as more than 1 million lakes and reservoirs larger than a few New York City blocks.

SWOT’s main radar instrument operates at the so-called Ka-band frequency of the microwave spectrum, allowing its scans to penetrate cloud cover and darkness over wide swaths of Earth’s surface. This enables scientists to accurately map observations in two dimensions regardless of weather or time of day, and to cover large geographic areas more quickly than before.

Previous studies of water bodies relied on data taken at specific points, such as from river or ocean gauges, or from satellites that could only track measurements along a one-dimensional line, requiring scientists to fill in the data gaps through extrapolation.

If all goes as planned, the SWOT satellite will begin producing research data within several months.