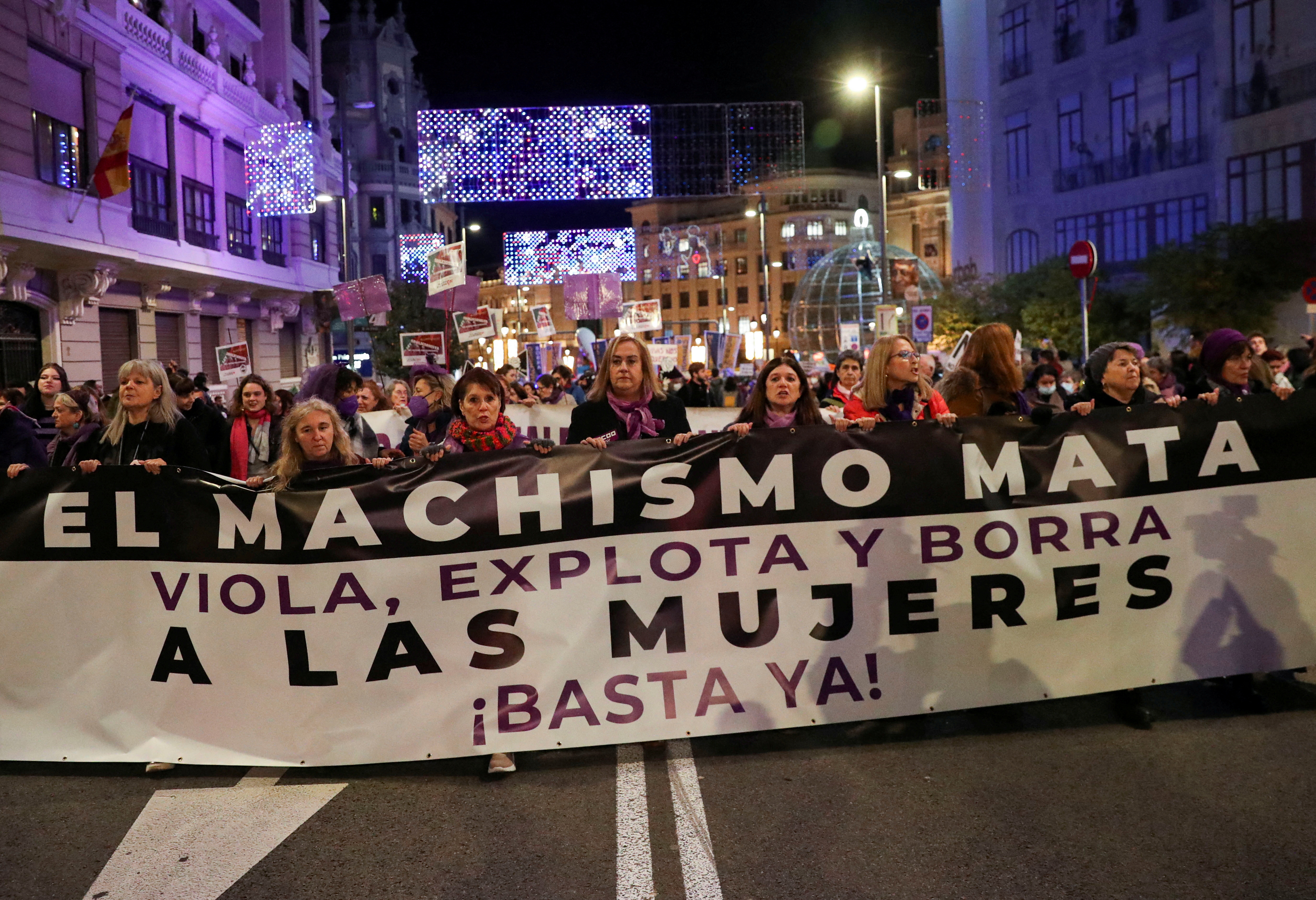 Demonstrators take part in a protest to mark the International Day for the Elimination of Violence against Women in Madrid, Spain, November 25, 2022. REUTERS/Violeta Santos Moura/File Photo

The Spanish government promised on Thursday increased police protection for victims of domestic violence after at least nine women in Spain were killed by their current or former partners in December, making it the deadliest month of this year.

“The time has come to say ‘enough’,” Interior Minister Fernando Grande-Marlaska told reporters following a meeting with top security officials. “I want to express the profound feeling of frustration each gender-based murder provokes in us.”

The minister said four additional deaths in the past 24 hours were pending confirmation that they were the result of gender-based violence. If confirmed, the total number of femicides in 2022 so far would rise to 50, surpassing last year’s 48 murders.

The deadliest year on the record using the modern definition of gender violence was 2008 with 76 deaths. As of Tuesday, there had been 1,179 victims of femicide in Spain since 2003, according to equality ministry data.

The latest cases being investigated include Wednesday’s fatal stabbing of a 30-year-old pregnant woman by her ex-partner near the central city of Toledo. Medics performed an emergency caesarean section at the scene but were unable to prevent the deaths of both mother and baby.

The interior ministry has sent out memos instructing all police departments to ramp up vigilance and protection efforts, Grande-Marlaska added while urging citizens to report any hint of gender-based violence they witness.

At least 31,161 women are registered in the comprehensive monitoring system for gender-based violence, of which 723 are considered to be at extreme or high risk and receive reinforced protection.

“Putting an end to gender-based violence involves all of us. It is essential to act together, as a society, to stop this scourge,” Prime Minister Pedro Sanchez said on Twitter.