The iPhone lacks a split screen feature comparable to the iPad’s.

For many people, being able to split your screen is the very foundation of productivity, and the ability to display different apps on either side of the screen has been available on the desktop for decades.

The iPhone doesn’t have a proper split-screen feature

While you can properly split the screen on an iPad and even some Android phones, a traditional, full-featured split screen isn’t an option for the iPhone.

All is not lost, though; you still have some options that give you some multi-window flexibility.

How to use Picture-in-Picture mode on an iPhone

The iPhone might not allow you to split the screen between any two random apps, but you can display a floating video window over another app with Picture-in-Picture mode, so you can continue watching a YouTube video, for example, while reading a webpage in Safari or while working in Google Docs. The only requirement is that your iPhone needs to be running iOS 14 or later.

To get started, make sure that the Picture-in-Picture mode is enabled. Start the Settings app, tap General, and then tap Picture in Picture. Make sure Start PiP Automatically is enabled by swiping the button to the right. 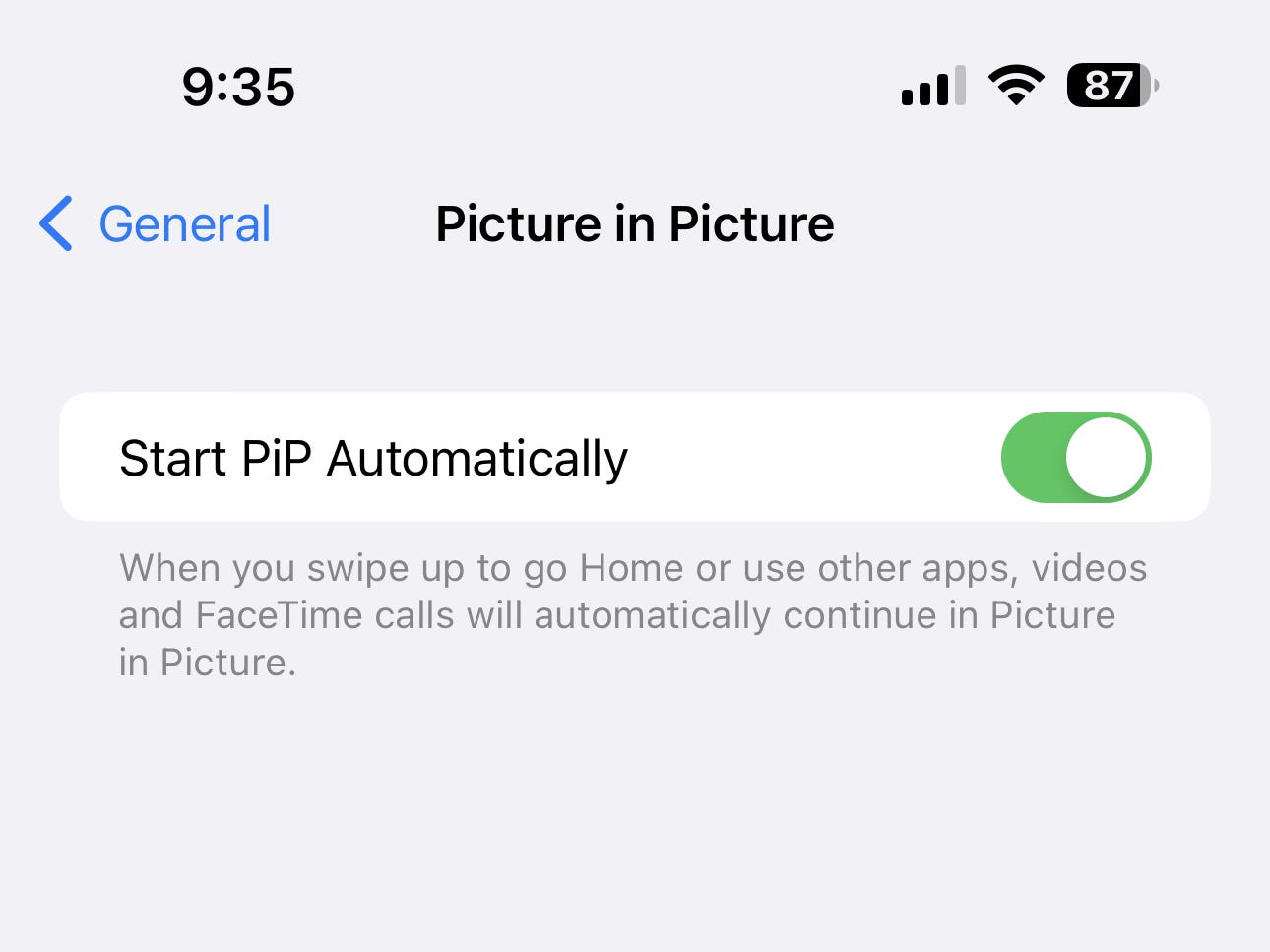 If PiP doesn’t work, it’s probably because you haven’t enabled it in Settings.

Now you can start any Picture-in-Picture-compatible app and start a video. If you close the app, the video will continue playing in a smaller overlay window, which will appear on top of any other app you start. Many video players now support iOS’s PiP mode, including YouTube, Netflix, Apple TV, and numerous others.

How to fast-switch between apps on the iPhone

It would be great to be able to position two apps side-by-side on the same screen on your iPhone, but if you really need that, consider using an iPad. Even so, you can use fast app switching to rapidly alternate between iPhone apps you’ve recently used.

To do that, simply swipe up at the very bottom of the screen. Each swipe to the right and left from this screen cycles through a different recently opened app. If you are flipping through apps you don’t want to see, you can close unwanted apps to make fast-switching more efficient and convenient.

Swipe up from the very bottom of the screen and swipe horizontally to quickly switch among apps.

Home » Audio Sources - Full Text Articles » The iPhone doesn’t have a proper split-screen feature — but there are other built-in, multi-window options
a