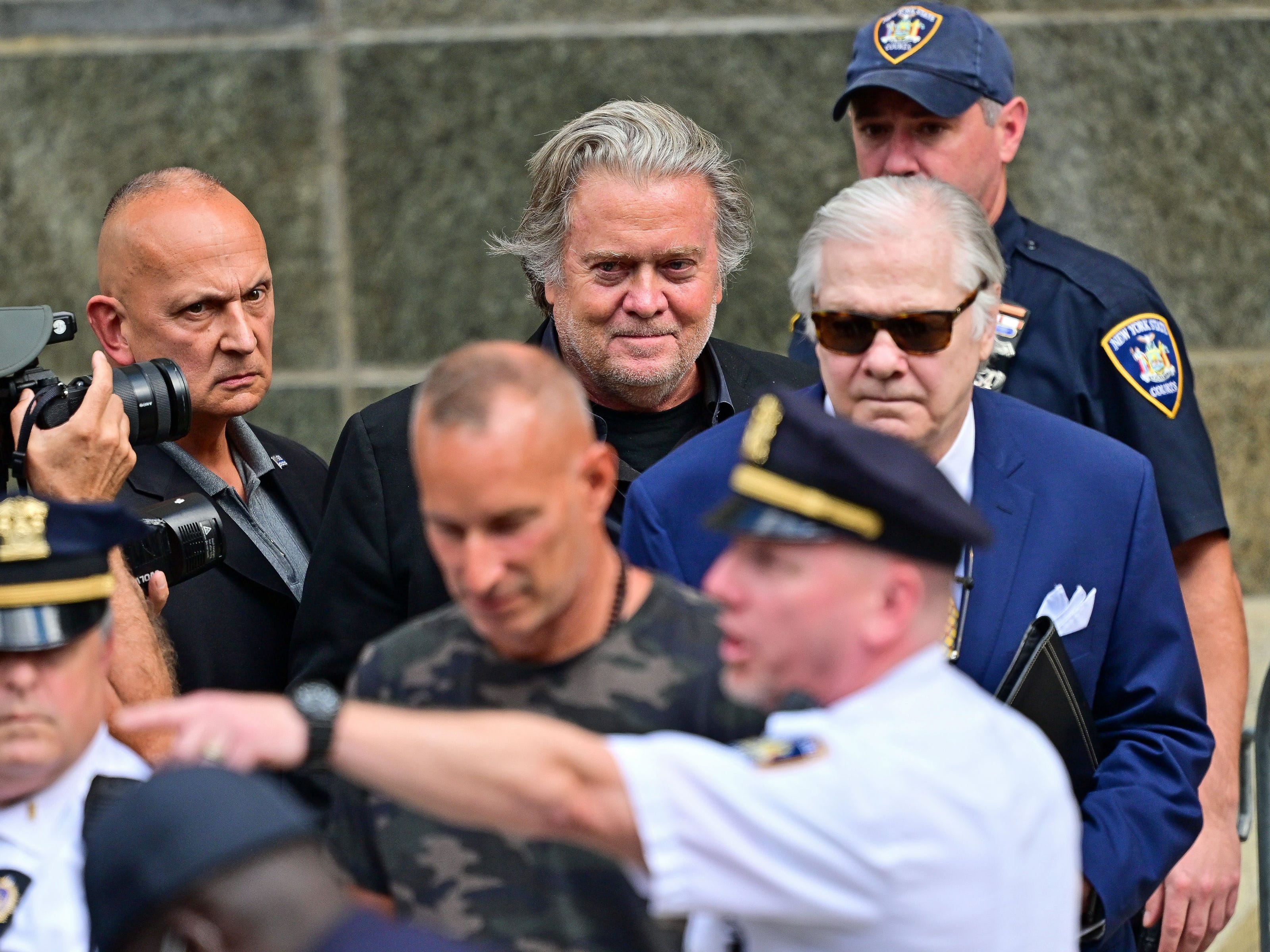 Right-wing agitator Stephen Bannon has been ghosting his defense lawyers in his “We Build The Wall” charity scam case for months, it was revealed Thursday during a court appearance in Manhattan state court.

Prosecutors and the judge presiding over the case complained in court that Bannon’s ongoing refusal to speak directly to his previously-chosen legal team is delaying the case, which has sputtered along in the months since his arraignment on charges of money laundering, conspiracy, and scheme to defraud.

The judge gave a typically rumpled-looking Bannon a deadline and an ultimatum: either chose new lawyers before his next court date on February 28, or return to court with his current ones.

Bannon, who served as a 2016 campaign official and top White House advisor to Donald Trump, is facing six charges brought by the Manhattan District Attorney’s office, including money laundering and conspiracy.

Prosecutors allege he helped orchestrate a scheme through a nonprofit that claimed to be raising private funding to build a wall on the US-Mexico border.

The nonprofit raised $15 million from thousands of donors across the country with the false promise of building the wall as envisioned by former President Donald Trump, prosecutors said in a September indictment. In reality, prosecutors said, Bannon and others laundered funds through third-party entities to line the pockets of people running the organization.

Bannon has pleaded not guilty to the charges.

At the court conference Thursday, David Schoen, one of Bannon’s current lawyers, told the judge that Bannon was no longer speaking with him or his co-counsel, John Mitchell. Both asked without success to be allowed to withdraw from the case.

“There has been a direct breakdown in communications,” Schoen said, calling their differences over defense strategy “irreconcilable.”

Since September, Schoen said, Bannon has only communicated with him and Mitchell through a third attorney, Adam Katz. Katz didn’t show up to the Thursday hearing.

Despite their stated communication breakdown, Schoen and Bannon whispered to and smiled at each other while seated at the defense table only moments later, as a lawyer representing the wall-building fundraiser discussed discovery issues with the judge.

Prosecutors didn’t oppose Schoen and Mitchell’s attempts to withdraw from the case, but opposed delaying the case’s schedule — a point the judge ultimately agreed with.

In August 2020, federal prosecutors in Manhattan brought a similar set of fraud charges against Bannon and three other people who they said had misused funds from the nonprofit to enrich themselves. But then-President Trump pardoned Bannon shortly before he left office.

Trump didn’t pardon Bannon’s three codefendants in the federal case, who were referred to as unindicted coconspirators in the Manhattan district attorney’s indictment. Two pleaded guilty to their role in the scam, and the third was found guilty at trial.

Bannon was found guilty in July of contempt of Congress for defying subpoenas issued by the panel investigating the January 6, 2021, insurrection. A Washington, DC, federal judge ordered him to serve four months in prison, but Bannon has staved off the sentence as he appeals the verdict.

If Bannon’s conviction in DC is upheld, it could weigh against him if he’s also found guilty in the border-wall case, as the judge would be able to consider his criminal history.

The judge overseeing the case, Juan Merchan, recently oversaw a trial in which the Trump Organization was found guilty of tax fraud. He’s scheduled to sentence the company on Friday.