NEW YORK — (JTA) — Nothing riled Steven Salen like a powerful man in a bad suit.

“‘That suit fits terribly!’” his daughter Elayne Landau recalled him as yelling at the TV, multiple times. “‘How’s he going to get elected? Elayne, send him a letter.’ He would dictate the letter. ‘I’m watching you on television. That suit fits horribly. You really look like you’re one-sided. Come see me!’

Sometimes, Landau recalled in an interview, she would even send the letter. And a couple of times there was a polite and friendly reply.

Salen, 103, died on Nov. 23  at a hospital in Manhasset, New York. He was a Holocaust survivor, a savvy war-era black marketeer, and then once landing New York, he built up a reputation as an outfitter — a “bespoke tailor,” as his family put it — to the powerful and influential, working until he was 95.

Salen loved talking about the opportunities this country gave him, but like many survivors, he didn’t begin to open up about the horrors he witnessed and suffered until late in his life — in his case, in his 90s.

He enjoyed regaling his children and grandchildren about his clients and what he designed to make them look good, recalled his granddaughter, Rachel Landau Fisher. One time, he saw an old photo of a man on a tarmac in a trim gray overcoat. Salen said he had made the coat.

The photo was of President Richard Nixon shaking hands with Chinese premier Zhou Enlai in Beijing, the launch of a history-shaking visit that thawed U.S.-China ties. 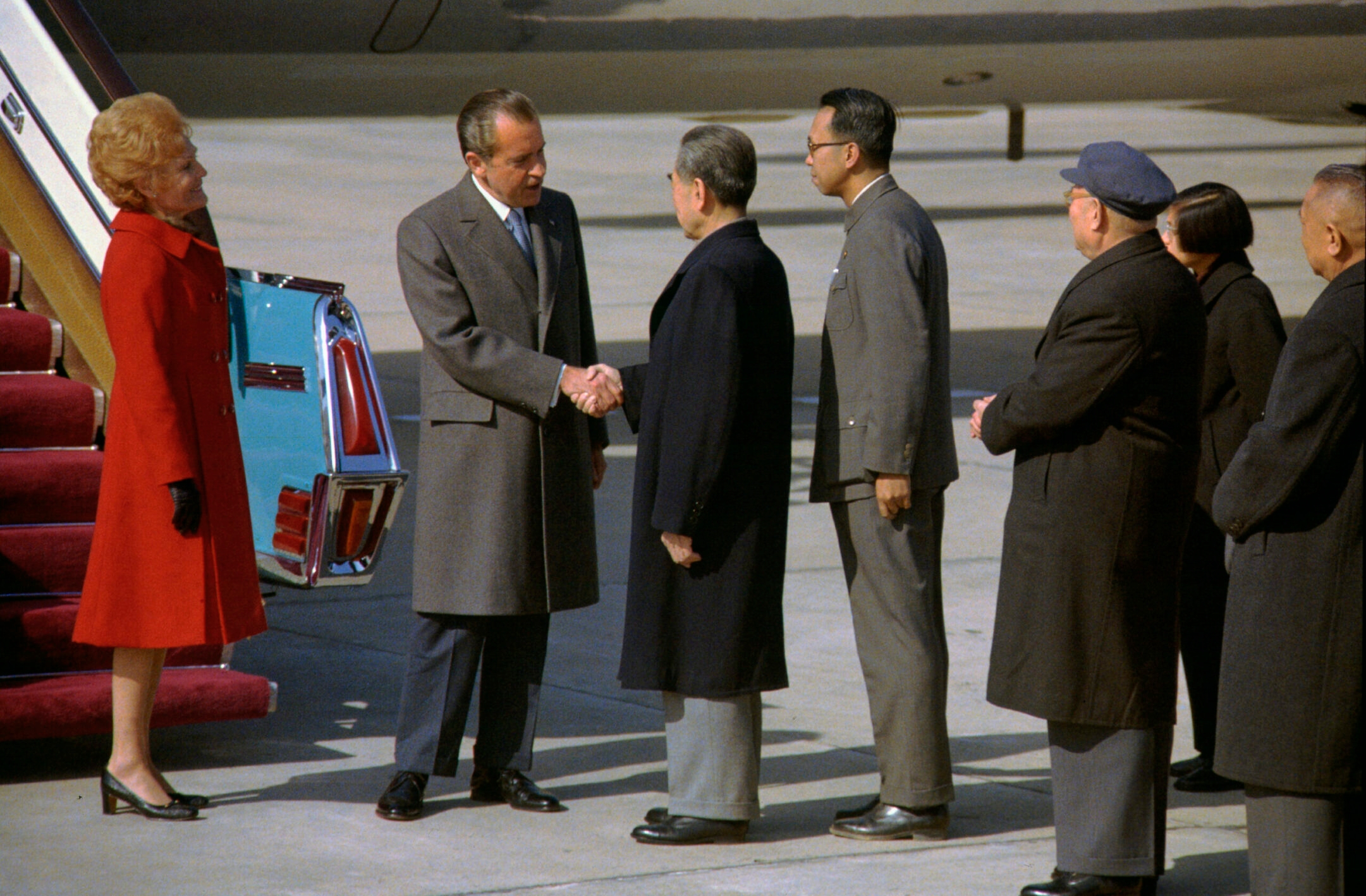 “His grandchildren, Jake, Sofia, Rachel and Sam enjoyed his many stories, including a favorite of a Mafia client walking in on FBI Director J. Edgar Hoover in his underwear during a fitting,” his granddaughter, Landau Fisher, wrote in a remembrance.

At his home in Bayside, Queens, he kept mementos of his career: Handwritten entries in ledgers spanning decades, including names like Nixon, and his secretary of state, Henry Kissinger. A framed 1980 check from former President Gerald Ford for $3,170. Gerald Ford tie clips. A hardcover and pristine copy of Kissinger’s remembrance, “White House Years,” with an inscription, “To Steve Salen, who makes me look almost presentable.” A client list from 2000 that includes names like Hearst and Scorcese.

“Martin Scorsese was one of his last clients,” Elayne Landau said of the film director. “So was Harvey Keitel.”

Salen was an old-school, word-of-mouth tailor who started working at FL Dunn on Fifth Avenue in New York, and eventually had his own full-floor atelier on Madison Avenue and 53rd Street, at the heart of the city’s high-fashion district.

“They don’t have a web site. They sure as hell don’t have any marketing savvy. Steven can’t even figure out his phone. But they can build you a suit. In fact, they build suits for a lotta shops in NYC who claim to build their own,” the blog reported. “You get chalked up. And then what? Where does your suit go? China? Mexico? Turkey? Or, to the 11th floor of an office building in midtown Manhattan.” (“It ain’t cheap,” the blogger advises.)

Occasionally Salen would pop up in an aside in an article about the rarefied occupants of New York’s social stratosphere, as when the New York Times Magazine profiled antiquarians Leigh and Leslie Keno in 1986 (they are now famed as appraisers on PBS’s “Antiques Road Show”).

“After years of searching for the perfect tailor, they finally found one they feel meets their specifications, a man named Steven Salen,” the Times said. “He passed the brothers’ acid test for tailors by spotting immediately that each twin has an arm that’s a quarter of an inch longer than the other.” 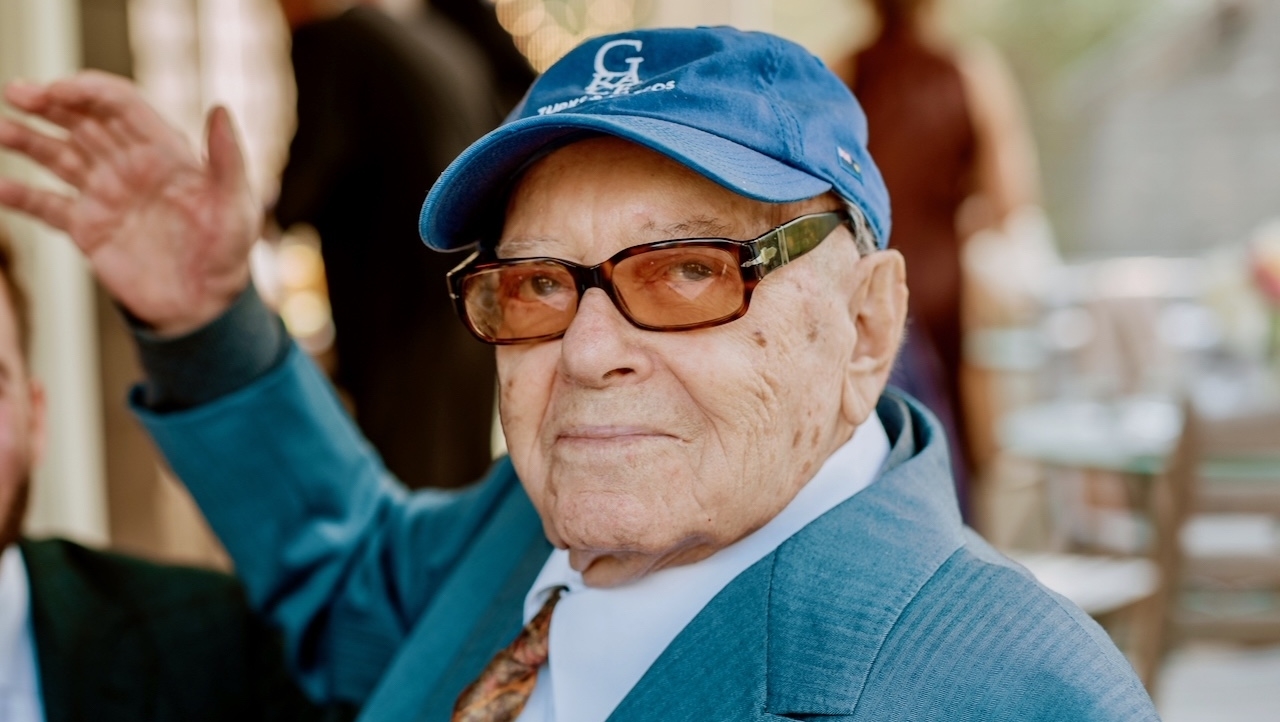 Steve Salen at his granddaughter Rachel Landau’s wedding in 2020. (Family) Image by

Salen would not tell his children about his life before his arrival in the United States unless he had to explain the marks his suffering had left on his body.

“He told the story of how, to his amazement, he twisted off his frozen toes and didn’t even feel it,” Elayne Landau wrote in a eulogy, describing the time her father spent on the Russian front as a slave of the Nazi war machine. “We had seen his feet, you see, so he had to say something about that.”

“He was a Holocaust survivor, but as much as that experience shaped who he was, he did not want to be defined by it,” she wrote. “I understood this because growing up in a community of refugees, we didn’t ask these questions and for the most part, people didn’t offer. People needed to move on.”

He worked ceaselessly, Landau said in the interview. “I remember on Sundays we used to go to Schwartzbaum, which was a woolen shop on the Lower East Side on Delancey street to buy cloth, so this was a seven-day-a-week thing for him,” she said.

And then, in his 90s he began to open up, and Elayne Landau saw an opportunity to get close to the father who spent her childhood working.

“He remarked frequently that he can’t believe he made it,” she wrote in her eulogy. “And he began to want to talk about it. Sadly, by this time, well into his 90s, he could not recall many specifics. But with the help of the few reminiscences that I’d written down through the years, Rachel and I were able to piece together the outlines of his story.”

He was born Zoltan Salomon in Nelipyno, Czechoslovakia in 1919. In 1939, in what he would later describe as some of the best years of his life, he was learning tailoring at a trade school run by the American Jewish Joint Distribution Committee.

Then the Nazis arrived and they deported Salen. He never saw his parents or seven of his 11 siblings again. Russians liberated him in 1943. “He told me how the Russian soldiers gave the Jews guns to shoot their German captors,” Elayne Landau recalled. “He said some people did.”

He joined the Czechoslovakian army and became a supply sergeant, which required sharp business skills to negotiate the black market. A fellow black marketeer had a cousin, Frantisca, who was 18; she and Salen were married within three weeks. They arrived in New York in 1949, and Salen landed a job as a tailor almost immediately.

His wife, who took the American name Frances, predeceased him, and so did his son, Jeff, a founder of the seminal 1970s punk band, Tuff Darts, who died of a heart attack in 2008. He is survived by his daughter, Elayne, son-in-law Matthew Landau, daughter-in-law Diana Salen and his four grandchildren.

“He really wanted to be defined by his American life,” Elayne Landau said. “He was so grateful for being here you could never say anything bad about against America.”

His granddaughter, Rachel Landau Fisher, said he and her grandmother drew slightly different pleasures from their American experience.

“He and his wife were most honored to have tea with First Lady Betty Ford after fitting the president at the White House,” she said. “His happiest place was at a poker table in the Catskills’ Concord Hotel.”

The post Steven Salen, a tailor who survived the Holocaust and dressed presidents, dies at 103 appeared first on The Forward.

Home » Audio Sources - Full Text Articles » Steven Salen, a tailor who survived the Holocaust and dressed presidents, dies at 103
a