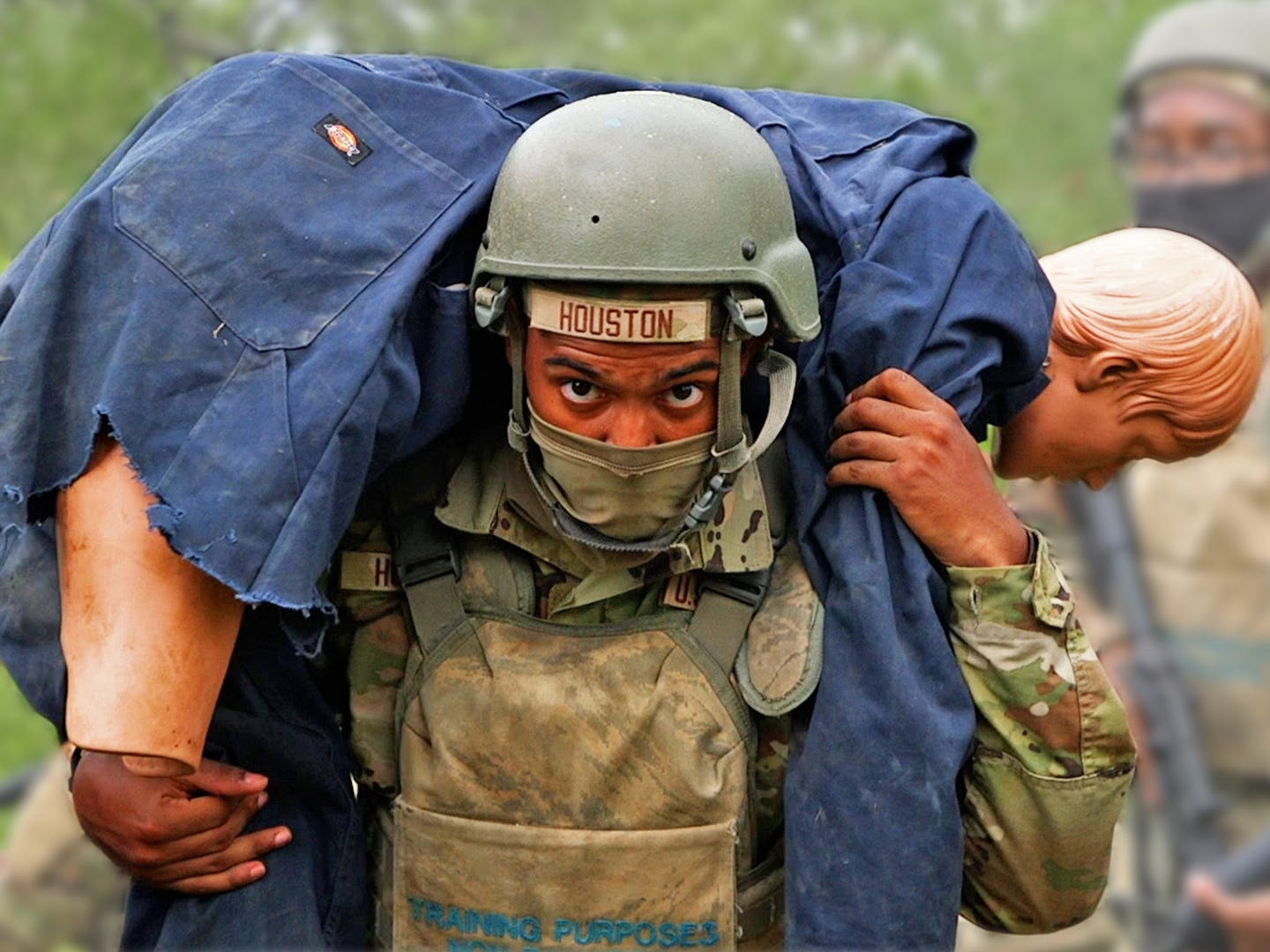 An trainee goes through a drill at boot camp.

Trainees have three minutes to locate and “rescue” a mannequin representing an injured airman from inside a hostile village.

Across the many branches of the US military, there is one constant for new recruits: a weeks-long period of basic training — “boot camp” — to prepare for the job.

At each boot camp, recruits have to learn different skills like swimming or climbing and practice the tasks they’ll need during their service, from assembling a pistol to driving a tank.

But that period of time varies with each branch of service. Navy recruits, for example, endure a 10-week-long program, while Marine Corps recruits face 13 weeks of grueling basic training.

Insider has gone inside basic training at different boot camps as part of its “Boot Camp” video series exploring what life is like for recruits.

Army: Not everyone who joins the Army and works with heavy guns and weaponry has previously fired a weapon. 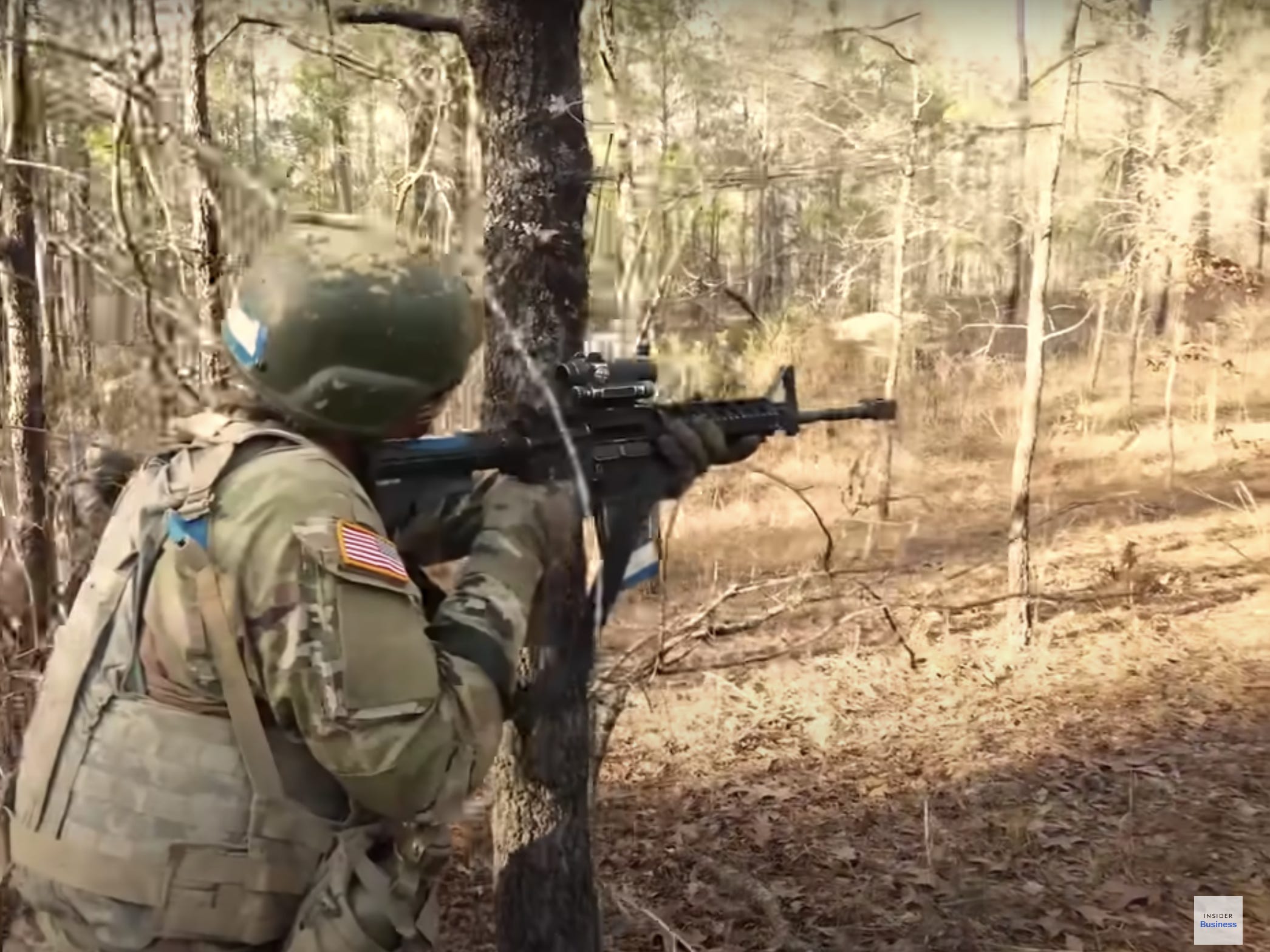 Navy: Not every recruit knows how to swim or is even comfortable with being in the water.

You don’t need to know how to swim before joining the Navy. 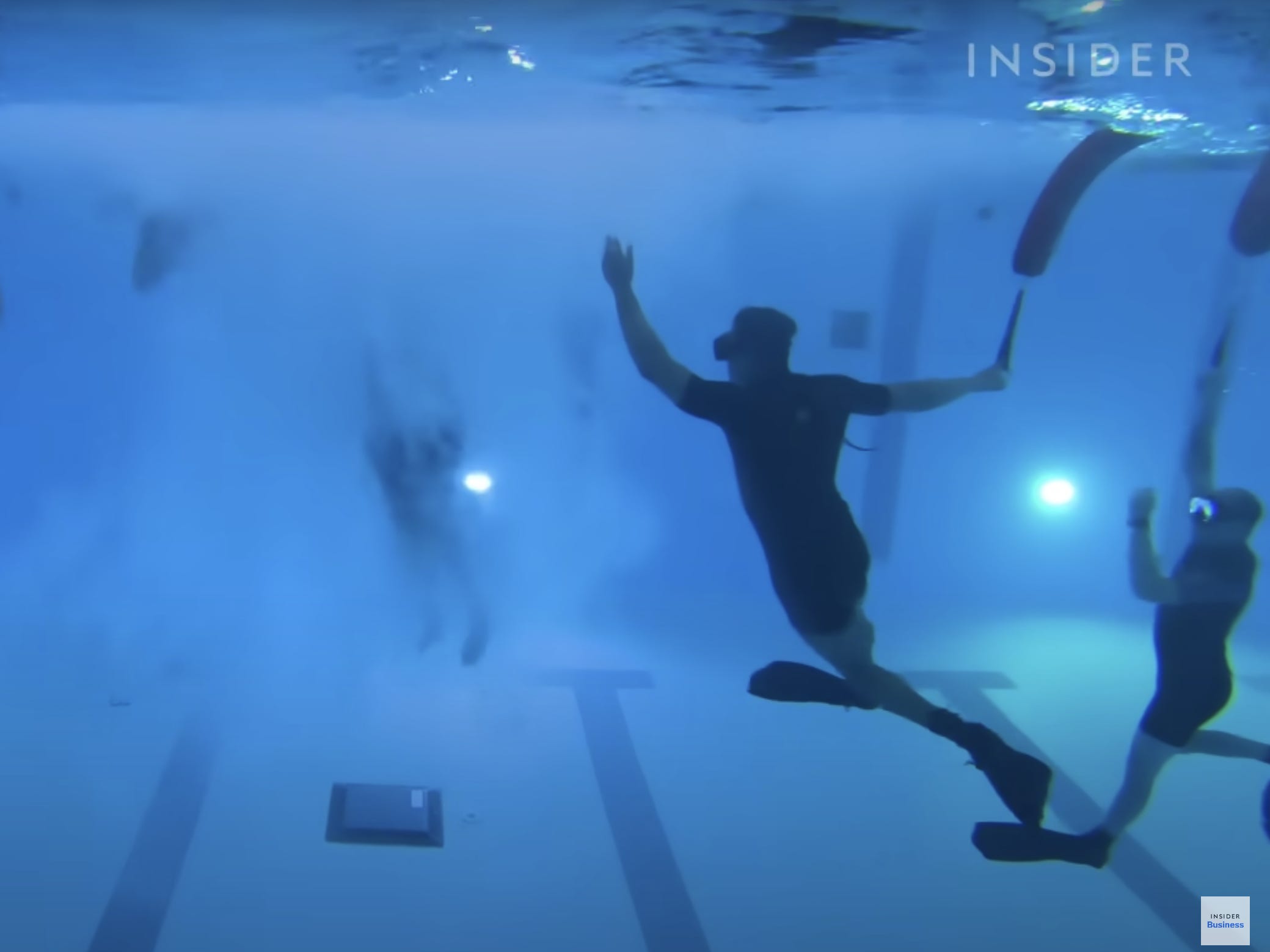 Navy recruits swim inside a pool during basic training.

Navy: Recruits work on their marksmanship during basic training, learning how to safely fire a pistol — as well as assemble and disassemble the weapon. 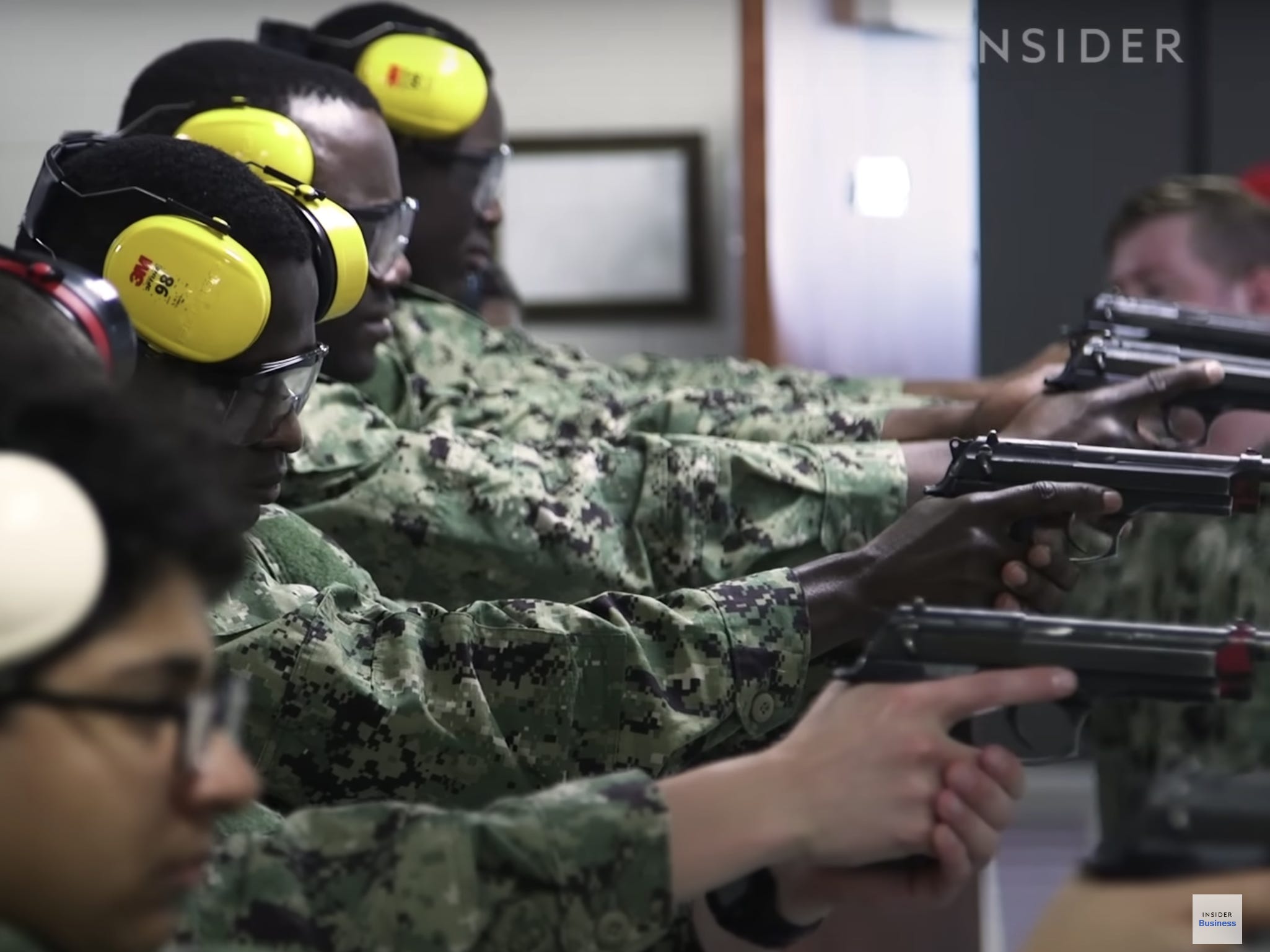 Coast Guard: New recruits endure lots of yelling and intensity, including when they sit down for lunch. Before they can eat, recruits are stopped by company commanders and must answer questions about the Coast Guard. 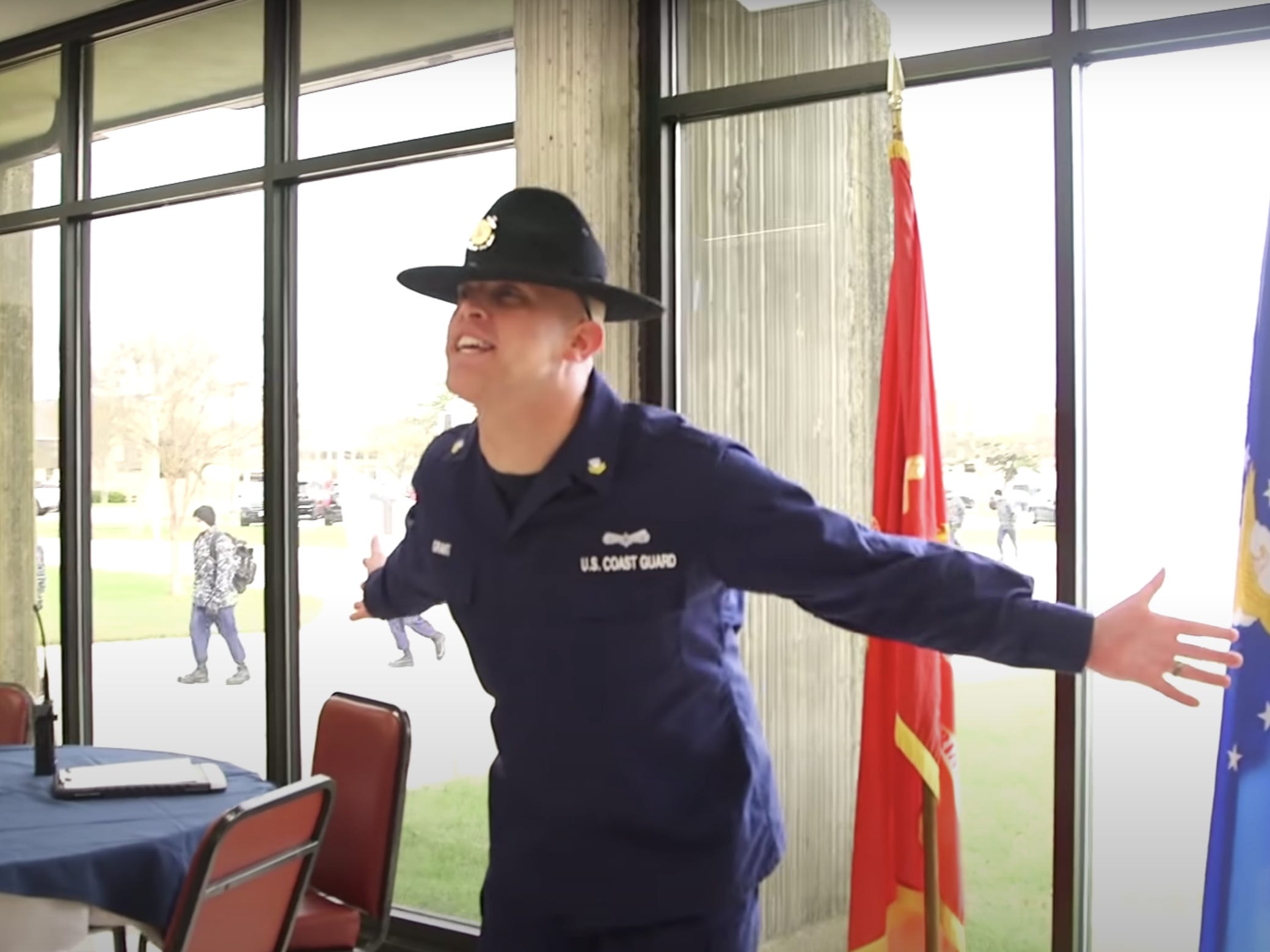 A Coast Guard recruit is yelled at during lunch.

Marine Corps: Not everyone who shows up for training is built like a superhuman, or is in top athletic shape. 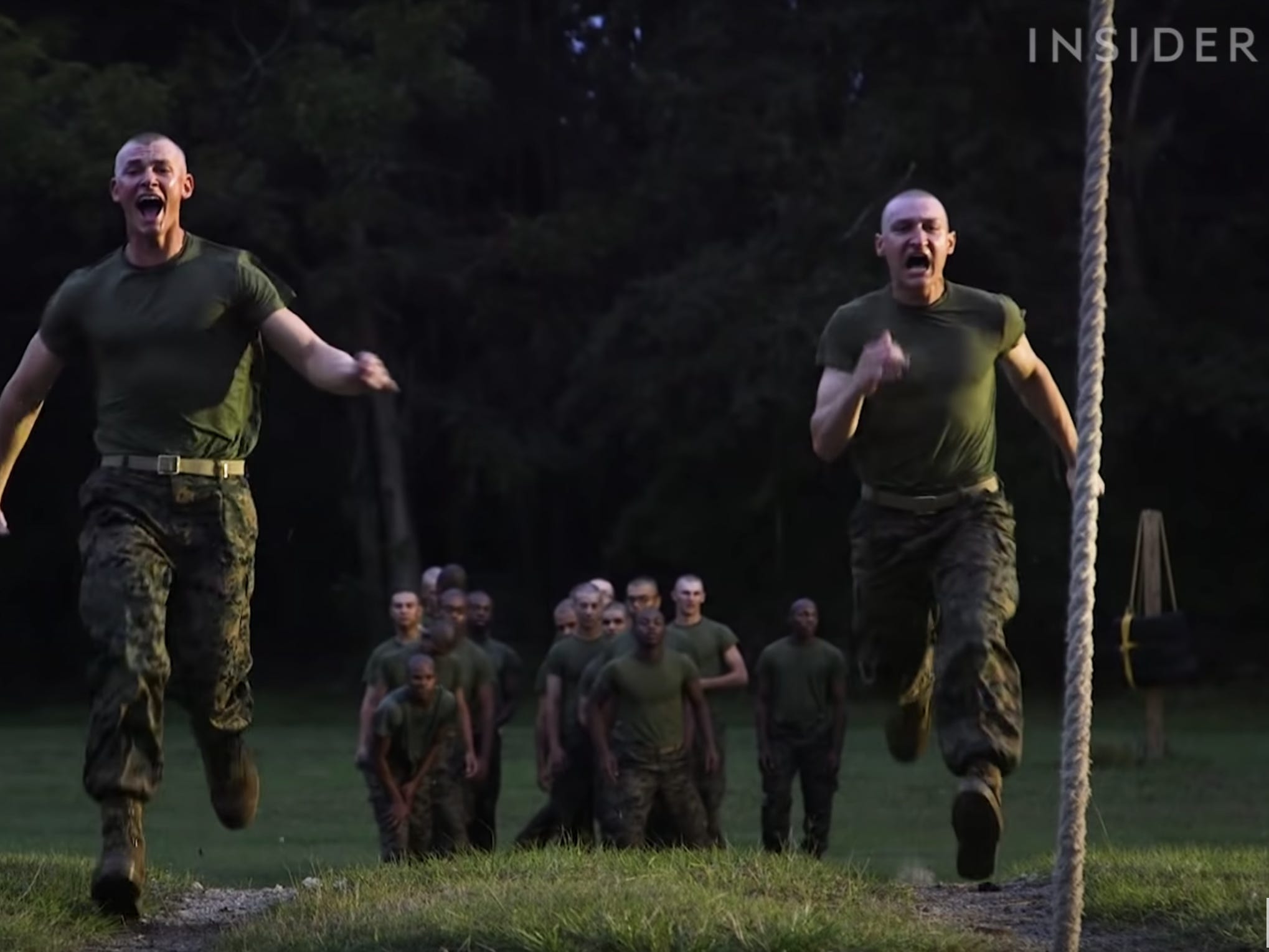