Mohammed Abu Ramadan can’t afford to keep his children warm this winter so he and his sister’s family in Damascus take it in turn to look after them – heating their homes only for the weeks that the young ones are staying.

Like millions of Syrians who are unable to afford – or often even to find – diesel and gas, he has been forced into innovative and desperate responses to survive a fuel crisis that is deepening hardships after more than a decade of civil war.

“My children and I have gone without many things. For a couple of months they haven’t eaten more than one meal a day,” said the government employee who tops up his state salary by working in a paint shop in the evening.

He often works an 18-hour day, but even that doesn’t bring in enough money to heat the family home.

“After they finish school my children will go to their aunt’s for a week, and the week after that I will prepare firewood for my children and their cousins,” he said.

Syria’s economic collapse, triggered by years of conflict, Western sanctions, a currency meltdown and the government’s loss of its northeastern oil producing territories, has been pushing millions of people deeper into poverty every year.

With state revenues in freefall, authorities have had to cut back subsidies which cushioned Syrians from the worst impact of the crisis, and the government is struggling to pay for fuel imports after the war in Ukraine drove up world energy prices.

Shortages even pushed the prime minister to announce public institutions would close for two additional days this month. Sports authorities delayed basketball and soccer tournaments to help stadiums save on fuel.

Syrians who still qualify for subsidised diesel can buy 50 litres at 500 pounds (less than 10 U.S. cents) a litre, but supply has been slow and patchy and the quantities are not enough to last a family for long.

The government sells limited amounts of non-subsidised diesel at five times that price, while the black market rates for diesel run to more than 30 times the subsidised amount.

Many Syrians have switched their traditional diesel stoves, used to cook meals and heat homes to alternatives fuelled by firewood or even pistachio shells – cheaper and abundant in some parts of the country.

“You can always find almond and pistachio shells. With diesel we suffer from the high prices, and it’s not available,” said Mohammad Kaweir, another state employee from Hama province who said pistachio shells generated more heat than diesel.

Abdullah Tuweit, who owns a workshop which produces heaters, said he started converting them three years ago from burning diesel to the more affordable husks and shells.

“Demand goes up every year,” he said. “It started in the rural areas and gradually spread to the city”.

Meanwhile hundreds of diesel heaters remain unsold in his warehouse, he said.

Nine out of 10 Syrians live under the poverty line and the number who urgently need help this winter has increased 28% compared to last year, aid groups say.

“With another harsh winter around the corner, people have to take yet more desperate measures to try and stay warm,” said Samah Hadid from the Norwegian Refugee Council, which has distributed heaters and warm clothes to help ward off the cold.

Families said they were resorting to burning old clothes, shoes, plastic bags and garbage to stay warm, she added, despite the health threat from the smoke and fumes.

“I don’t use the heater unless it’s bitterly cold, because of the smoke,” said Ahlam Mohsin Warda, a single mother bringing up three children, who receives just 150,000 pounds a month from her ex-husband and uses a woodfire heater.

“Last year a neighbour’s son died of cold, so I am worried about my children,” she said. “We no longer think about eating and drinking, we think about how we can keep ourselves warm.” 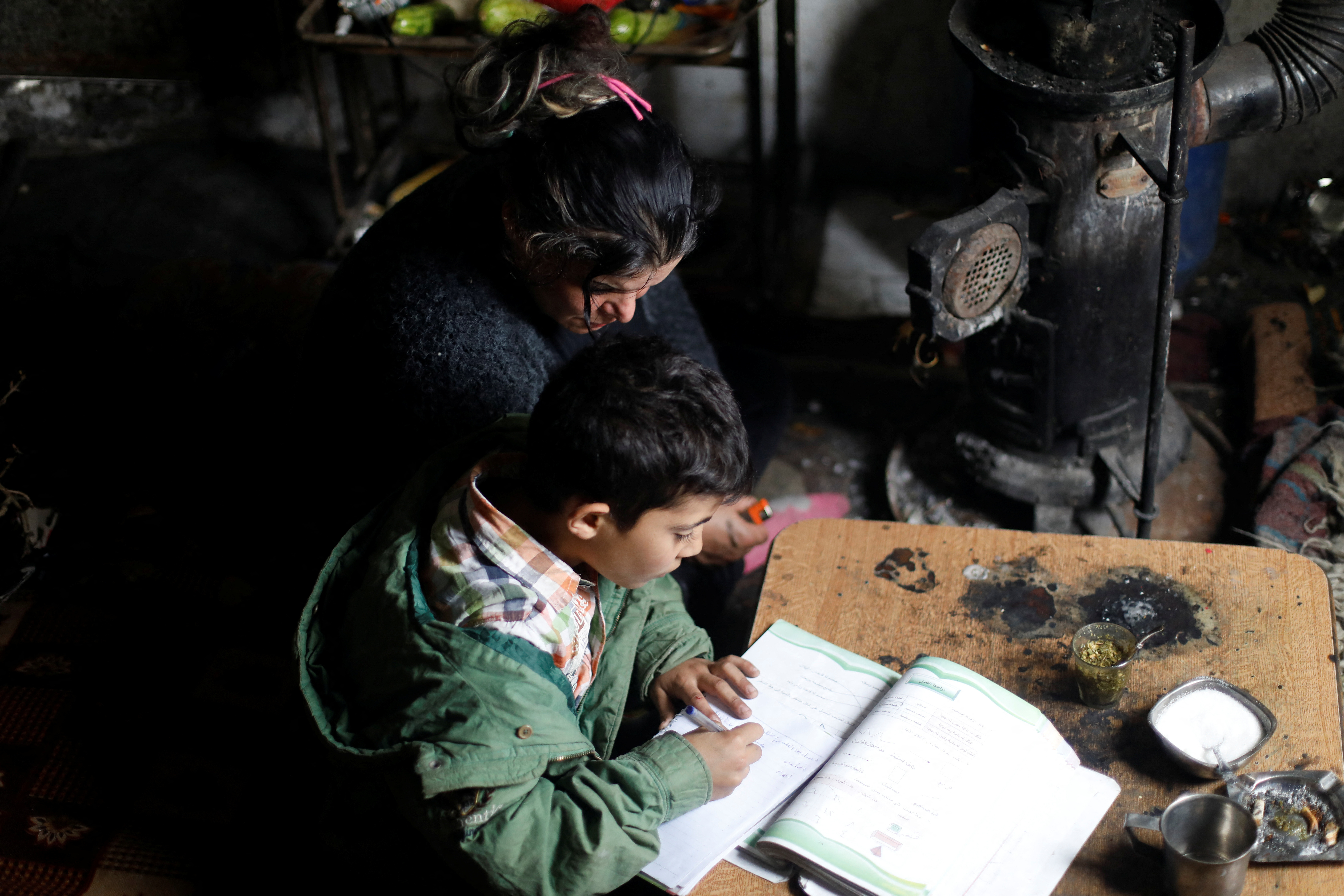 Ahlam Mohsin Warda, a single mother bringing up three children, helps her son with his studies at their home in Damascus, Syria November 30, 2022. REUTERS/Yamam al Shaar 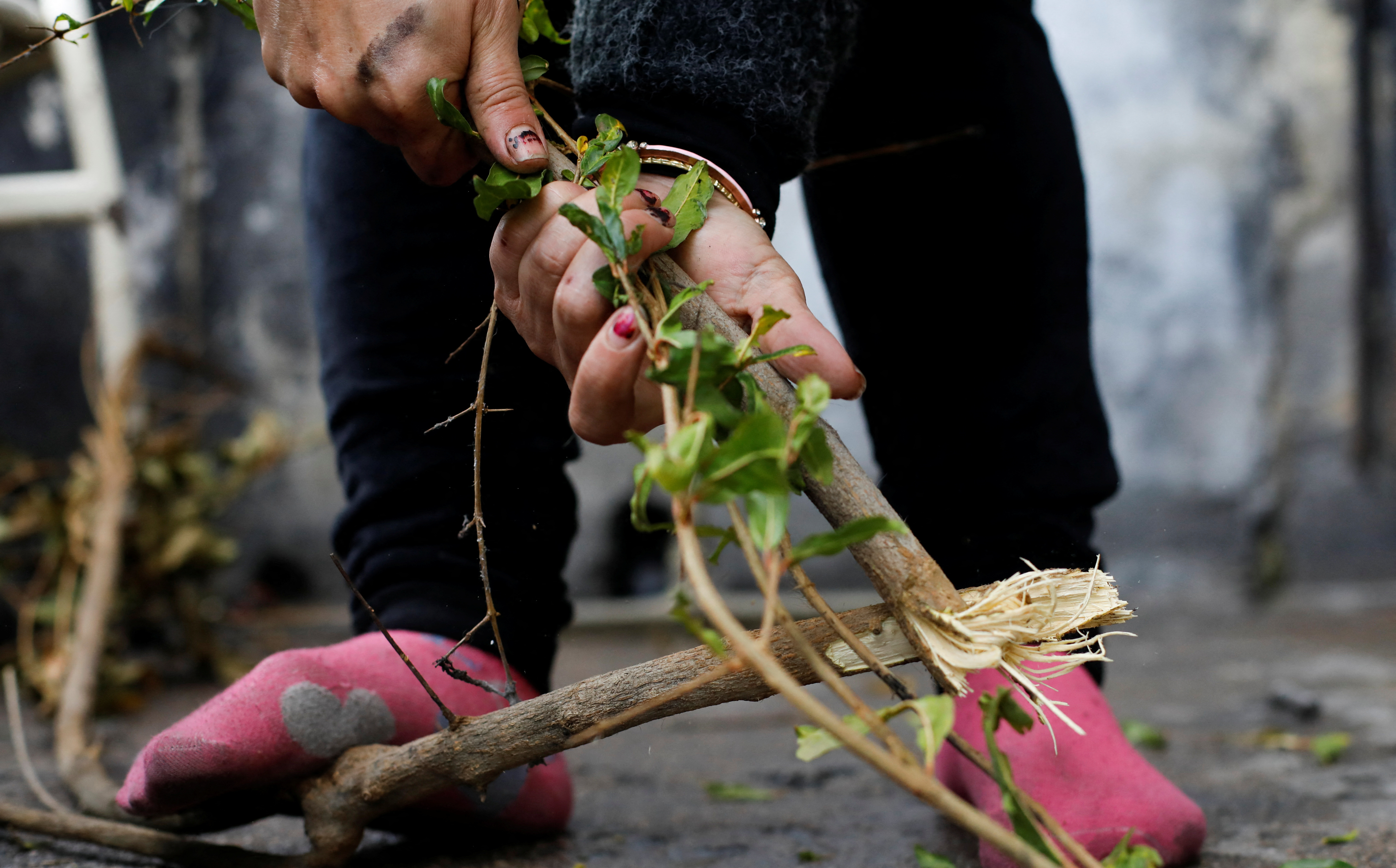 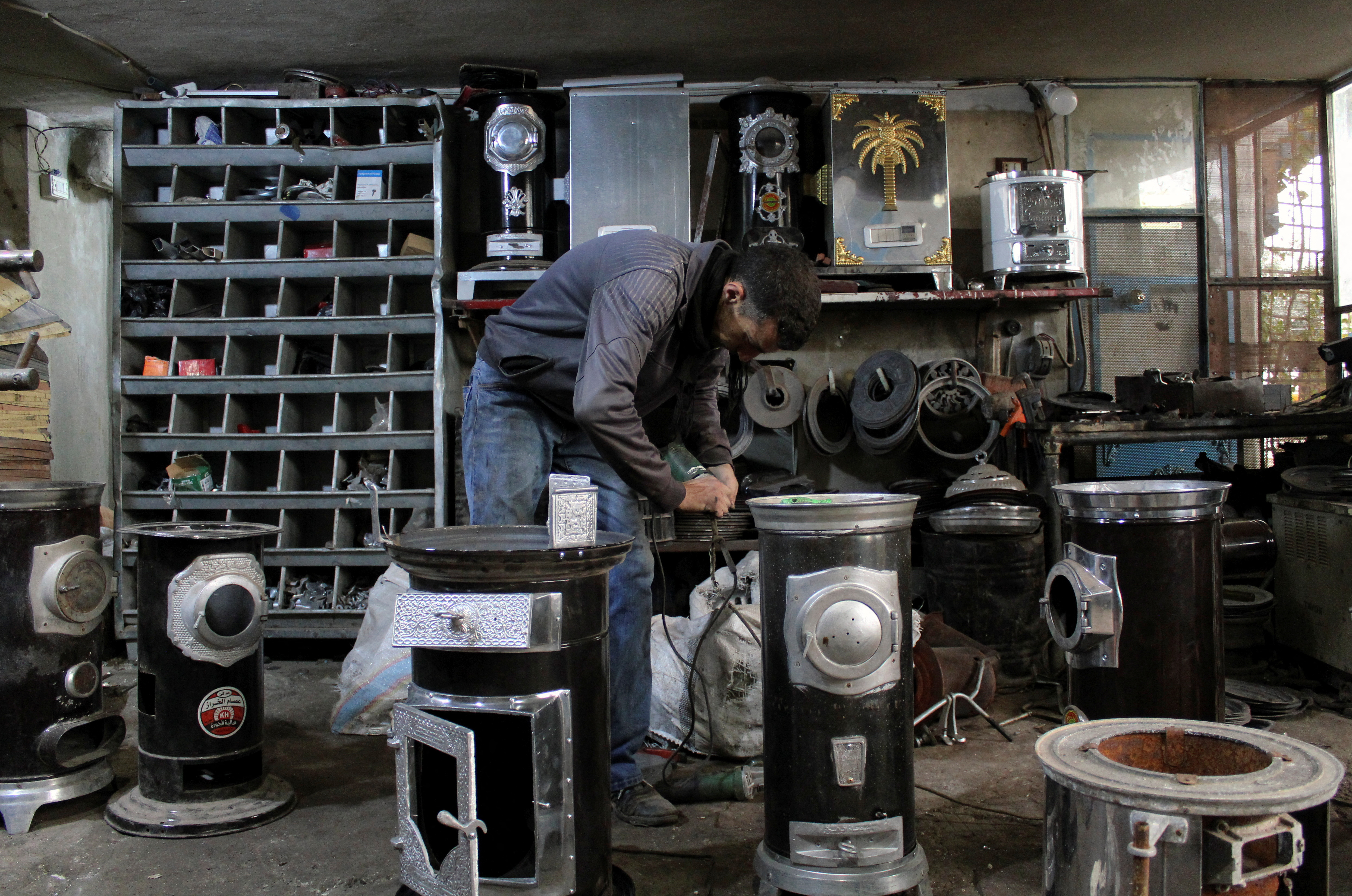 A man works inside a workshop which produces heaters fuelled by pistachio shells and husks in Hama, Syria November 27, 2022. REUTERS/Firas Makdesi 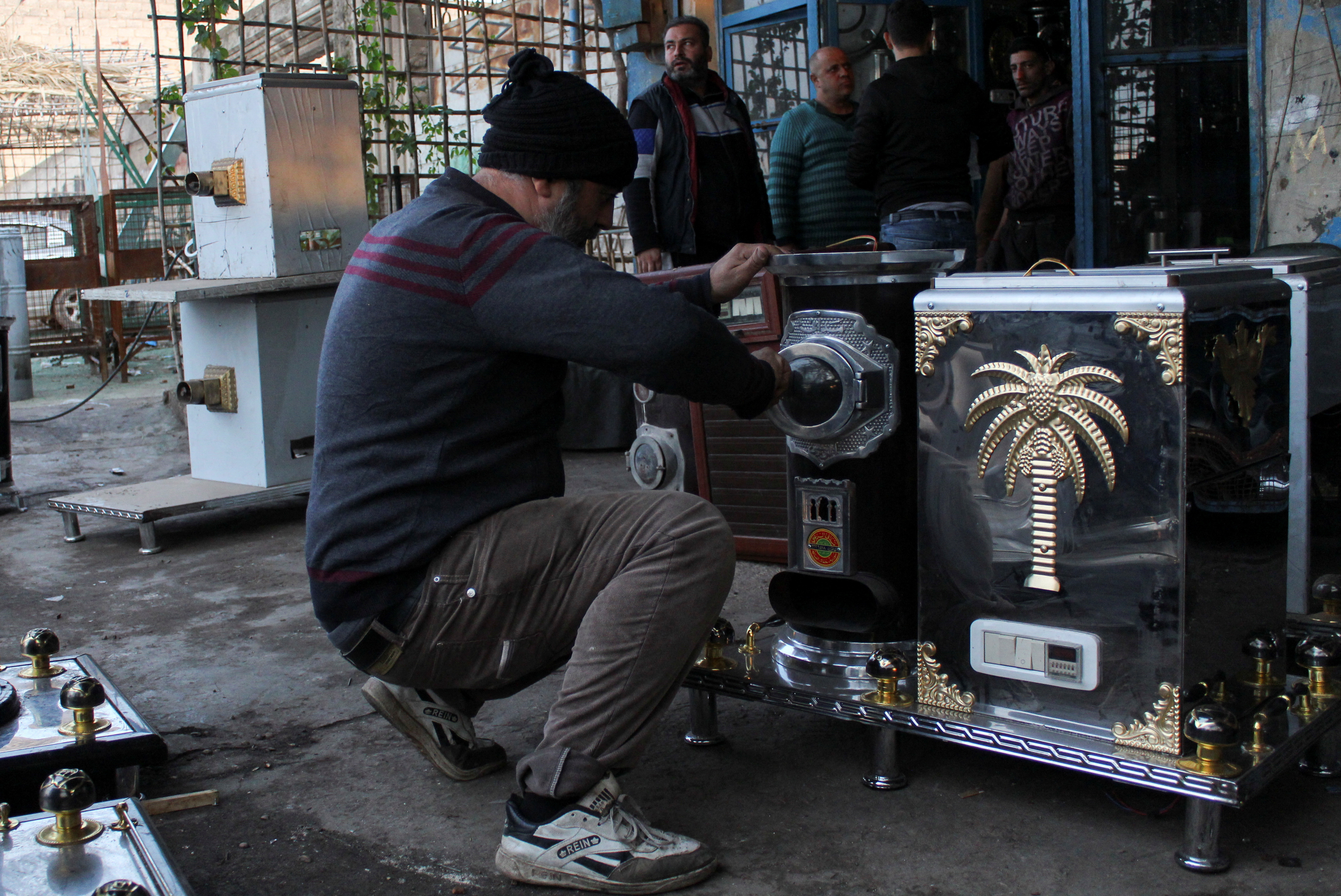 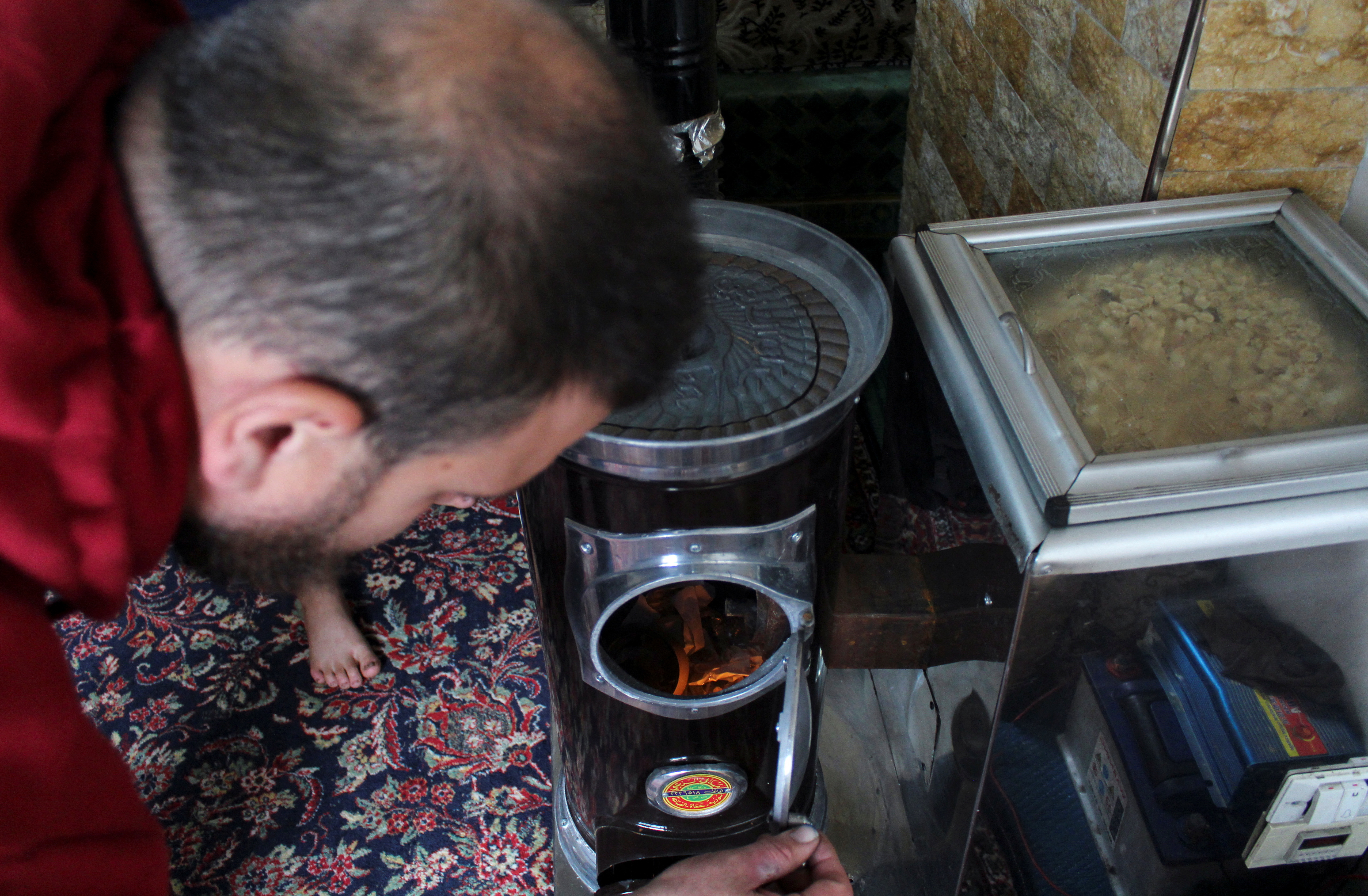 Suleiman al-Khaled, 34, uses a heater which he fills with pistachio shells to heat his home, in Hama, Syria November 27, 2022. REUTERS/Firas Makdesi