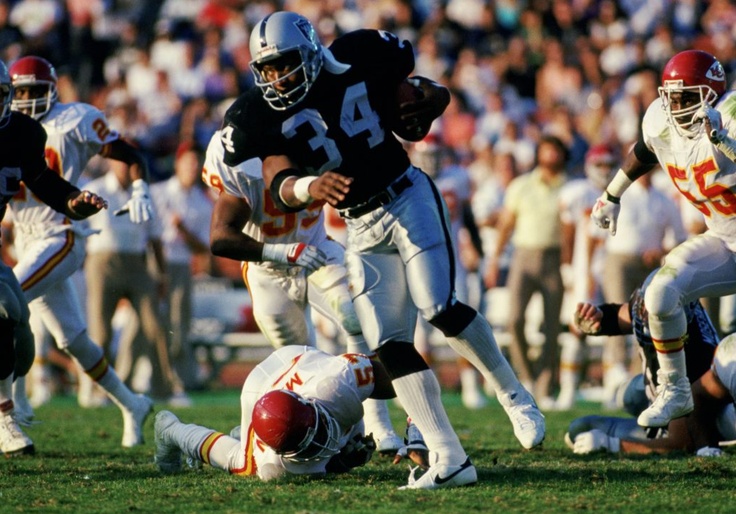 Sportswriter Bill Simmons once responded to a reader mailbag question with a new phrase: “The Tyson Zone,” the collection of celebrities about which one could hear any story and believe it to be true. Simmons listed, alongside Tyson, famous folks like Andy Dick, Paris Hilton, and Tara Reid (this was 2004). In the years since, the Zone has expanded to include the likes of Tom Cruise, Rip Torn, and Donald Trump.

The exploits of Tyson Zone entrants must be, for the celebrity to qualify for induction, unrelated to that member’s profession. Athletes on the list like Dennis Rodman and Ricky Williams are known for their colorful personal lives rather than mythical in-game performance. A new title, then, must be created for legendary feats like Babe Ruth’s called shot, Michael Jordan’s flu game, and Mickey Mantle’s 660-foot home run.

After reading Jeff Pearlman’s The Last Folk Hero: The Life and Myth of Bo Jackson, one might be compelled to name that club “The Bo Zone.”

Pearlman is no stranger to larger-than-life characters and stories that may be too good to be true. Though his 2014 book Showtime: Magic, Kareem, Riley, and the Los Angeles Lakers accurately reflected real-world events, the cable television show for which it serves as inspiration, Winning Time: The Rise of the Lakers Dynasty, has drawn criticism from former players for alleged looseness with the truth.

But, just as many reviewers believe the show’s possible factual discrepancies are more exciting than the truth, the stories Pearlman relays about Bo Jackson are worth believing simply because they are amazing. And Pearlman knows Bo.

To understand what Bo Jackson was, Pearlman contends, it is important first to understand what Bo Jackson was not. An undisciplined hitter and oft-unmotivated running back with an Iversonian aversion to practice and a penchant for taking himself out of some of the biggest games of his college football career, Jackson was not, as sports fans would say, a gamer. He did not have a killer instinct, he was not a mainstay in the playoffs, and he did not have a long, Hall of Fame-worthy career in either sport he played professionally.

The Last Folk Hero is not a book about an athlete. It’s a book about a superhero. A man who, despite never lifting weights with any regularity, could bench press more than anyone else on the Los Angeles Raiders.

Who stood waist-deep in a pool and jumped, flat-footed, out onto the pool’s edge.

Who threw a football 140 feet in the air and hit the New Orleans Superdome scoreboard.

Who destroyed the legend of Brian “The Boz” Bosworth, a cult figure in his own right, by carrying him into the end zone to score a touchdown.

Who was so dominant the Tecmo Super Bowl developers made his virtual rendering virtually unstoppable.

Near the biography’s beginning, Pearlman recounts an anecdote that encapsulates his titular hero. On a September 1991 flight from Southern California back to Chicago, an engine on the 737 carrying the White Sox players and coaches caught fire. Fittingly, there are two competing versions of what happened next.

Former professional baseball player Joey Cora—in a story several teammates back up—remembers Jackson exiting the cockpit, swaggering toward the back of the plane, and letting everyone on board know they’d be alright.

Backup catcher Matt Merullo told Pearlman a different story, this one also confirmed by members of the ’91 White Sox. In this edition, Jackson—whose hip had famously deteriorated to the point where doctors thought he might never be able to walk again—burst into a dead sprint toward the front of the plane and helped land it himself.

Consider Jackson’s stunning 1989 laser from the warning track to home plate, gunning down Harold Reynolds. All available videos open with Seattle Mariner Scott Bradley at the plate, roping a double into left field. The tape shows Jackson fielding the ball off the wall, then Reynolds rounding third base and heading for home. It shows a ball coming flying out of nowhere, and the Kansas City Royals’ catcher tagging Reynolds out at the plate.

It does not show Jackson throwing the ball.

Pearlman is absolutely fine with this. In fact, as he says, it only magnifies the supernova that was Bo Jackson. The Last Folk Hero is meticulously researched, with hundreds of interviews and an impressive amount of Alabama high school sports statistics. But for all the information packed between its covers, how much actually did happen is ambiguous, and Pearlman himself acknowledges as much numerous times over his book’s almost-500 pages.

The ambiguity is what makes things interesting. It’s what makes Jackson’s “Last Folk Hero” moniker fit as snugly as the Superman costume he wore for a college photo shoot.

It’s what places him squarely inside The Bo Zone.

The Last Folk Hero: The Life and Myth of Bo Jackson

Zach Kessel is a student at Northwestern University’s Medill School of Journalism, where he serves as president of the campus Alexander Hamilton Society chapter.

The post Tales from the Bo Zone appeared first on Washington Free Beacon.