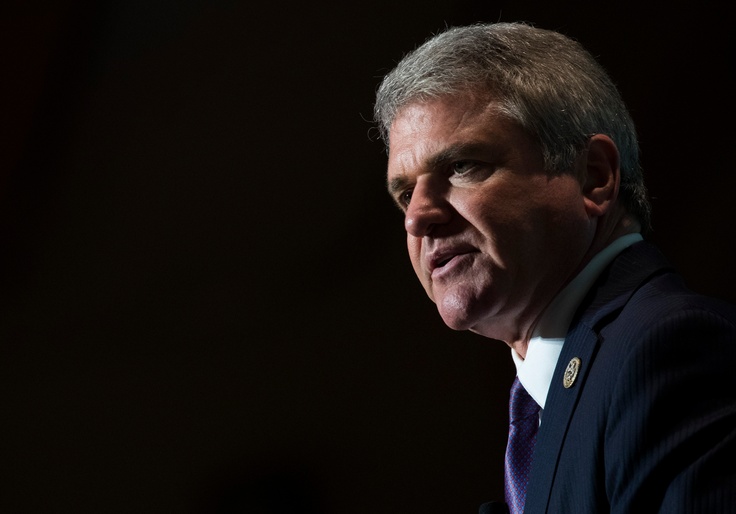 The authorizations, which will make it easier for aid dollars to be allocated in conflict zones and areas where terrorist activity is taking place are generating concerns in Congress. Rep. Michael McCaul (R., Texas), the incoming chair of the House Foreign Affairs Committee, said that in its rush to push aid dollars out the door, the Biden administration is relaxing longstanding safeguards meant to stop taxpayer aid from enriching malign regimes and terrorism supporters.

“By relaxing longstanding basic restrictions on the provision of aid to countries subject to U.S. sanctions, [the] action by the Biden administration increases the likelihood some of our assistance funding will go to designated terrorists, human rights abusers, and violent authoritarian regimes,” McCaul said in a statement. “I urge the administration to reverse this decision.”

As part of this recalibration, the Treasury Department issued authorizations that will inject U.S. taxpayer dollars into areas that have historically been subject to strict sanctions, including in China, Cuba, Taliban-controlled Afghanistan, Iran, and other conflict areas, according to congressional officials who reviewed the new initiative.

The Treasury Department changes, these sources said, remove longstanding restrictions that prevent U.S. aid from being injected into sanctioned areas. To skirt these restrictions, the United States will funnel taxpayer dollars to United Nations organizations working in these conflict zones.

The aid policy also protects U.N. organizations from repercussions should U.S. aid dollars end up in the hands of terrorists or other sanctioned entities, like the Taliban or Bashar Al-Assad’s regime in Syria, according to one congressional official tracking the matter.

The changes, Power said, “will mitigate the legal risks our partners face when working in conflict-plagued regions and will provide assurance to financial institutions and other private sector actors that they can continue supporting legitimate humanitarian programs without fear of running afoul of U.S. sanctions.”

State Department spokesman Ned Price described the effort as “one of the most important updates to our sanctions policy in years.” Ultimately, Price said during a Dec. 20 press briefing, the loosened restrictions will “help ensure sanctions do not unduly impact humanitarian conditions around the world.”

Secretary of State Antony Blinken maintained the United States will work to prevent aid dollars from reaching terrorists and malign regimes, saying in a statement that the new regulations “safeguards to prevent abuse or diversion, make our sanctions clearer, stronger, and more effective and streamlined.”