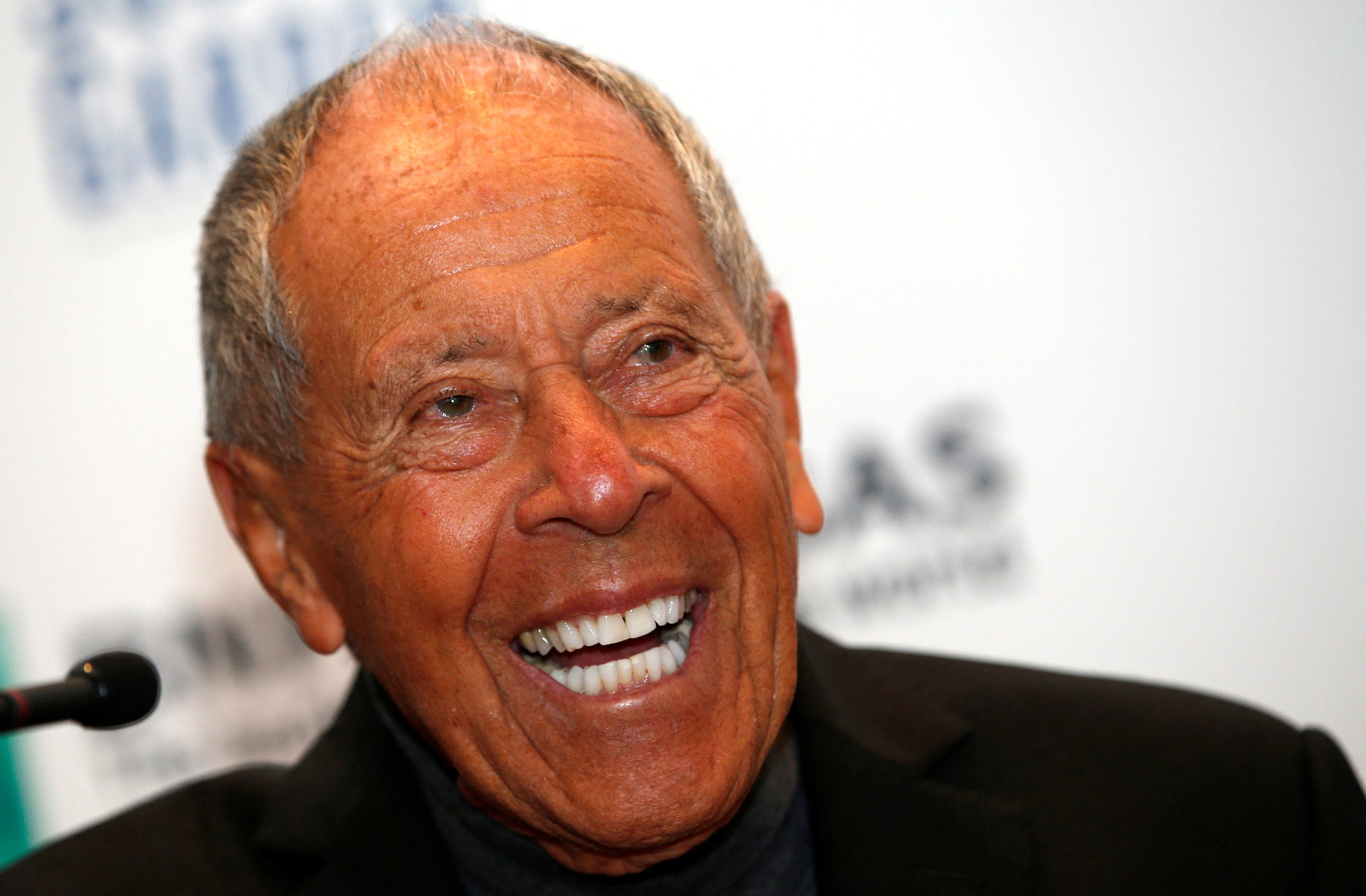 Tennis coach Nick Bollettieri laughs during a news conference where he was introduced as one of the five new inductees to the International Tennis Hall of Fame in New York, March 3, 2014. REUTERS/Mike Segar/

Nick Bollettieri, the larger-than-life coach whose famed Florida tennis academy changed the face of the game by producing some of its greatest players, has died at the age of 91, with ex-student Tommy Haas leading tributes to the “one of a kind” American.

The son of Italian immigrant parents, Bollettieri served in the United States army and dropped out of law school to become a coach, shaping the careers of top names including Andre Agassi, Serena and Venus Williams, Monica Seles and Maria Sharapova.

A pioneering mentor who coached 10 world number ones, he was inducted into the International Tennis Hall of Fame in 2014.

“Thank you for your time, knowledge, commitment, expertise, the willingness to share your skill, your personal interest in mentoring me and giving me the best opportunity to follow my dreams,” Indian Wells tournament director and Germany’s former world number two Haas wrote on Instagram.

“You were a dreamer and a doer, and a pioneer in our sport, truly one of a kind.”

Germany’s Sabine Lisicki, the 2013 Wimbledon runner-up, said that Bollettieri had “shaped the game of tennis”.

“You have given so many children a place to work for their dream. Supporting them with your knowledge and the belief that anything is possible. I was fortunate to be one of them,” Lisicki wrote on Twitter.

“You will be dearly missed!”

Bollettieri’s daughter Angelique Anne had announced on Facebook last month that her father was nearing the end.

“Dad is close to transitioning to the next place. Please keep him in your thoughts for a peaceful departure and wonderful journey. We love you, Daddy,” she wrote.

Reports in the U.S. media said Bollettieri died on Sunday.

One of Bollettieri’s first accomplished students was American Brian Gottfried, the world number three in 1977.

Bollettieri founded the Nick Bollettieri Tennis Academy the following year. It was bought by the International Management Group in 1987.

“RIP Nick Bolletieri. Aside from being the greatest coach ever, you were so kind to me, my parents, and my siblings … that meant more to me than anything, you had a big heart and a zest for living,” said former women’s number one Chris Evert.

Patrick Mouratoglou, another noted coach who also worked with Serena Williams, said the tennis family had lost an important figure in Bollettieri.

“Someone who has made our industry grow and has opened opportunities for coaches and players,” he said. “We will remember the very special human being you were and will miss you.”