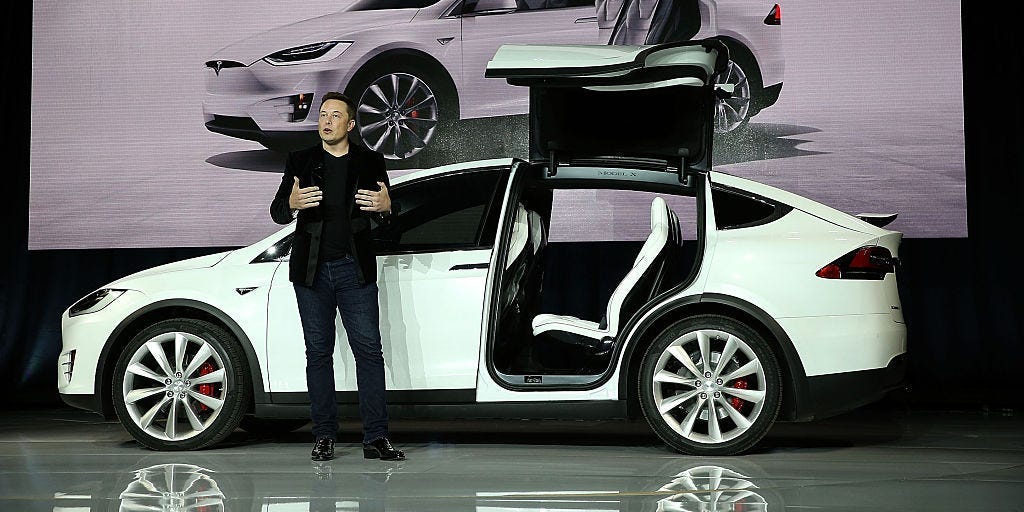 Elon Musk in front of a Tesla

Elon Musk just sold more than $3 billion worth of Tesla shares in a move at least partially designed to free up capital to service bank loans sitting Twitter’s balance sheet.

Investment firm Wedbush said in a new client note that his continued focus on making that mega-acquisition work is denting the EV maker’s brand — something that could cause the Tesla board to step in.

“The Twitter nightmare continues as Musk uses Tesla as his own ATM machine to keep funding the red ink at Twitter which gets worse by the day as more advertisers flee the platform with controversy increasing driven by Musk,” said Wedbush analyst Dan Ives. “When does it end?”

Ives already kicked Tesla off the firm’s “Best Ideas” list back in November.

A Securities and Exchange Commission filing revealed Wednesday that Musk —  the CEO of Tesla and privately held Twitter and Space X — cashed in another $3.6 billion of Tesla stock this week. The sales cut his Tesla stake to about 13.4%. Musk this year has already disposed of billions of dollars worth of Tesla shares to help finance his $44 billion purchase of Twitter which closed in October.

Tesla stock has plunged about 55% in 2022, partially stemming from some investors seeing Musk’s attention on the social media site as a distraction.

Musk has changed the narrative of Tesla from a story of fundamental EV transformation to a “source of funds” for managing Twitter, said Ives. Musk obtained billions of dollars worth of bank loans to aid in purchasing Twitter, loans which need interest payments and are on Twitter’s balance sheet.

Musk has received backlash from Twitter staff over demands to work long hours and has been criticized for enacting mass layoffs and sending controversial tweets including one mocking gender pronouns.

“While we remain bullish on the long-term thesis for Tesla and believe the stock is oversold, Musk continues to throw gasoline in the burning fire around the Tesla story by selling more stock and creating Tesla brand deterioration through his actions on Twitter,” said Ives.

“We believe it’s getting to the point that more activism and growing investor frustration will force the Board of Tesla to confront some of these issues head-on in the near-term,” he said, noting Wedbush maintains its outperform rating on Tesla because of fundamental long-term electric vehicle prospects.

On Wednesday, Loup Capital’s Gene Munster said Musk’s mistakes surrounding Twitter is damaging Tesla’s brand and he needs “to pull it together.”

Home » Audio Sources - Full Text Articles » Elon Musk’s Tesla stock sales are throwing gas on a burning fire, and the EV maker’s board may be forced to confront the Twitter sideshow, Wedbush says
a