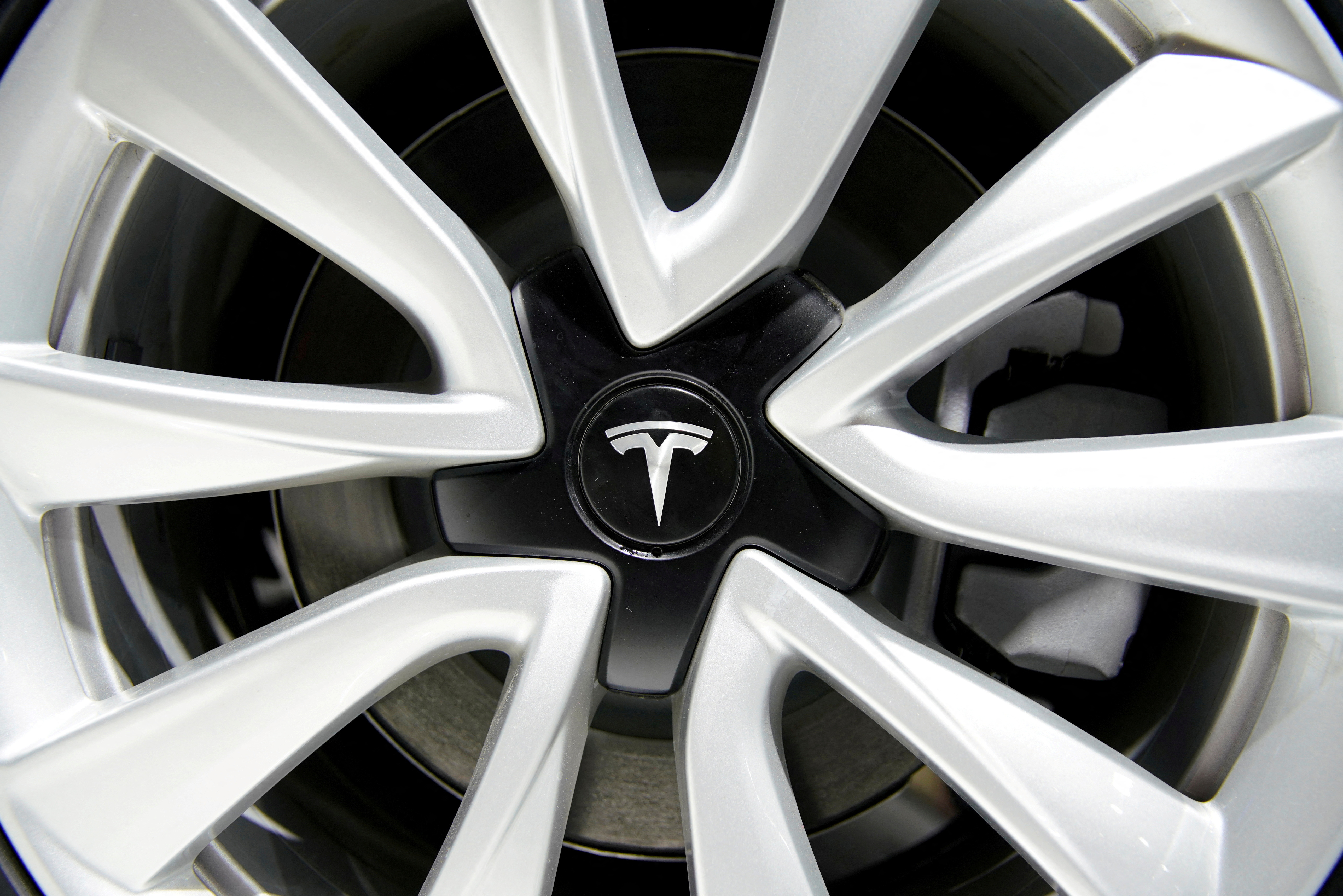 A Tesla logo is seen on a wheel rim during the media day for the Shanghai auto show in Shanghai, China April 16, 2019. REUTERS/Aly Song/File Photo/File Photo

Tesla Inc (TSLA.O) will shorten shift hours at its Shanghai factory and has delayed on-boarding of new staff at its most productive plant, according to a report by Bloomberg News, sending shares down about 2% on Thursday.

The factory in China will shorten shifts by about two hours as early as Monday, the report added, citing sources familiar with the matter.

Still, the plant recorded highest monthly sales of more than 100,000 cars in November.

The EV maker did not immediately respond to a Reuters request for comment.