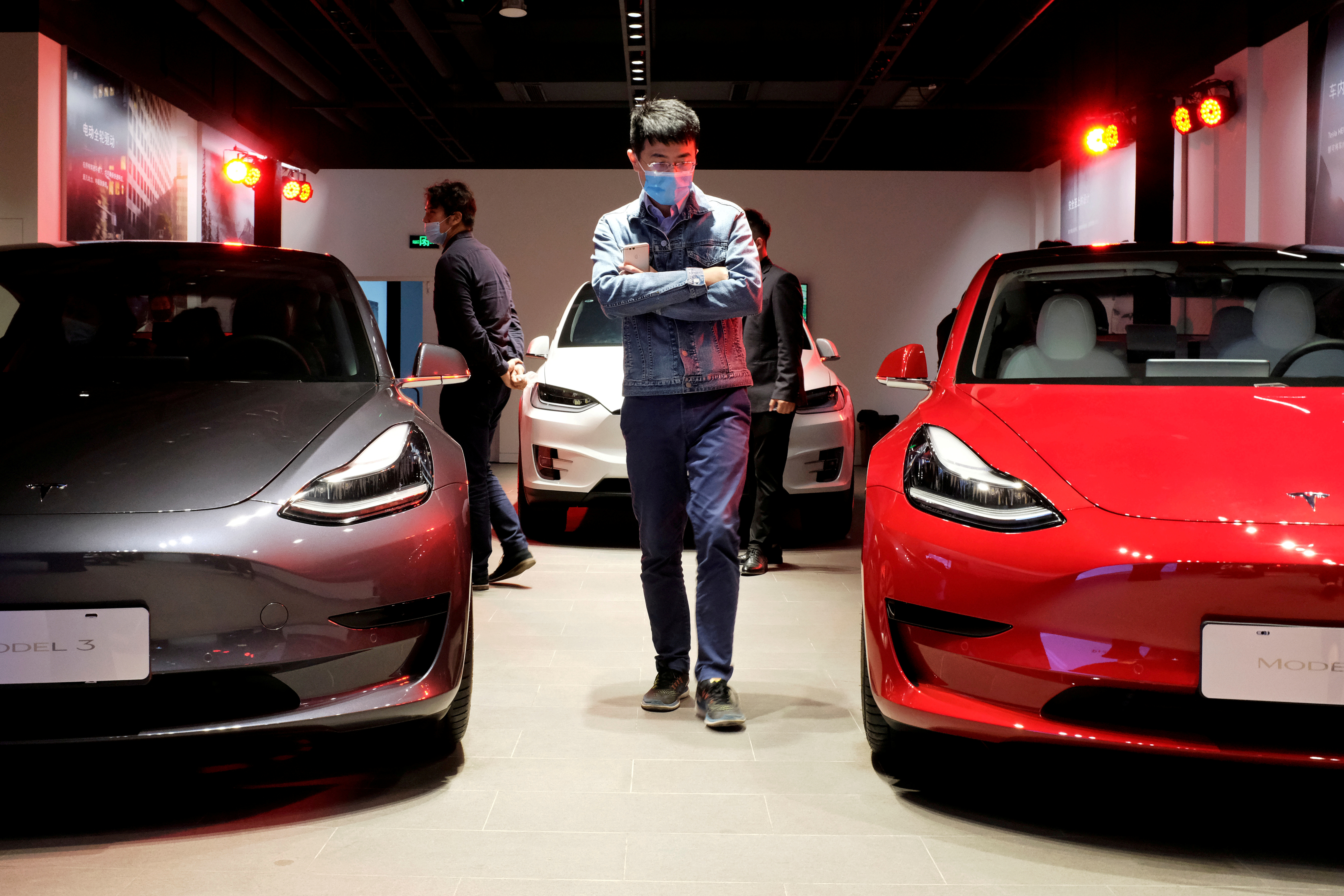 Tesla buyers who waited months for their new car have had an unusual choice for much of the past two years: keep the new electric vehicle, or sell it at a profit to someone with less patience.

But the days of the Tesla flip are numbered – a potential threat to new car prices that are already getting cut.

Prices of used Teslas are falling faster than those of other carmakers and the clean-energy status symbols are languishing in dealer lots longer, industry data provided to Reuters showed.

The average price for a used Tesla in November was $55,754, down 17% from a July peak of $67,297. The overall used car market posted a 4% drop during that period, according to Edmunds data. The used Teslas were in dealer inventory for 50 days on average in November, compared with 38 days for all used cars.

Rising gasoline prices, an effect of the Ukraine war, boosted demand for Teslas, one of few long-range electric vehicles in the market. Tesla Inc (TSLA.O) itself raised prices faster than prices for other cars, building its profit margins. And buyers of some new Teslas took advantage of the booming market to sell their relatively new cars for a profit, then order new ones, driving demand for Tesla’s new cars.

Now fuel prices are easing, interest rates are rising, Tesla output is increasing, and EV competition is growing, leading used Tesla prices to fall faster than the market, and creating a cascading effect on prices of new Teslas.

Nearly a third of used Teslas for sale in August were 2022 models up for resale, a sign that original buyers were aiming to flip, analysts said. That compares with about 5% of other brands on the used market, research firm Edmunds said.

“You can’t sell your current Tesla for more money than you paid for it, which was true for a lot of the past two years,” said Karl Brauer, executive analyst at car sales website iSeeCars.com. “That would reduce demand for new Teslas.”

On Thursday Musk said that the “radical interest rate changes” have increased the prices of all cars, new and used, and that Tesla potentially could lower pricing to sustain volume growth, which would result in lower profit.

Tesla, which has disbanded its media relations department, did not respond to Reuters’ emailed questions.

But Tesla is leading the retreat: the factors that pushed up prices of its vehicles were exaggerated compared with other brands because Teslas were “basically for a long time really the only viable product when it came to used EVs,” said Ivan Drury, director of Insights at Edmunds.com.

EVs such as the Ford F-150 Lightning and the Hyundai Ioniq 5 are coming to market with a lot of buzz, said Liz Najman, content marketing manager at EV researcher Recurrent.

Software engineer Greg Profitt bought a new Model Y last year for $49,000 and sold it three months later for $12,000 more. He ordered a new one – but has just bought a used Tesla at a discount.

“The economy kind of scares me to buy new ” he said, adding that the new $7,500 discount would be too little to sustain demand.