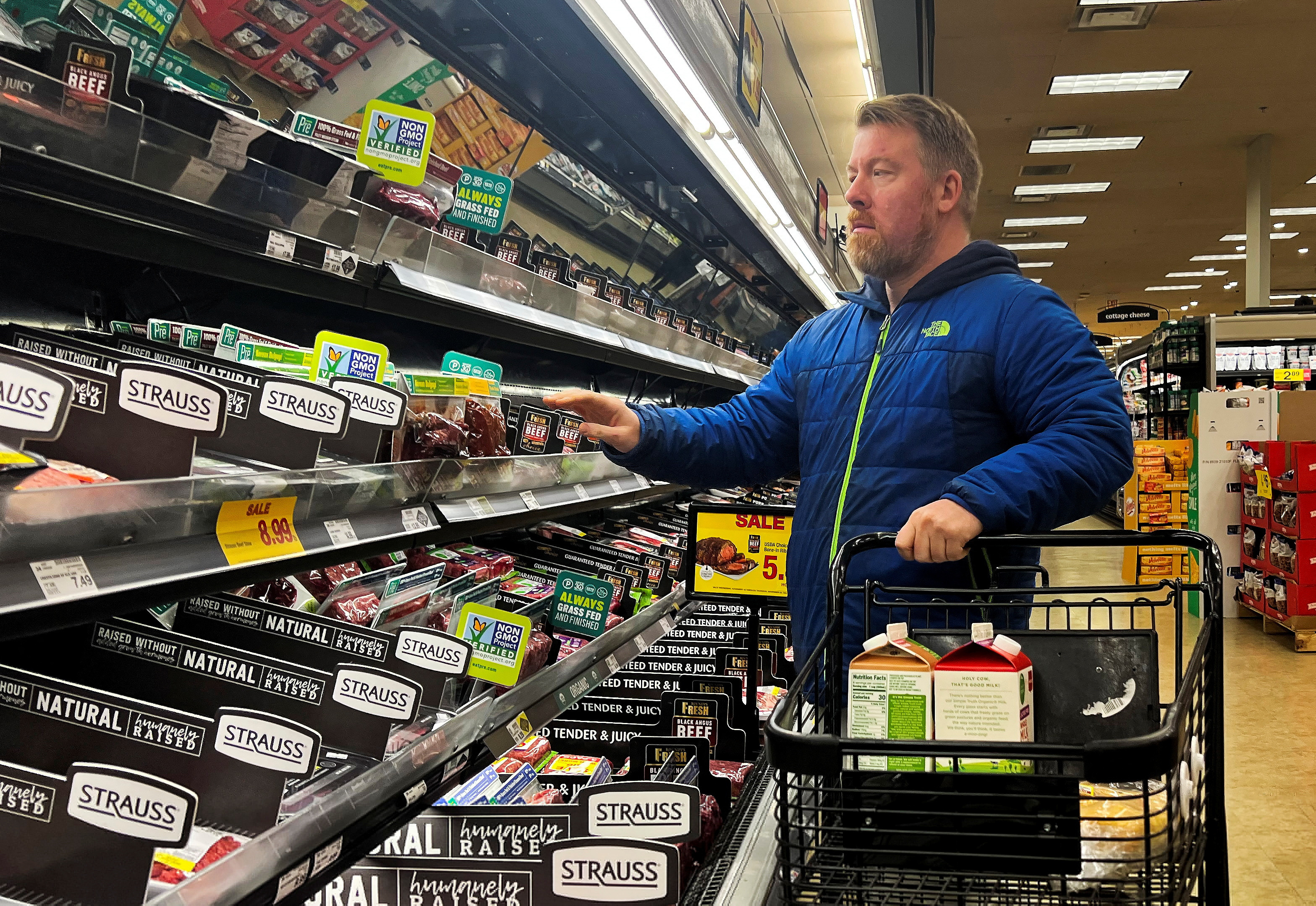 A person shops at a supermarket to buy food ahead of the Thanksgiving holiday in Chicago, Illinois, U.S. November 22, 2022. REUTERS/Jim Vondruska

Deep discounts on everything from fashion to electronics during the Thanksgiving weekend tempted Americans to open their wallets even as inflation weighed on their shopping budgets, a trade group said on Tuesday.

A record 196.7 million shoppers made purchases in stores and online during the five-day holiday period from Thanksgiving Day through Cyber Monday, up more than 9% from last year and well ahead of NRF’s expectations for 166.3 million.

U.S. consumers held out for deeper discounts post-Thanksgiving even as retailers ranging from Target Corp (TGT.N) to Kohl’s Corp (KSS.N) slashed prices weeks before and kicked off a holiday discount frenzy as early as October.

“The Thanksgiving holiday shopping weekend is a tradition treasured by many American families…As inflationary pressures persist, consumers have responded by stretching their dollars in any way possible,” NRF President and CEO Matthew Shay said.

Even as a wave of sporadic rains in parts of the country deterred some consumers from shopping physically, more than 122.7 million people visited bricks-and-mortar outlets while online shoppers grew at a slower pace.

Data from Mastercard SpendingPulse, which measures in-store and online retail sales across all forms of payment, on Saturday also showed in-store sales rose 12% on Black Friday, which has historically been the busiest shopping day of the year.

“It is important to note that while some may claim that retail sales gains are the result of higher prices…It is consumer demand that is driving growth,” Shay added.