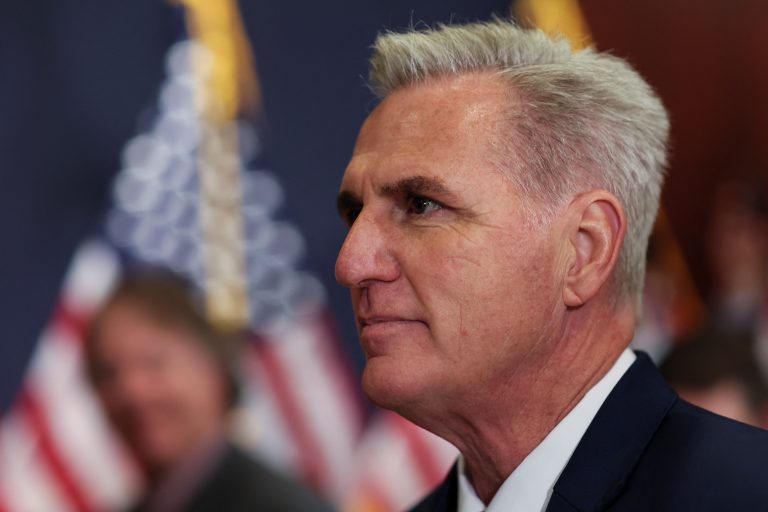 The House of Representatives on Monday evening passed a much-discussed rules package, which was the subject of extensive negotiation between House Speaker Kevin McCarthy (R., Calif.) and the GOP holdouts who eventually helped to elevate him.

But which of these rules will matter in practice? Which are merely symbolic? Below, a guide to the new House rules package and what you really need to know.

Adding to the confusion, though, is that there’s still a lot we don’t know about the scope of the concessions McCarthy made during the negotiations that eventually led to his election as speaker, including deals on key committee chairmanships. Already, we learned on Monday that House Freedom Caucus member Mark Green (R., Tenn.) nudged out McCarthy ally Rep. Dan Crenshaw (R., Texas) for chairmanship of the Homeland Security Committee.

Background: Any rule can be waived by the majority. So the rules are less of a binding requirement and more a reflection of the House majority at any given time, which can override them at will.

1. The motion to vacate: In theory, this rule change makes it easier for McCarthy’s detractors to challenge him by allowing a single member to call for a vote of no confidence in the speaker. McCarthy’s GOP challengers succeeded in extracting from him a concession to lower the threshold for calling such a vote from five members to just one. But any detractor would still need at least five members who want to get rid of McCarthy for a no-confidence vote to succeed.

In reality, this rule allows a small group of lawmakers to gum up the works and apply public pressure on McCarthy, but the threat is likely worse than the reality. Why? McCarthy’s right-wing challengers, who are the most likely to use it, would still need a majority of House lawmakers to succeed. That would almost certainly require them to team up with Democrats to remove McCarthy.

2. The Rules Committee seats: McCarthy ceded three out of nine seats on this key committee to the Freedom Caucus and its allies, handing the conservative faction of the GOP conference more power to decide which bills make it to the House floor for a vote. But the Freedom Caucus has shown it isn’t monolithic in opposing House leadership, and it includes strong McCarthy backers such as Reps. Jim Jordan (R., Ohio) and Marjorie Taylor Greene (R., Ga.). While the three conservative members of the Rules Committee could band together with Democrats to block legislation from reaching the floor, the concession could also backfire on the HFC by forcing other Republican members to negotiate with Democrats to move legislation forward.

That said, as Yuval Levin has noted, the Rules Committee is typically “tightly controlled by the majority party, and in recent decades it has been very tightly controlled by the speaker.” That won’t be the case now. Handing three of the nine GOP committee seats to House Freedom Caucus members is “an enormous and highly significant concession and one with real consequences for the operation of the House,” Levin writes.

The committee is chaired by Rep. Tom Cole (R., Okla.), a McCarthy loyalist.

3. Allowing members 72 hours to review bills before moving them to the floor: This will slow down the legislative process. Republicans have long complained about the way in which former House speaker Nancy Pelosi (D., Calif.) pushed through votes without giving members sufficient time to read legislation—”we have to pass the bill so that you can find out what is in it”—so this rule change is aimed at addressing that gripe. Like other rules, it can be waived by a majority, so if the conference wants a faster vote, it can get a faster vote.

4. Spending: McCarthy agreed to rules that affect both mandatory and discretionary spending.

5. Open amendment process on appropriations bills: This will allow bills to come to the floor under so-called open rules: Every member can offer amendments. That’s a change from recent practice, when allowable amendments were narrow in scope, particularly on must-pass bills. This will slow down the legislative process, and with such a slim GOP majority, McCarthy will face challenges and demands from all sides to get bills passed. That said, he would face those challenges regardless of the amendment process.

6. Subcommittee on the Weaponization of Government operates under House Judiciary Committee: The concern among some Republicans was that a new, high-profile select committee would overshadow other serious oversight efforts by the House. Instead, the right flank of the GOP got a subcommittee chaired by Jordan. This subcommittee will have subpoena power, but it will operate under the jurisdiction of the House Judiciary Committee, also chaired by Jordan, giving it a narrower mandate.

The post The House Rules: Which Matter, Which Don’t  appeared first on Washington Free Beacon.