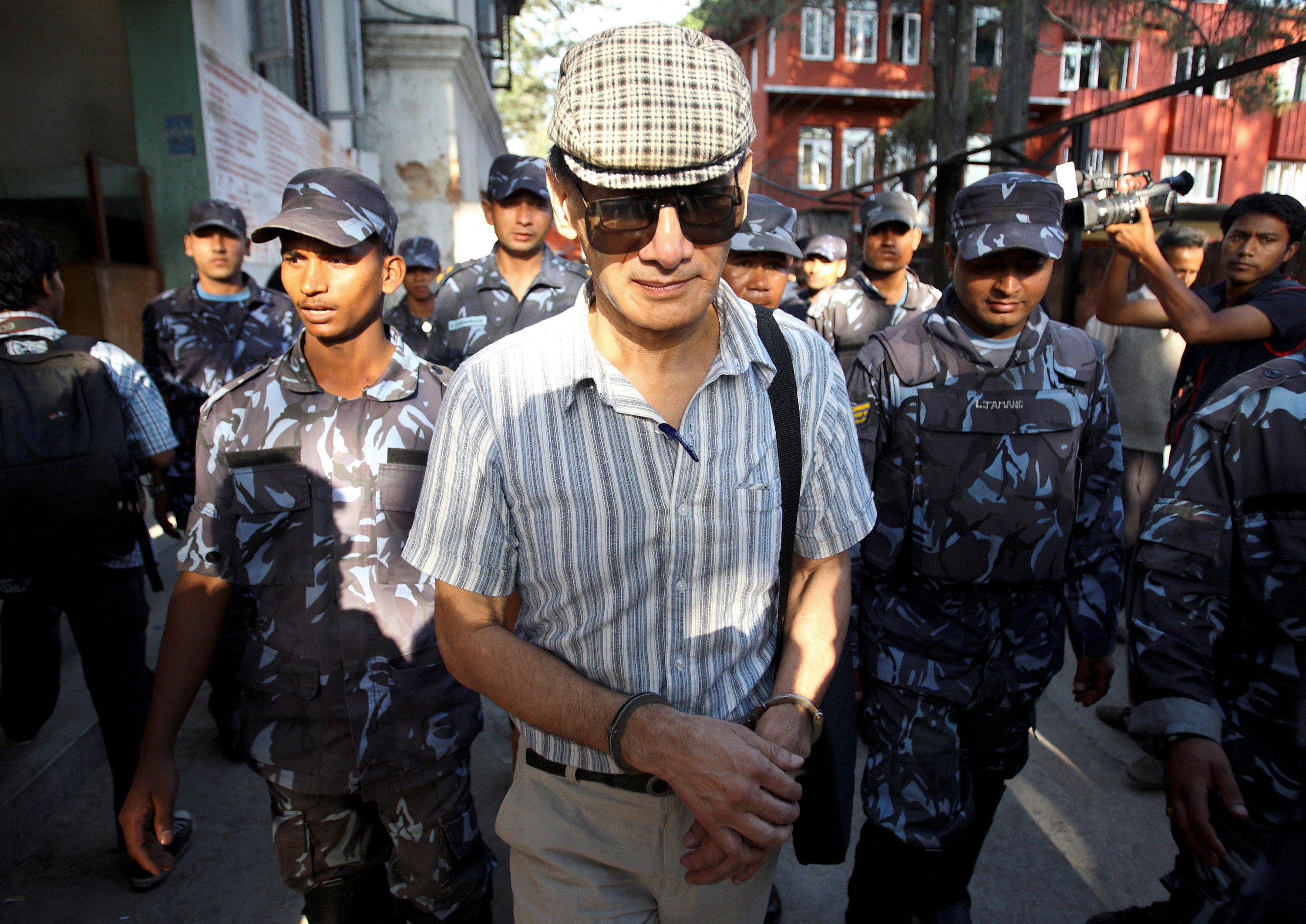 Charles Sobhraj, a convicted killer who police believe killed more than 20 western backpackers on the “hippie trail” through Asia in the 1970s and 1980s, returned to France on Saturday after nearly two decades behind bars in Nepal.

Nepal’s Supreme Court ordered the release of Sobhraj, known as the “bikini killer” in Thailand, and ‘The Serpent” for his evasion of police, on Wednesday citing his advanced age and health.

A French national who was born to an Indian father and Vietnamese mother, Sobhraj, 78, landed at Paris’ main international airport on a commercial flight shortly after 7 a.m.

Sobhraj was met by his lawyer inside a terminal building, according to author Jean-Charles Deniau who wrote ‘Moi, le Serpent” (Me, the Serpent) and was in contact with Sobhraj after his arrival.

Border police were conducting identity checks, French media reported. Sobhraj’s lawyer did not respond immediately to a request for comment.

Sobhraj had been held in a high-security prison in Nepal since 2003, when he was arrested on charges of murdering American backpacker Connie Jo Bronzich in 1975. He was later found guilty of killing Bronzich’s Canadian friend, Laurent Carriere, and had served 19 years out of a 20-year sentence.

But he was suspected of more murders, including in Thailand, where police say he killed six women in the 1970s, some of whom turned up dead on a beach near the resort of Pattaya.

He was jailed in India for poisoning a group of French tourists in the capital, New Delhi, in 1976, before he could stand trial on the charges against him in Thailand.

Sobhraj told French news agency AFP on the flight out of Nepal that he was not guilty of murdering Bronzich and Carriere and that the case against him was built on fake documents.

“I have a lot to do. I have to sue a lot of people,” AFP quoted Sobhraj as saying.

Associates have previously described Sobhraj, 78, as a con artist, a seducer, a robber and a murderer.

In 2021, the BBC and Netflix (NFLX.O) produced a drama series based on the story of Sobhraj’s alleged killings.

France’s interior and justice ministries did not respond to Reuters questions about whether Sobhraj might face criminal charges in France. The statute of limitations for most serious crimes in France is 20 years.