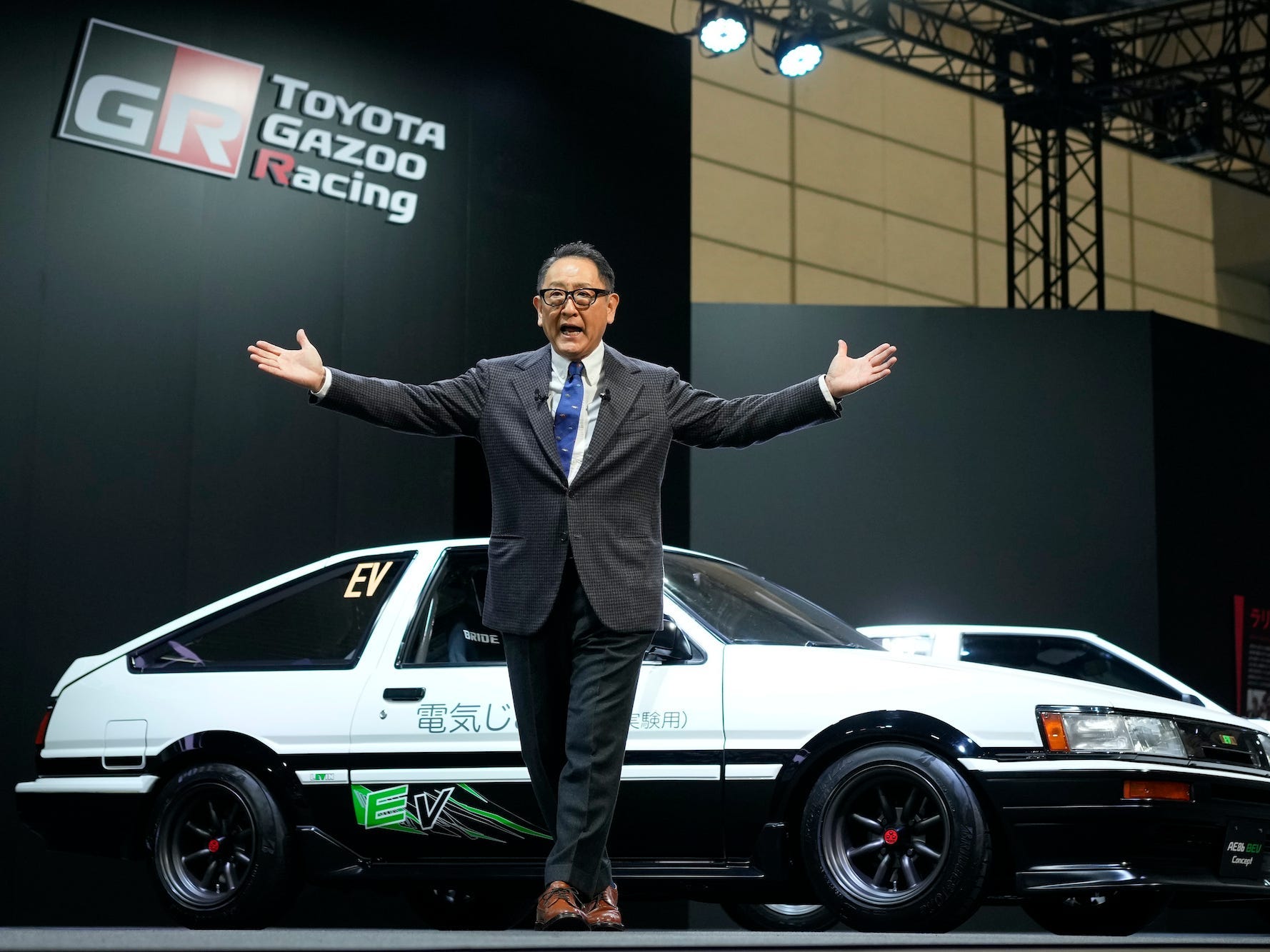 Toyota CEO Akio Toyoda delivers a speech on the stage at the Tokyo Auto Salon, an industry event similar to the world’s auto shows Friday, Jan. 13, in Chiba near Tokyo.

Toyota has an idea for making its cars more eco-friendly — and it doesn’t involve producing any new electric vehicles.

Speaking at an industry event on Friday, Toyoda — the grandson of company founder, Kiichiro Toyoda — said Toyota is looking into swapping sustainable technologies like fuel cells and electric motors into older cars in an effort to expedite an industry push toward electric vehicles.

“I don’t want to leave any car lover behind,” Toyoda said at the Tokyo Auto Salon, per the AP.

The proposal marks a significant step for Toyota, which has lagged behind competitors in adopting electric-powered vehicles.

The company has faced mounting criticism for its lack of committment to producing EVs — a reluctance that is in large part due to the high cost of manufacturing the cars and Toyoda’s insistence that some markets, particularly the US, aren’t ready for them, the Wall Street Journal reported.

Instead, the company has sought out alternatives in the form of hybrid cars that run on a blend of gasoline and electric, and hydrogen-powered cars. While Toyota has established itself as a leader in hybrids, the company’s dedication to the model has led some to believe it has become a means of avoiding a broader push to electric, the AP reported.

According to Electrek, which tracks the development of electric-powered vehicles, Toyota has generated less than 1% of US sales from non-hybrid zero-emission vehicles and “has the least developed supply chain for reducing carbon emissions.”

At the event, Toyoda said that while “regulations have prompted a race to put out EVs as early as possible” that is ultimately “not Toyota’s approach,” per the Wall Street Journal.

Despite its hesitancy to adopt EVs, the company still made a goal in December 2021 to sell 3.5 million EVs a year by 2030. At the time, Toyota also pledged to make all models in its Lexus line electric in the US, China, and Europe by 2030.

“[It] will be difficult but is something we must do,” Toyoda said in December 2021, the Journal reported.