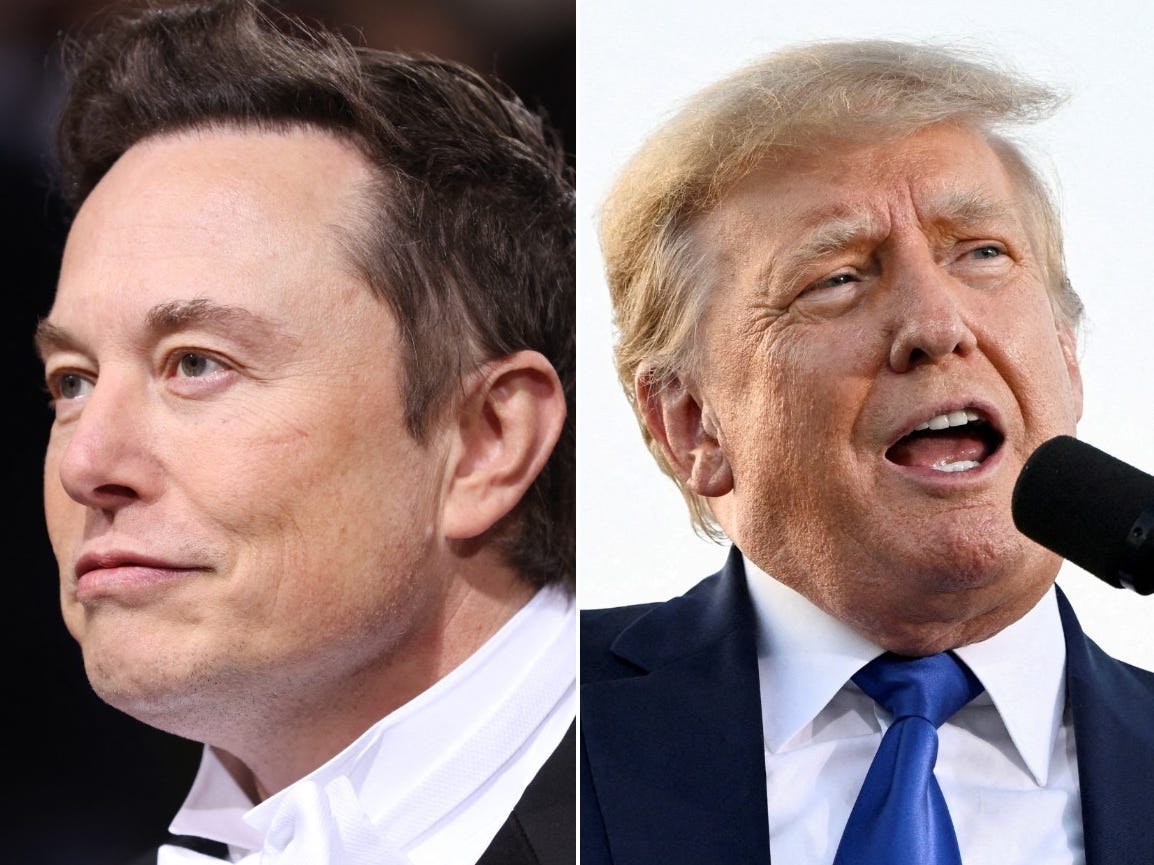 Former President Donald Trump thinks Elon Musk polled people about whether he should remain the CEO of Twitter knowing he would lose.

“I think he wanted to step down. I think that’s a good way of stepping down, you know, just losing a poll and saying: ‘I’m outta here,'” Trump said of Musk during an appearance on One America News on Tuesday.

Trump was referring to the poll Musk posted on Twitter on Sunday, where 57.5% of over 17.5 million people voted for him to step down as the CEO of Twitter. On Tuesday, Musk tweeted that he’ll step down as Twitter CEO when he finds someone “foolish” enough to replace him.

When asked on One America News if he had any advice for Musk, Trump said Musk needs a replacement who wears “a lot of different hats.”

“That’s not an easy thing to find in that world, you need technology, you need politics. You need, sort of, everything,” Trump said. “And you have to have business sense, a good business sense. So it’s going to be interesting to see who that is.”

“It’s a very important part of his legacy, I’ll tell you that,” Trump said of the “Twitter Files,” calling them “more important” than anything else Musk has done.

Trump and Musk have had a rocky relationship over the years. Before the 2016 election, Musk told CNBC Trump shouldn’t be president.

In December 2016, Musk was appointed to two economic advisory councils under the Trump administration. Musk left the posts on June 2, 2017, when Trump said the US would pull out of the Paris Agreement on climate change.

The two started to feud openly in 2022. In July, Trump called Musk a “bullshit artist” and accused him of lying about his voting history. After Trump’s comments, Musk tweeted that it might be time for Trump to give up on being president again.

“I don’t hate the man, but it’s time for Trump to hang up his hat & sail into the sunset,” Musk tweeted on July 11. “Dems should also call off the attack – don’t make it so that Trump’s only way to survive is to regain the Presidency.”

Representatives for Trump and Musk did not immediately respond to Insider’s requests for comment.

Home » Audio Sources - Full Text Articles » Trump thinks Elon Musk’s poll about his future as the CEO of Twitter was a good exit strategy: ‘I think that’s a good way of stepping down’
a