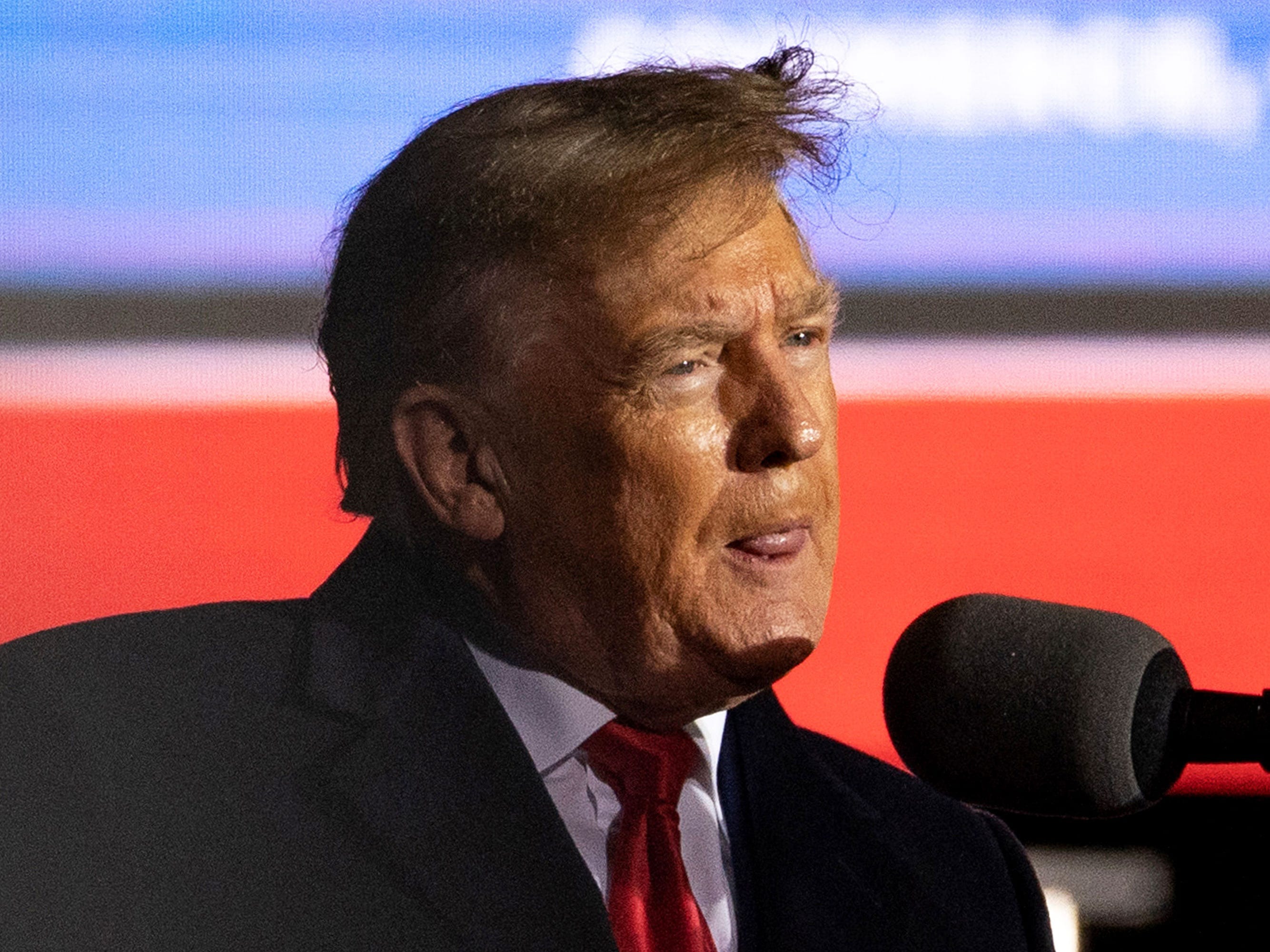 Former President Donald Trump at a rally at the Banks County Dragway on March 26, 2022, in Commerce, Georgia.

There’s a long list of criminal investigations surrounding former President Donald Trump. The one closest to completion may be in Atlanta.

Court filings indicate the DA’s investigation expanded to include Trump’s allies who plotted to send fake electors to Congress on January 6, 2021, and hand Trump a second term.

Willis has swiftly moved the investigation forward. Over the past year, she empaneled a grand jury and fought court battles to ensure testimony from Gov. Brian Kemp; the state’s Republican Party chairman, David Shafer; Sen. Lindsey Graham of South Carolina; and more than a dozen others who spoke with Trump at the time. Two other high-profile witnesses who fought grand jury subpoenas, Mark Meadows and Newt Gingrich, have their cases before appeals courts.

Trump and the fake electors could face charges of election fraud, improperly trying to influence government officials, and criminal solicitation, according to an analysis from the Brookings Institution.

As of December, Willis has gotten testimony from most of the main players in Trump’s plot to overturn election results in Georgia. According to CNN, her office has been negotiating plea deals with participants in the fake-elector scheme.

If she’s going to bring indictments, they could come soon.

If Trump is getting indicted, he’ll almost definitely know first

A high-profile, lawyered-up person like Trump will almost definitely be aware an indictment is coming ahead of time.

Right now, a special grand jury — which is set to sit until May — is hearing evidence and testimony in the case. Once its work is concluded, it will prepare a report either referring or not referring the case to a regular grand jury, according to Ronald L. Carlson, a professor at the University of Georgia School of Law.

A regular grand jury, which sits for two months, would probably move swiftly, Carlson said, since it would have all the evidence painstakingly compiled by the special grand jury.

“The reason it’ll go very fast is the regular grand jury will have a transcript from the testimony of a laundry list of witnesses that have already testified to the special grand jury,” Carlson said. “Witnesses like the Georgia secretary of state, the Georgia governor, Senator Lindsey Graham, Michael Flynn, Rudy Giuliani, and others.” 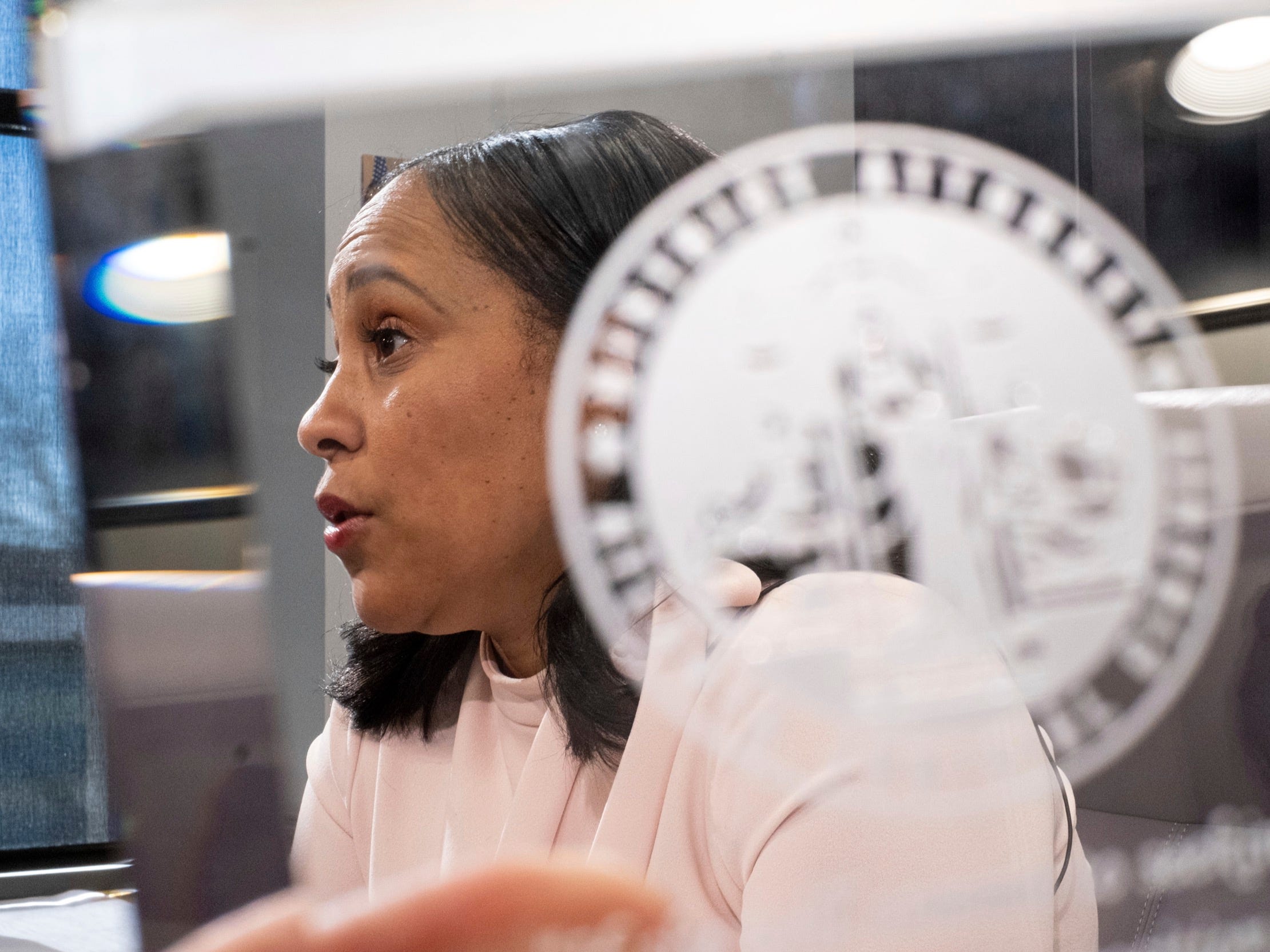 Fani Willis, the district attorney of Georgia’s Fulton County, in her office on January 4, 2022.

If the regular grand jury returns an indictment, the Fulton County district attorney’s office would typically file it to court under seal. At that point, Carlson said, they’d tell Trump’s lawyers it was filed and give him an opportunity to turn himself in.

The prosecutor’s office might give Trump a few days to make arrangements and fly from his home in Florida to Georgia, according to Dmitriy Shakhnevich, a criminal-defense lawyer in New York who is a professor at the John Jay College of Criminal Justice. Unlike with some other people charged with crimes, there isn’t an immediate risk that Trump would try to overturn election results again anytime soon.

“If you have a crime of violence, then there’s a real risk — then they’re not going to be very flexible,” Shakhnevich told Insider. “They will tend to be flexible in a case like this. I can’t imagine they’d be too flexible. Maybe they’d give him a week to come in.”

If Trump is criminally charged and refuses to surrender, then he could be arrested. One way or another, he’d be required to travel from his home in Mar-a-Lago to a courthouse in Atlanta.

Trump could be extradited

If Trump is charged with a felony anywhere in the US, he can be arrested and extradited to wherever he is charged.

There’s been some speculation that Gov. Ron DeSantis of Florida might block extradition, but he doesn’t have any power to intervene. The extradition process is laid out clearly in Article 4, Section 2, of the US Constitution and clarified by federal laws.

“Assuming hypothetically that the president might be indicted on felony charges, he can’t escape justice by simply saying, ‘I’m not going to go to Atlanta,'” Carlson told Insider. 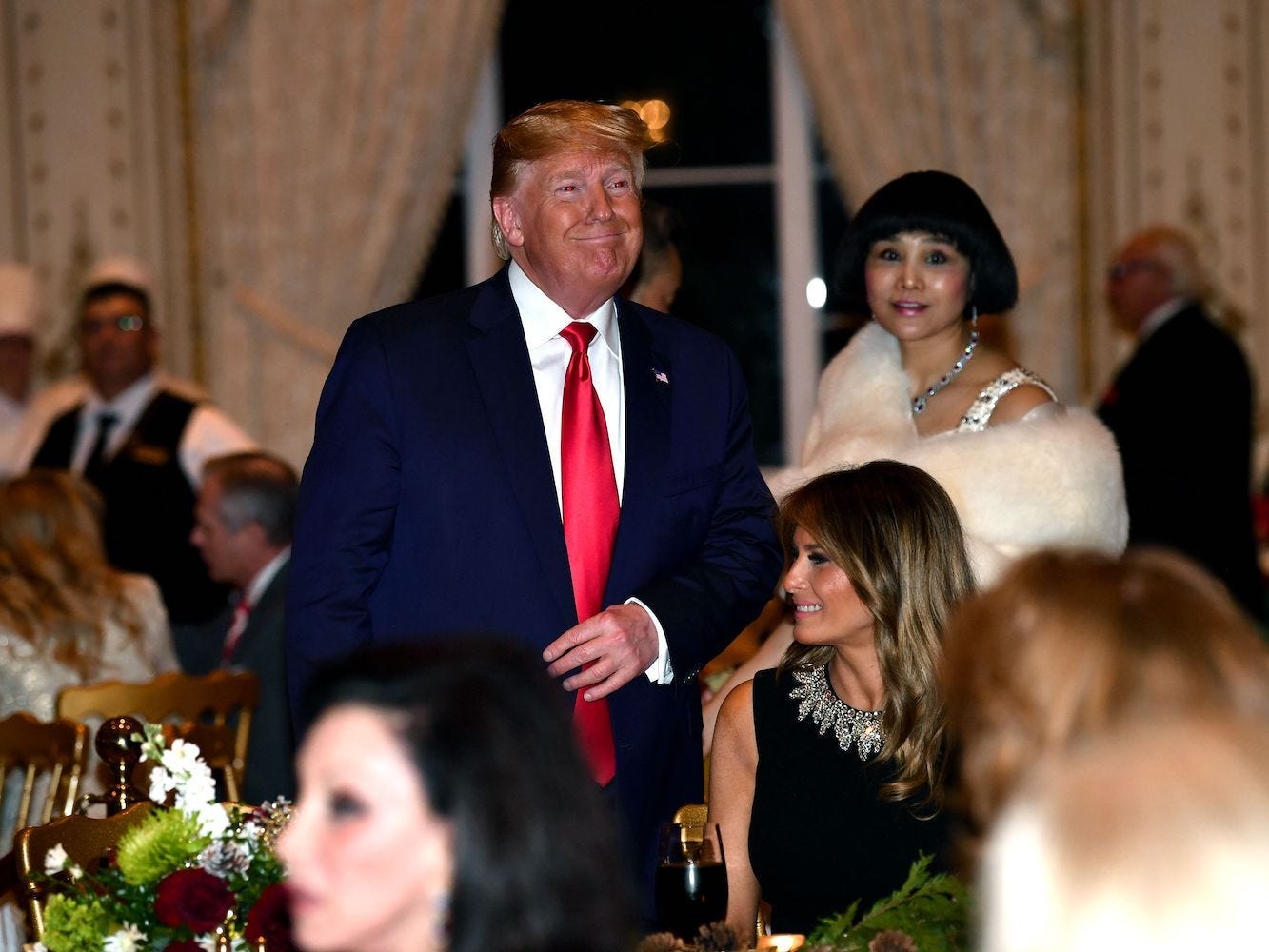 A law-enforcement department in Atlanta — most likely the deputy sheriff’s office, Carlson said — would ask counterparts in Florida, like the Palm Beach sheriff’s office, to execute an arrest. Secret Service agents would probably come along with him, as Insider previously reported, but are unlikely to be involved in the arrest process.

Though Trump has repeatedly derided the investigation into his activities as politically motivated, he would have little success fighting an arrest and extradition, according to Shakhnevich.

“That kind of political stuff won’t fly,” Shakhnevich said. “If there’s an enforceable court order that allows for the execution of an arrest, he won’t play those games.”

He probably wouldn’t have to await trial in jail

Upon arriving at the courthouse in Atlanta — whether by force or voluntarily — Trump would have an arraignment hearing, in which a judge sets the conditions of his release ahead of trial.

The Fulton County district attorney’s office could ask to keep him in custody or to have a high bail set to ensure his return.

The risk that Trump would flee the United States, however, is remote, according to Carlson.

“He’s such a high-profile figure. He’s not going to be able to disappear into the beaches of Thailand or something like that,” Carlson said. “So the risk of flight is, in my view, nonexistent here.” 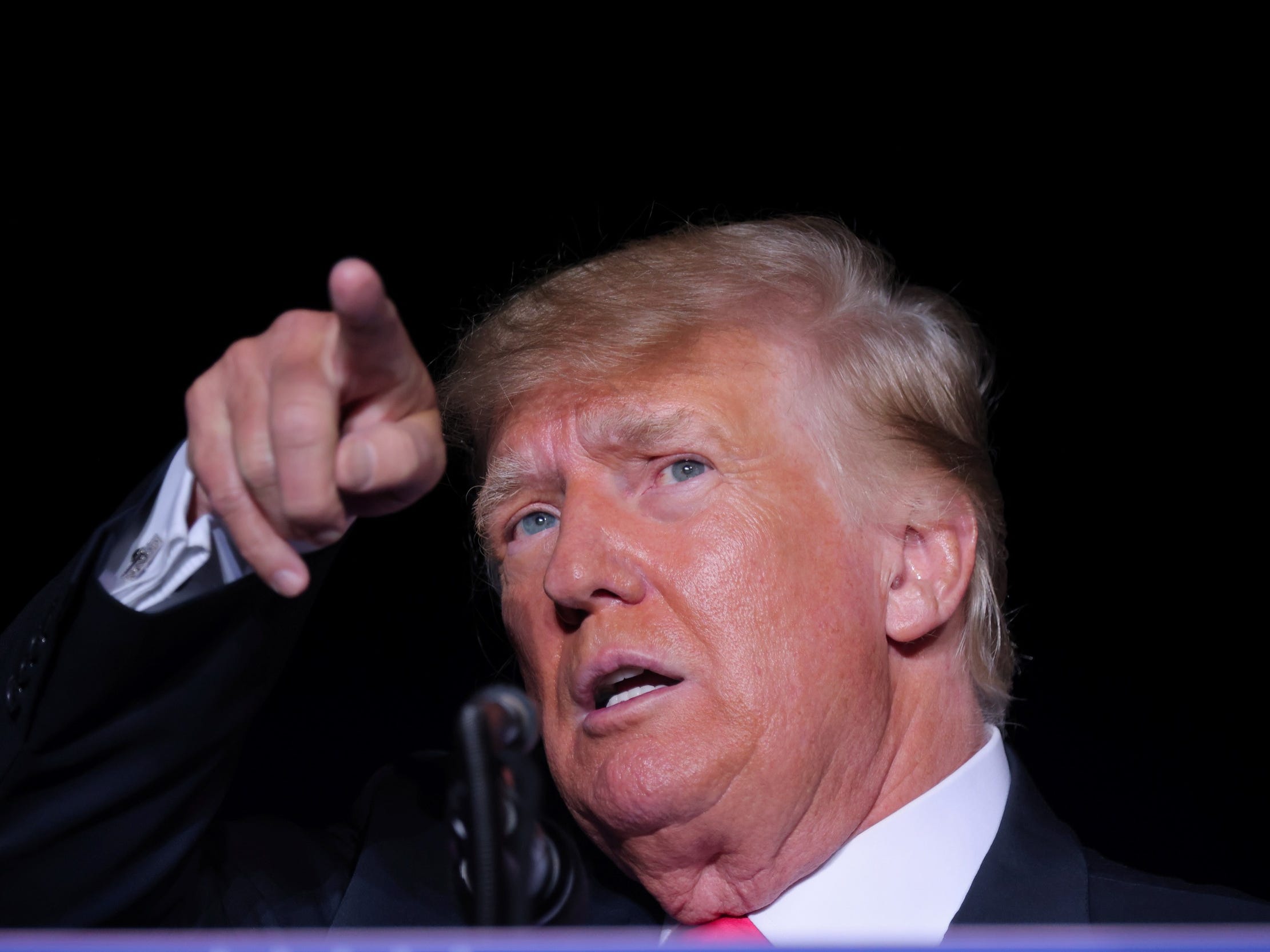 The judge may also take away his passport, according to Shakhnevich, to keep him from fleeing. But in practicality, it doesn’t mean much, Shakhnevich said.

“All that means is he’ll have to check in with the courts if he ever wants to go anywhere, and the courts can always grant him permission to go,” Shakhnevich said.

One option Trump would have is to waive his appearance and allow his lawyers to represent him throughout “some of the preliminary stages,” Carlson said.

Assuming Trump doesn’t plead guilty, the case would move into criminal discovery and then a trial.

Trump’s schedule is expected to be packed. He’s running for president in 2024 and has other legal cases to worry about as well.

A trial for a lawsuit from a group of plaintiffs who alleged he hawked a multilevel-marketing scam is expected to move forward in 2023 or early 2024. He also has a pending lawsuit from E. Jean Carroll, who accused him of rape, and from the New York attorney general’s office over his business practices.

And then there are the other ongoing criminal investigations, most notably from the Justice Department and Manhattan district attorney’s office.

If Trump is charged in multiple jurisdictions, Georgia would have the edge

US attorneys working for the Justice Department have an obligation to give the higher-ups in Washington, DC, a heads-up when they intend to bring an indictment against a high-profile figure.

Individual district attorneys — working for local districts rather than the federal government — have no such obligation. But Willis would most likely give US Attorney General Merrick Garland some notice anyway, Carlson said. Garland recently appointed a special counsel, Jack Smith, to investigate the fake-elector scheme as well, along with Trump’s possession of government documents held at Mar-a-Lago after he left public office. 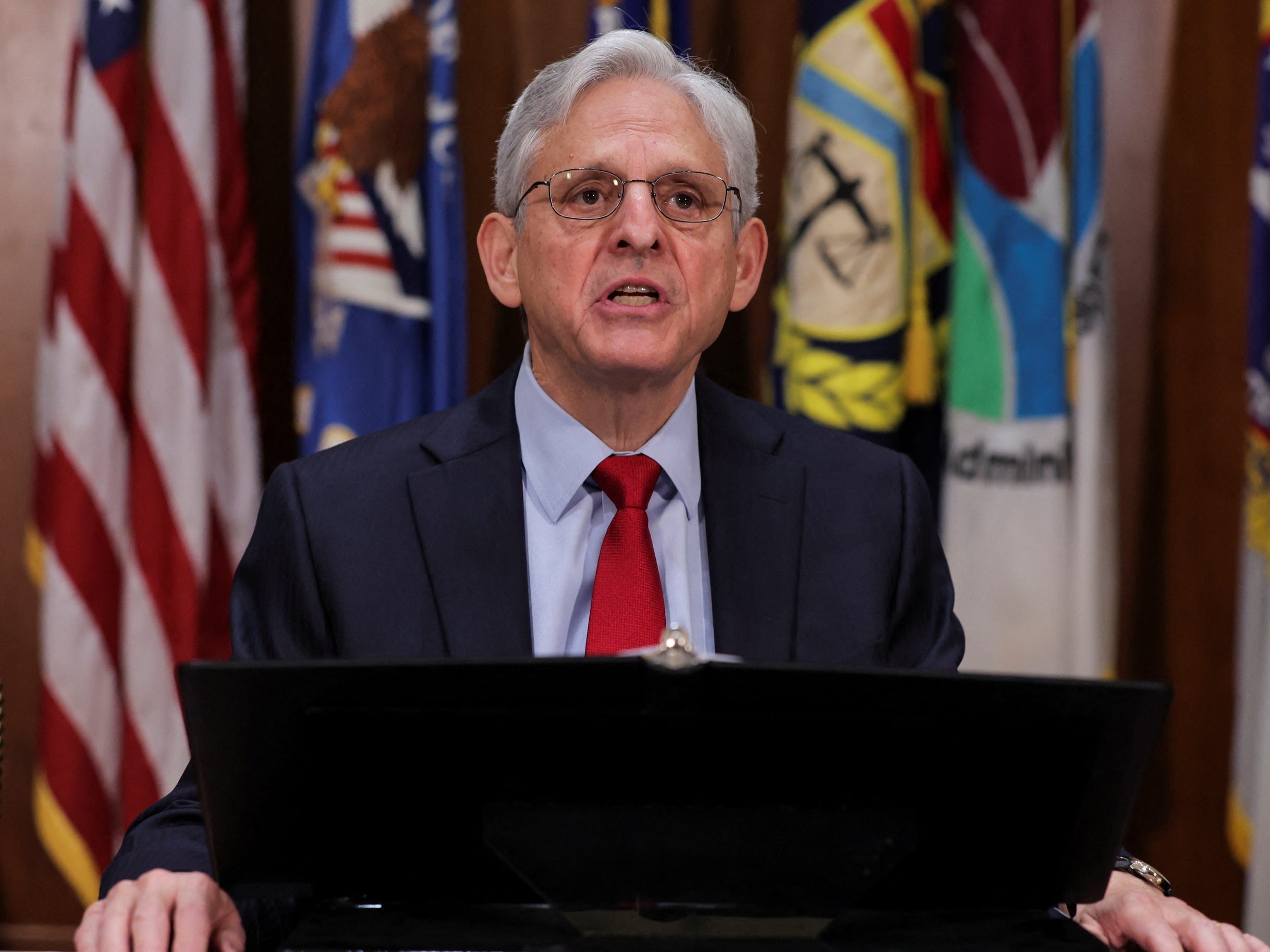 Attorney General Merrick Garland delivering remarks on the verdict in the trial of Oath Keepers leaders and members during a news conference at the Justice Department on November 30, 2022.

That doesn’t mean Willis has to defer to the Justice Department, though. If Smith were to bring charges against Trump related to possessing government documents, or the Manhattan district attorney’s office were to bring an indictment because of his company’s finances, Willis’ case could still move full steam ahead if she filed the indictment first.

“If the Georgia authorities are ready for trial, they do not have to wait to see what comes out of the Mar-a-Lago search,” Carlson said.

The judges overseeing each case would have to do a multi-jurisdictional dance to make sure Trump has time to put up a proper defense for each trial. The case in Georgia, Carlson pointed out, is especially potent because of how uniquely strong the evidence is and how reliable the witnesses would be.

“So far as I know, in none of these other investigations do they have a recording of former President Trump trying to persuade officials to take certain actions,” Carlson said. “The secretary of state of Georgia is responsible for that. He’s the one that recorded the phone call, which said, ‘Brad, I want you to find me 11,780 new votes.'”

Home » Audio Sources - Full Text Articles » Prosecutors in Georgia are fast approaching a decision on whether to charge Trump. Here’s how it would go down.
a